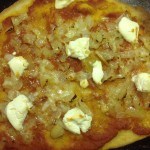 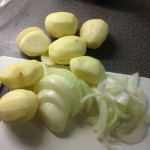 Today, I did a demo of ThriftyLesley food at a local church, although I am atheist, to about 15 ladies.
In one hour, we managed to produce 2 breakfasts, 2 lunches and 2 dinners.
Started off with a bacon and sweetcorn pie, to demonstrate the oil pastry, and put some carrots in to roast for carrot hoummous.
Then went on to jammy oat bars and tomato scones, cut small, and cooked those at the same time.
Next was supposed to be spicy parsnip soup, but sainsbury didn’t have any parsnips when I went there last night, so I did sweet potato and lentil soup instead.
Whizzed up the carrot and chickpea hoummous (hummi?)
Then the shortest cooking time things, raisin breakfast pancakes and spaghetti carbonara.
I was waffling away the whole time, and as I hoped, the ladies were asking questions as we went, plus I remembered to keep asking them questions that needed more than a yes or no.
It all went very well and I hardly took any food back home.
We produced 29 meals and a batch of scones for the grand total of £4.95. The organiser insisted I tell her how much the food cost, otherwise I wouldn’t have added it up, but this miserly total brought it home to me just how bargainous our meals are! 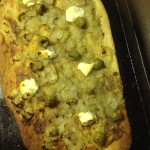 We had pizza this evening, and I finally got to test some of the anchovy paste. I did the 2 big pizza mix and topped DP’s with HM tomato sauce, heavy on the onion, mushroom, pepper, sweetcorn and cheese. Then the other half, I split into two again, and did one half with just tomato sauce, more onions and a small sprinkle of cheese and a few half tsps of soft cheese, and the final piece with a smear of anchovy paste, onions, olives and a few tsps of soft cheese.

Wish I could take pictures that reflected the flavour of the things I make!

This was one of those times that I was surprised by the cost, it was more than I thought it would be.

Utterly delicious mind! The anchovy paste delivered only the mildest of fishy flavours while tasting deeply savoury, with little hits of creaminess from the soft cheese, and the olives didn’t make it too salty either. It was lovely, recommended.

Even leaving off the olives and soft cheese would only bring it down to 28p, which is still more than the original 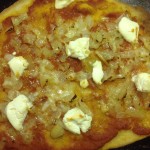 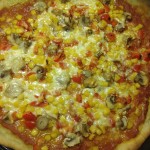 these are the pizzas, the anchovy one first, then the other one 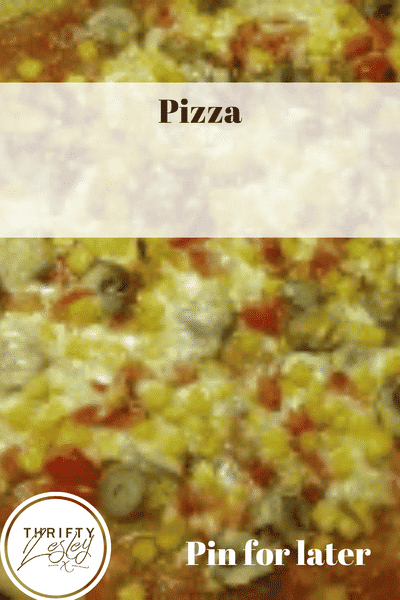