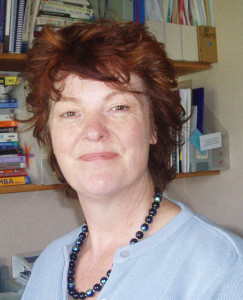 My name is Lesley and I live in a small market town in East Sussex, a lovely area of south east England. That picture is getting rather old now!

I love gardening, cooking, walking, getting involved in my local WI and U3A and generally creating something out of nothing. I make clothes and love to knit, but not many people want knitted things nowadays.

Why I Know About Being Broke

On an (even more) personal note, when I was a young teenager, I met someone 10 years older than me. I was very young and naïve and ended up getting pregnant which was a much bigger deal for a single girl in 1968 than it is now, so I was quickly married off to the chap. When I was 5 months pregnant with our second child, I realised I was never going to have a good life with this person and ran off back to Mum’s. That house was so crowded there was nowhere for us to be, I had to sleep under the table and my eldest, who was still only 18 months old, was stuffed in a corner. The next 4 years was a nightmare of trying to find somewhere to live. We never actually slept rough, but it got horrifyingly close sometimes. The ‘social’ were as unhelpful, obstructive and obnoxious as they still can be. Telling me that I would be co-habiting if I rented somewhere with my brother. We had thought we would probably be able to manage between us. Telling me that ‘we can’t have young women running off and leaving their husbands willy nilly, your Father can keep you’. There were long periods where I had no money. At all.

Trying To Find Somewhere To Live

The council would laugh when I pleaded with them for somewhere to live, ‘we haven’t got anything’ they said. Another part of the council said ‘don’t make too much fuss, our only option is to take the children into care, then you’ll never get anywhere from the council’.

There was so much stress at Mum’s, I simply had to find somewhere. We tried staying at friends, advertising in the local paper, scouring all the ads, sharing etc etc etc. It didn’t help that no-one at ‘home’ knew anything about the benefit system, so we didn’t know our way around their labrynthine ways. My eldest went to 7 different schools in her first term we moved around so often. Finally, finally, after 4 of the worst years of my life (bear in mind I was still only in my early 20’s at this point) someone suggested making it personal with a councillor. So I found out the name of one of them, went to see him at his house, and within 2 weeks he had found me somewhere to live. Bless him, I was so, so grateful. I was a single parent there for another 4 years, struggling away on benefits, and then I met my now husband, and we have been together ever since. That was in 1977, a lifetime in more than one way.

I tell you this, not to share a tale of woe, but to say that I understand what it is to have so little that desperation lives with you. Fear a daily companion and dreams of an ordinary, normal life seemingly beyond your grasp.

I don’t live that way now, and haven’t for a long time, but times like that never leave you completely. It has left me with a deep interest in all things frugal, particularly making cheap meals, and making the most of every resource, so recycling and not throwing anything away if it has any use left.

I have always cooked, even when I was working long hours, and have learned a few things over the years on how to get food on the table without taking too long or spending too much. And in recent years, I’ve refined that even further, making a real specialty of cheap family recipes. I helped out writing www.cheap-family-recipes.org and then started Thrifty Lesley.

Having been broke many times in my life, a resource like this would have helped me then (even tho the internet hadn’t been invented when I was broke, yes I’m that old!). I enjoy technology, so thought I would start this blog, and see what happened, and the rest…….

The most popular posts in the last month

The most popular posts on the blog