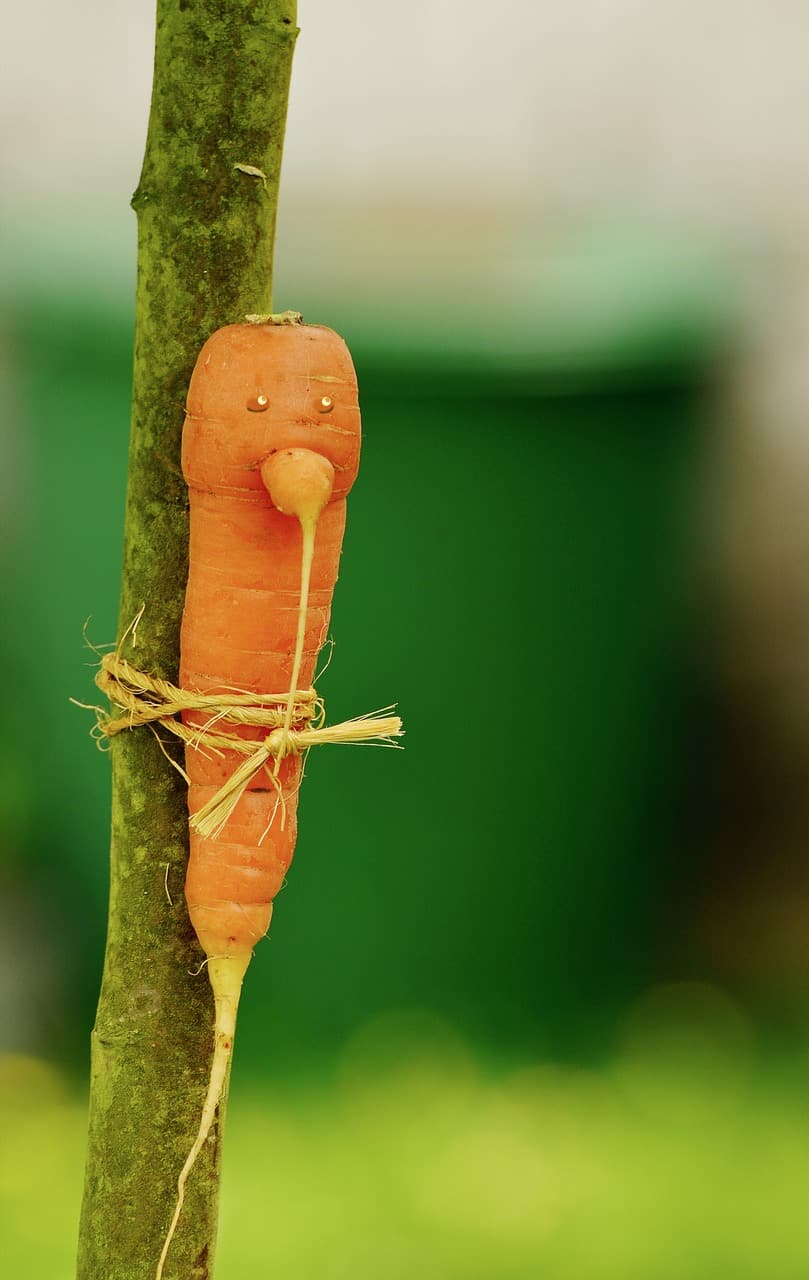 Tried this today. Have been reading Hugh Fearnley-Whittingstall’s Veg Every Day, there are lots and lots of lovely recipes in it, including several hummus ones. I am quite a fan of H F-W, I like his ideas and his recipes are often usable, using everyday ingredients and with a lot less butter, cream etc than many other chefs.

Hugh tends to twiddle with his recipes quite a lot, don’t we all! So the link isn’t quite the same as the one in the book. This is my version of that recipe with a few frugal tweaks and twiddles.  I have reduced the oil from 6 tblsps to 4 as I didn’t want to use that much oil. I have actually made a Slimming World hummus using the usual chick peas, that doesn’t use any oil at all. It is amazingly good. So if you wanted to reduce the calories, leaving out the oil here would be worth a try.

Rather than the more common orange juice, I used a small tangerine, peeled and used whole. Or you could use some mandarin segments from a tin. By all means use orange juice if you have it.

The substitution of smooth peanut butter instead of tahini might seem a little strange, but if you taste a little tahini, it does taste like peanuts.
Having made it and used it, it would be different of course, but it would still taste delicious using neither tahini or peanut butter. 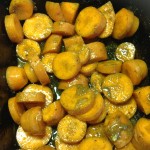 This delicious mix can be used in all the usual ways. As you can see from the picture, I had mine in a sandwich, which I loved. It would work well on pasta and rice, in pitta and with crudités. 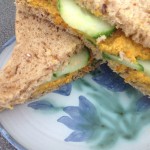 The tubs in the picture are 500ml, and this mix filled a tub to the top, plus a qtr one, so there is quite a lot. A lot more than you would get in a supermarket tub. Makes about 700g 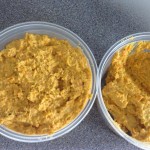 Sesame being a common allergen, smooth peanut butter can be substituted for the tahini, making a hummus recipe without tahini. It’s just as nice without either, different flavour of course

It was yummy with the spices, but I don’t think they are essential, it would be just as nice, in a different way, without any, or indeed with a completely different spice selection. Tandoori mix would be my first try, or how about ginger and turmeric, or amchur or sumach which both give a sharp fruity flavour. Have a try and see what you come up with.

Yes, it is. All the variations I have seen have been a great option for vegans. There are so many different kinds you can make, you could have a different flavour every day for a month!

Change the carrots to swede, parsnip, sweetcorn, peas or fennel for a completely different flavour. I would keep the lemon, but omit the orange

Try pomegranate molasses with carrot; a little black treacle with swede to offset the bitterness; include apple with the parsnip; add the lemon zest as well for the sweetcorn; mint with the green peas and apple and a little thyme with the fennel version

Things You May Never Need To Buy Again – Hummus 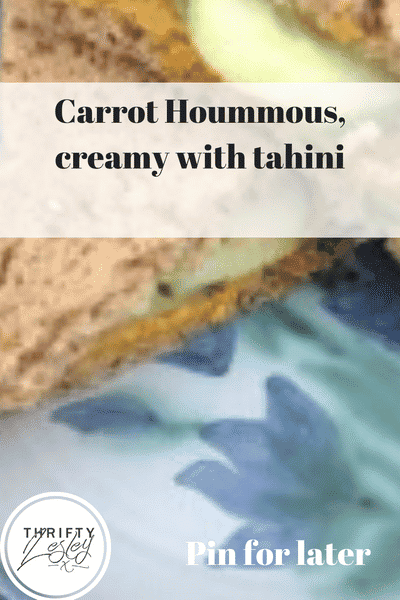 Vegetarian
Servings: 6 servings
Cost per portion 18p plus accompaniments
Calories: 183kcal
Author: Thrifty Lesley
Click on the check box to cross off Equipment, Ingredients or Recipe Steps completed.
If you click and buy anything, I may get a small commission on the purchase. It won't cost you anything extra. Some are just things that I like and/or use myself rather than necessarily best value 🙂
If you enjoyed this recipe, would you please consider leaving a review? It would really help

It was yummy with the spices, but I don’t think they are essential, it would be just as nice, in a different way, without any, or indeed with a completely different spice selection. Tandoori mix would be my first try, or how about ginger and turmeric, or amchur or sumach which give a sharp fruity flavour. Have a try and see what you come up with. The whole recipe comes out 976 cals, 83g fat, 14g protein, 43g carb Got a great recipe? How about submitting it to appear on Thrifty Lesley!