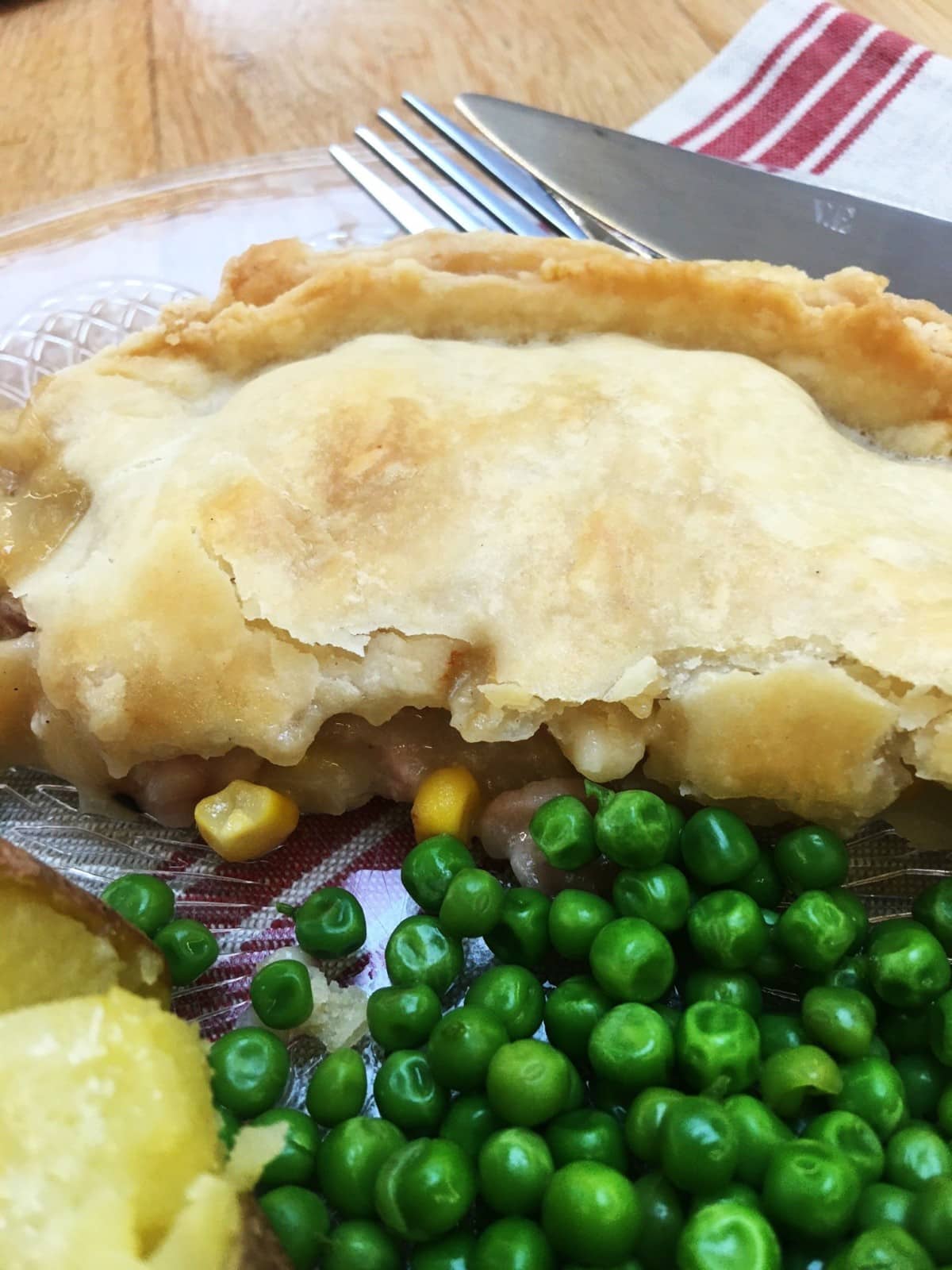 This recipe is one of those extremely variable ones. You can bake this as a pie, leave the top of and bake as a bacon and sweetcorn tart, or steam it as a pudding and change the filling in a great many ways. This version costs just 32p a serving, including all sides The bacon & sweetcorn pie features on Meal Plan 1 and can be used as a real blow out Sunday lunch by following it with Baked Marmalade Sponge.

How to make bacon and sweetcorn pie 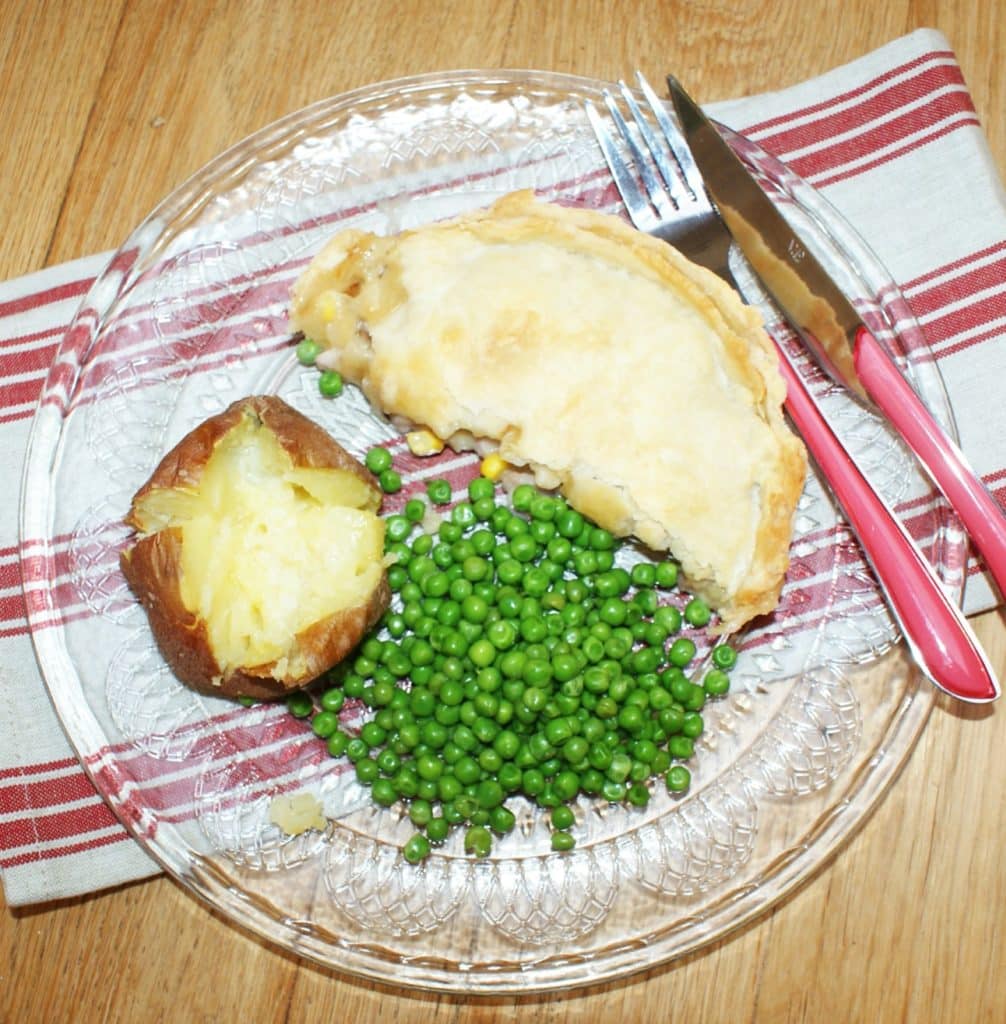 Chop a small onion and a couple of rashers of bacon. 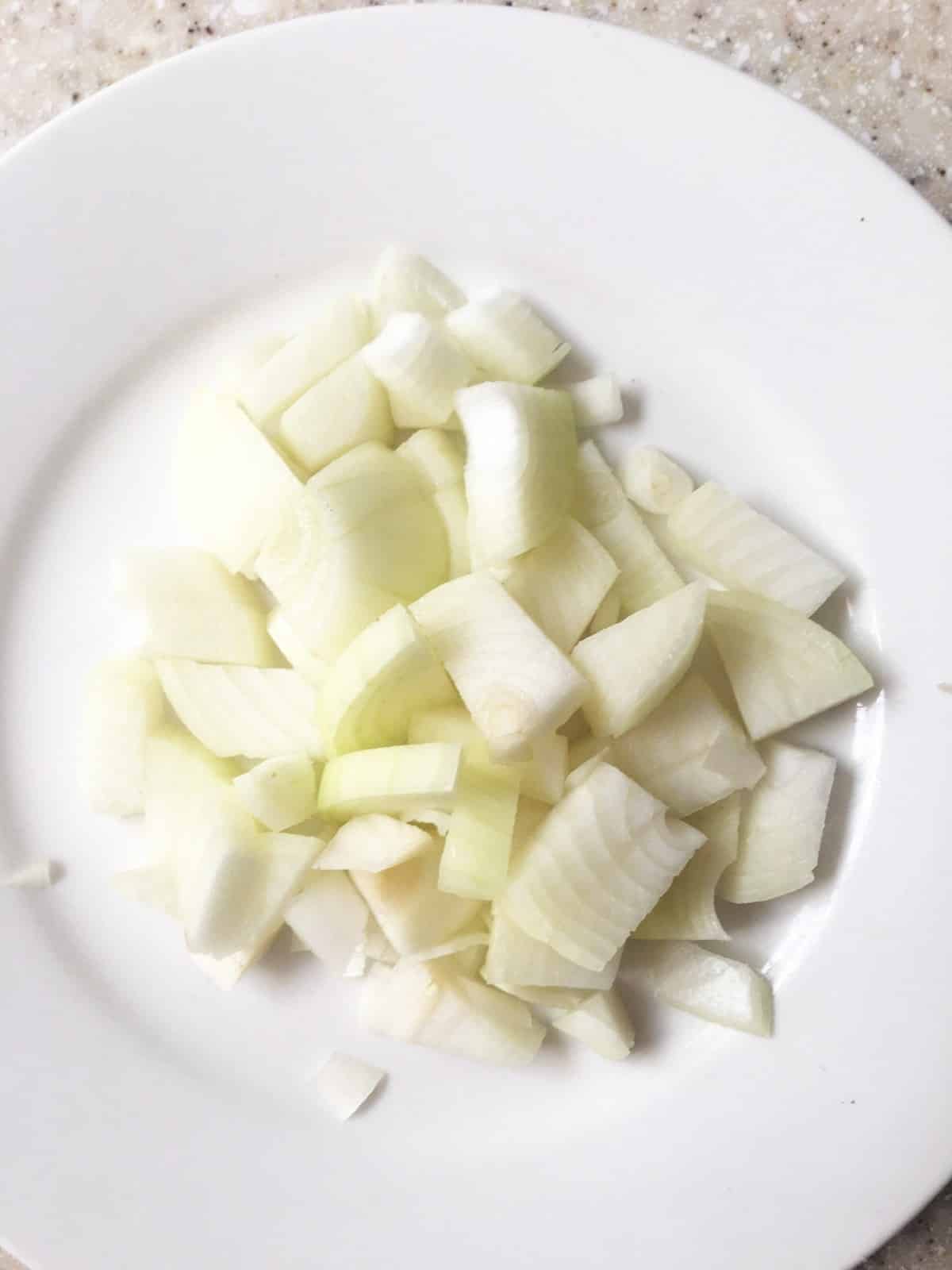 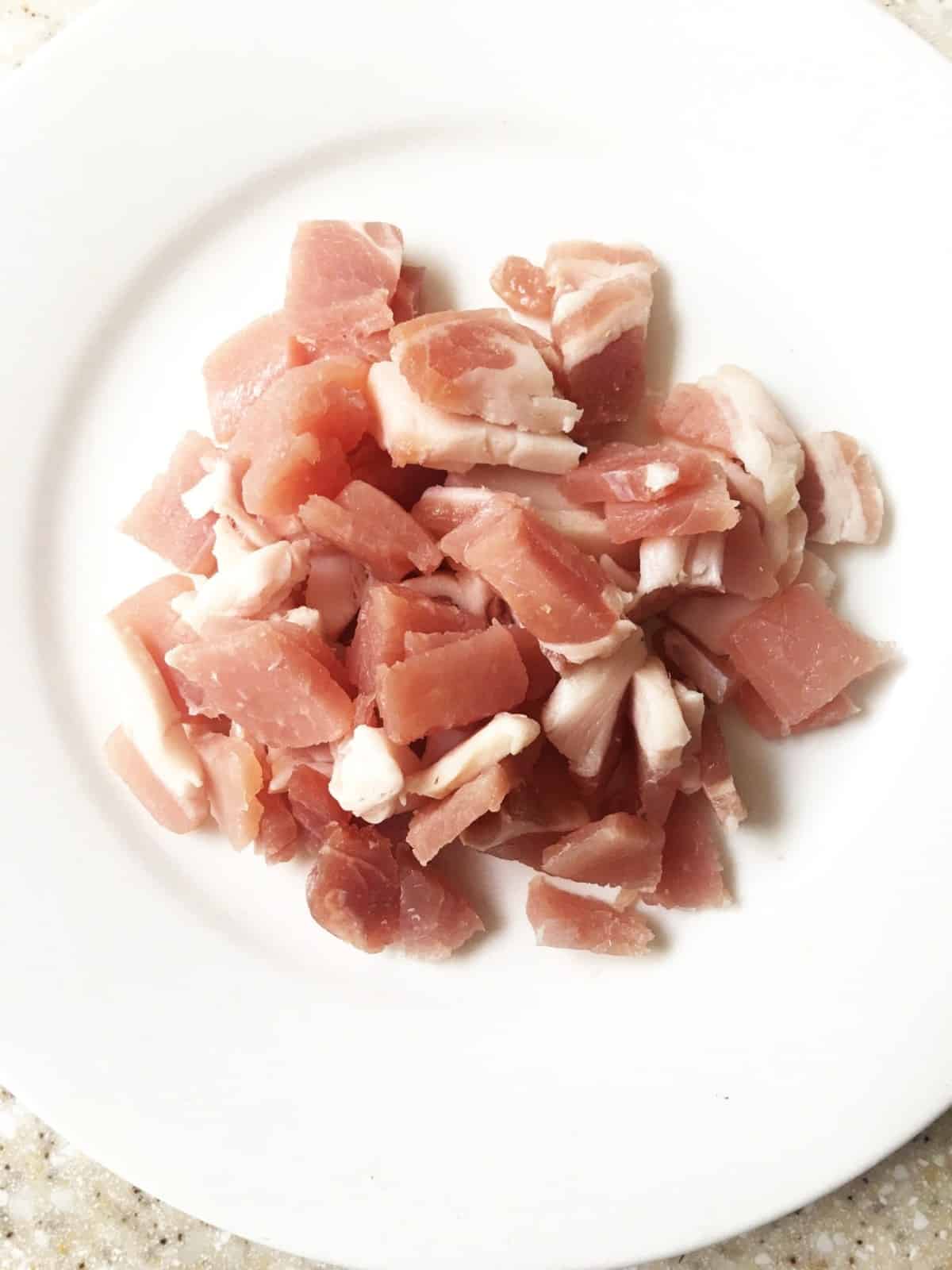 Saute the onion until transparent.

Put a little flour and water in the frying pan to make a bit of sauce.

Add the onion, bacon and a bit of sweetcorn. 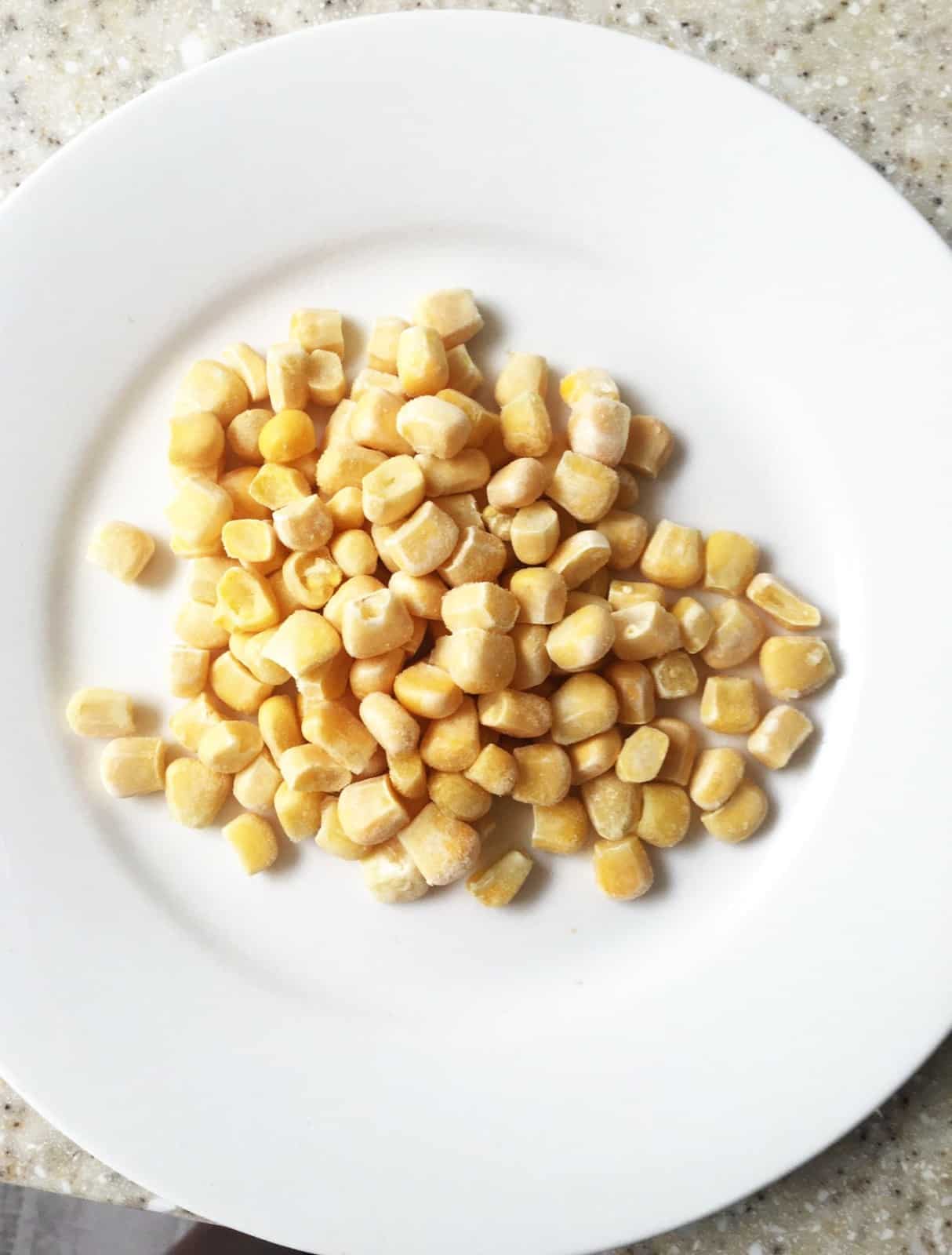 Mix all the filling ingredients together. 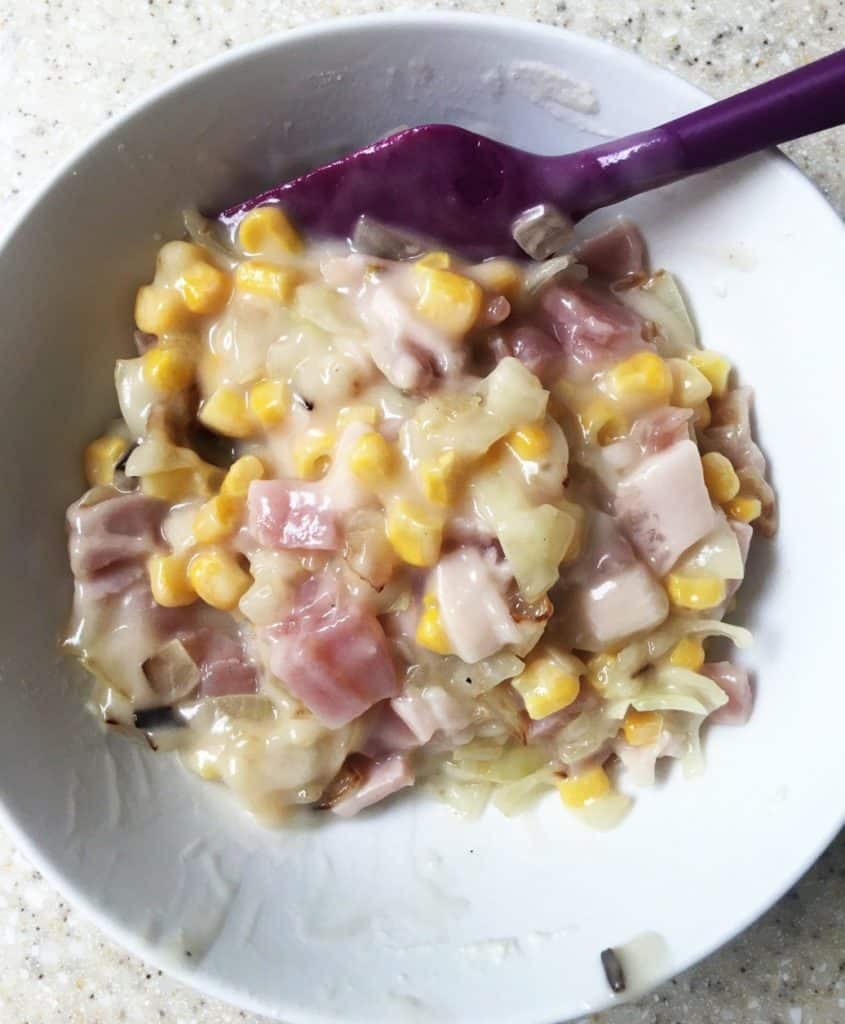 Make some oil pastry. Line a small flan dish (for 2) pile in the filling, top with remaining pastry and bake for about half an hour 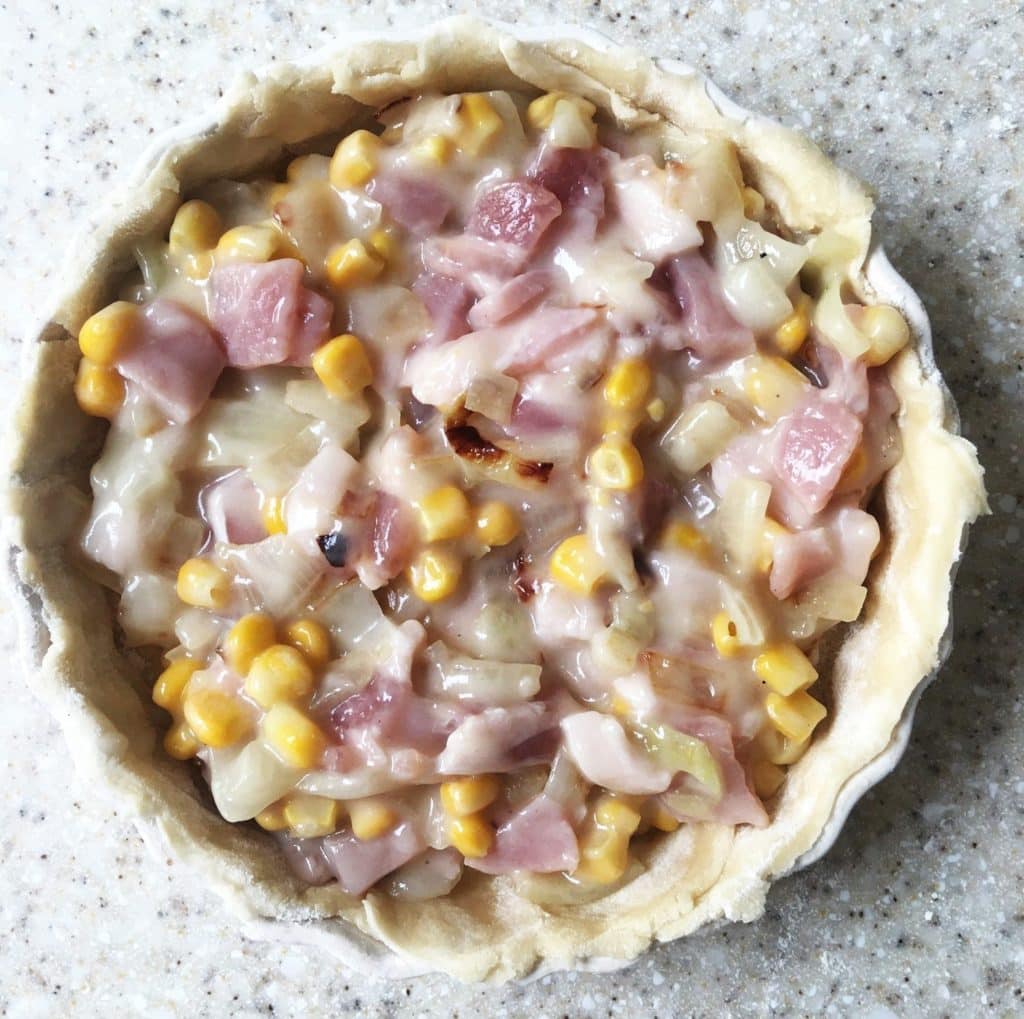 If you are following the meal plan, serve with peas and 200g potato. The potato can be baked, as in the picture, boiled, mashed or fried. 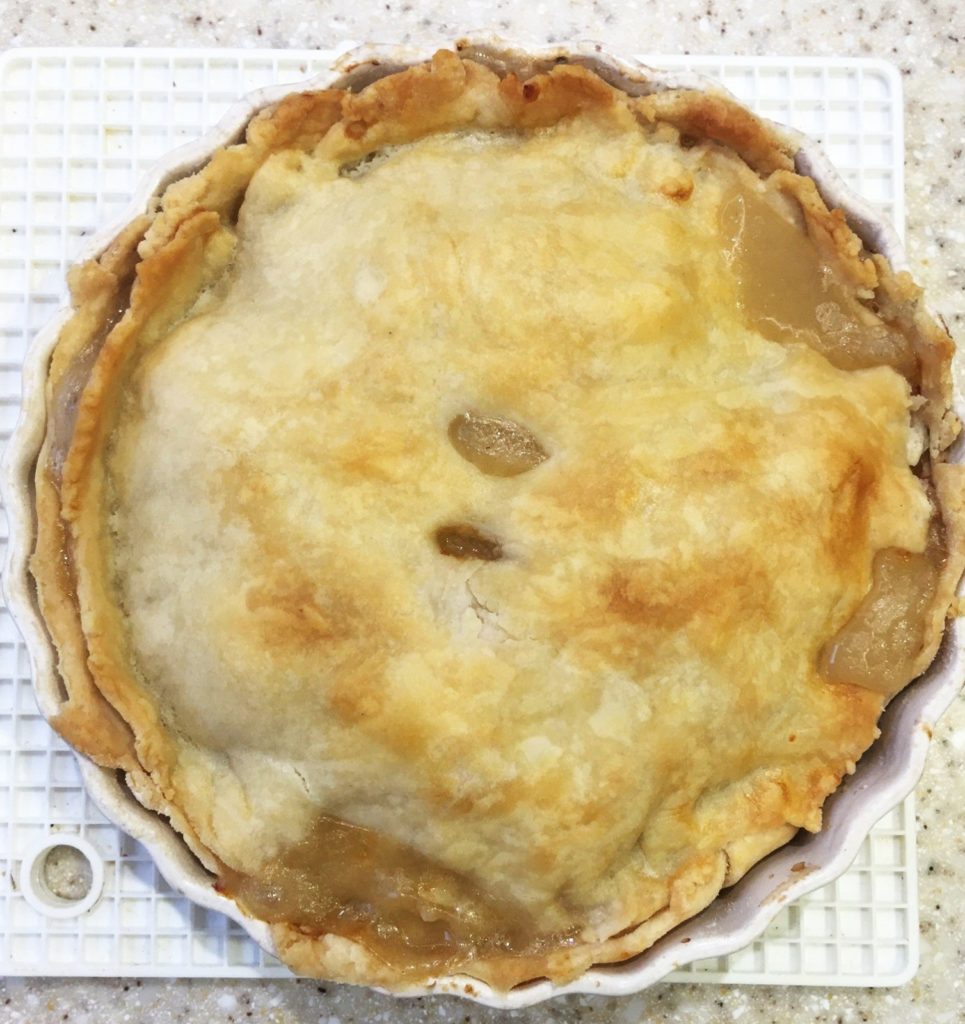 Other ways to cook the pie

If you have some, gravy would go well with this.  This is a good base for a pie and once you have mastered it,  it has many variations.

And of course, any of the variations can also be steamed as a pudding instead of baked as a pie.

This is from Meal Plan 1, a complete 7 day plan for 2 adults. Contains 3 meals a day, plus snacks, all recipes and a shopping list

If you like pie, and who doesn’t like a good pie, this tomato, red lentil and olive pie is really delicious, and can also be baked or steamed 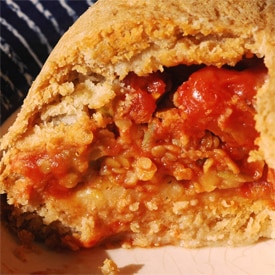 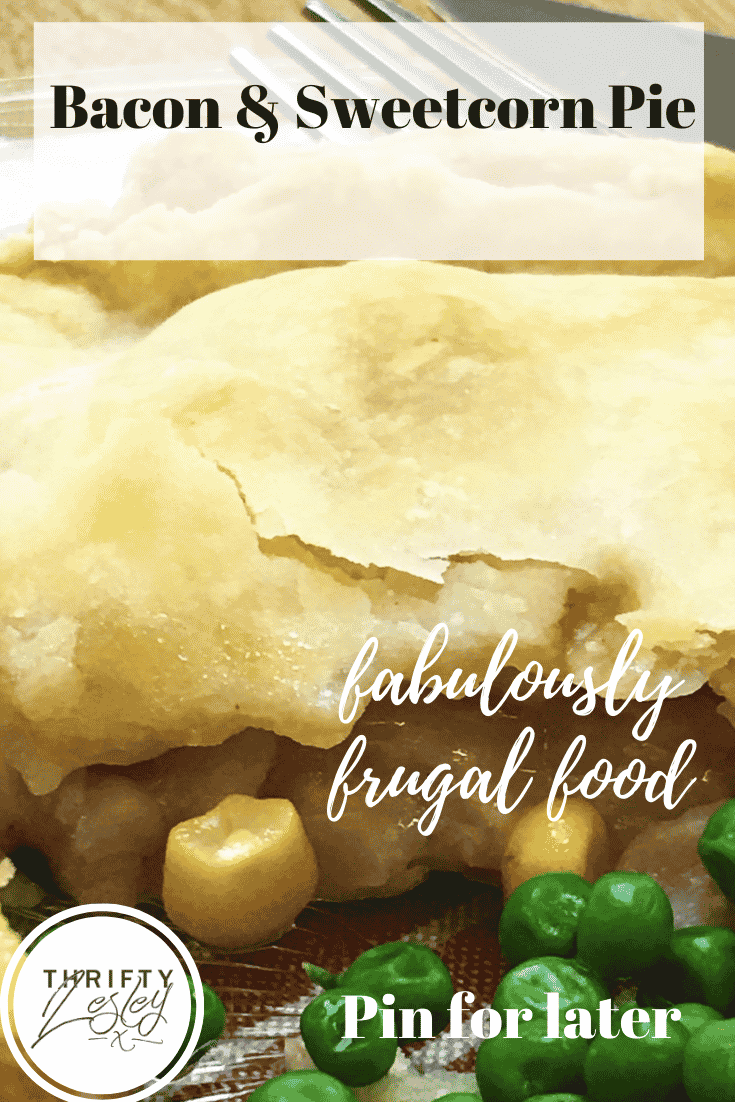 No ratings yet
Bake this as a pie, or steam it as a pudding
Click here to add your own private notes on this device.
Add to Collection Go to Collections Rate this Recipe/Comment Read More Share on Twitter Share on Facebook Share by Email Pin Recipe Print Recipe
Prevent your screen from going dark
Prep Time: 15 mins
Cook Time: 30 mins
Total Time: 45 mins
Course:
Dinner
,
Lunch
,
Main Course
Cuisine:
English

Freezes Well
Servings: 2
Cost per portion 32p
Calories: 805kcal
Author: Thrifty Lesley
Click on the check box to cross off Equipment, Ingredients or Recipe Steps completed.
If you click and buy anything, I may get a small commission on the purchase. It won't cost you anything extra. Some are just things that I like and/or use myself rather than necessarily best value 🙂
If you enjoyed this recipe, would you please consider leaving a review? It would really help

If you have some, gravy would go well with this.  This is a good base for a pie and once you have mastered it,  it has many variations. You could substitute