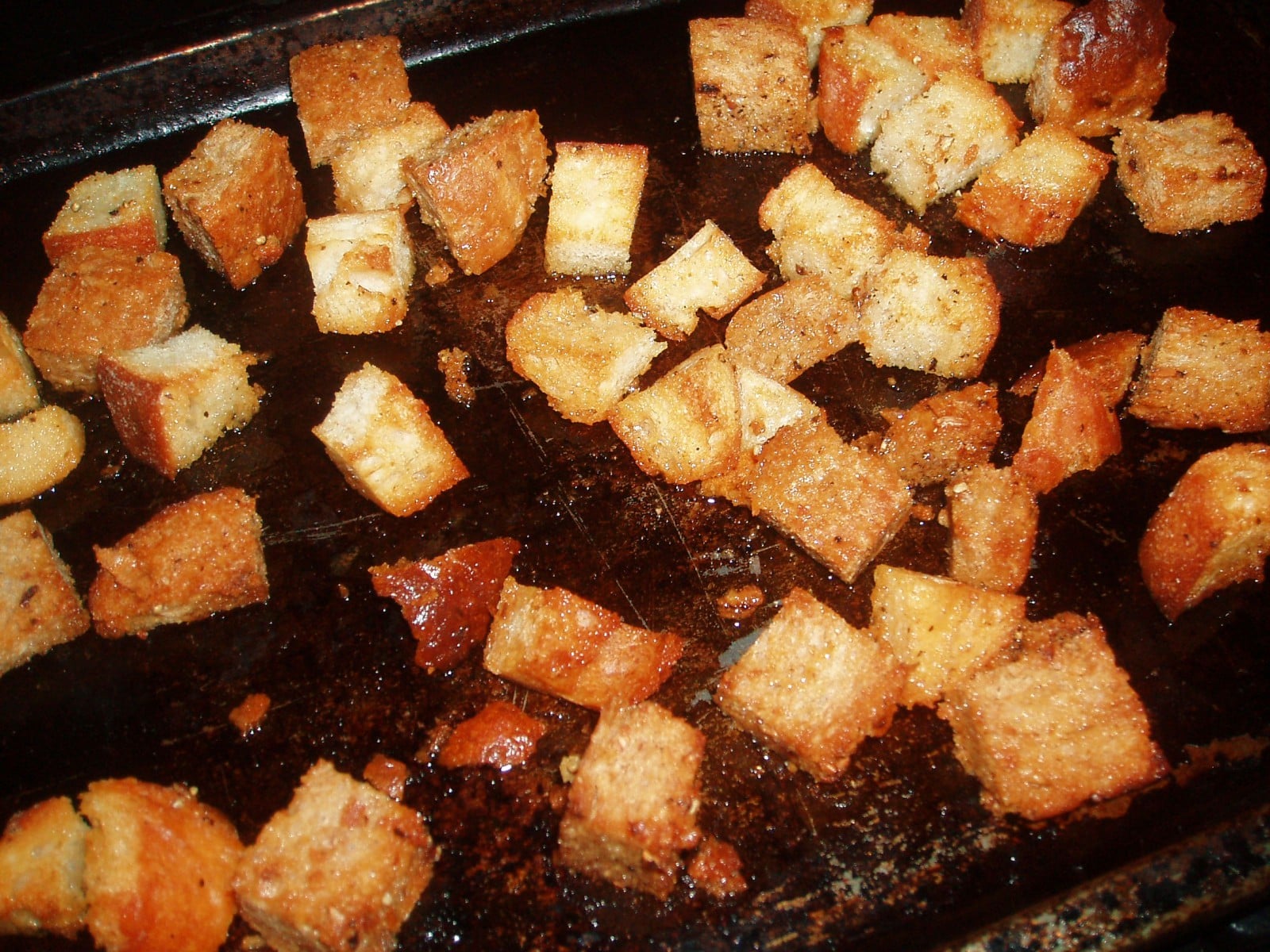 Croutons are incredibly useful little things. They can shoosh up many a dish.

Try using the end of a loaf, or something that’s gone a bit stale to eat as bread to make some. You could freeze them, or the un-croutoned bread (my preference), so you can have some at a moments notice.

You can make a meal out of them in a Panzanella with some very ripe tomatoes, sprinkle them on an inexpensive soup to make it a little special, keep a few in a dish and nibble on them as a snack, sprinkle some on any salad as an additional layer of flavour/texture, use them as a savoury snack instead of crisps. Oh, and lots of other things too, make some and see what you can come up with!

What changes can I make to croutons?

Having made some recently, I think I will experiment with flavouring them.

250g stale bread, cut into rough cubes, at the 47p/800g loaf price we have been buying for these recipes, this would be 15p 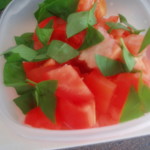 Toss the bread with the oil and some salt and pepper and blast in the oven until browning and crispy. That’s it!

Edit – I now toast the croutons in a frying pan, or in the Remoska, rather than using the oven

These feature in Meal Plan 1, a complete 7 day plan for 2 adults. Contains 3 meals a day, plus snacks , all recipes and a shopping list 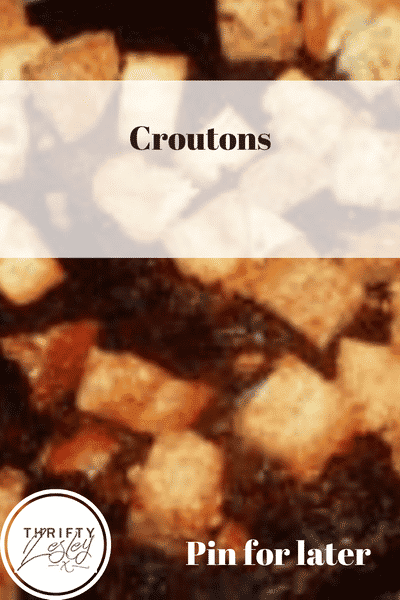