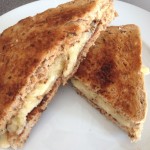 Breakfast today was a variation of the Cinnamon Toast. Two slices of toast with ground ginger, oil and a sprinkle of sugar, stuck together with a mashed banana. Delicious!

Toast the bread on both sides and sandwich together with the banana which has been squashed a little with a fork. Eat while hot with a nice cup of tea and you are set up for the day.

I’ve got this tagged as a breakfast, but quite honestly, I could eat this any time of day. Next experiment will be to add a smear of peanut butter (pb and banana sandwiches are a favourite!). Other spices will work of course, as in the Cinnamon Toast recipe. A blob of jam would work well, Approved Foods has some Blueberry jam on offer at the moment, that would be delish. 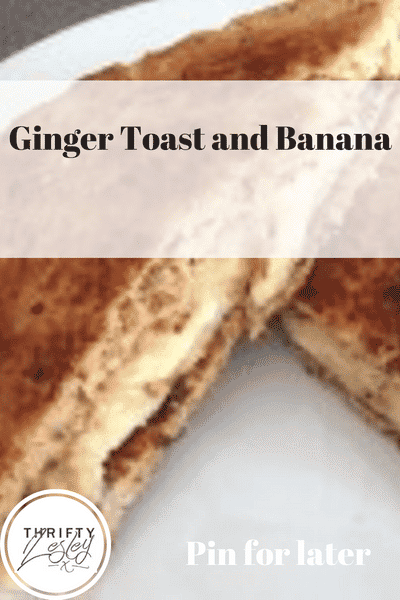