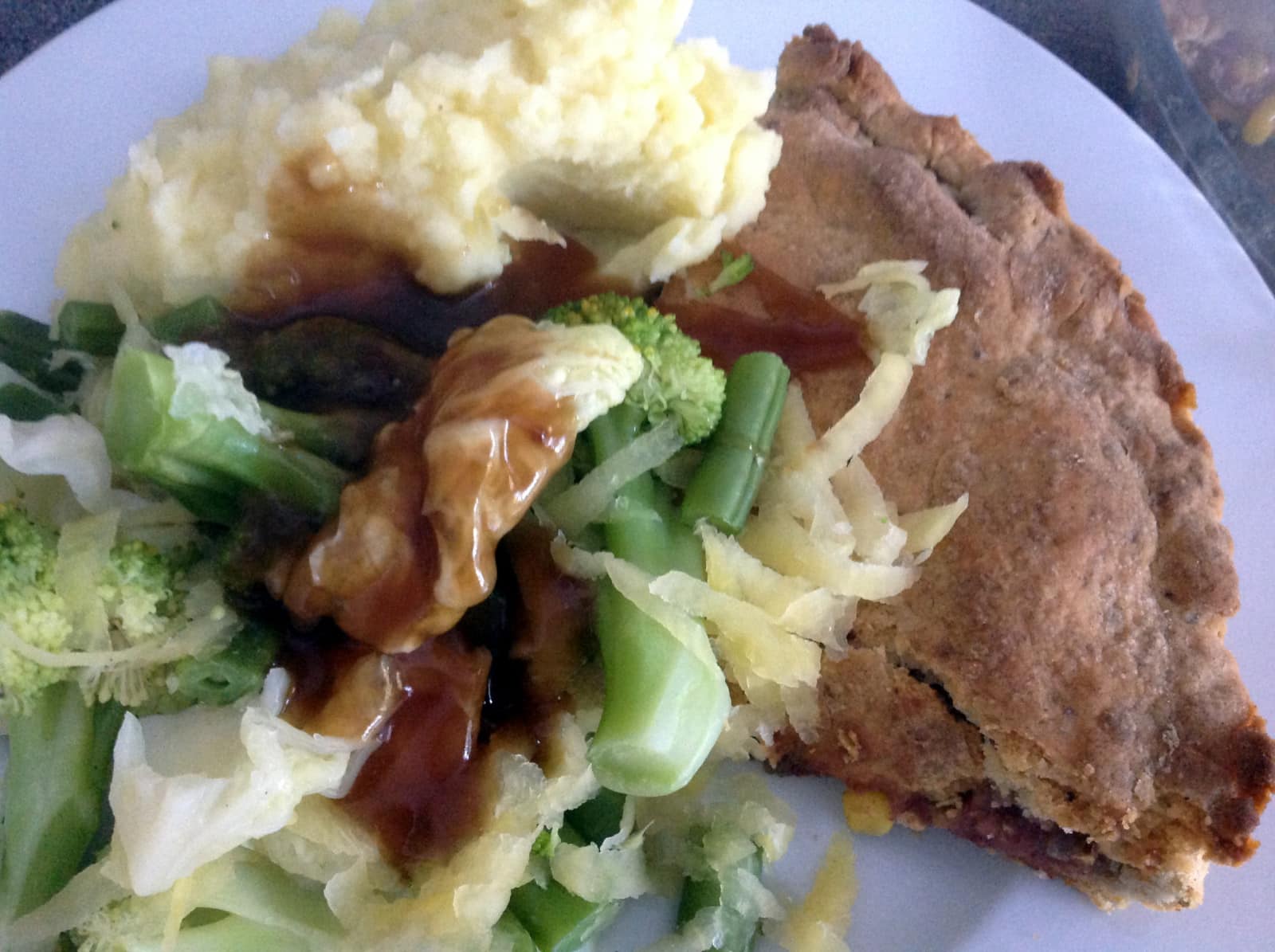 One day this week, I did a variation of the bacon and sweetcorn pie. I used a tin of corned beef that was in the cupboard to make a corned beef pie. The pie only used half the tin, for a 4 portion pie. I used the other half to make 4 portions of beef hash which I’ll post in a bit. I was going to use mushrooms, but found that I didn’t have any, so used sweetcorn, but again, I’ll post it using mushrooms.

If you have some, gravy would go well with this. 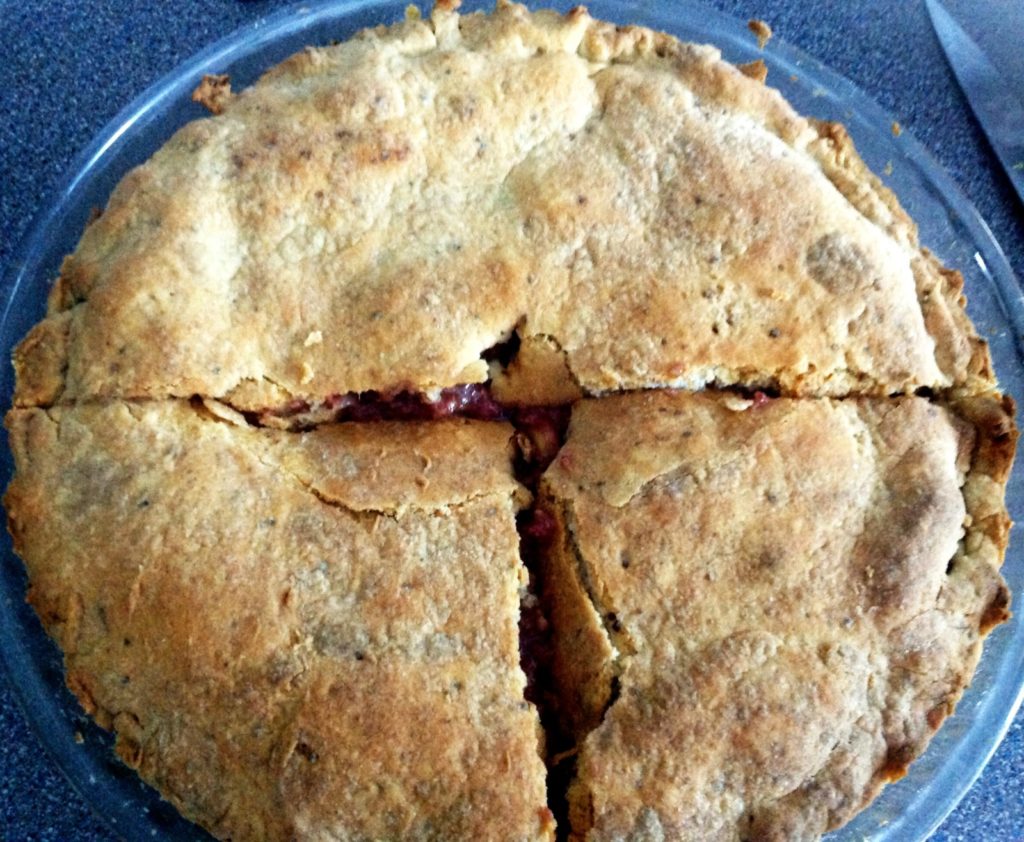 I know that I specialise in cheap family meals, but pies are one of those base recipes that once you have mastered it,  there are many variations that will mean using the same recipe, but giving you lots of different flavours to enjoy

If you like things like steak and kidney pudding, it would be worthwhile trying this cooked in that way. Instead of using a flan dish, put two thirds of the pastry in a one pound pudding basin, pile in the filling and top with the remaining pastry. Cover tightly with a lid or a double layer of greaseproof paper tied round the top of the basin tightly with string, and steam for about 2 hours. Can be done in a slow cooker to save fuel.

good with any combination of vegetables that you have, as you can see from the picture, I used broccoli and cabbage

I will post about the hash I used the other half of the tin of corned beef for tomorrow, or of course, you could do 2 x four portion pies and pop one away in the freezer. 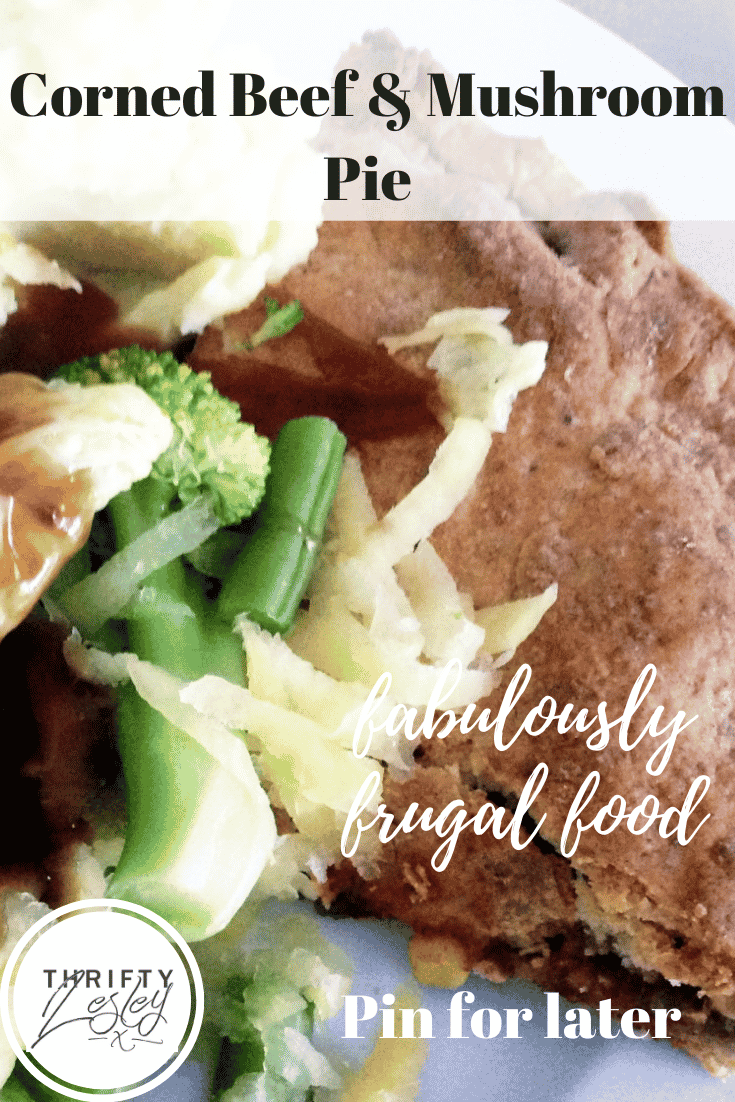 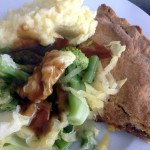 Freezes Well
Servings: 2
Cost per portion 48p
Calories: 576kcal
Author: Thrifty Lesley
Click on the check box to cross off Equipment, Ingredients or Recipe Steps completed.
If you click and buy anything, I may get a small commission on the purchase. It won't cost you anything extra. Some are just things that I like and/or use myself rather than necessarily best value 🙂
If you enjoyed this recipe, would you please consider leaving a review? It would really help