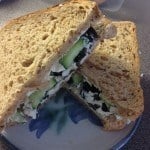 Enjoyed one of these for my lunch today. And this time, I added a piece of preserved lemon, cut up very small.  It gave an added dimension of flavour. I already like this sandwich. A lot.  And with the addition of a little tangy lemon under flavour, humming away in the background, it was even nicer. 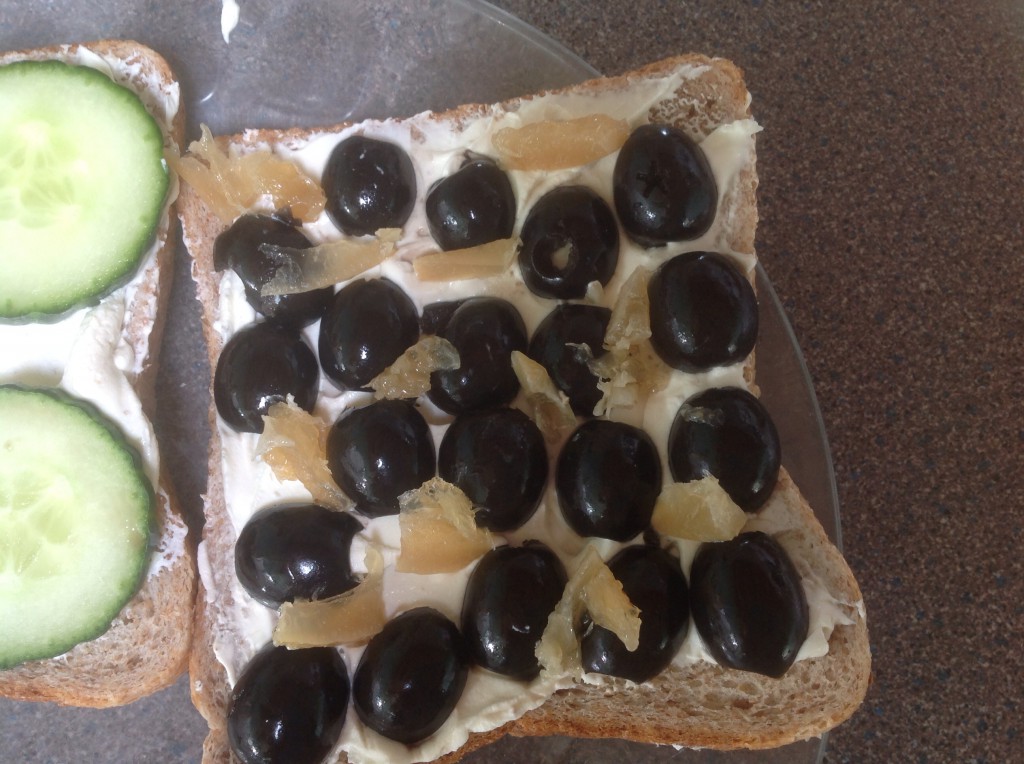 The aroma from the preserved lemon jar is amazing now. They have had coming up to a year to soften and develop their flavour. The rind is soft and tender now and the flavour mellow and intensely lemony, without biting your inner cheeks. If you like strong flavoured salty things, I wouldn’t put you off snacking on them they are that good. They are still very yellow, but a deeper, sort of matured colour. 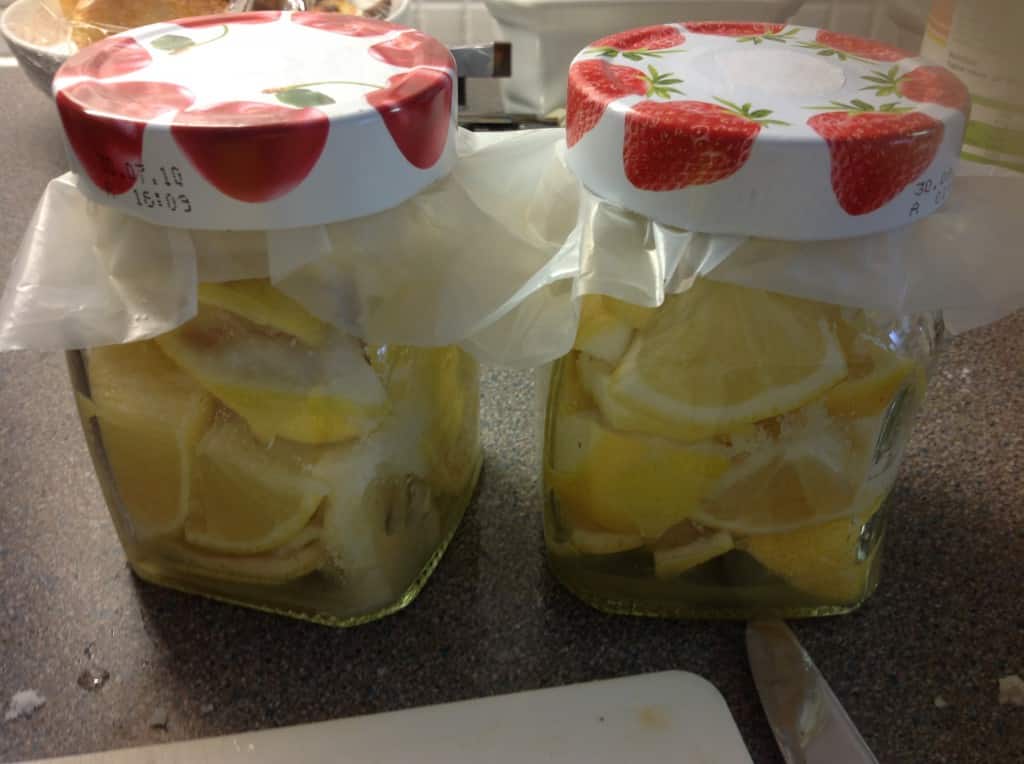 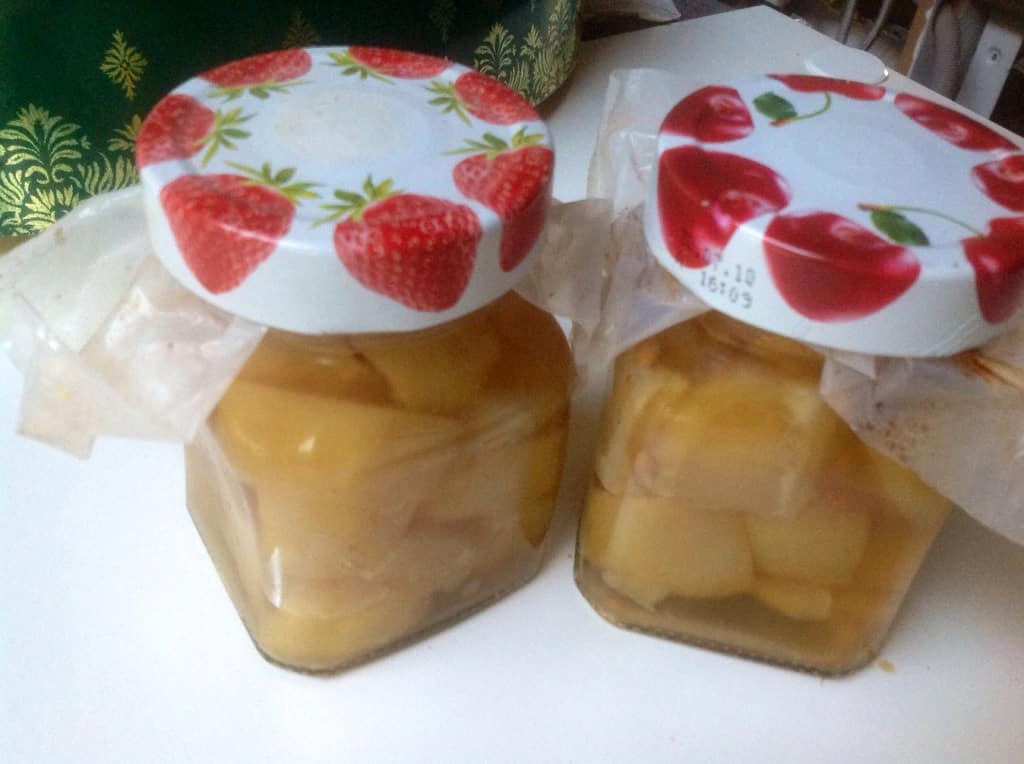 I originally did them as a suggestion for Christmas hampers, so if you would like to include them in a hamper this year, now is the time to do them so they can be used straight away (after the December gifting). They only take a couple of minutes to make once you have got everything together, but they need at least a couple of months to mature before use. I used ordinary table salt in one jar, and coarse sea salt in the other, but seeing as I didn’t note anywhere what I used, I have no idea which is which! I have just tried a little nibble from each jar. One jar has a slightly better flavour, the other is sort of more salty somehow. The slightly better flavoured one also has a yellow jelly in it rather than brine like the other one. Neither of them have much liquid at all.

I  suspect that the better flavoured one with jelly is the sea salt one.  I shall be making some more to give as gifts to my foodie friends.

Ooh, I have literally just had a thought. Hang on a minute…………… one Google later, YES, t’interweb confirms my thought, preserving oranges in the same way as the lemons works just as well. I have some oranges, I’m going to make some RIGHT NOW. No coarse salt, so I’ll try this batch with table salt, get some sea salt and make some more.

By the way,  recipes for preserved lemons always say to cut the lemon flesh away from the rind and discard the flesh. I can’t see any justification for this, the flesh is as tender and delicious as the rind, so I use the whole little piece I’ve taken out of the jar.  Throw something away that you can eat, I don’t think so! The preserved orange recipe I just found said to add aromatics as well, and seeing as I love bay, and I’ve got a big bush of it in the garden, (stop sniggering at the back) I’ll add a leaf of  that to the jar of orange as well, plus I threw in a few peppercorns just for the hell of it. 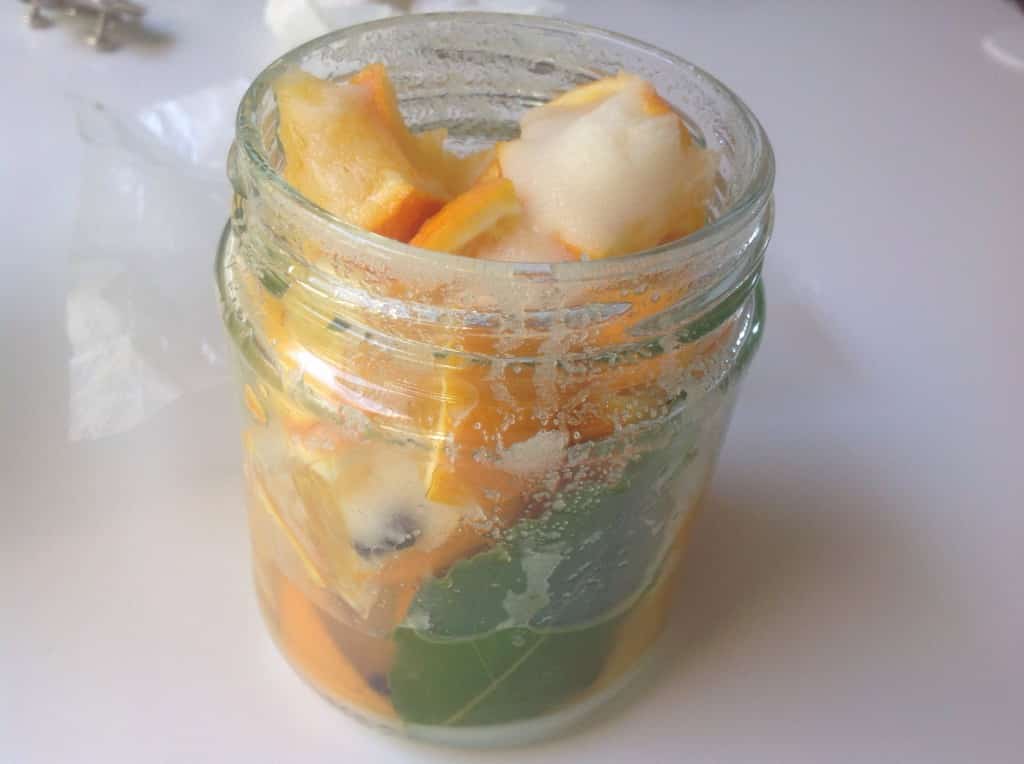 As I was chopping up the oranges, I was pondering about if it was possible to use the skins on citrus.  Could I preserve them on their own, could I do something else with them. A quick Google later and I found a site that shows how to make what sounds like a delicious dried, roasted lemon peel that you can use as a flavouring in all kinds of things, will def be trying this with orange peel next time I eat an orange or two, as well as lemon. I might even give the candied peel a go as well. 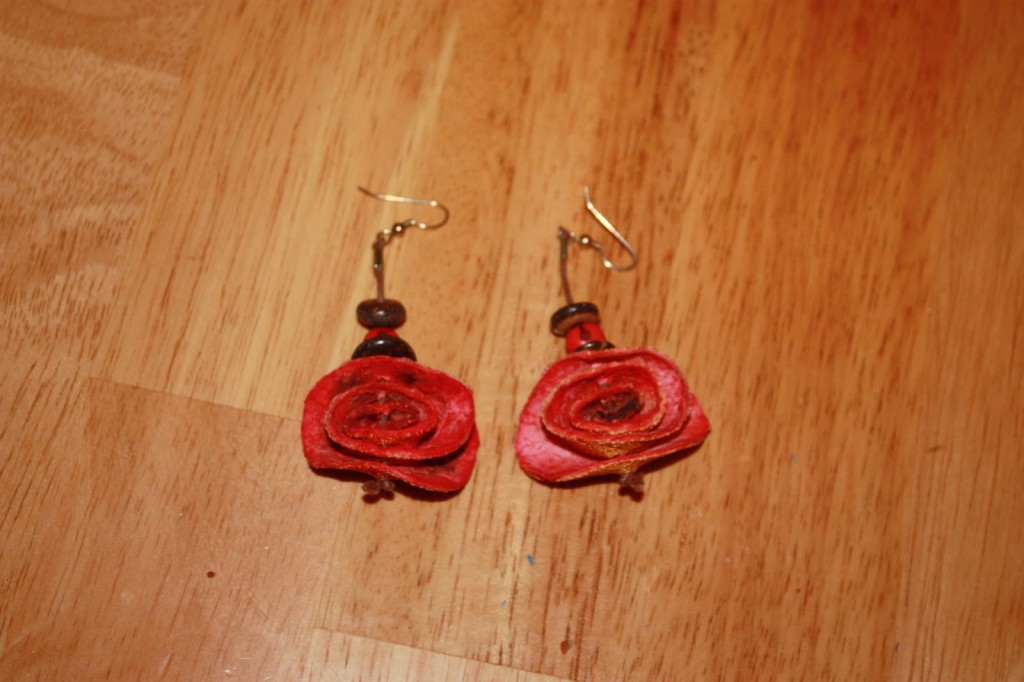 I even found a site that used orange peel to make jewellery of all things, who would have thought!

Someone I know says, ‘Mr Google, he knows everything’, in a delicious Latvian accent

So no more orange or lemon peel in the bin – you can make things with it! 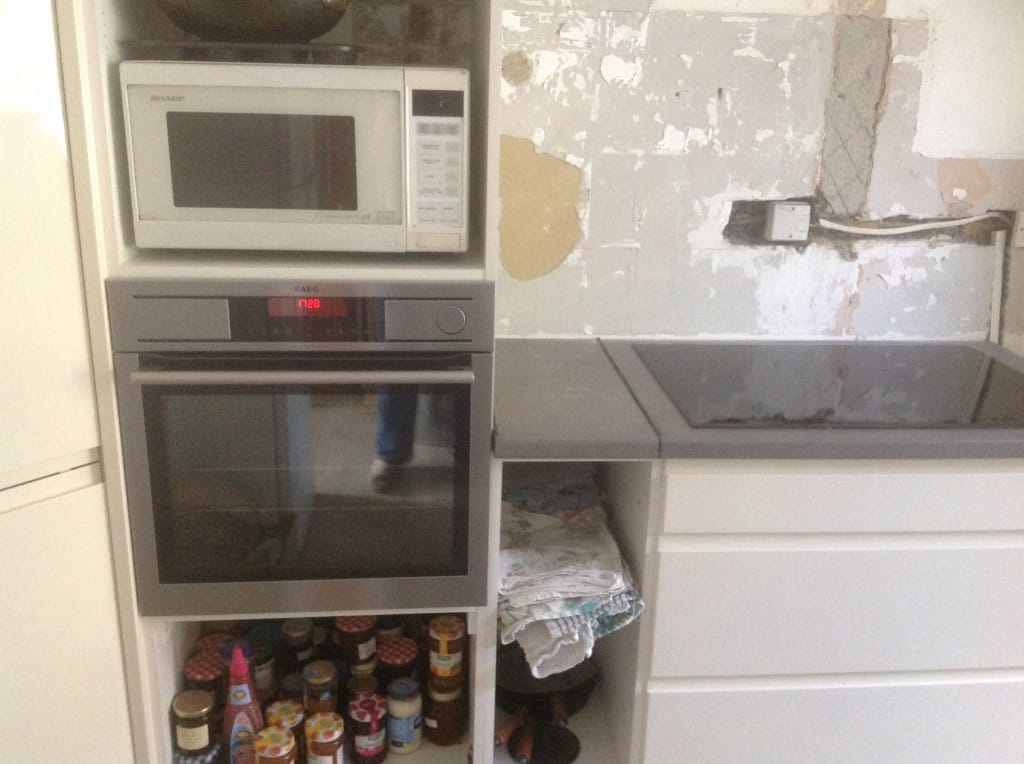 See that little red light? That means the oven is wired in and working, and so is the hob now. So we will be having our first meal this evening using the new hob and oven! Both 300mm units have been fitted either side, no doors on yet, but I’m finding homes for things. I expect I shall move stuff around a bit before they find their permanent positions. 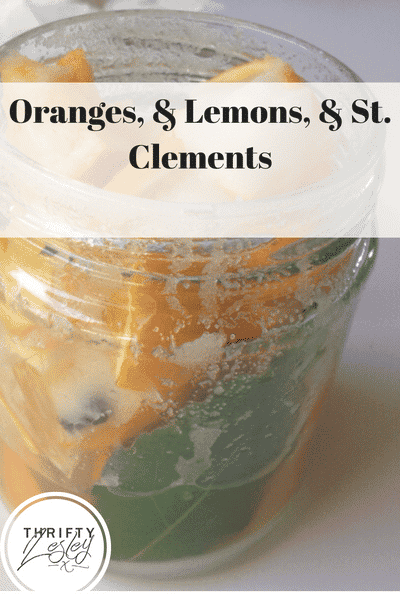