Kitchen happenings and a possible Christmas Thrifty Lesley in the media

Kitchen happenings and a possible Christmas Thrifty Lesley in the media 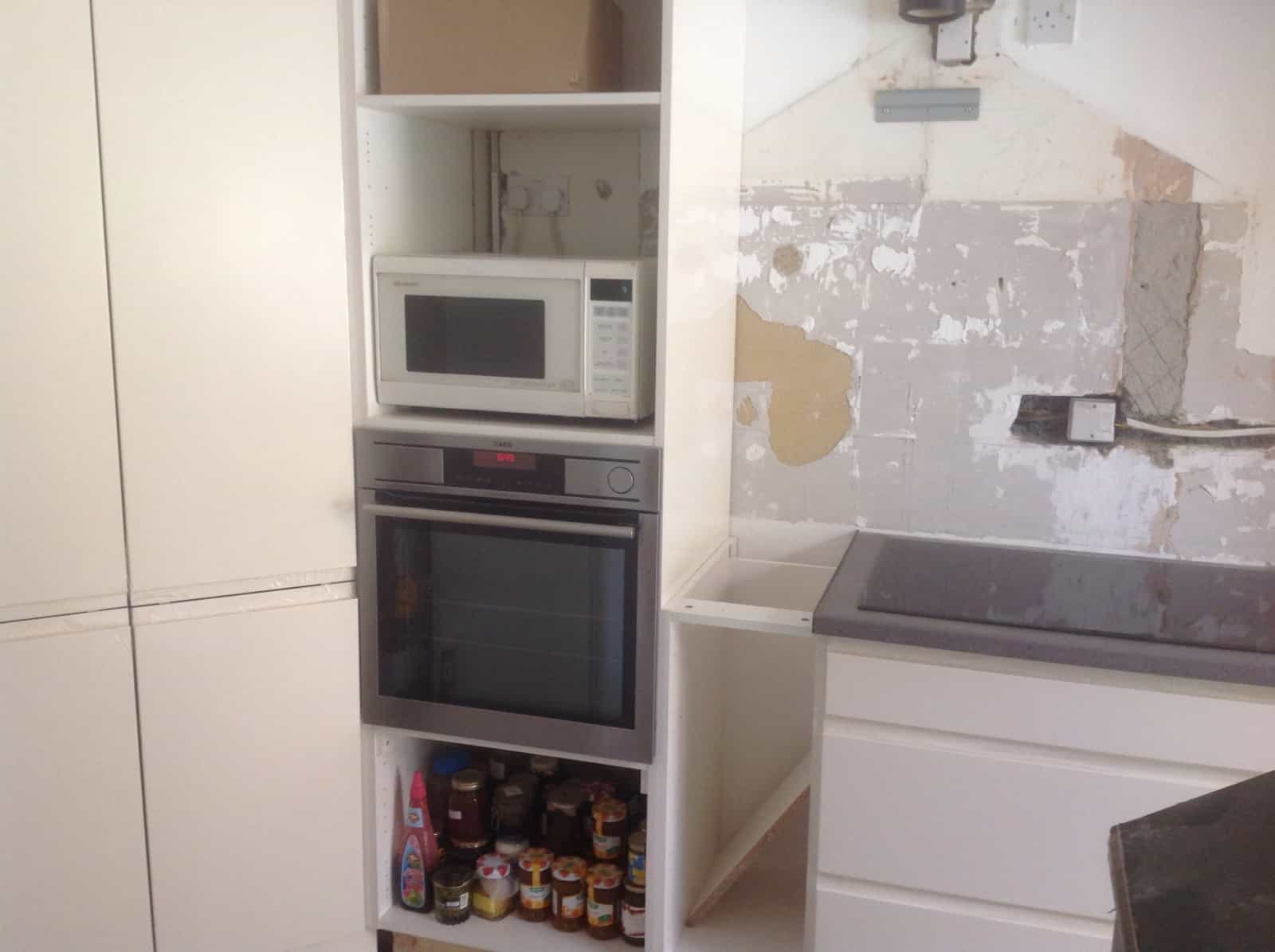 Lots of progress today.  The oven was disconnected and moved out of the way. The new oven housing was put in place, the oven fitted, and connected. The microwave is in the housing above. Eventually, I will replace that with a flat bed combi oven that fits the space exactly. 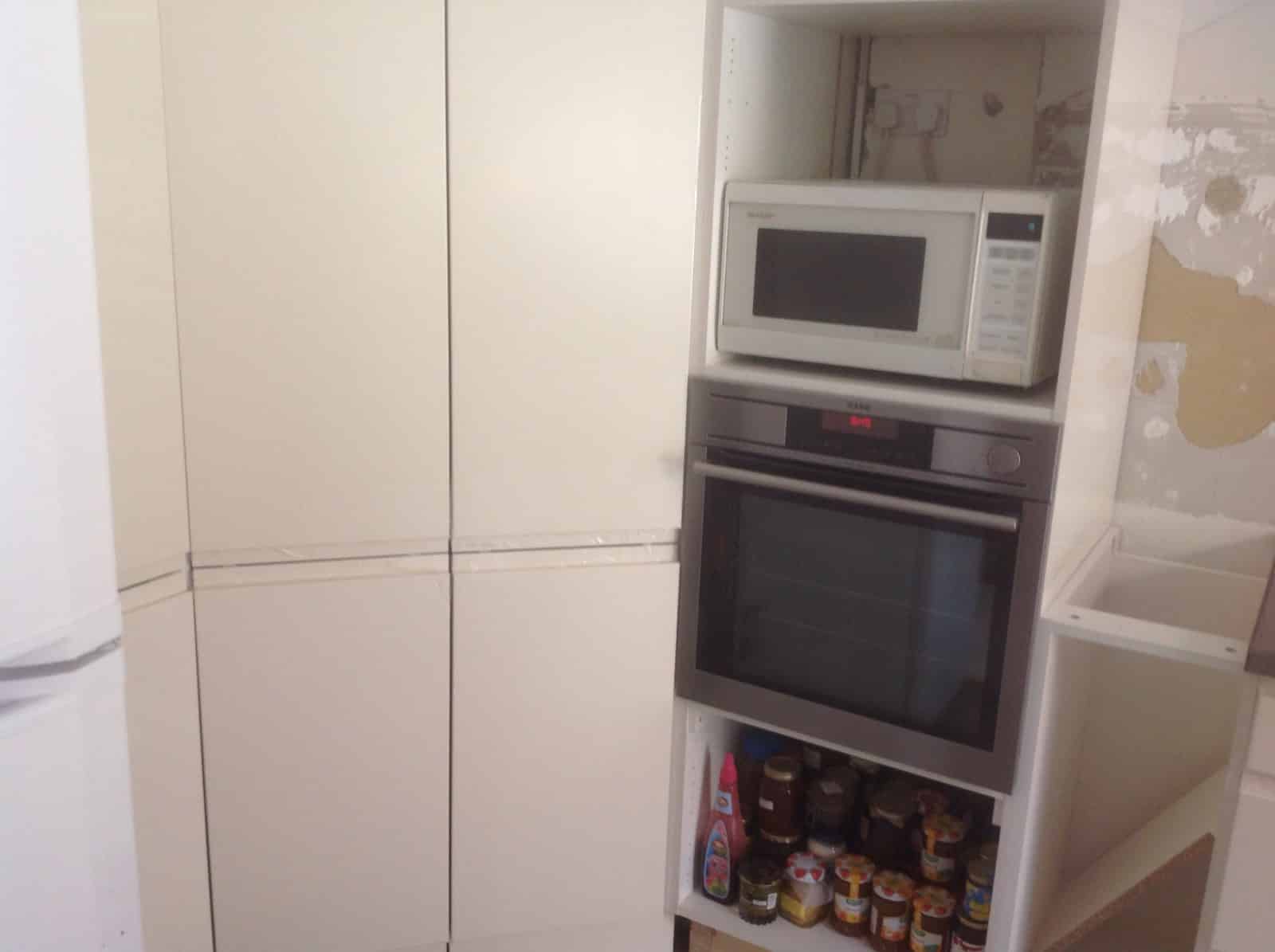 After we had done all that, we could see that the right hand door of the larder unit would snag on the oven door handle, so DP said he would put a sort of soft stop, high up, so it cushioned it. After he had had a sit down and a cup of tea, he said that it would probably not snag at all if we fitted a decor panel between the larder and the oven housing. 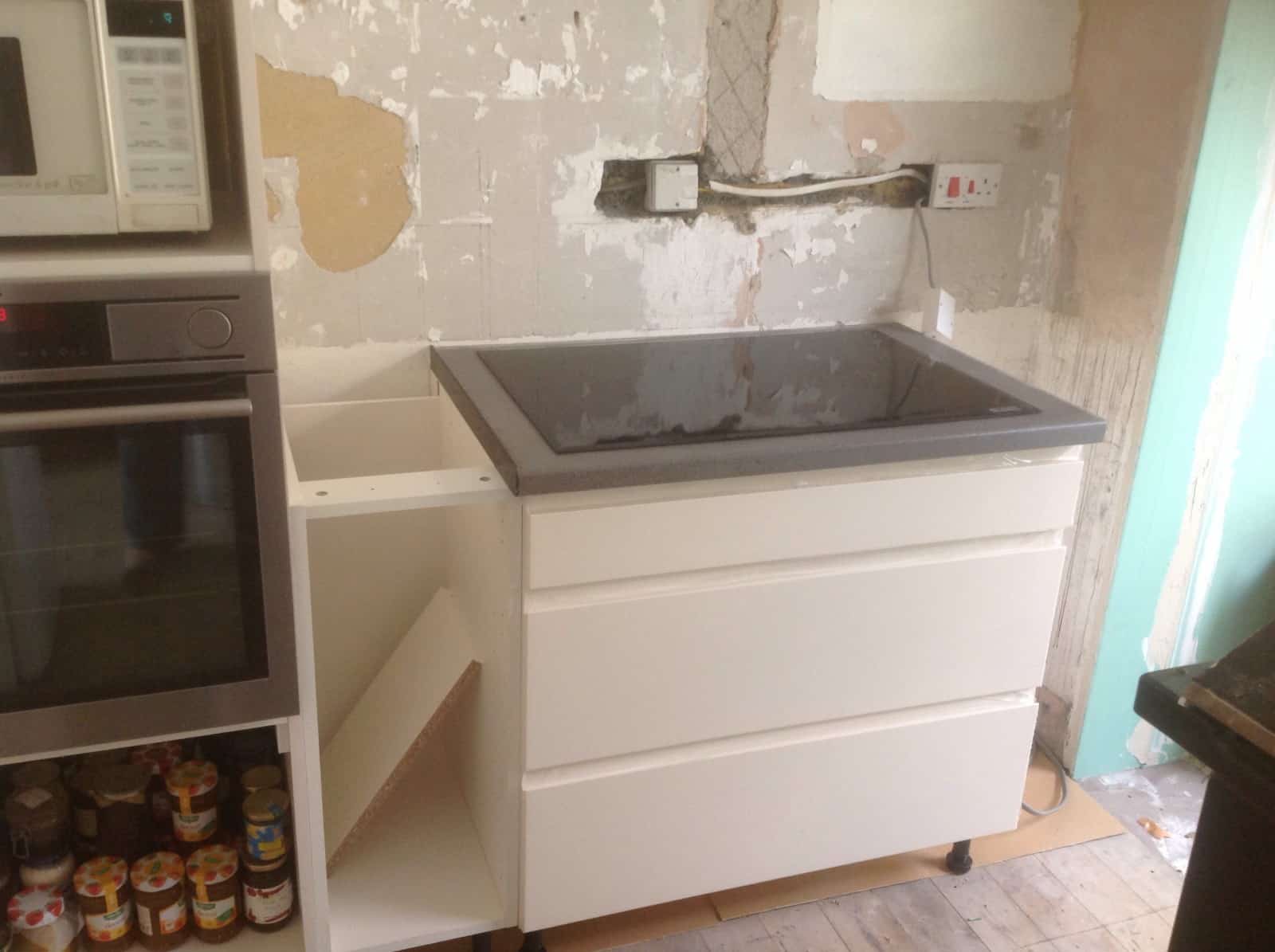 Wickes have sent us 3 decor panels, but we weren’t going to fit any of them. So we’ll have to fit that one. Having got it out of the packing, we could see that it was so tall that it couldn’t be stood up in the kitchen. So we’ll have to trim some off the bottom, and what with that and all the shuffling about of cupboards that we would have to do, DP couldn’t face doing it today. So that will be the first job tomorrow

I am dying to load up the drawers and cupboard, but can’t until we’ve done all the shuffling. You can see from the picture that I had already put all our jams in the bottom, so I’ll have to take them all out again now.

Have you noticed how I keep saying ‘we’? Most of the time, of course, it’s a Royal ‘we’ because it’s mainly DP doing all this toil.

In other news, today, I have been loading links to the media exposure Thrifty Lesley enjoyed earlier this year. If you want to have a look, they’re on the News page. I’ve done quite a few, but there’s 2 or 3 still to do. They all originate from the original interviews by Red Dog Media, so they are all very similar. I was poor, and I was homeless, but that was all 40+ years ago. The media seem determined that I am having a horrible time now, makes a better story I suppose.

I am fortunate in that I have no need to live on £1 a day, and I don’t. I do cook all the recipes, and I eat them often too. I would find it difficult to cook food I didn’t like. I am very happy that we are building a lovely community of like minded people here, and that word is gradually spreading that it is still possible to eat (what I hope you consider is) nice food, that gives you as much nutrition as we can squeeze in.

Red Dog Media were in touch recently and are thinking of taking a Christmas themed Thrifty Lesley to the media. I did a week at a roughly costed £1.30 a day for last year, so in a while, I shall have a look and see what else I can come up with. After all, I’ve been doing this for over a year now, look at all the stuff I’ve learned in that time!