More lovely family times were had this week. Both daughters, a DGD and a SIL, and myself went off to Dunorlan Park on Saturday night to watch the charity firework display held there every year. I love fireworks, the smell of the gunpowder, the crump that you feel in your chest and I really do go Ooh and Ahh, especially at the REALLY BIG ONES!

This is the park at a normal time 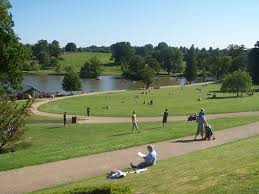 We had some hog roast rolls, with apple sauce, onions and stuffing supplied by a pub near to me, the Mark Cross Inn. They were delicious, a few crispy bits, succulent pork and tasty accompaniments. Looking at their website, it is all Christmas, I don’t want to start thinking about that yet! DD1 says that quite a few houses on her bus route home from work have had Christmas decorations up for 3 weeks!! Much too early for me. When do you put yours up? I like to put them up in the first week or so of December, and they used to come down again when I went back to work. These days, when I work from home, I take them down on the 1st or 2nd of  January,  I love the festive season but I’m tired of  it all by then. 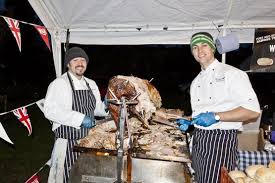 Looking for some firework pictures I came across a magazine dedicated to them, Fireworks Magazine.   So if you want to find an event near you, might be worth a look.

It was a brilliant display and we had a great time.  DGD reckoned it was super awesome, her new favourite word 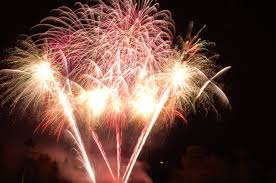 DD1 and her daughter stayed over, which meant extracting a camp bed from the depths of a cupboard. I really must tackle the stash of various stuff in there! Although DGD was unwell during the night, we still went off on an adventure down the woods looking for conkers. I could only find chestnuts, no conkers. I took a walking pole as we had had quite a lot of rain and so of course DGD wanted one too.  I adjusted it to her height and you should have seen her, she looked so cute swinging along beside me copying my every move. We found lots of beasties to look at,  crunchy leaves to kick through and ‘awesome’ puddles to jump in, all of which had to be thoroughly tested with the walking pole to find out how deep they were before jumping in. I love walking through woods.

When we got back, I discovered that DP had been involved in an accident. He had nipped to Sainsbury’s for a couple of bits and on the way back, he got crunched. There is a gym at the top of our road, a couple of houses before our turn off.  A chap was waiting to come out of their small car park, and because DP was indicating to turn down our road, this chap interpreted that as indicating to turn into the gym and drove straight out, right into the side of our car, crushing the nearside wing so much it destoyed the tyre on that side.  None of the airbags deployed, which is surprising considering how big the bang must have been, and DP swears he’s alright. I bet he gets loads of cold calls now from people trying to persuade him he’s got whiplash! And no, he won’t be making a claim for a fictitious case of it.

When I eventually rustled up a bit of lunch, it was a throw something together type of thing, which turned out very tasty. With a couple of adjustments, it is something that will fit our budget here. It’s not really a recipe as such, more an idea. And as Pasta Pesto is so ubiquitious, probably one you do already. In case you don’t, here it is

Pasta pesto, with peas and cheese
For two

Boil the pasta in lightly salted water for about 10 minutes until it is almost done. Add the peas and bring back to the boil. Drain well. Stir in the pesto and feta. Serve immediatley

I used some lovely Italian pasta I got from Approved Foods at 60p/500g. I added a chicken breast for added protein that had been cut up into pieces and lightly fried. If you have any and want to  use it here, feel free. I couldn’t taste it much as the tomato pesto was pretty strong, but wanted the protein in there.  The pesto I used was Sacla, as that is what I had.  Asda’s one will do just as well.

Other pestos of course would be just as delicious, in a different kind of way. If you have any of the Wild Garlic Pesto left, that would be delicious. Or Broccoli and Lemon Pesto,  which I tend to keep pots of in the freezer, or the alternative Cauliflower version, or Spring Green Pesto or how about this unusual recipe for Carrot Top Pesto from the Larder Love Blog, or you might like to have a go at making your own Red Pesto using this lovely sounding recipe from Delicious magazine, adding a little chilli for a bit of a kick.

The feta gave a lovely, acidy flavour to this, you might want to use cheddar in it, or on top. Or olives would give a similar strong flavoured hit. Asda have big 400g tins of black olives for 68p, or 310g jars of green ones for 69p. Don’t know about you, but I have found that if I have something with a strong flavour, I don’t need so much of it to feel satisfied.  Do you find the same?