Walnut ‘Nutella’ and wheat bisks bites. These are so good they’re dangerous!

Walnut ‘Nutella’ and wheat bisks bites. These are so good they’re dangerous! 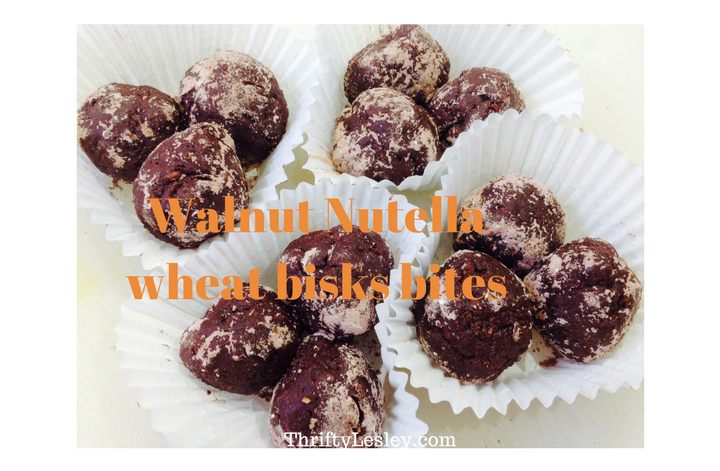 Having tried faux Nutella with hazelnuts and butter, I wanted to try another version with oil. Having run out of hazelnuts, I used walnuts. So I nipped  into the kitchen and this was rustled up in just a few minutes. 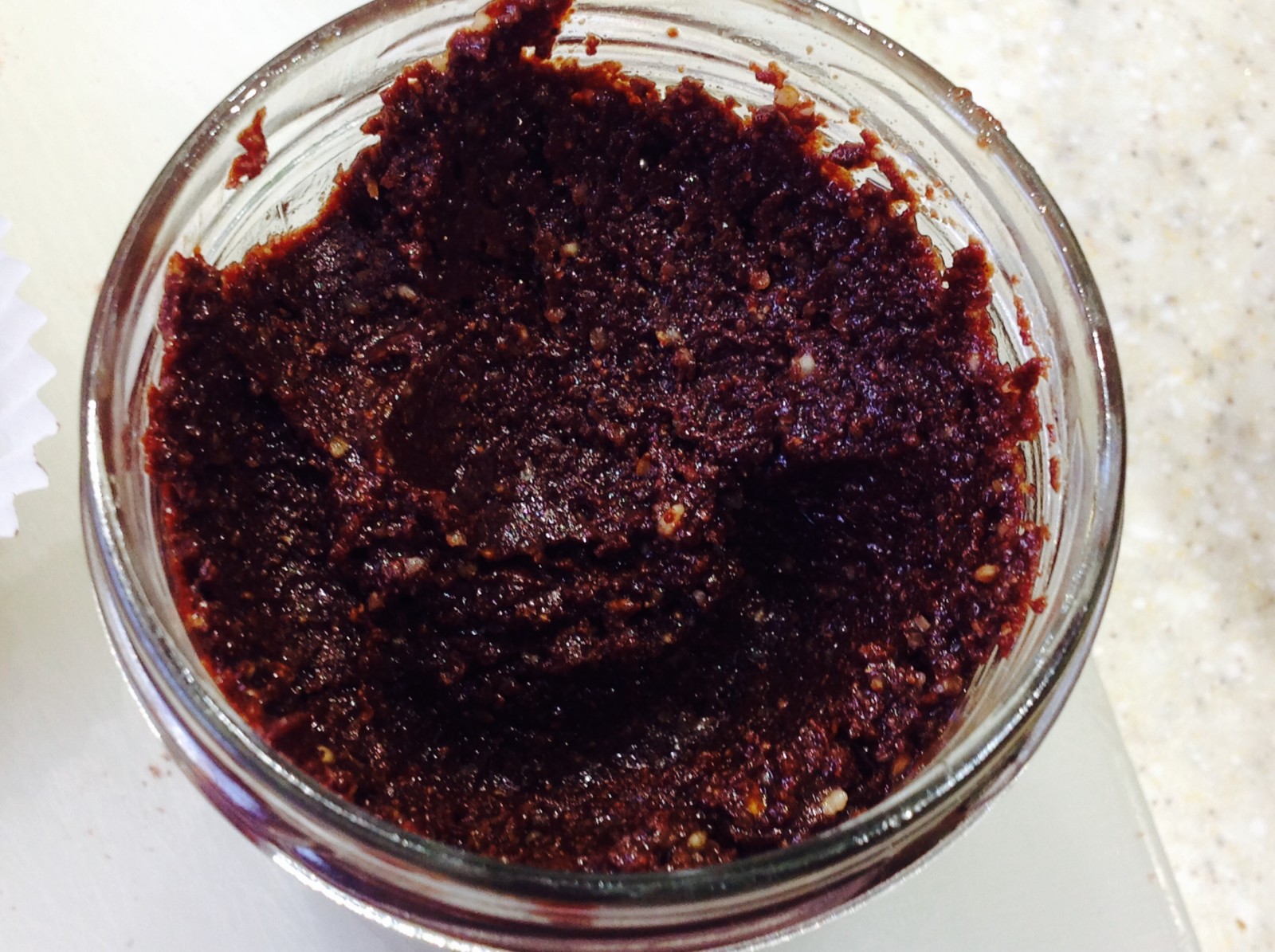 The method is the same as the other version. Put the nuts in a food processor and run for a minute or so until the nuts just begin to release their oil.

Now add everything else and whizz. Once I’d added everything, I thought I’d run the machine for a bit to see if I could get it super smooth. But after half a minute, the oil emulsified and it became a firm spread. Wonderful! 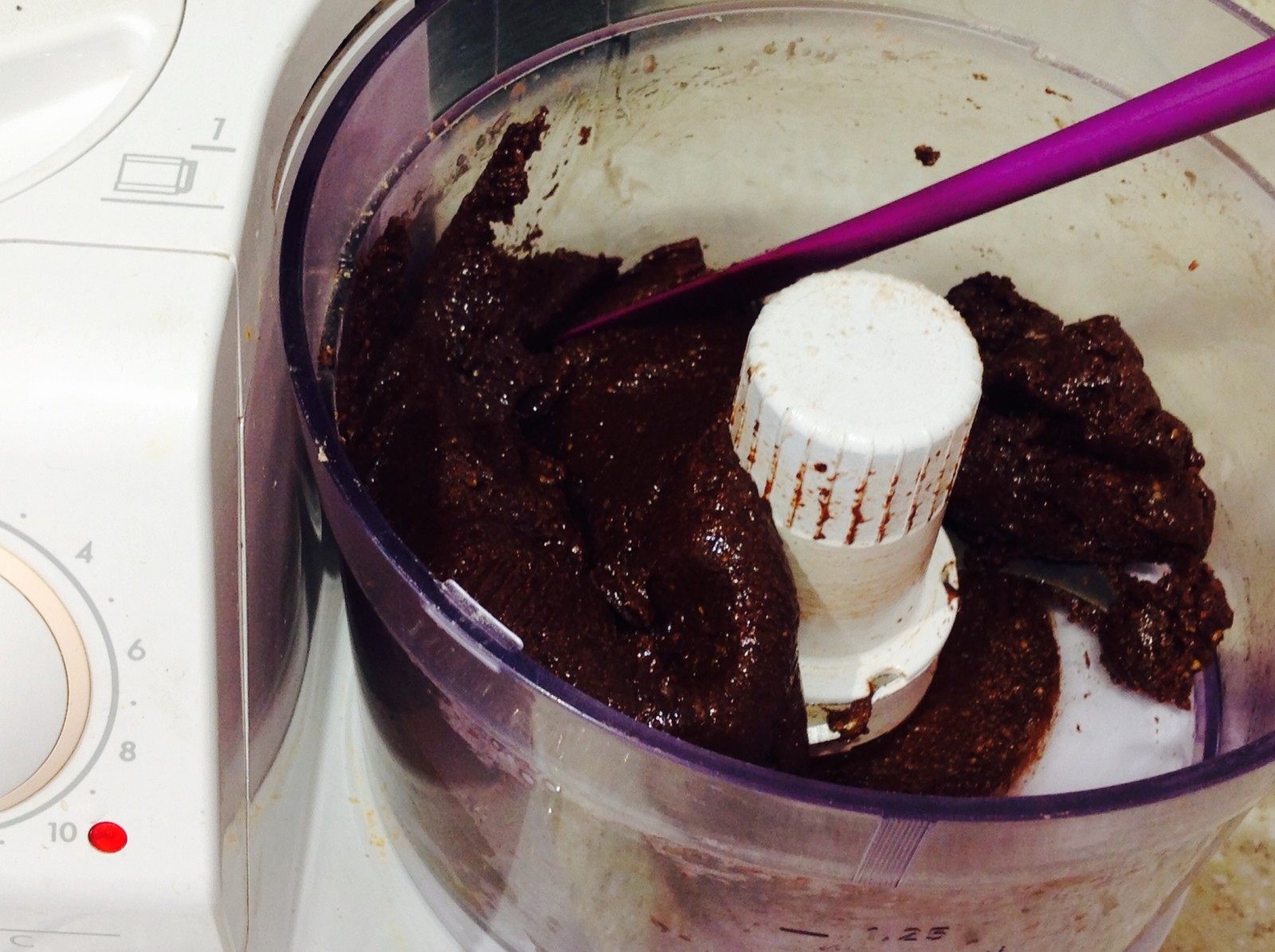 On tasting, my eyebrows went right up

It’s even better than the last one! It’s very smooth, although there are just as many nuts in there. Ooooooooooh, yummy.

Having done that, I thought I’d try the faux Ferraro Rocher as described by Valerie. So using some of the spread still in the processor, about 5 or 6 tablespoons,  three own brand Weetabix type biscuits were added and whizzed together. They were made into balls and rolled in a mix of cocoa and icing sugar, but it just soaked in, so I wouldn’t bother again. The oil makes them a little oily on the outside, so I put three in paper cases and they look really nice. Perfect for a hamper, hostess gift or other small pressie. 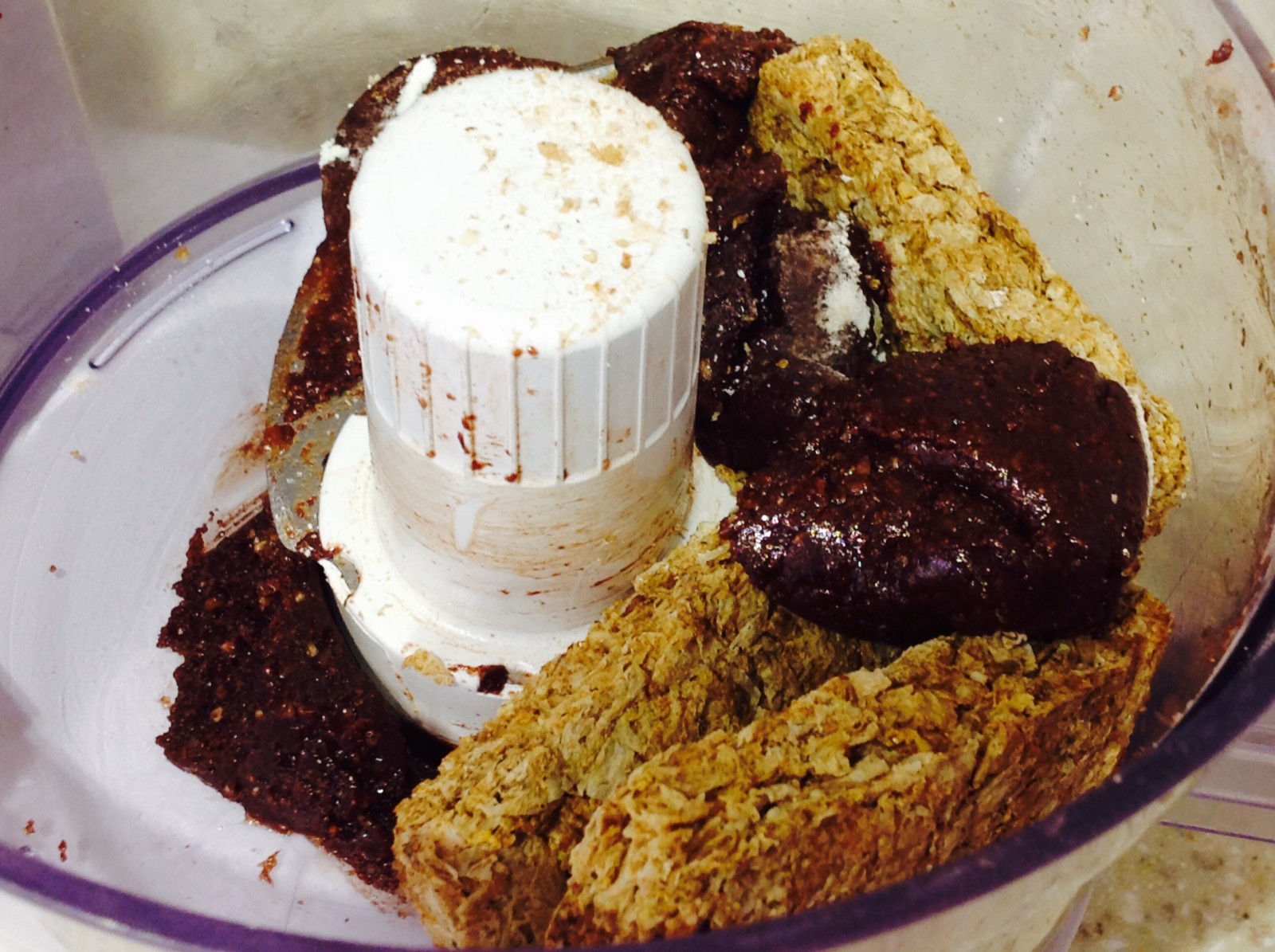 Kids would love to make these with you. Yes, there is sugar in there, but there is also milk, olive oil and lots of nuts, plus the weetabix, so pretty healthy I think.

If you try them, be prepared to eat lots of them! 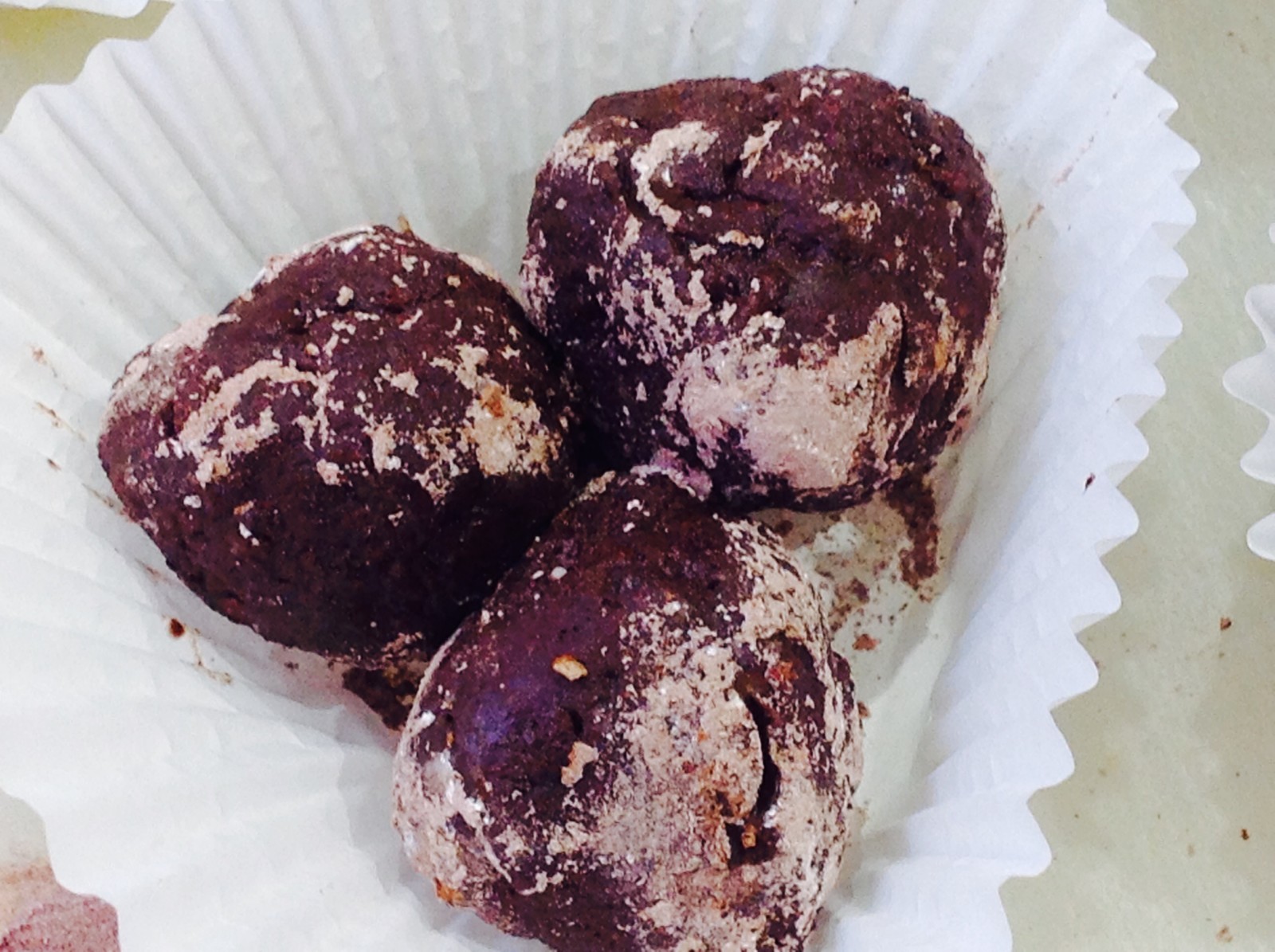 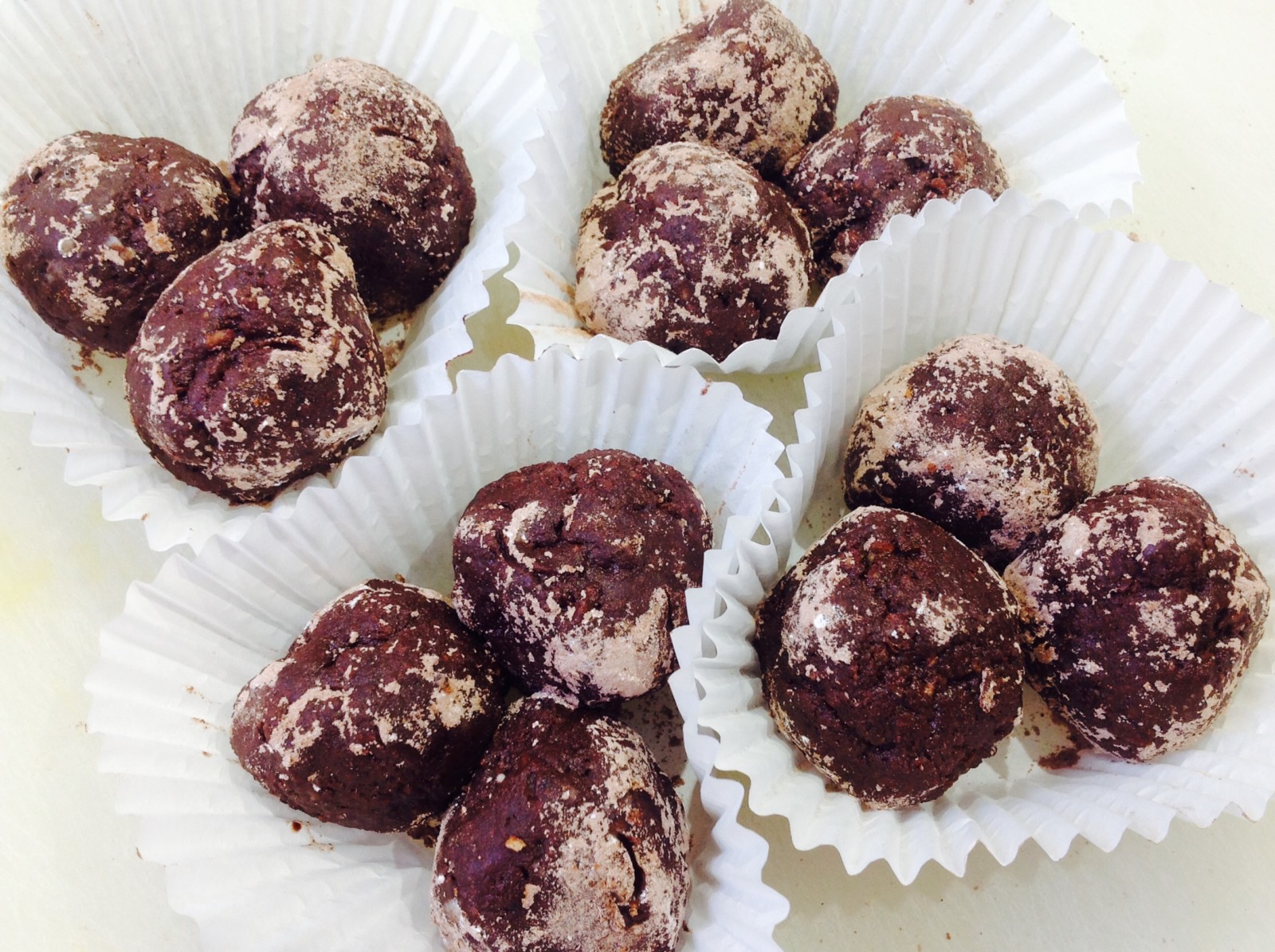 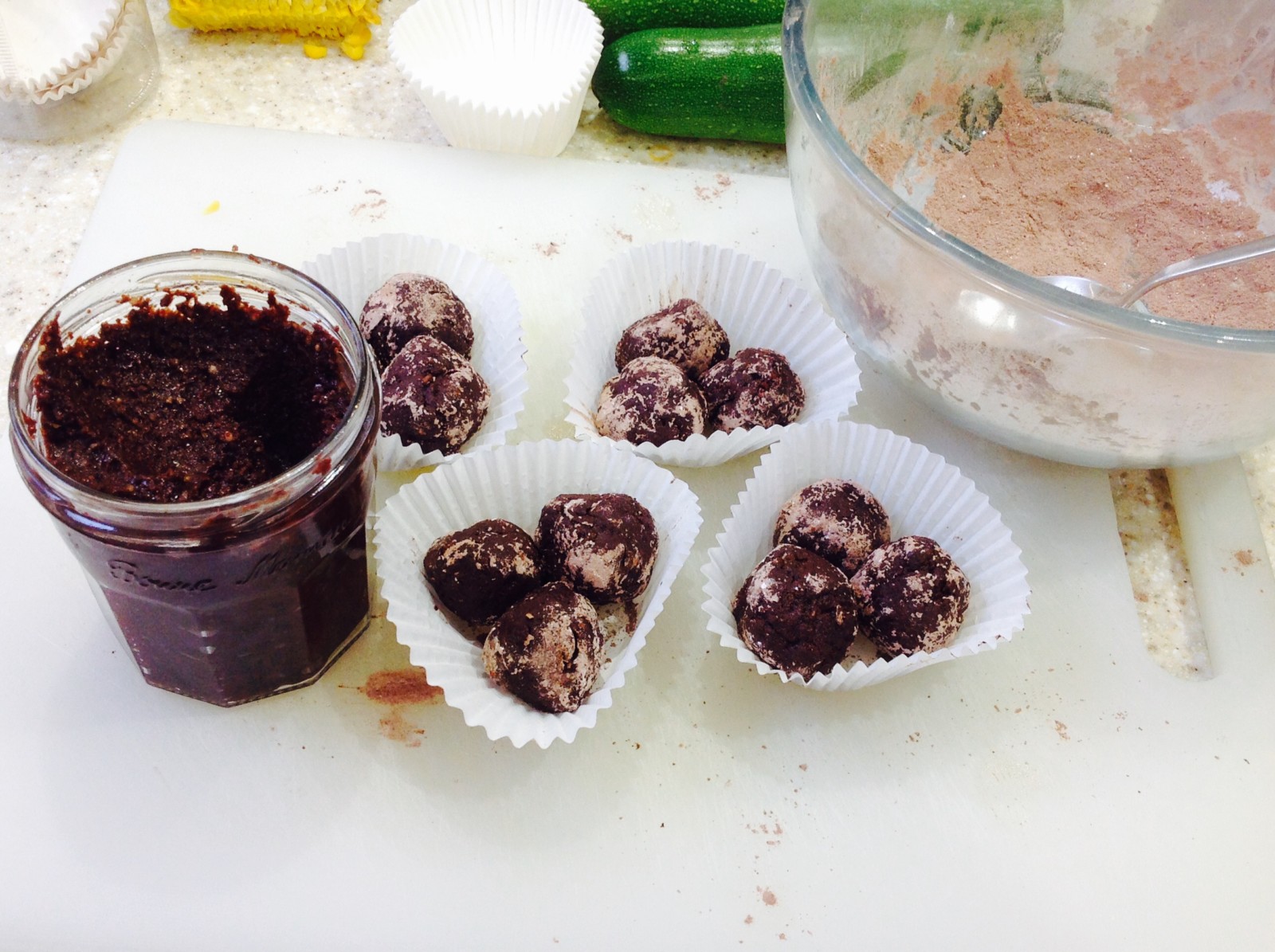 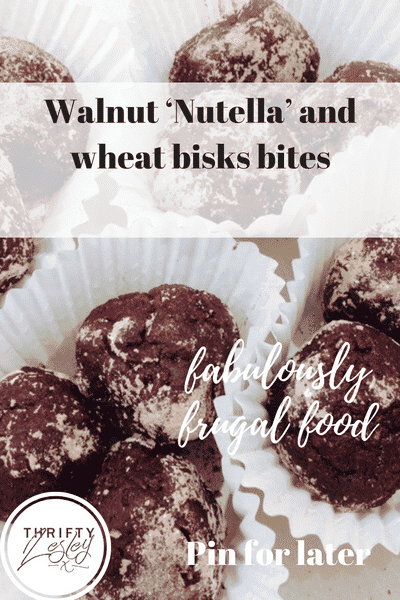