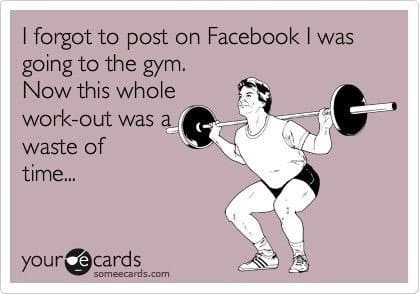 I’ve been enjoying many different ways of using the dried vegetables and fruit. I’ve bought some onion powder, which has a pretty intense flavour, and I’m enjoying the idea of getting to grips with that, and topped up supplies of beetroot (I only had a little of that to start with) and lots more kale. When I’ve got enough ideas to write about, I’ll list them down.

Went for my 20 week review at the gym this morning. My shape has changed quite a bit, and people are beginning to comment on it. My resting heart rate, according to fitbit, has dropped from 75bpm over the month of January to an average of 68bpm over the month of May so far.    So although it sometimes doesn’t feel like it, I am definitely getting fitter.

But still no significant weight gone. A few pounds only since January. I said to my coach that one of the good things about going to the gym is that I don’t feel I can slack off entering everything into myFitnesspal, which keeps me doing it, and that there is no way I would have followed a diet from Weight Watchers or Slimming World, or anything like it, for this long, with no weight loss to speak of. I can whinge at him about it, and say ‘HELP’.  I’m going up for my new workouts and diet on Thursday. He’s going to give me more carbs for two weeks, then back to the current regime of 60% fat, 30% protein and 10% carbs. Although having said that, I have been having more carbs than that anyway. After the two weeks, I’ll concentrate more on the 10%. They are SO nice there, so motivating, always pleased to see me, taking a personal interest. When I arrived this morning, there was the boss and the nutrition expert as well as my coach all looking at my records and talking about what to do. I’m sure they’ll solve it eventually.

The high fat and high protein makes it a lot easier to stick to than when I was eating recommended levels of carbs.

Since I was last reviewed, I dropped my calories to a target of 1700 a day. Over the last month, after adding up every days calories and dividing them by the days, I have had 1790 a day. I should lose a good pound a week on that.

What I can’t understand is how my weight stays more or less steady on a diet that has gone from 2800 calories in January, down to 2300, then 2002, then 1800, then 1700. You’d think something would have happened along the way wouldn’t you. Weight gain at the beginning, or loss at the end. Or something. But no. Absolutely naff all. I’m a medical miracle me

I’ve been enjoying loads of fish in various forms. Mike can’t stand fish, and has many things that he won’t eat. So since January, it has gradually come about that we are eating different things, which is fine. We walked at Bexhill today, (11,500 steps so far today – yay!) so did a shop at Aldi, where I got several packs of smoked haddock and monkfish tail. Looking forward to those. Also got some Spring greens and kale, I love those dark green vegetables. Would have got some asparagus, but the packs on offer looked old and dry, so we left those. Haven’t had any at all this year yet. The two water tanks in the garden containing sandy soil and 8 asparagus crowns have produced the grand total of three stems so far this year. If that’s all we get, I think I may abandon that idea. Shame, thought it would work in the tanks.

I picked up some lovely looking nutty granola, and a fruity one. I almost put them in the trolley as they were such a good price, but on looking on the back at the nutrition panel, the second ingredient was sugar syrup, and each 45g portion had a whopping 9g of sugar. That’s one of the reasons I like making it, as I know exactly what’s in it, and added sugar isn’t one of the ingredients. I’ve got used to the lack of sugar and it tastes quite sweet enough to me with just a little bit of fruit in it.

On Saturday, I’ll be giving one of my famed demo’s of Thrifty Lesley at the annual Agricultural Show at Tottingworth Farm. I’ll be there, doing my thing from 11-1pm, then I’ll be free to have a look round. I usually go, it’s a good day out. Tottingworth have an abbatoir on site, and they farm too – cattle and sheep. The resultant meat is sold at the local butchers, Pomfrets, and now in the farm shop too, which is all of half a mile from my house. When we went to the open day, I was rather surprised, and very pleased to see that the meat, fruit and veg were very competitive compared to a supermarket. So I shall try and do lots of my shopping from there.  I like to support local businesses when I can. The chicken they sell is Red Tractor standard, which isn’t that great. So I may get that from the butcher, they do higher welfare poultry. The cattle and sheep graze in the local fields, so I can see that they are outside animals, not cooped up in a shed, and it’s beautiful produce.