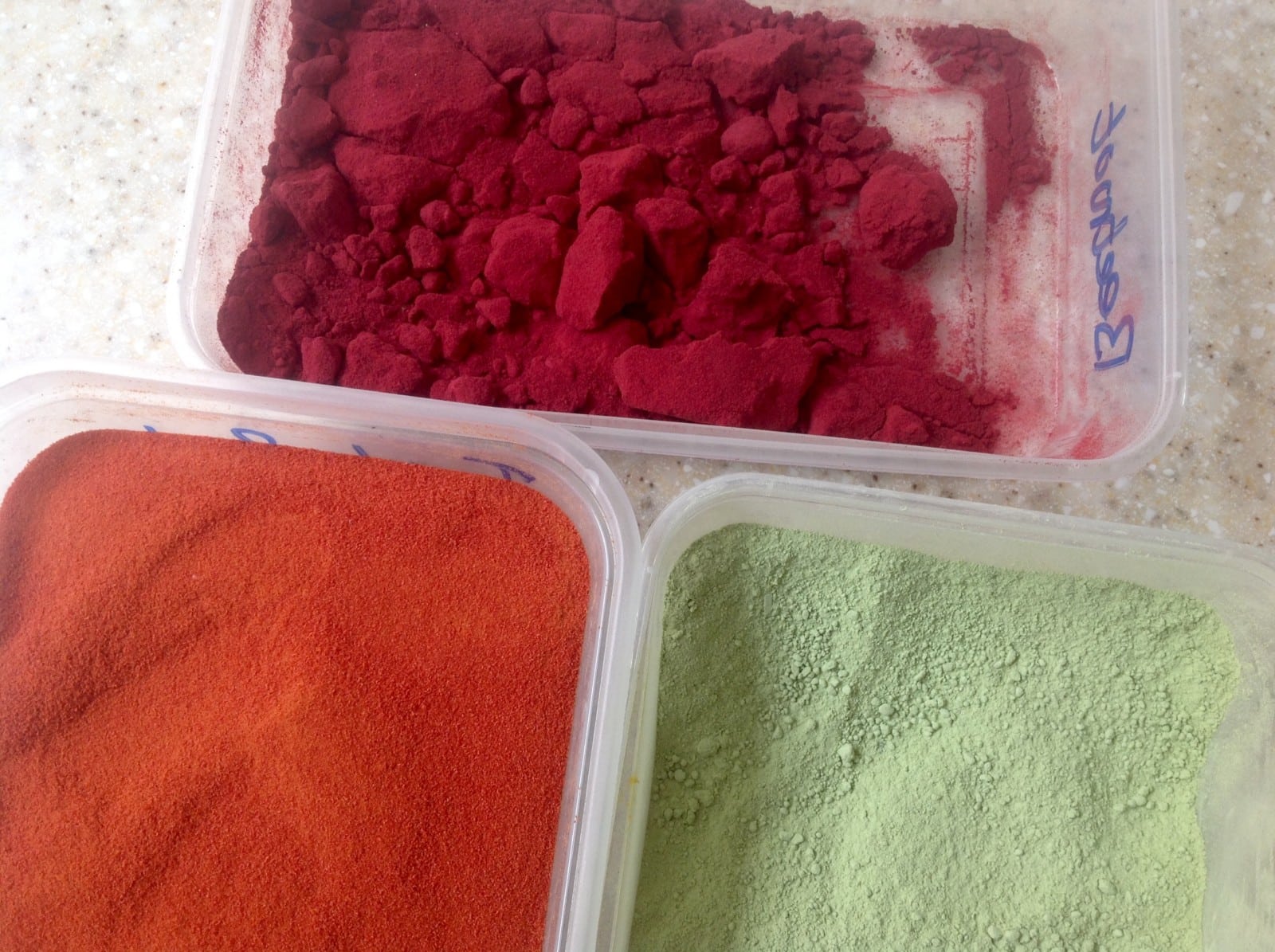 I have been on a journey that began with Google and ended with kitchen experiments, and you know how much I love those!

I have been making mueslis and granolas for a while now and one day a few weeks ago, I took a fancy to adding some of those dried raspberries you get in some cereals.

That’s where Google came in. I googled freeze dried raspberries and this site, healthy supplies, came up. I know those aren’t raspberries in the picture. More of that later.

I was quite intrigued to see that not only did they sell said raspberries, but lots of other freeze dried fruit and veg as well.

I went on to google again, and did a bit of research on the nutrition of dried fruit and veg.

Livestrong said this, which was a great start. And everywhere else I looked backed that up. The consensus seems to be that around 97% of nutrients remain, with what losses there are in vitamins C, A and E. That was good enough for me and I decided to order some items and see what they were like. I was particularly intrigued by the vegetable powders, especially the kale. We could all do with downing more leafy green vegetables and if it is easy, so much the better.

Freeze-drying removes negligible amounts of the naturally occurring nutrients in food. The Wild Backpacker website reports that freeze-dried foods lose water but few nutrients, while retaining most of their flavor. The biggest losses in nutrients through freeze-drying occur in vitamins C, A and E. However, the vitamin losses are mild to moderate. Fiber remains intact, as do anti-oxidants and phytochemicals, which are chemical compounds that may provide protective health benefits.

I ordered loads of stuff from them and was very excited when the parcels arrived, opening up each package immediately so I could try every item.
Beetroot

100g of freeze dried for £3.99, which is the equivalent of 950g of fresh, so about 25% more expensive than value fresh. Mild, sweet and often used, strangely, just as a colouring. Could be added to almost anything.

We are supposed to have each colour of fruit and veg each and every day and the purple portions are the hardest to get. So we have been making concerted efforts to have more of those in particular. Beetroot counts as a purple portion, so I got some freeze dried beetroot powder. The picture at the top of the post is of three vegetable powders. Beetroot, kale and tomato.

The beetroot is mildly sweet and beetrooty, very pleasant. It could be added to a wide variety of dishes. One of the (many 😆) things I have tried since receiving my shipment used this. I took one of my favourite ingredients, 60g of value cream cheese. To that I added a tablespoon each of the beetroot powder, and one of kale and mixed it all up. I had that on 2 slices of wholemeal toast for breakfast this morning and it was completely gorgeous – creamy, mildly sweet and sort of nutty from the beetroot with the mildest of mild ‘green’ flavour from the kale. It would make a great sandwich filler, maybe with some crispy fresh veg too. Or in a jacket potato, used with crudités or even stirred through pasta. Could be a good way to get children to eat some greens.
Kale

250g freeze dried for £5.99, equivalent to £3.99 for a kg of fresh. Asda are selling fresh for £3.30 a kg. A little more expensive than fresh, but will keep a long time in the cupboard, perhaps a useful quality for singletons and a way to get your greens. In addition, the dried form can be added to many more things than the fresh can. Possibly a useful feature for anyone reluctant to consume veg. Kale is pretty much a superfood and anything that gets us to eat more of it is probably a good thing.

The kale powder smells green and of the vegetable that it is. It could easily be sprinkled in and on many things. I had a home made ‘cup a soup’ this afternoon. I put a tablespoon each of tomato powder and kale powder in a mug and poured over boiling water, stirring vigorously. I had to stir just before each mouthful, but it was delicious, cost around 23p and had 3 portions of veg in just that one average sized mug. It was sort of meaty and rich from the tomato, vegetably from the kale and definitely something I will do again. I’m going to get some onion powder and I think that will work well in this kind of thing.
Tomato

500g freeze dried for £3.99, equivalent to 46p a kg, so even cheaper than value tins of tomatoes. Around half the price in fact, so a valuable resource for anyone wanting to reduce their grocery spend.

This smells and tastes a bit like tomato purée. It can be used anywhere that you might use tinned tomatoes or purée. It would be great in the tomato scones, added to soups, used as part of a home made ‘cup a soup’, made into paste to use as purée, mixed with butter or cream cheese for a savoury spread. A versatile and economical ingredient.
Fruits

There are a wide variety of freeze dried fruit available from strawberries, raspberries, apples and bananas, to blackcurrants, blueberries and blackberries. Some are economical, others not so much.

Back to those strawberries from the beginning. They are deliciously piquant and work beautifully in that muesli. Although I found today when taking the picture that they had gone a little soft in the mixture. So it might be better to add a sprinkle to a bowl, rather than add them to the muesli mix. That way, you keep the crispiness. They cost about one and a half times as much as fresh.

The raspberries are wonderful, costing less than fresh, but as fresh are expensive, they aren’t cheap.

Freeze dried bananas have a much nicer texture than the type you can get elsewhere. However, compared to fresh, they are a rather shocking ten times the price. I’m not saying don’t buy them, but they are rather more of a treat. I got some cacao nibs for the antioxidants, crunchy and extraordinarily bitter (they are, after all, cocoa, in lumps) and a piece of banana goes exceptionally well with a nib or two, and indeed, any other fruit.

As mentioned earlier, more purple is required, so the purple fruits were purchased. I can’t tell the value of blackcurrants as there aren’t any in the shops right now. Freeze dried cost £6.79 for 100g, the equivalent of 600g of fresh.

Blueberries are around 50% more than fresh, whereas cherries are 25% cheaper.
Verdict so far

I feel that I’ve found a valuable resource and an interesting new way to eat fruit and veg. I love making granolas and the type of muesli that Dorset Cereals make, and these ingredients give me a few more flavours to use. Banana, chocolate and cherry: almond, raspberry and chocolate: Brazil and strawberry etc

The vegetable powders provide many opportunities to add a portion or two of veg: to make a quick pick me up mug of soup: to make sandwich fillers: to experiment and play in the kitchen. They are a useful thing to have in the store cupboard for small families or singles. And of course, there shouldn’t be any waste at all. That possibly makes them more economical than fresh. I wouldn’t recommend using these to replace fresh of course, but they are a very useful adjunct.

I will be continuing to play with these new to me ingredients and see what I come up with. Have you used freeze dried fruit or veg? Did you like them, do you still use them? 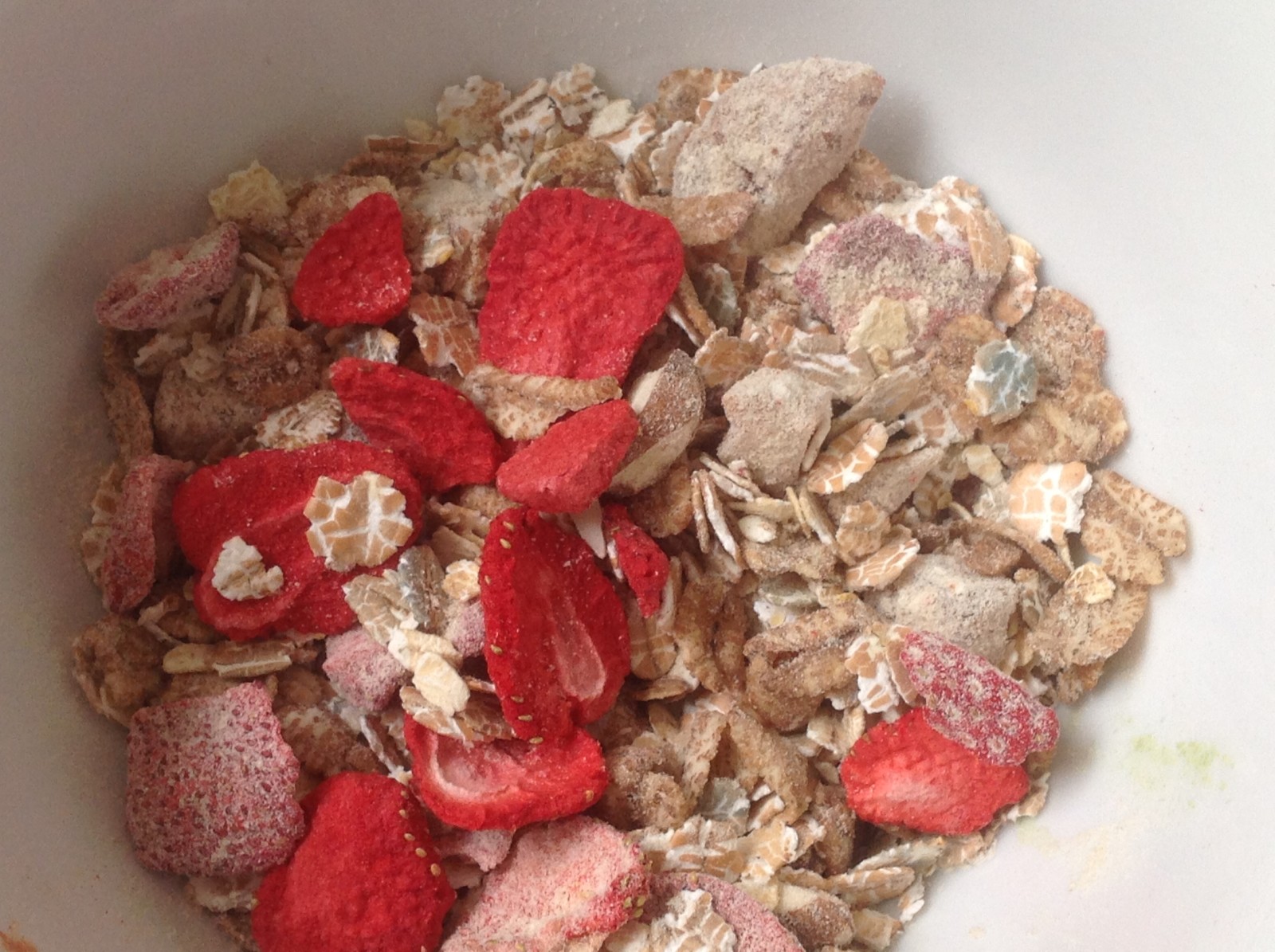