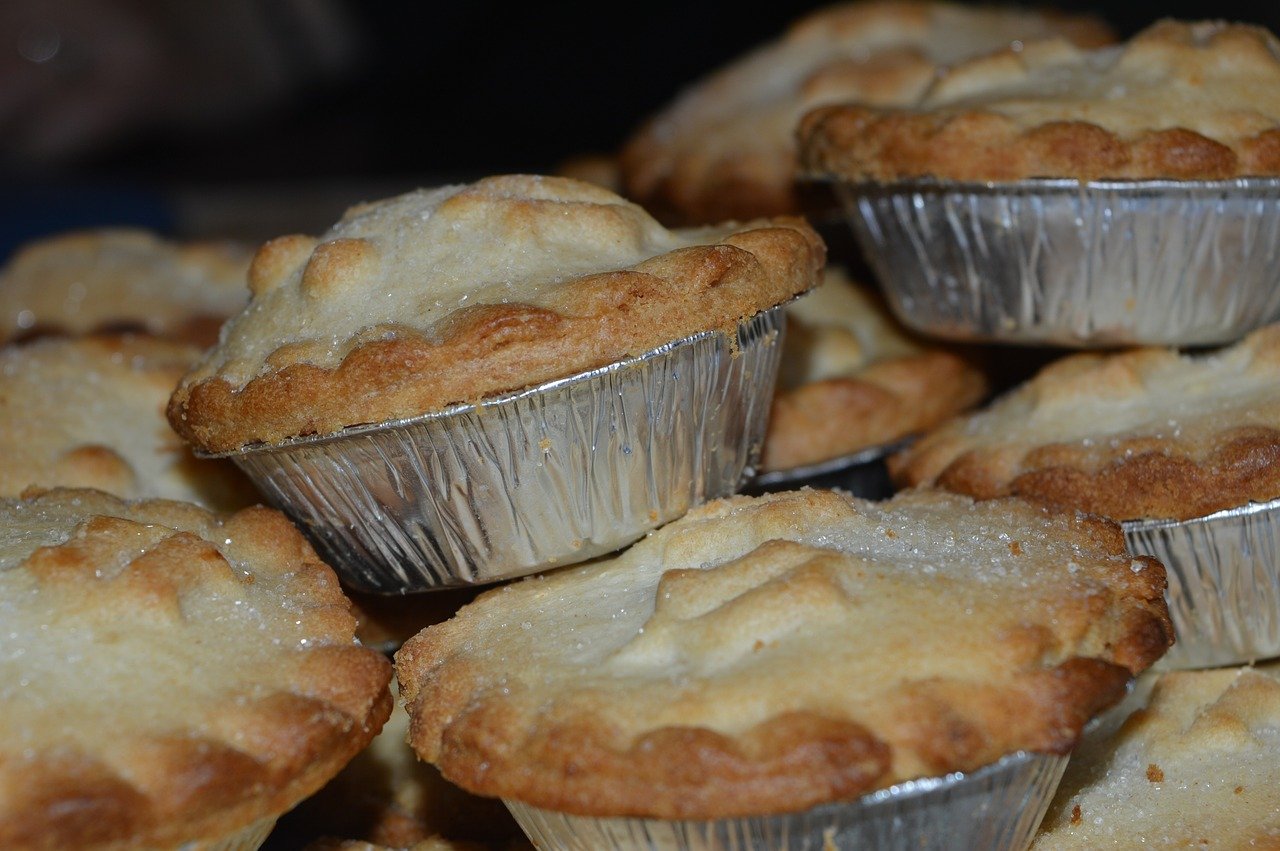 A few days ago, I made some mince pies for the U3A Christmas meeting. I had bought a new large jar of mincemeat, but then remembered I still had 2.5 jars of the same size left from last year. So I dug out one of those and used that.

I made some oil pastry, then used it to make a dozen normal sized pies. I had been asked to bring 30 mince pies, I don’t have any more tins for normal sized pies, so I dug out 2 mini tins and made some using those. Each little tin made a dozen mini pies.

The next day, I used the remaining mincemeat and the remaining pastry to make a further 20 mini pies. So 1 large jar of mincemeat made a total of 12 normal sized pies and 44 small ones. The mincemeat came from Aldi, but I can’t find it on mySupermarket, so I’ve used the price at Tesco

If I wanted to swoosh it up a bit, I would add some fresh, diced apple or cranberries; dates; walnuts; fine chopped dried apricots or mango. I watched Mary Berry last evening and she grated some marzipan on the top of hers which sounds a delicious thing to do. I haven’t tried it, but the grated zest of a lemon or an orange would bring an extra element of flavour too

If you don’t want to make mince pies, how about some mincemeat muffins? Super easy, just a bit of light stirring. They freeze well and are extremely moreish

Or for something different again, try these wonderful Mincemeat Brownies. The dried cranberries are an expensive ingredient, but contribute a great deal to the flavour, giving delicious little sweet and sour flavour pops, the bake wouldn’t be the same without them. You are unlikely to be able to taste the butter, so I’ve swapped that out for margarine. The ground and flaked almonds are lovely, but could be left out, add extra flour to replace them. If you can, please use free range eggs, but if needs must….   The glace cherries could be left out too to keep the cost down

The original recipe came from a tv chef in the 1980’s, and I simply can’t remember what his name is! I can picture his face and I’ve Googled to try and find him to credit the recipe, no luck so far. If I remember who it was, I’ll edit here –  AHA, GOT IT! Antony Worrall Thompson

Total cost £5.29, at 25 pieces, 21p each. This costs a bit more than our usual cakes and bakes because of the high value ingredients of almonds and cranberries. See above for suggestions on how to cut the cost

I’m sure Asda must have mincemeat, but couldn’t find it today on mySupermarket, so have priced it using Tesco

Cream the fat and sugar together until light and fluffy. Add the eggs, a little at a time. Don’t add too much at once or the mixture will curdle. If it does curdle, add a spoonful of flour, beat it in, and continue slowly adding the eggs. If it is still curdled, no matter, the bake will still work fine and taste just as good, it simply might not rise as much.

And if none of those appeals, make some super easy ice cream and stir some mincemeat through it, with some lemon or orange zest too if you like. All the Christmas flavours, no heavy pudding – although it does have double cream in it.

Crush some mince pies and stir through vanilla ice cream and re-freeze. You could add some Baileys too for an extra seasonal flavour

Mix in some crushed mince pies or mincemeat from a jar to a cheesecake topping. The recipe link is a no-cook one, and just involves a bit of stirring.  Baileys here, as with the ice cream, would make a nice addition.

Chop some apples and top with crushed mince pies. Bake in the oven and serve with custard, cream or ice cream for a super easy festive pudding 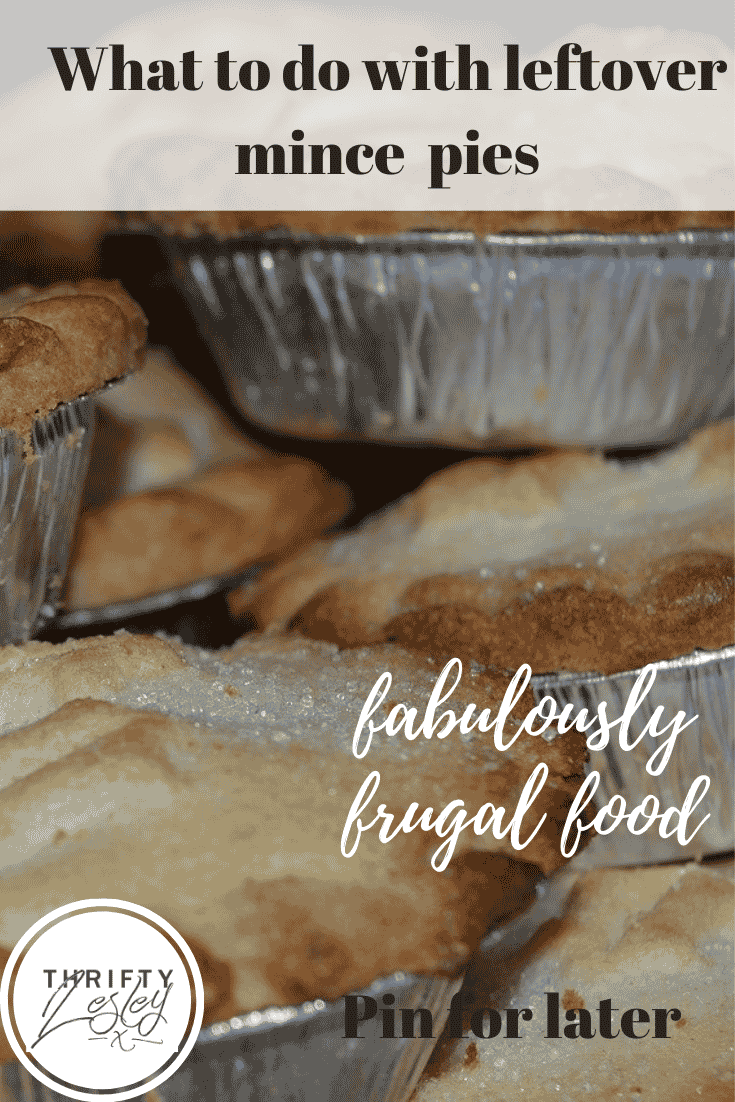