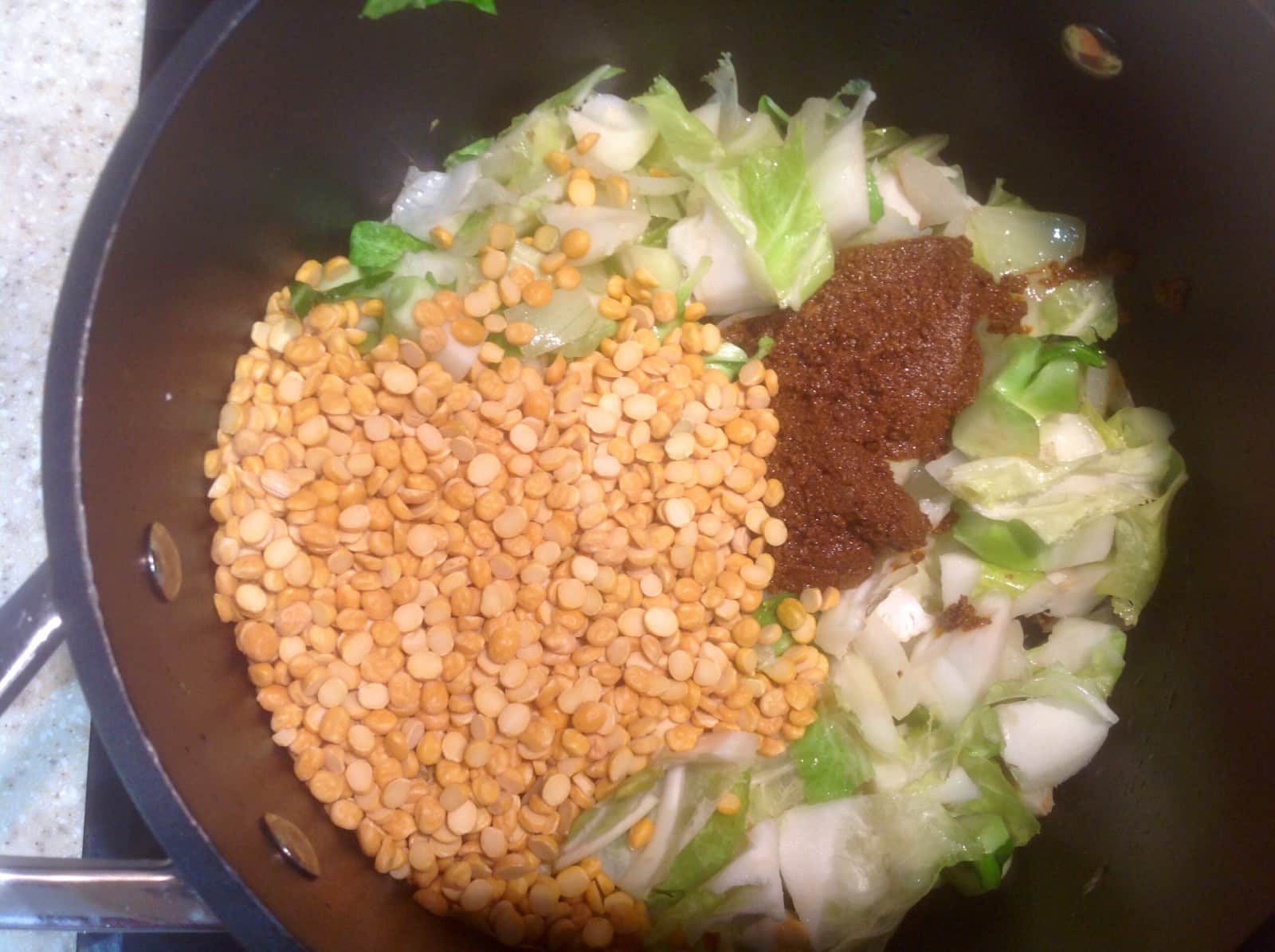 Had an experiment that turned out lovely today. I intended to make a Dahl, but it ended up as Dahl soup because I added too much water.

There were the stalks and stems from an entire cauliflower in the fridge, and I thought it would make a delicious Dahl, with some yellow split peas.

So I chopped up an onion and sauted it. Then chopped up all the usable bits from the cauliflower, added that, and a broccoli stalk and cooked it through for a bit. I added 2 tblsps of Pataks Balti paste and cooked it off. 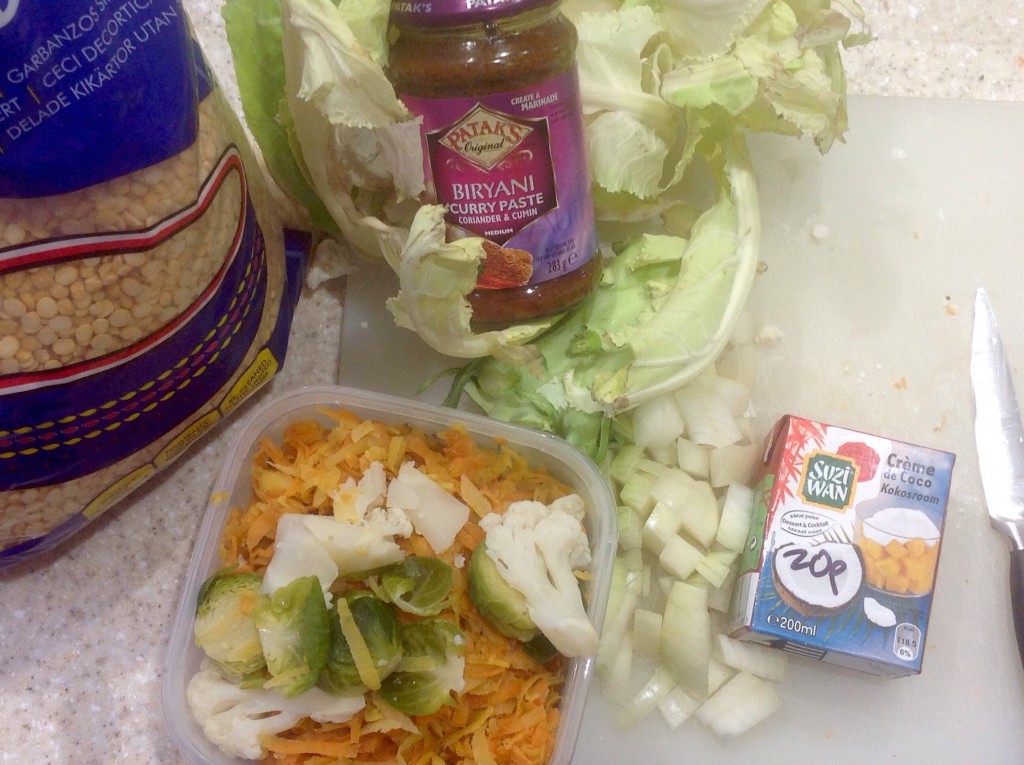 Then in went a cup of yellow split peas and some water, some leftover swede and carrot mash and a couple of other bits of leftover veg from last night, on went the lid and it was simmered until the split peas were soft. I didn’t use my usual red split lentils as I don’t have many left and need to get another big bag of them from the Indian shop in Tunbridge Wells.

Once the peas were soft, I added a pack of coconut cream that I’d got from Approved Foods for just 20p, and stirred it all through, seasoned and tasted it. Ooh, yum yum.

Because the split peas don’t soak up water quite as much as red lentils, the water I added left the mix still rather runny. As I had added the coconut, I didn’t really want to reduce it down, it might split, so I’ll use it as soup.

Those few ingredients made 5 portions of soup, so the total cost will be just pennies. 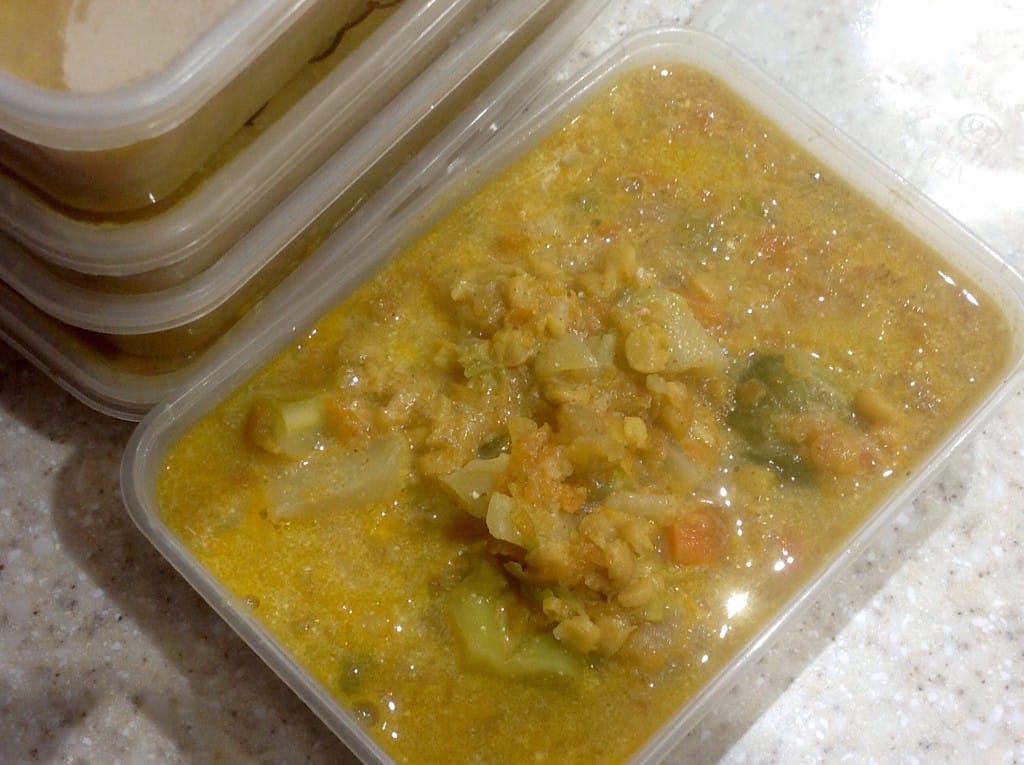 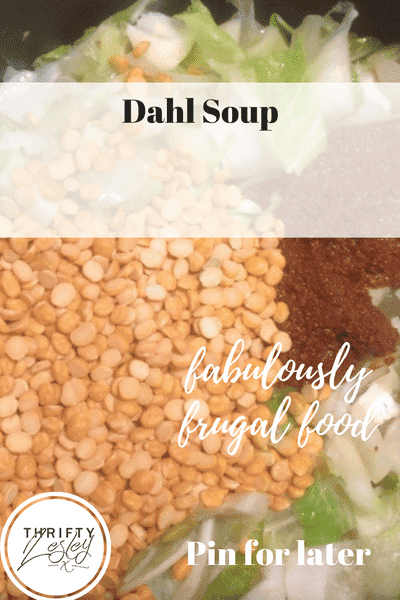