Muscovado and Red Fruit Cheesecake, 50p a serving with the fruit, 33p without

Muscovado and Red Fruit Cheesecake, 50p a serving with the fruit, 33p without 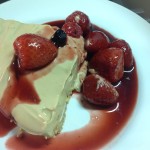 Inspired by Masterchef, I wanted to make a muscovado cheesecake. One of the chefs did one on there, and it sounded seriously good.  I had a little Google for a base recipe and came across this Nigella Lawson one for Cherry Cheesecake, it is from Nigella Express apparently.

Had a little fiddle, of course!! And came up with the creation in the picture. It is spectacularly yummy

I used an 18cm loose bottomed tin as there are only the two of us and I didn’t want to make a huge one – we would only eat it! I am making serious efforts to get our portion sizes under control. I used half of Nigella’s quantities

Mix the pulverised biscuit crumbs and the melted butter. Press them into the base of the tin. 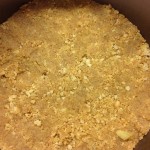 Mix the filling ingredients together and make sure the sugar has dissolved. Unless of course you would like little molten islands of muscovado in the mix, which would be delicious 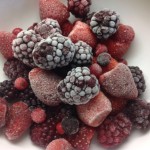 Mix the berries with the sugar and leave to infuse. As the berries defrost, the sugar will draw out some of the juice and make a yummy sauce to drizzle over. 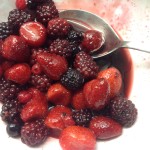 Put some greaseproof, clingfilm or waxed paper round the sides of the tin to help you remove the cheesecake from the tin later on. Pile the cheese mixture into the tin on top of the biscuits, smooth over and leave in the fridge to set. It won’t set hard, but it will firm up enough so you can slice it after a couple of hours. 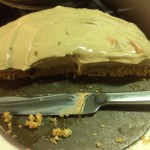 When you are ready to serve, remove the tin from the fridge and pop up the base. Remove the lining paper from the sides and put the cheesecake on a small plate leaving it on the base of the tin. It’s unlikely to slide off the base without spoiling it.  You could try lining the base I suppose, it probably would then.

We had a quarter each of this after dinner this evening. It was utterly yummy on its own, and even more yummy with the fruit and juice drizzled over.

The original recipe called for 30g of muscovado for this quantity. I added 30g muscovado, and although it did taste good, I wanted to have a stronger flavour, so added the full 60g, which worked splendidly.

I added vanilla as in the original, but didn’t taste it, so have left that out here.

I used butter as in the original, but wasn’t aware of that taste either, so you could use any fat that sets hard at room temperature

I used the Total Greek yogort as I like it with fruit for breakfast and had some in the fridge. You could probably use value yogort, but it may well be too runny used as is, so maybe drain it a little to thicken it up a bit 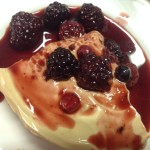 I had the blackberries from the compote as Mike doesn’t like them. He had the strawberries. We were both more than happy. He had a 2nd portion, and the last portion is sitting in the fridge for tomorrow – we might have to fight over that one 😀

Variations
I will definitely do this again and use fine grated lemon zest and a little juce. It would work well with orange or lime as well, grapefruit maybe? In these cases I would use ordinary granulated sugar. A plain vanilla one would be lovely.

Make an intense and sweet or sharp fruit compote, whizz it, and stir gently through the cheesecake mix after piling it on top of the crumbs to give a marbled effect

Almost any fruit compote will be delicious on top of this cheesecake. Some drained value mandarins, maybe with melted chocolate drizzled on top, or chocolate chips mixed into the cheesecake. Summer raspberries from the garden, or value frozen ones. Sliced grapes and banana, kiwi and grapes, caramelised apples fried in butter, finely sliced oranges simmered in sugar and a tiny bit of water to caramelise them, clementines simmered in water for half an hour or microwaved for 5 minutes or until very soft, remove the pips and pulverise them, sweeten if necessary

You could make some nut brittle, using some shards,or pulverise it and serve it with or on top of the cheesecake. And if you are really clever, you could do some spun sugar 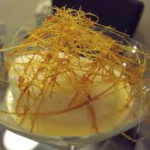 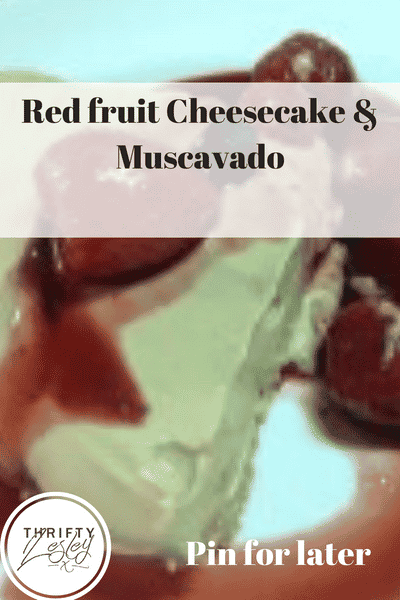