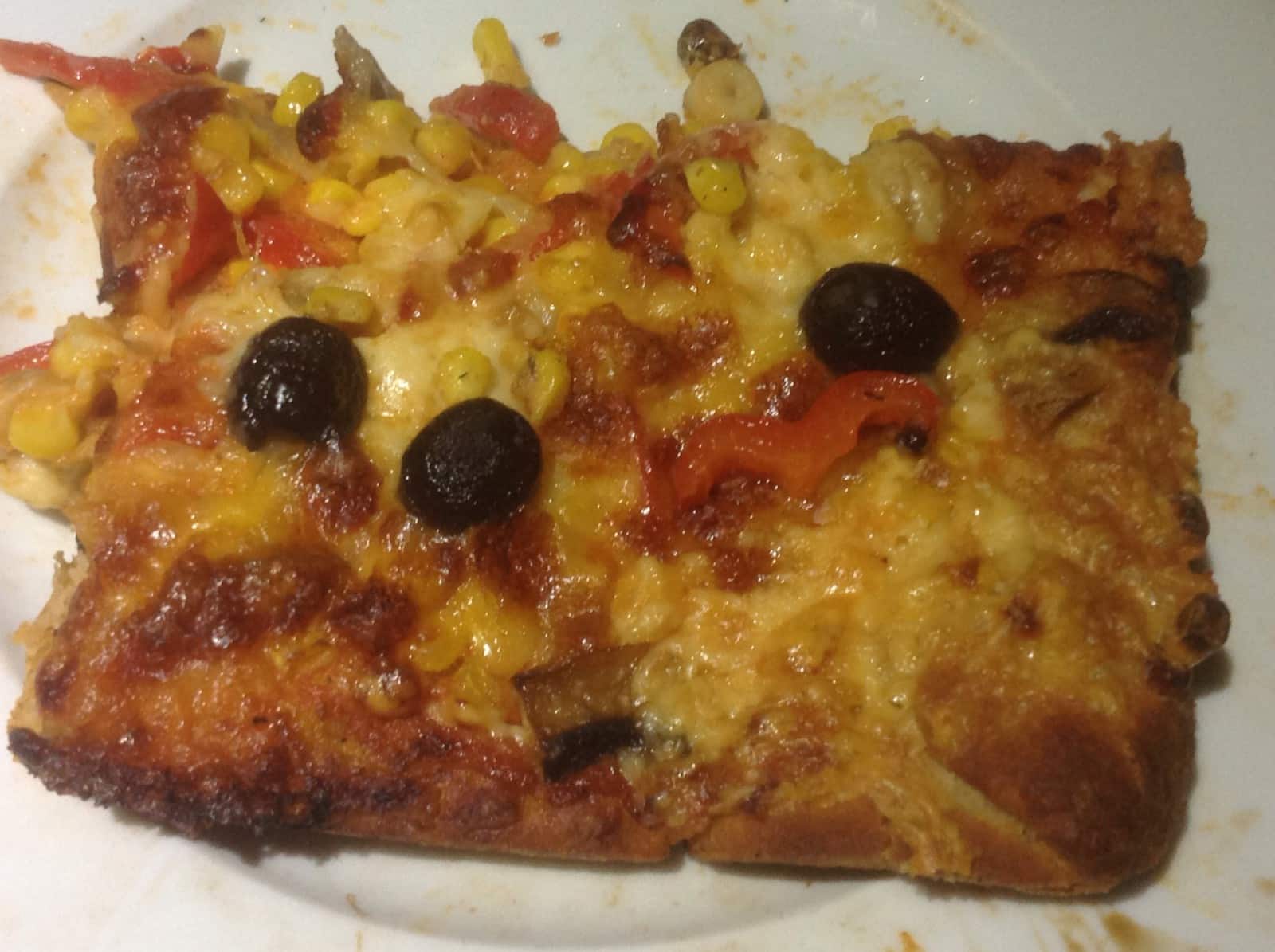 Pizza for dinner tonight. Oops, forgot to take any pictures

the picture above was taken after dark and is the last remaining portion.

Remember the magic dough kept in the fridge?
When we got back from the bread course we went to at River Cottage, I made a bread mix.

I mixed 500g flour, a sachet or 7g yeast and enough cold water to make a very loose mix, almost like a batter. Just mix with a spoon. Cover and put in the fridge. That’s it. No need to knead.

On the course, the tutor showed us how to make sour dough which utilises yeasts just around, not from a packet. I was going to have a go at that, but to be honest, this is as good. The packet yeast has been diluted many times over by now.

The gluten will develop slowly and give a better and better flavour over time. I add a pinch of salt when I use the mix if making flatbreads, more if making bread.

This mix can be used for anything that is a bread dough….flatbreads, rolls, a loaf, breadsticks, pizza, pitta, nan bread, anything.

It lasts for ever in a way in that whenever I use some, I just top up the bowl with more flour and water and put it back in the fridge, covered. It will sit there quite happily for up to two weeks without doing anything to it at all. If I haven’t used any for ten days or so, I just stir in a handful of flour and a splash of water and put it back. This topping up business is what develops the flavour, that and the looooong time working in the bowl. The natural yeasts in the flour grow and develop, each bowl of dough having its own unique flavour.

Since starting this bottomless bowl, I have added the rest of the bag of the strong white flour, wholemeal flour, rye flour and I’m now just using value self raising, which is what I use for everything else (except Yorkshires, which must be made with plain in order to rise).

If you want to make a flatbread for instance, put some mix on the worktop, add enough flour to make it a dough rather than a batter, a pinch of salt, roll out 100g of dough and cook your flatbread in a dry pan. Any dough leftover? Put it back in the mixing bowl.

So, this evening, pizza was on the menu. So out came the bowl and I put some mix on the worktop and covered it with flour. After working it in to make a dough (forgot the salt, but it didn’t make any difference) I rolled it out to roughly the shape of the baking tin I was using, to the thickness I wanted. We like pizza to have a reasonably thick base, more than thin and crispy, less than deep pan. I put it in the tin much like you would if you were lining it with extra thick pastry, and pulled off the extra, throwing that back in the bowl, topped up the mix and put it back in the fridge.

Then the fridge cold base was put on one side to puff up. Meanwhile an onion was fried and a tin of tomatoes added to it, whizzed smooth, seasoned and left to cool a little.

While that was happening, a pepper was chopped fine and added to fine sliced mushrooms and sweetcorn.

Then I used half the tomato sauce swirled over the now puffed up base, sprinkled over the veg, topped with a few black olives and 125g each of mozzarella (a value ball) and cheddar. It was baked in a very hot oven for about 25 minutes until golden and cooked through.

This made 4 portions, although DP ate 2 of them, and we had some shredded iceberg lettuce and cucumber drizzled with balsamic with it.

The pizza base had fantastic flavour, I was really pleased. Having the mix ready to go in the fridge made this a much quicker meal to prepare.

We have flatbreads often now at lunchtime, still fresh and warm from the pan and filled with anything we fancy that day. 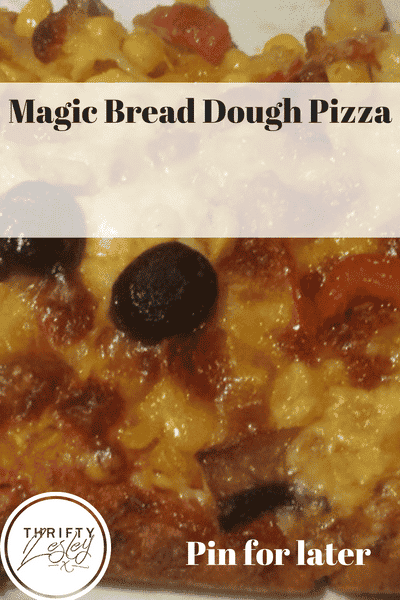