Two tins of tomatoes. Is there a difference worth having?

Two tins of tomatoes. Is there a difference worth having? 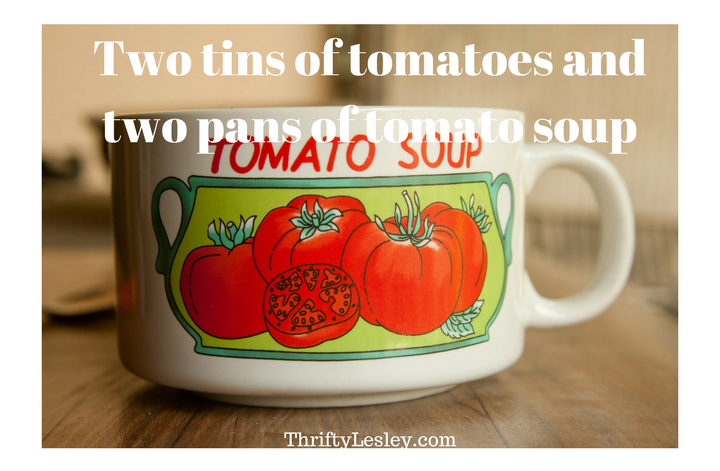 I also thought it would be an interesting exercise to directly compare two tins of tomatoes,  a tin of value chopped tomatoes and a tin of premium chopped tomatoes. We used a value tin from Asda and a tin of Napolina. The value ones were 29p, and the Napolina, on offer at 4 for £2 so 50p a tin. 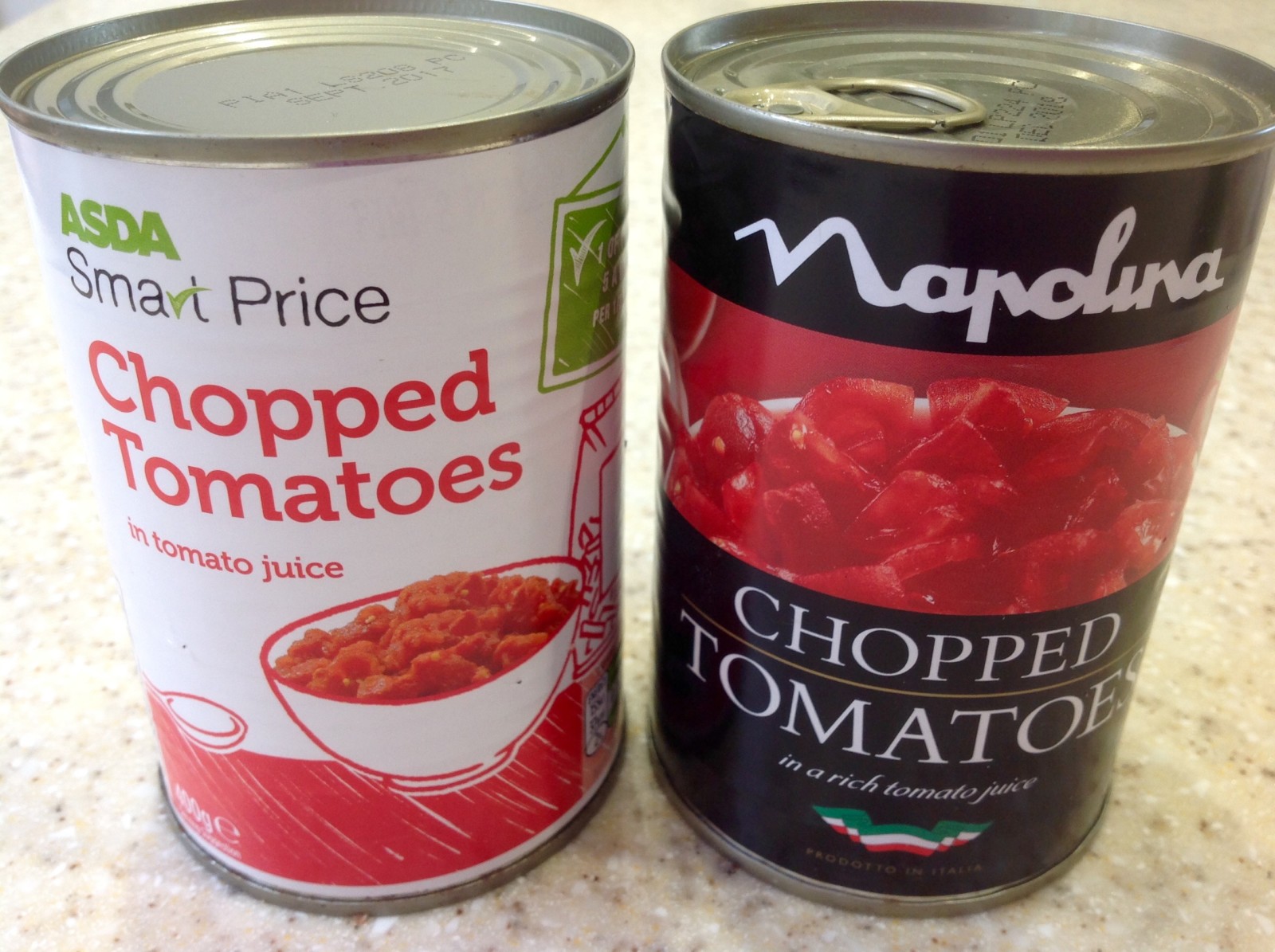 On tipping each tin into a bowl, it was immediately apparent that the Napolina had more tomatoes, the value ones looked watery in comparison. There were 60% tomatoes listed for the value tin, implying that 40% is water, which I think is about right, that’s what it looked like. The Napolina tin didn’t have an equivalent measure on it, but said that the drained weight is 280g, out of 400g, which would be 70%, although quite how you could drain a tin of chopped tomatoes I don’t know! 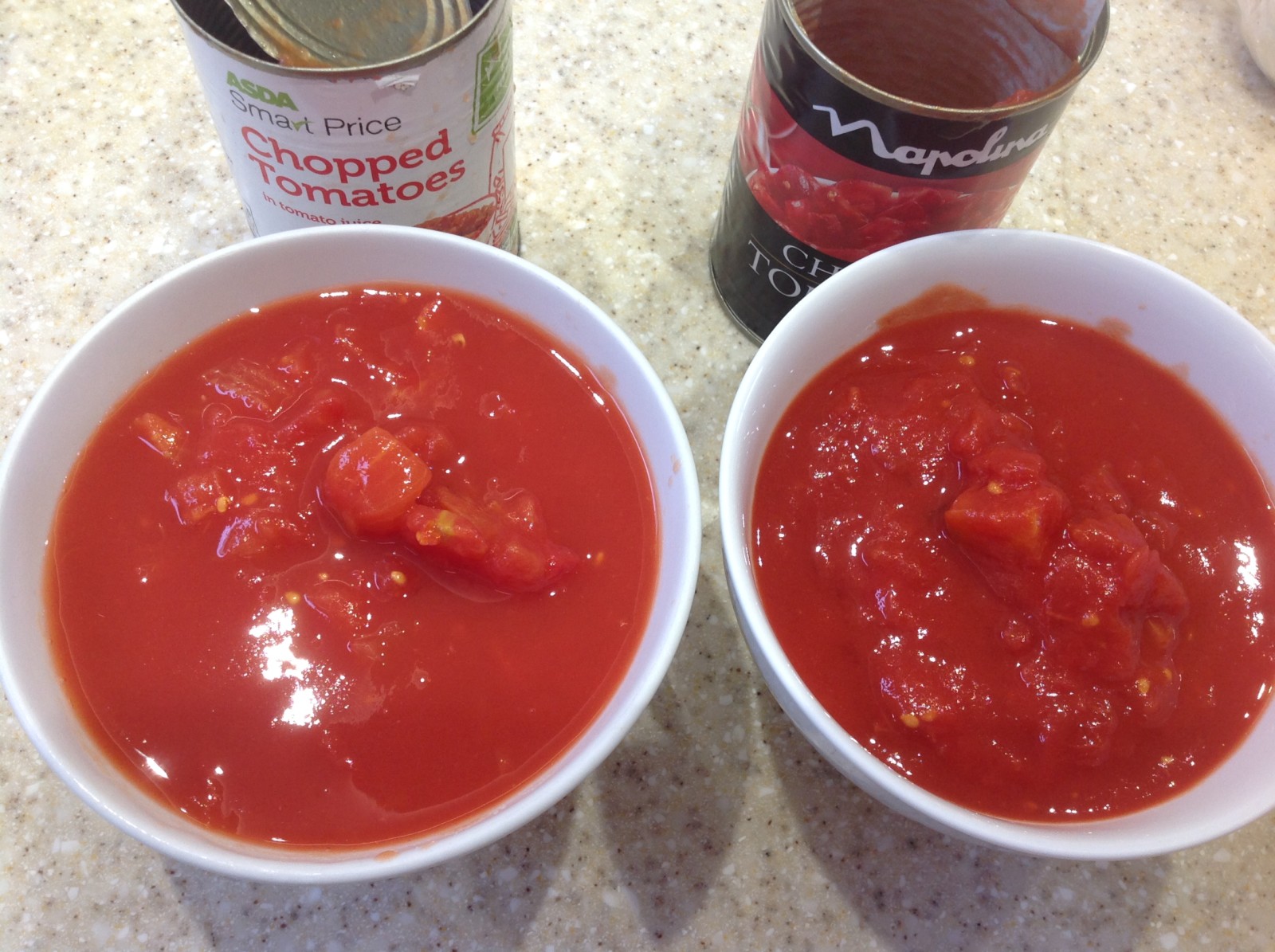 What differences did we find when comparing Two Tins of Tomatoes?

We used the Napolina to make the spinach and ricotta pasta, and I can’t say I noticed anything particularly extra tomatoey about it. So I would be more than happy to carry on using value tomatoes for that kind of thing.

Today, I made Tomato soup, two batches, one batch with each type of tin. I thought that would show up any taste differences if anything would! I used exactly the same ingredients and process for each batch, other than the tomatoes.

And there definitely was a difference.  The completed Napolina soup tasted much more of tomatoes than the value one. It was thicker too. But was it worth the extra cost? Well, this completely depends on circumstances. If you have to buy just one tin, the price is 95p, three times as much as a value one, and although it was nicer, it wasn’t three times as nice! At an increase of 29p to 50p, even at £1 a day, unless you really are counting every penny, I would recommend the 50p ones for soup at least. For 4 portions of soup, that works out to only 5p extra per portion. In fact, you could add another bowlful of water/stock and get another portion from it, without compromising the flavour, so negating the price increase.

The soup made with the value tomatoes was absolutely fine, and the version I have always made before. I certainly wouldn’t complain if served a bowl of this type.

So, what to do. I think I may upgrade to a more expensive tin of tomatoes for some things, like the soup, where it really shows. And for other things, where the tomatoes are just one of many different ingredients? I shall almost certainly continue with the value ones.

What do you do? Do you always buy a certain type of brand? Or maybe one type for some things, another type for other things? I have always used value tins up until now, I didn’t really believe that there was much of a difference.

There have been some interesting suggestions in the comments, including a link to this article written in 2013 to an article comparing a lot of value tins. It’s well worth a read. 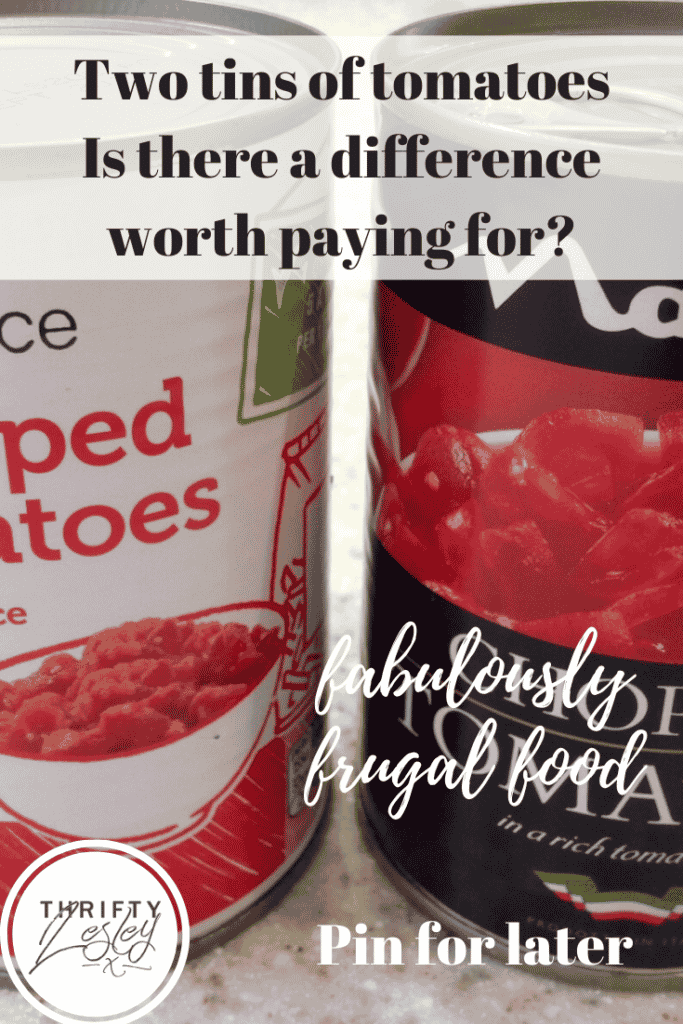