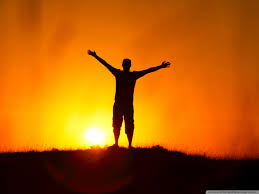 What a glorious day today.  We went down to Hailsham to speak with a photographer for the wedding, he had some lovely shots, as you would expect, and seems like a nice chap. He gave me the number of a friend who does flowers. I don’t need loads and loads, just a few.  I called her when we got back, but she was on answerphone, I’ll try again later.

The sunshine was wonderful and when we got back I got out in the garden. Just a day to be outside.  I tried cleaning the paths with a horrible chemical concoction. It didn’t really do very much and I shan’t be buying it again. I ended up using the hoe and scraping the brick parts with that. That seemed to work pretty well. Then I planted out the broad beans which are growing away strongly now. The tomatoes aren’t up yet.

I read recently that you get a bigger crop if you grow potatoes in an 8 litre container, using just 1 tuber. So I’m going to try that this year. I have tried growing them in an inside out compost bag, but when I tipped them out at the end of the season, they were very dry, even tho I thought I had watered them a lot. It might work better in a smaller container. I have tried growing them in the garden too, but didn’t have much success there either.

Twice I have made a vegetable seed order, then, when they haven’t turned up, I have checked my email and can’t find the confirmation, even tho I know I had one.  I have just ordered it again. Am behind now with sowing runner beans,  pole beans and courgette. I prefer to order online as there is a much better selection of varieties, including Pink Fir Apple potatoes, which are expensive to buy in the shops, and really tasty.  I try and grow things that are much better straight from the garden, like runner beans (have you ever bought a decent runner from a shop, much too big, so stringy, and old as well). Or things that are very expensive. I have had to give up on purple sprouting broccoli, which is wonderful fresh from the garden, and very expensive to buy. But the cabbage white butterflies are a complete nightmare here, hundreds and hundreds of them.

I also used to grow sweetcorn in the old house, but we just don’t have enough room here to grow that. I do Brandywine tomatoes, a heritage variety with the most spectacular flavour, plus Tigerella, a stripy ordinary sized one, also with smashing flavour, and then a cherry one, like Moneymaker. I can cram 3 of each variety in my small greenhouse and get a fantastic crop year after year.

I have some salad leaves growing which will go out in the garden in a while. The watercress is starting to get away now under the greenhouse benches and the radishes in a big box are beginning to fill out.

I just love this time of year