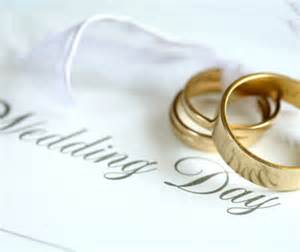 I thought it would be fun to have a go at making haggis seeing as it’s Burns Night in a couple of weeks. So in that spirit, I cruised the interweb looking at recipes. I know that it is made using sheeps pluck and a cows stomach, but I was hoping to find a couple of alternative recipes. No such luck though. I don’t expect many people fancy tackling ingredients like that, I’m not sure I do and DP doesn’t like any kind of offal at all.

I don’t particularly want to make something with sheeps pluck, but I applaud wholeheartedly the principle of making use of as much of an animal as possible if you are going to kill it for food in the first place.

I tried haggis for the first time when we went on holiday to Scotland last summer. I had the full Scottish for breakfast a couple of times and really liked it. So I think I shall get myself some from our excellent butcher, he’s been advertising it for a couple of weeks. He does the vegetarian one as well, so I might even get some of that as well to compare the two. DP will probably try that one!

Speaking of DP…… On a certain date in the middle of August, we met for the first time, a mere 38 years ago. Goodness, all those years, where have they gone. This year, we have decided that finally, after talking about it for many years, to get married. Fortuitously, that particular date falls on a Saturday, so we can tie the knot on a date that is already special for us.

So we shall have two weddings this year. My younger daughter will be wed in June, and ours in August.

Yesterday, we went and had a look at a venue we liked the look of and we’ve as good as decided that that is where we shall go. It’s a classy place, they arrange everything, and the total price will be one that we find ok. Unlike DD2, I don’t enjoy all the thinking about seemingly millions of things that can need sorting for occasions such as this, she is loving it! This place makes everything very simple, leaving me to think about the nice bits, like, what on earth am I going to wear!