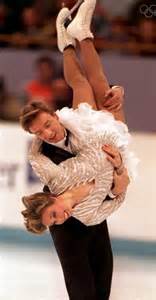 Woke up this morning feeling my old self, hooray! Went up the gym and did my new workout. Phew, it was hard! But then it’s supposed to be, and will get easier over the six weeks it will be in place. Lots of lifting weights in this one. After the six weeks, I will get a new, harder, one, and so on and repeat. I am feeling fitter and stronger and enjoying going up there.

Sometimes, like today, when I go, Jayne Torvill, the ice skater is there. She was having one to one tuition today and my goodness, isn’t she fit. I was in total awe of her strength and flexibility. I don’t stare as I don’t want to invade her privacy, I just couldn’t help noticing on those parts of my own workout when we happened to be in the same part of the gym.

When I got back, feeling very virtuous, I made a whip round the fridge soup for lunch. There were some red lentils in there, of course, what soup of mine doesn’t have red lentils in! And I used up half a tin of baked beans, the end of a Savoy cabbage, a couple of celery sticks, a few rubbery carrots, most of a tin of tomatoes and a bit of lettuce going brown. It was extremely tasty, nice and thick too.

Having made that, when it was time to eat, I used some magic dough from the fridge to make some crusty bread, and we had that with a tiny bit of cheese.

I’ve been watching the programme on BBC2, What’s The Right Diet For You over the last two days, last episode this evening. I took the quiz and came out at 47% Constant Craver, 30% Emotional Eater and the rest Feaster. Constant Cravers have food on their mind pretty much all the time. Sounds about right

All that basically means is that they reckon the diet I will respond to best is the 5:2 one. That’s the one where you severely restrict your intake for two days out of every seven, and eat normally the rest of the time. So I’m going to give that another go. I’ve lost a few pounds so far, not many, lost inches though. Tomorrow I shall be on not many calories at all.

Are you trying to lose weight in January? Seems everyone around me is at the moment. I have friends round for dinner on Friday, and I think I’ll make a chocolate based thing for pudding as I can’t eat chocolate. Means I won’t be tempted to have any pudding. Won’t need anything at that point, I’ll have had enough to eat by then anyway.

I’m going to have to make the bed in a minute. In the middle of December, we ordered a new memory foam mattress. Our existing sprung one is very old and needed replacing. Hush Hush had an offer that was good value, so I ordered one of those. For the last two weeks, I have been contacting Hush Hush, MightyDeals which is who we paid, and TruSleep who were due to provide the actual mattress.

I was trying to find out what was happening, I hadn’t heard a thing. MightyDeals had taken the money on 18th December, and I was getting concerned that we weren’t going to get it. I sent loads of emails, made loads of calls, and didn’t get one response from anybody.

This morning, a cardboard box was delivered about 18″ by 18″ and about 4′ high. A bit puzzled as to what it was, we opened it up and inside was the mattress! It had been vacuum packed and squashed down to an unbelievable size. I was absolutely convinced that when we unpacked it, it would be a single rather than a double. I couldn’t see how they could possibly have compressed a double into such a small package. But they had! We unpacked it, gave it a little plumping and it sucked up the air and inflated itself. AND there were two free pillows in there as well!

Would love to see the machine that created that.

The mattress was giving off a strong smell of chemicals. So although it is on the bed, I left it to air all day with no covers on it. Smells fine now, unless I’ve just got used to it of course!