Self saucing chocolate pudding. Quick and easy, no complicated method, and a mere 20p a serving

Self saucing chocolate pudding. Quick and easy, no complicated method, and a mere 20p a serving 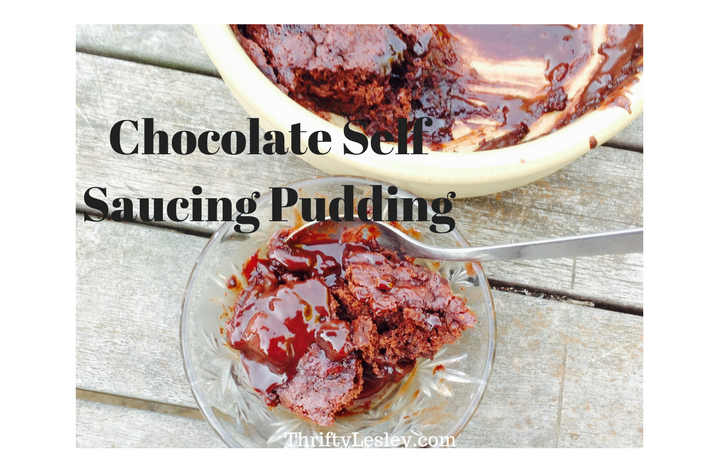 I fancied a little chocolate pudding yesterday, one of those ones that makes it own sauce. I found a recipe and set too. I’ve changed it a bit, cutting the sugar by half as it seemed too much, and it was.

Mix the flour, sugar and cocoa. Melt the butter and add the vanilla and milk. Mix into the flour mixture and stir well. Pour the mixture into a 2 litre oven proof dish. I added a touch more milk as the mixture was quite thick. 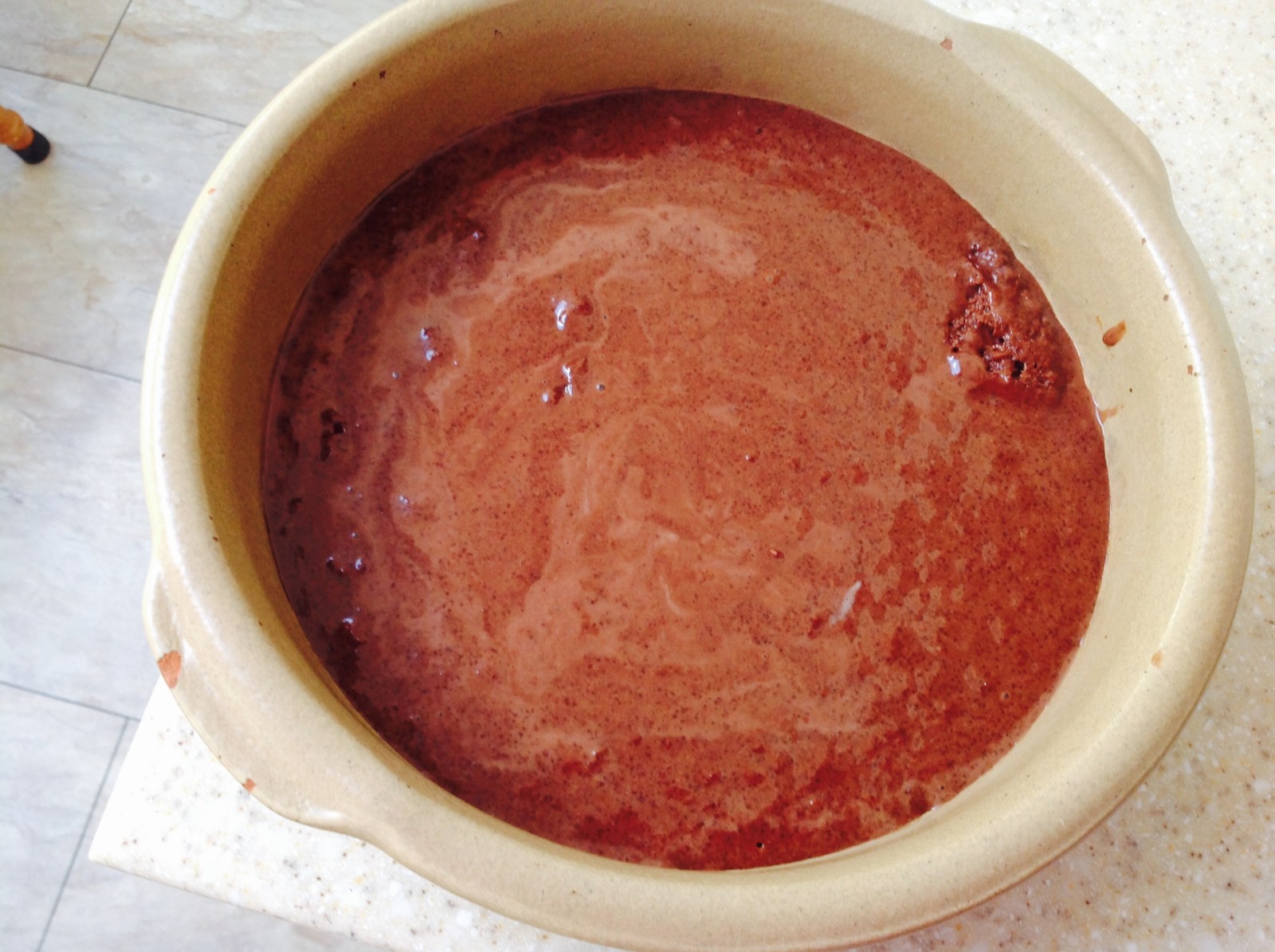 Mix the remaining sugar and cocoa together and sprinkle over the top of the batter. 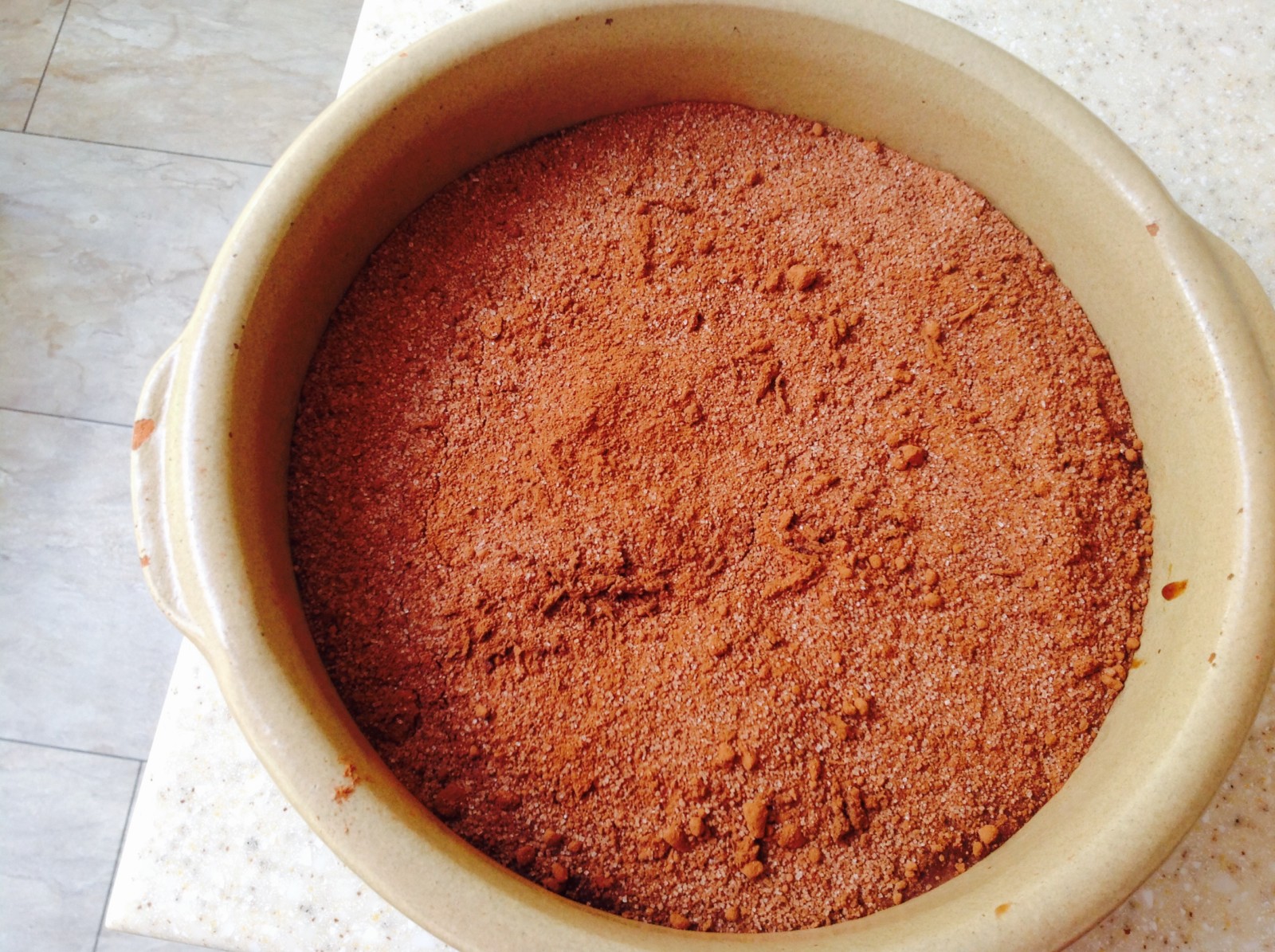 Now trickle over the hot water. 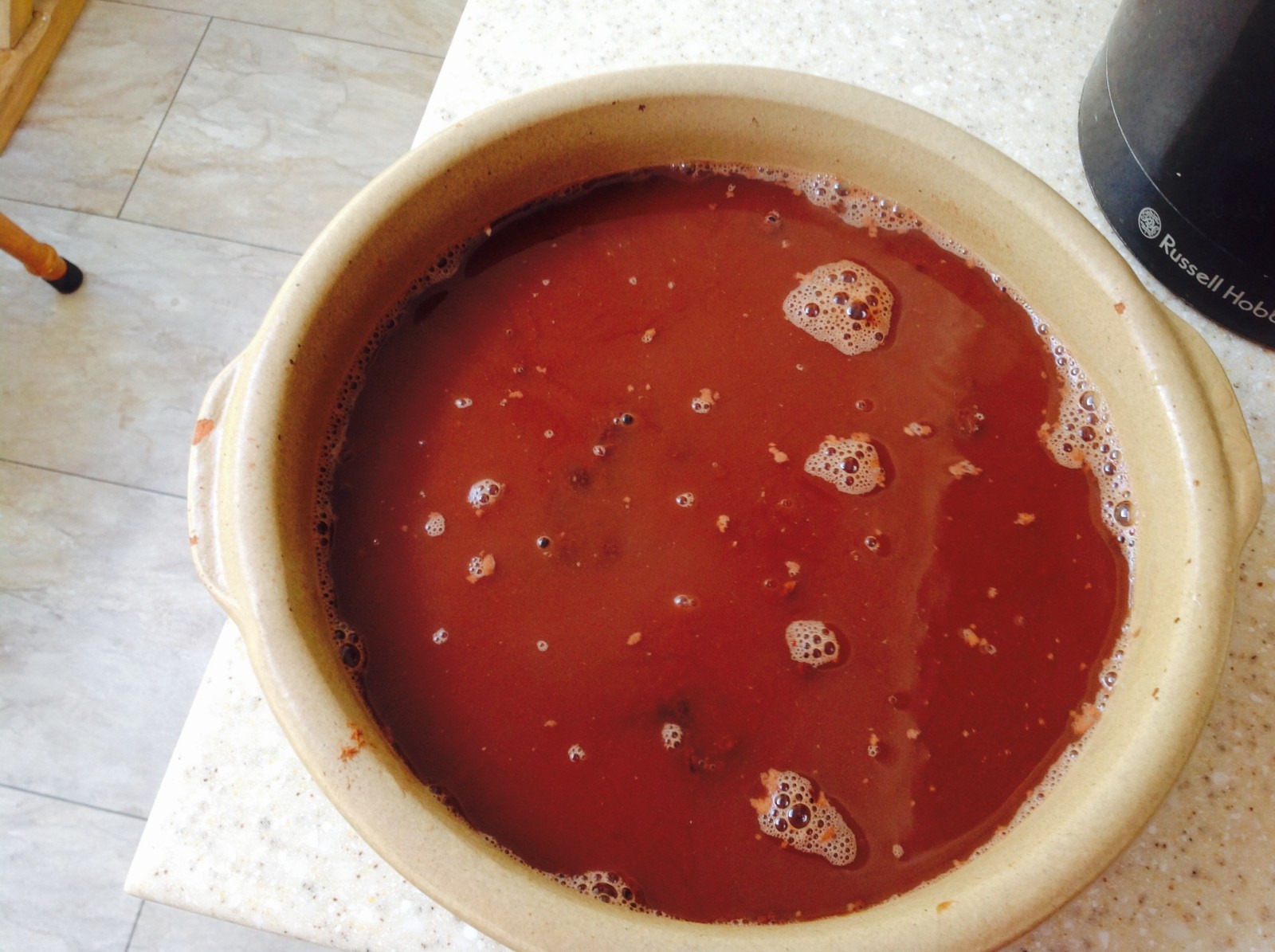 Bake at 190c for about half an hour. It will probably look as if it needs more cooking when you take it out, but it is the sauce bubbling about. I’ve found that even the ramekins take 25-30 minutes 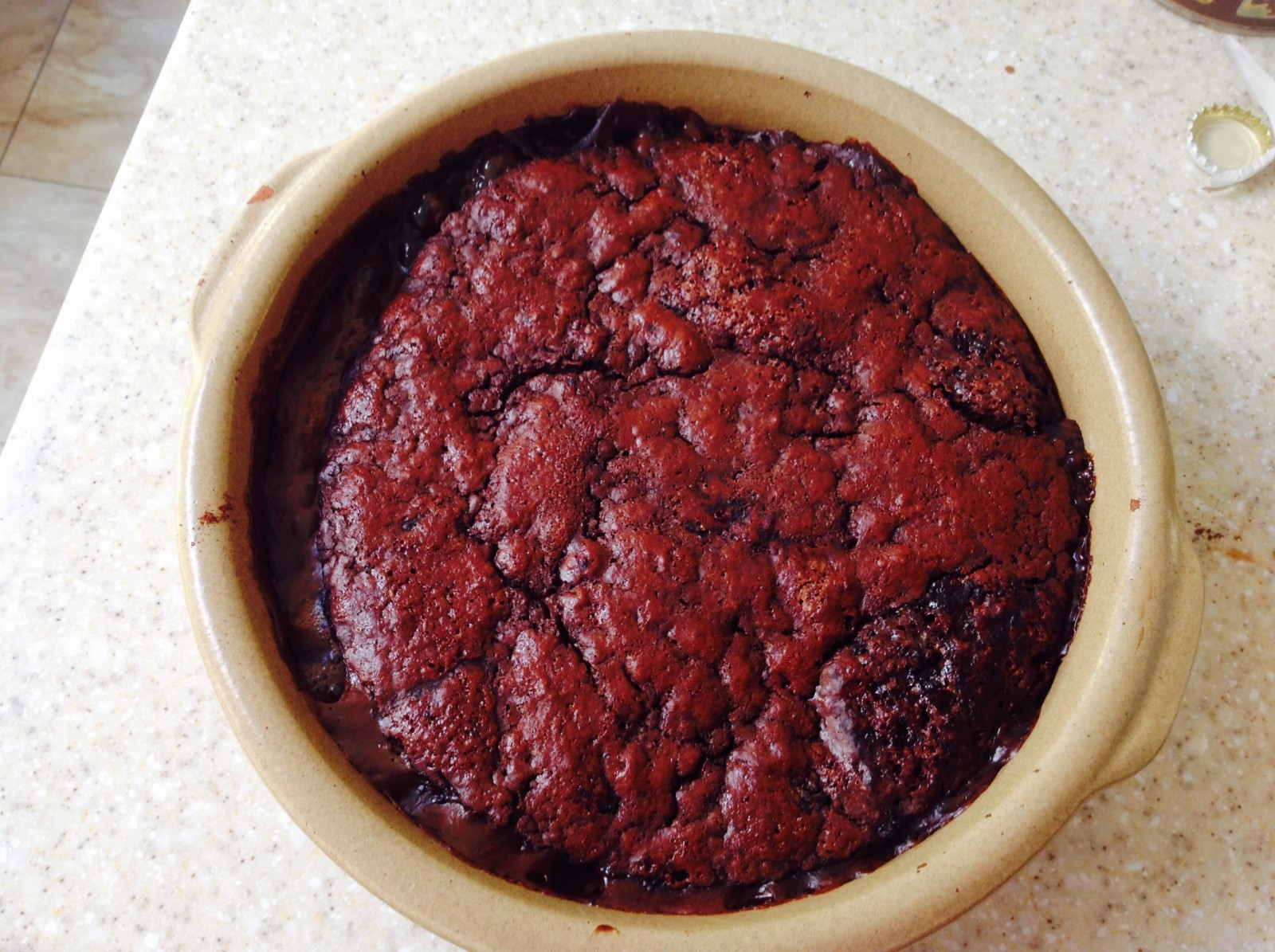 Serve on its own, with a splash of cream or a dollop of ice cream. It’s  seriously good! 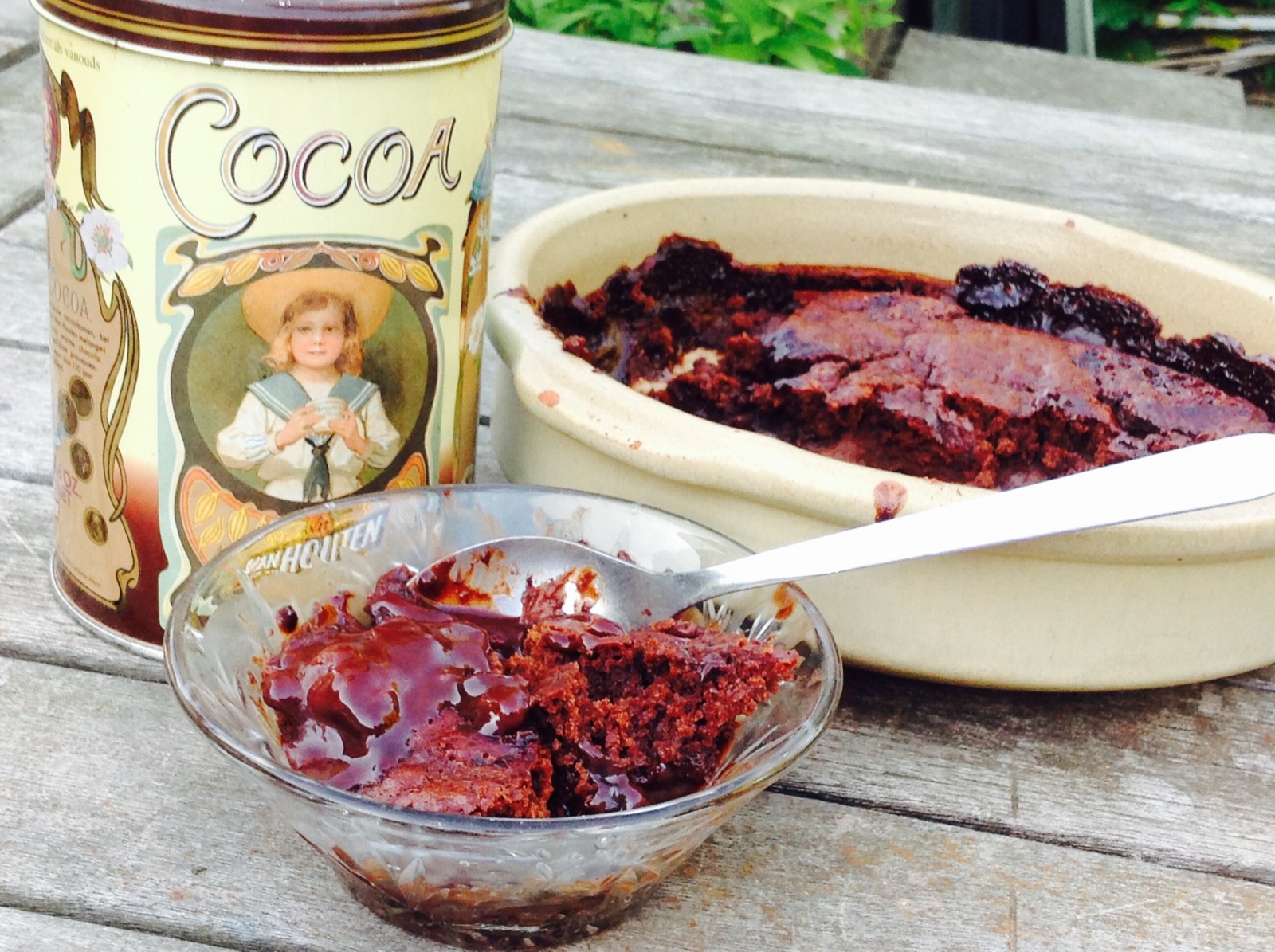 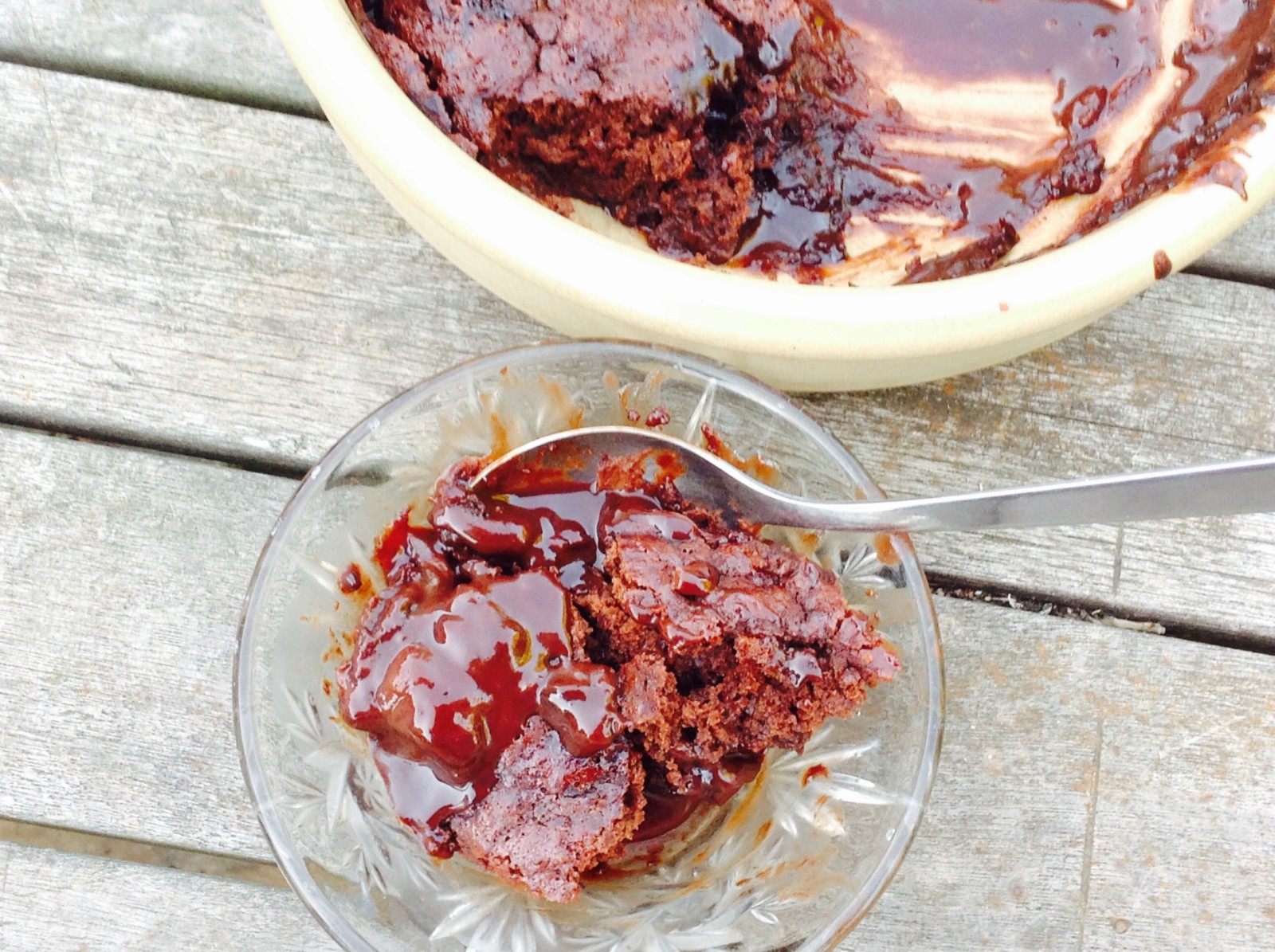 This really hit the spot. I just had a little, which was all I wanted, with a trickle of cream. I’m not sure that the separate step of sprinkling over the sugar and cocoa, then the water is necessary. Wouldn’t it work if it was all mixed in together? I’ll try that next time.

The sugar reduction was fine, I didn’t notice at all, it was more than sweet enough. The original recipe uses dark brown sugar, but I didn’t want to.

I used a shallow dish, if you use a deeper one, it may take longer to bake through. The original recipe I was looking at said to bake it for 50 minutes, which would have been far too long for mine in this dish.

The original also said it would serve 6, which it would, and is too much for just the two of us. Many recipes I looked at also said to serve 6, and used just one egg which is difficult to scale down. The reason I started with this one was that it didn’t use an egg at all, so I can scale it down much more easily.

If there are more of you, this amount could well work for you. Hollow legged teenagers could have seconds, it’s good cold, and it looks like it would freeze alright as well.

I’ll do it again in a couple of weeks and make enough for two and let you know how it goes. Once I know it’s alright, I’ll update this post.

In the meantime, I’m wondering if I could use our bountiful loganberries somehow in a self saucing pud. 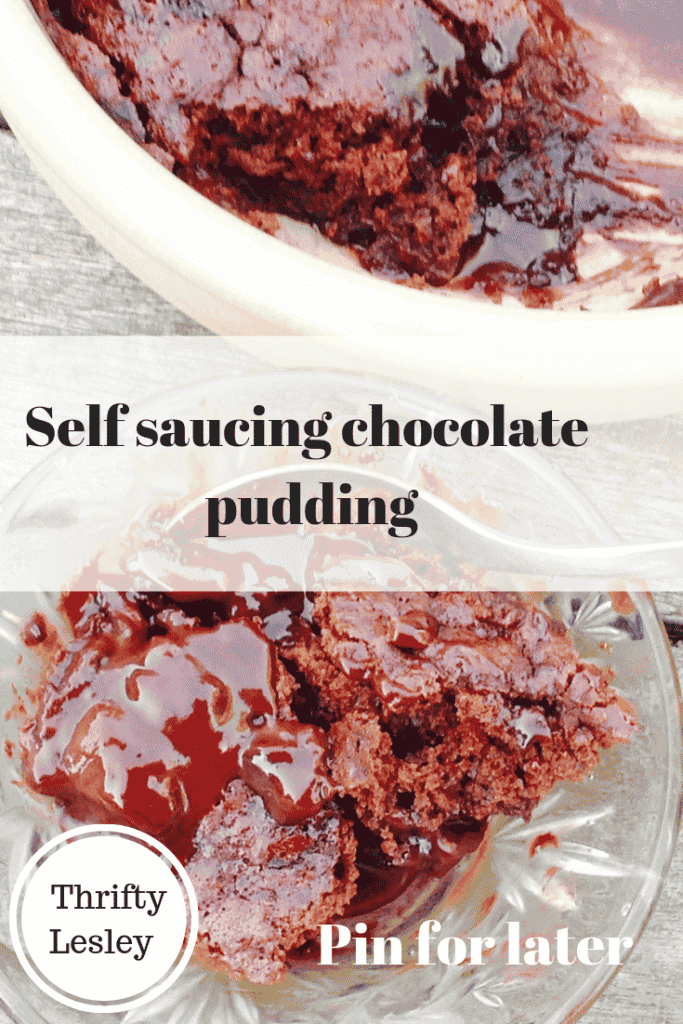