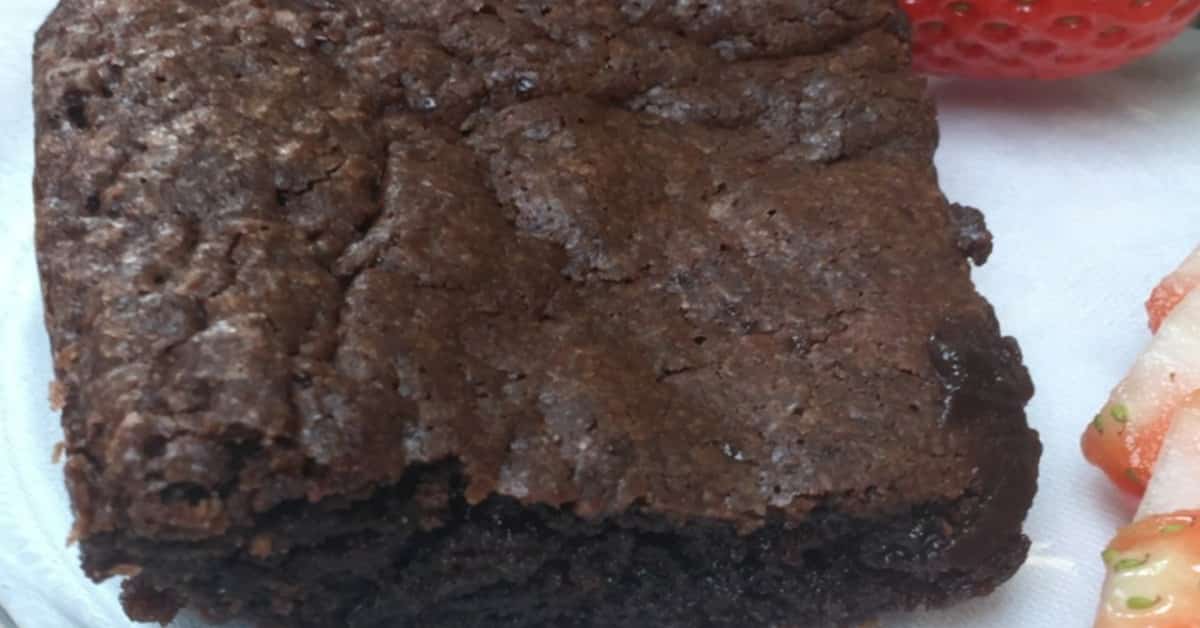 Brownies are meant to be crisp on the outside and soft and fudgy on the inside. Should brownies be gooey in the middle? That’s how I like them, so that’s how I make them! Get the batter right, and this is achieved through the length of time in the oven. Not enough time and your brownies will be too soft and more un-cooked than gooey, too long and they will be cakey.

There’s a difference, though, between deliciously soft and downright mushy. If your brownies are too soft, the problem is likely due to improper cooking times or temperatures.

In brownies, both butter and oil will offer a moist, tender texture. But it is butter will aerate the batter needed for rising brownies well. If you want denser, fudge type brownies, oil will work, although personally, I find oil just a little greasy in the finished bake.

When I was working with Weezl on cheap family recipes, she made lovely chocolate brownies for the meal plan. I made them many times, but have since tweaked the recipe, as you do. I am now making them with butter, although, by all means, use vegetable oil, as in the original recipe. I’ve increased the flour a bit, and cut the amount of sugar almost in half. This very simple chocolate brownie recipe makes the best chocolate brownies!

Butter is particularly expensive at the moment. I haven’t tried it, but I’m sure the spreadable butters would work well and shave a little off the cost, or maybe a margarine. I switched to butter more for the texture than the taste. Oil makes the brownies just a little bit greasy. You can’t really taste that you’ve used butter in them. Margarine would cut the fat element cost in half, reducing the cost of each brownie by a few pence, so worth doing. 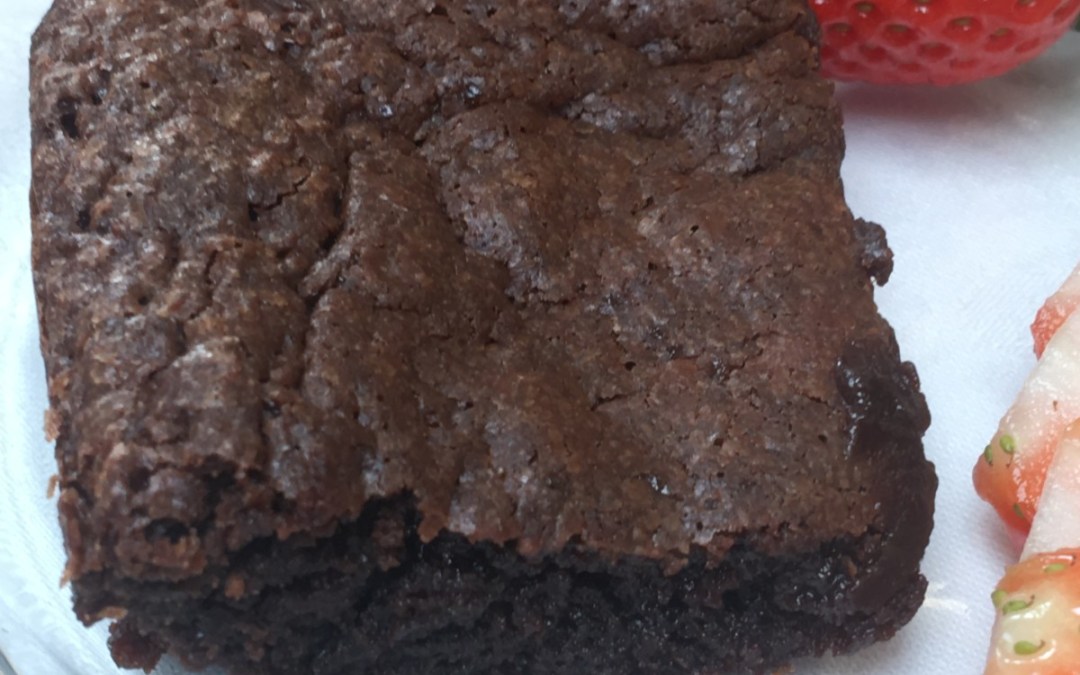 I use a silicone baking pan that is  9″/23cm square when I make these. A metal one will decrease the cooking time slightly, and a glass or ceramic one will increase the time a little. A baking pan of a different size will give different results. Too big and the brownies will be too thin and cook through quickly. Too small and they won’t cook through well enough, potentially leaving you with a centre that is too much like raw batter

I melt the chocolate and butter, then beat in the eggs once it’s cooled to tepid. Doing it this way adds a decent amount of air to the batter to lighten them

Then I fold in the dry ingredients in the same way as if I was making muffins, very gently, and no beating.

At the 20 minute cooking mark, I start looking at them (through the glass door, don’t open the oven). At 25 minutes, open the door and gently press on the centre with a fingertip. You should be able to feel if they have cooked enough. All ovens are different, and you will need to get to know yours and how it performs

These steps give me consistently good results. 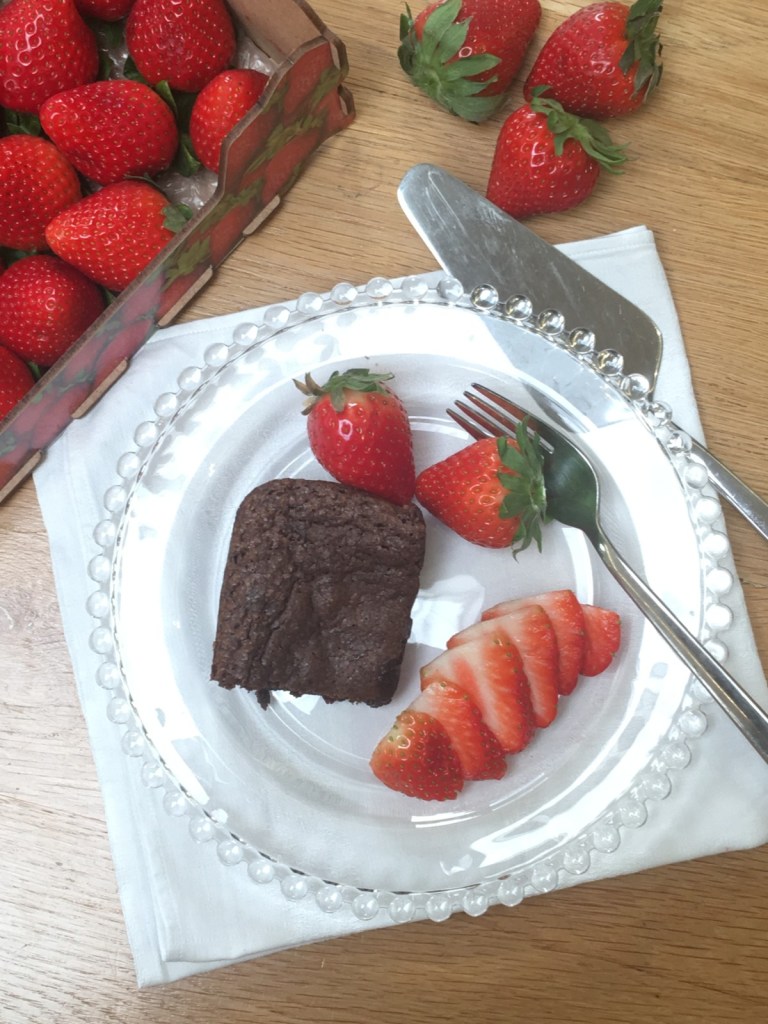 What can I say, I took a batch of these to WI and was asked for the recipe by several ladies, and a couple said that they were the best ones they’d ever had! I was very proud!

Seriously, these are very very good chocolate brownies. Wonderful still warm, or gently warmed, with ice cream, a few berries, a dusting of icing sugar, or just on their own. Irresistible!

I haven’t tried any variations as these are so fabulous just as they are. If I did try something, I would grate some orange zest in or maybe a little orange essence if you have it ; stir in a few raspberries and cook them in the batter, or add a handful of roasted hazelnuts or walnuts; add a few glacé cherries or plump raisins. You could add chopped pieces of dark, milk or white chocolate, maybe melting them separately and swirling through the batter once it’s in the tin for a marbled finish.

You could try them with milk chocolate. I’ve tried them white chocolate for a blondie, and they were pretty awesome. 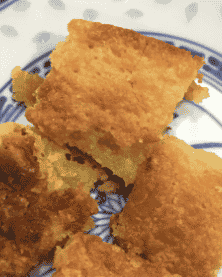 When you’re tired of brownies, as if – how about these rather wonderful sounding no-bake Oreo bars? They have just 5 ingredients and will sit in the fridge, gently calling to you. 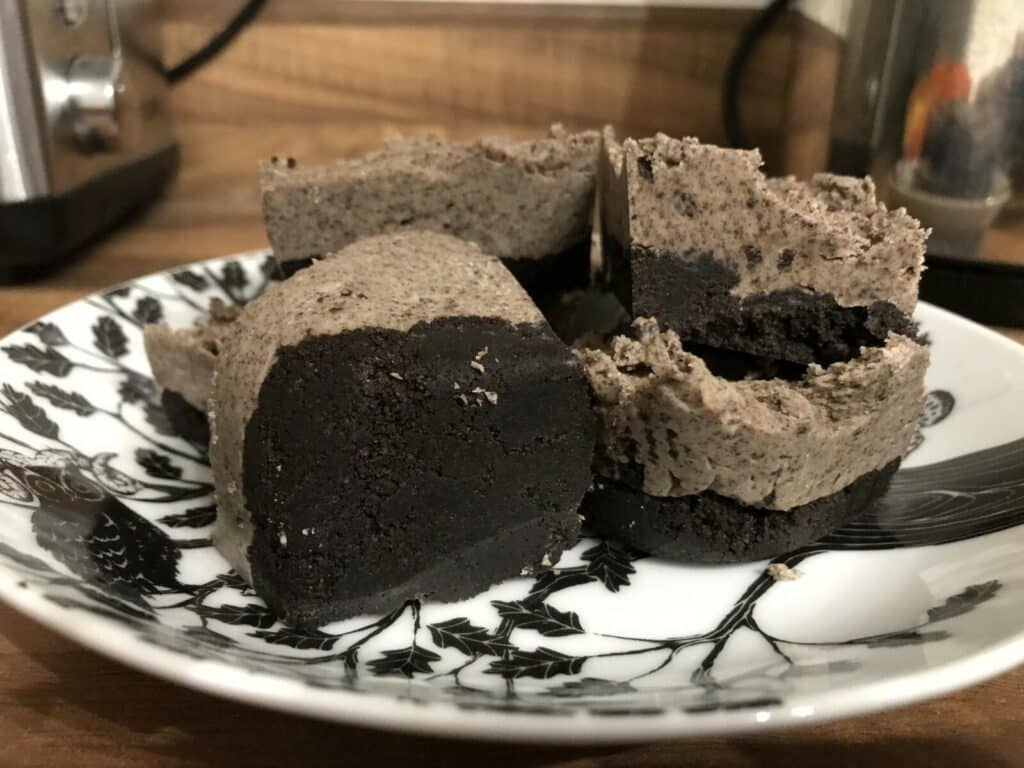 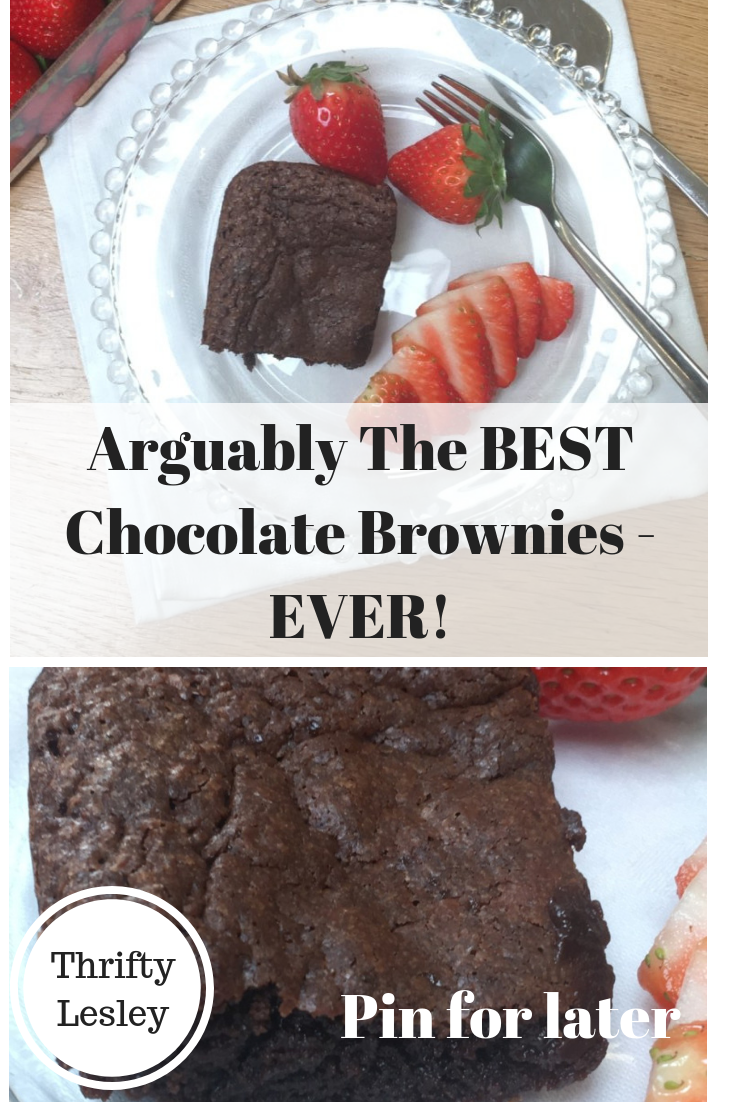 Freezes Well
Servings: 16 brownies
Cost per portion 15p
Calories: 236kcal
Author: Thrifty Lesley
Click on the check box to cross off Equipment, Ingredients or Recipe Steps completed.
If you click and buy anything, I may get a small commission on the purchase. It won't cost you anything extra. Some are just things that I like and/or use myself rather than necessarily best value 🙂
If you enjoyed this recipe, would you please consider leaving a review? It would really help