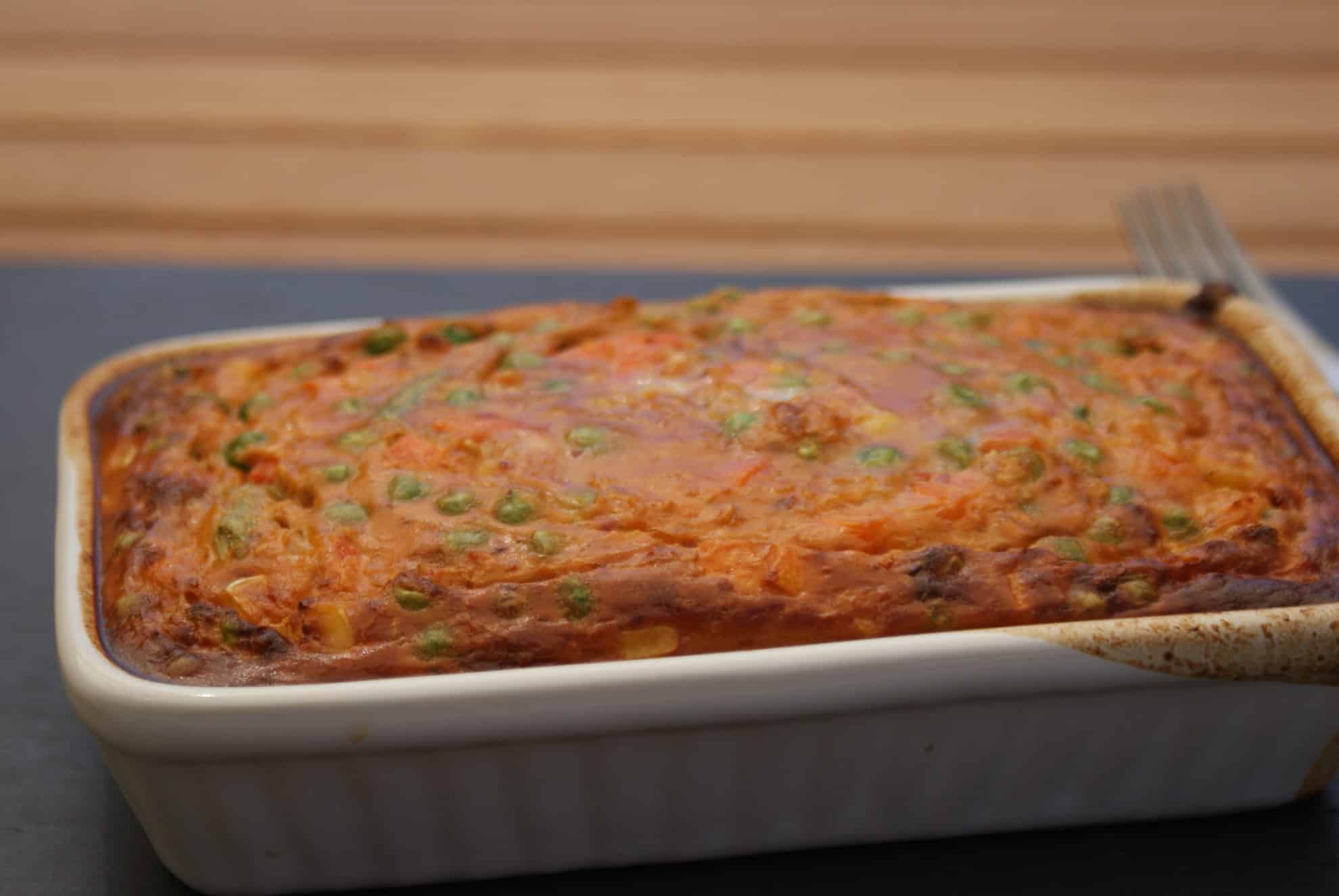 I love baked oats and have made many a different variation of a baked oats recipe. Having tried a dozen or so sweet versions, I began to wonder about savoury baked oats. A bit of Googling later and I realised that it wasn’t really a big thing. However, I was convinced they would taste good and determined to try them.

A Slimming World baked oats recipe typically contains an egg, yogurt, sweetener (which I’m not keen on), the oats and 100g of fruit. I changed the yogurt to milk for economy, plain low fat yogurt is Free on Slimming World, which is why it is used rather than milk

I like baked oats with yogurt, and often use it. But if I’ve no yogurt left, milk it is

If you want to make vegan baked oatmeal, swap the yogurt for your favourite plant milk and add an egg substitute such as flax seed or chia seed.  Cooking for one can sometimes be quite difficult, baked oatmeal for one is one of the easier recipes to make, and in fact I think it’s easier for one than it is for a family!

For brunch today, I had an absolutely delicious savoury baked oats dish and I give that version in the recipe card. I have had a little ponder and come up with lots of other flavour possibilities too.

If you aren’t a fan of sweet things, these might be right up your street. Also a great option to bake in muffin cases to use as part of a packed lunch, or just plain for something different. If you’re anything like me, you’ll like lots of different options in your menu. Menu-wise, I’m easily bored 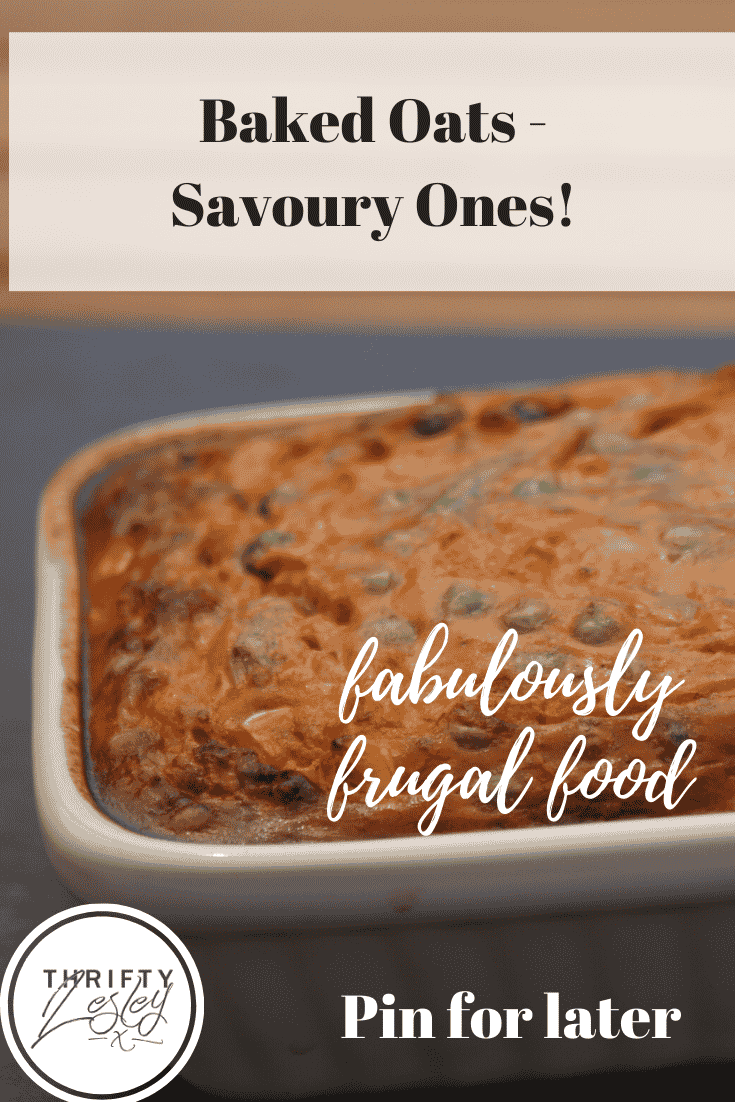 Freezes Well
Servings: 1
Cost per portion 31p
Calories: 330kcal
Author: Thrifty Lesley
Click on the check box to cross off Equipment, Ingredients or Recipe Steps completed.
If you click and buy anything, I may get a small commission on the purchase. It won't cost you anything extra. Some are just things that I like and/or use myself rather than necessarily best value 🙂
If you enjoyed this recipe, would you please consider leaving a review? It would really help