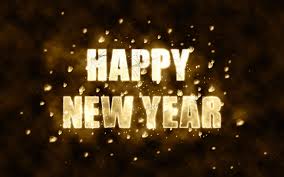 You off out this evening?  I’m not. I’m usually pretty partied out by now, and I am this year too. I struggle with late nights these days as well. Takes me days to catch up, and I am prone to getting a migraine too.  Half the fun when I was a youngster was in everyone knowing I had been up all night, then going straight to work. Doesn’t seem like fun now!

I popped out this afternoon and got some lights for the Christmas tree for next year. I have been using lights meant for outside this year, they are those ones that hang down to look like icicles. They look fine, but I really like to use the small, white ones. I have used these outside ones for the last couple of years, and I wanted to get them in the sale.

I had a quick look for cards reduced as well, but there were none on offer. As I like to make cards, I really should get more organised and sort out the birthday and Christmas cards for 2015. It’s not as if these things creep up on me, I know exactly what the dates are.

Did you use any of the ideas from the Christmas Meal Plan? Other than the mince pies, it could be used in any weeks throughout January. I was rather pleased with that one and News Dog Media took it to the media who featured it on the local news on both BBC and ITV, which was quite exciting

There were several live radio interviews and local newspapers too and I am feeling quite an old hand at the process now.

I am feeling the desire to build another meal plan now, so I shall start that. In preparation, I looked up what is in season in January and got the answer carrots and kale. That was it. Not particularly inspiring. I shall have to see what else is good value in January.

Will you be starting the annual dieting fest tomorrow? I shall be. Hmm, maybe carrots and kale are a good idea after all!  I started in January last year and lost a bit, stalled, and fell off the wagon. It has been a lifelong quest, each year I hope that this will be the year, and this year, I am hoping exactly  the same. I shall begin tomorrow in any event. I have joined the gym at the top of the road and gone several times. It doesn’t have a pool or sauna, but it does have the inestimable advantage of being very, very nearby. Getting out of the front door is the hardest bit of any workout.

We still have several meals worth of turkey left and I shall be using some of that this evening in a risotto. I’ll use turkey, a little stuffing, a bit of lemon zest and some grana padano.  I have done a few risotto recipes here, and I’ll use the broad bean, pea and mint recipe, substituting the turkey for the broad beans and peas. The remaining turkey, and stock, have now gone into the freezer, for use on other days. I’ve been having turkey soup for lunch for the last few days. There is another portion left, but I won’t want to eat any more for a while, hence, the stock going in the freezer. We had some lovely butchers ham, with roasties and green beans last night. There is still one more meal of that left and I shall have to use that very soon.

I’ve mixed some natural yoghurt in with some of the double cream left, equal quantities of each, and I’ll serve that with some gently cooked fruit. There were some apples cooked in mulled wine, with the wine reduced down to a thick syrup, in the freezer. I’ll use those. Got to get the stash down. It’s ridiculous the amount of food stored in this house!  Some meal planning is on the cards.

I am currently reflecting on the year, and thinking about next year, along with lots of other people. I think I shall write down some targets for the year, it does help to achieve them, putting things in black and white. More on that later

In the meantime, Happy New Year, I hope you enjoy whatever you have planned for this evening, jollities or otherwise. The only thing I shall envy are any firework displays, I just love fireworks. 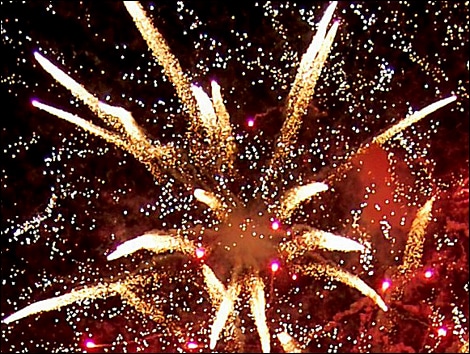