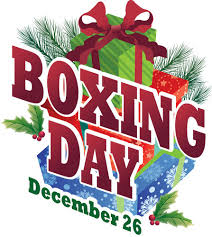 Had not one, but two Boxing Day classics today. I know it’s not actually Boxing Day, but it still feels like it! Plus I found this great graphic and I want to use it

I dismantled the remains of the turkey this morning and slowly simmered the carcass in a couple of litres of water for 45 minutes. Then I stripped off all the little bits of meat still clinging to the bones. The bones went in the bin, all the remaining skin and stuff went out for the birds, who had a screechy, fighty feast. Had to break the ice on the bird bath for them this morning, it was flippin’ freezing!

Then I decanted some of the stock into a pan, tipped in some leftover roasted carrots and parsnips, a few sprouts, sans bacon and chestnuts, half a cup of red lentils (of course!) some leftover gravy, a bit of extra water and simmered the whole lot for 20 minutes. Once it was done, I whizzed it. Then added in 2 leftover pigs in blankets, sliced into little roundels, and the chestnuts and bacon from the sprouts. 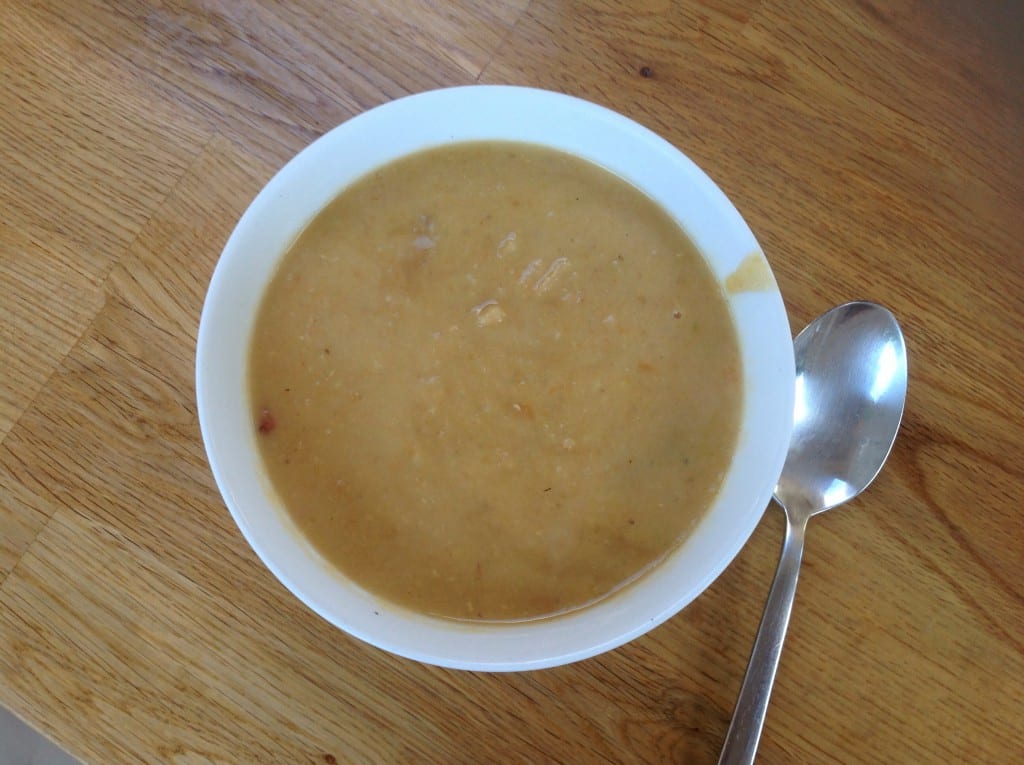 It was extremely yum! I had stirred my stumps and got up to the gym when they opened at 9am, so was starving by then, so I had two big bowls of it, no bread. There are still another two big bowls left, and they have my name on them. DP doesn’t like anything made with stock from bones, he’s squeamish like that, so it’s mine all mine.

Then this evening, I made a good old turkey curry. Very simple, using a bought paste and the recipe on the jar. 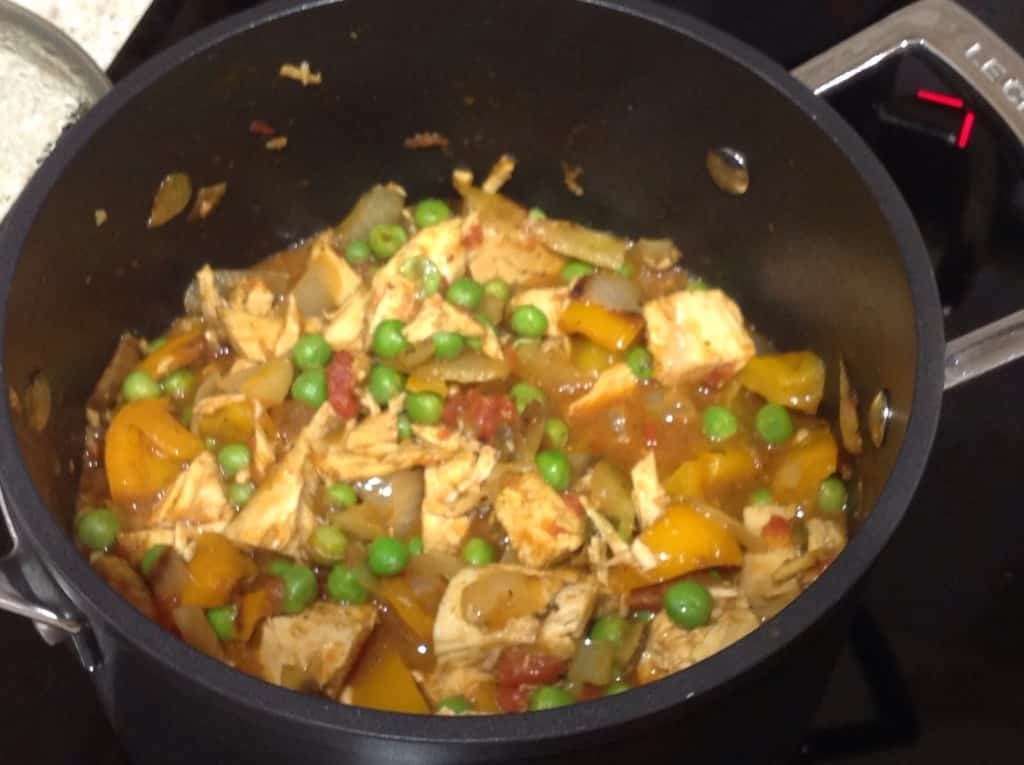 Sizzle the onion in a tblsp oil until transparent. Add 1/3 of the jar of paste and sizzle a couple of minutes.

If you are using uncooked turkey, add it now and cook a couple of minutes.

Add everything else and simmer gently until cooked through.

While that is happening cook the rice. Drain well and serve immediately

The recipe on the jar didn’t include the peas and said that it served two. However once I had piled everything onto a serving dish, it was obvious it was too much for two, and would easily serve three.

I used leftover, cooked turkey, but have priced it using fresh diced turkey as whole ones aren’t on mySupermarket anymore.

This made a flavoursome, and delicious, Jalfrezi, although I did have to amend the amount of paste used. They said to use a quarter of the jar, or 2 large tblsps. But that really didn’t have much flavour. So I added another large tblsp, which meant that I used a third of the jar, rather then a quarter. But of course, I had three portions rather than two. Other than the peas, I only used the amounts of ingredients as stated in the recipe on the jar.

I used two different stuffings in the turkey, so I could have added some of that. They were both Nigella Lawson recipes. One was cranberry and orange, the other chestnut and bacon. Both were really nice, managing to be both mild in flavour, but distinctive at the same time. Next time, I might do some of each as stuffing balls, to get a bit of crispy top as well.

You could serve the curry with mango chutney and nan, as well as the rice. That would stretch it even further, and you may well get four portions from it that way. We prefer the brown basmati (£1.28/kg) and tend to have that.