Breakfast today was more bannocks, all jam ones this time. That was the last of those, they lasted well. 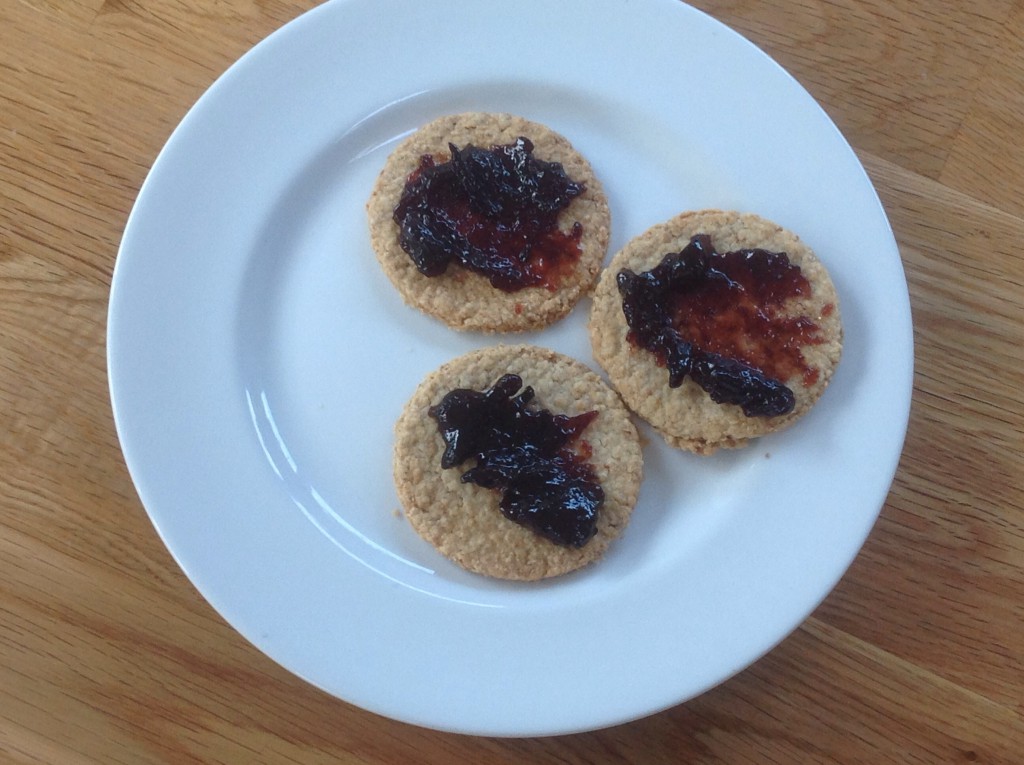 Lunch was some potatoes, cooked in the microwave, with roasted vegetable hummus on them. That used that up. That hummus was really nice actually, and very versatile. It could be mixed with value soft cheese for a pasta sauce, with maybe some cheddar grated on top, used with the bannocks for any meal, good for packed lunches, on the jkt potato like I had it here, different vegetables used to make it, flavoured with herbs and chilli. Lots of ways. 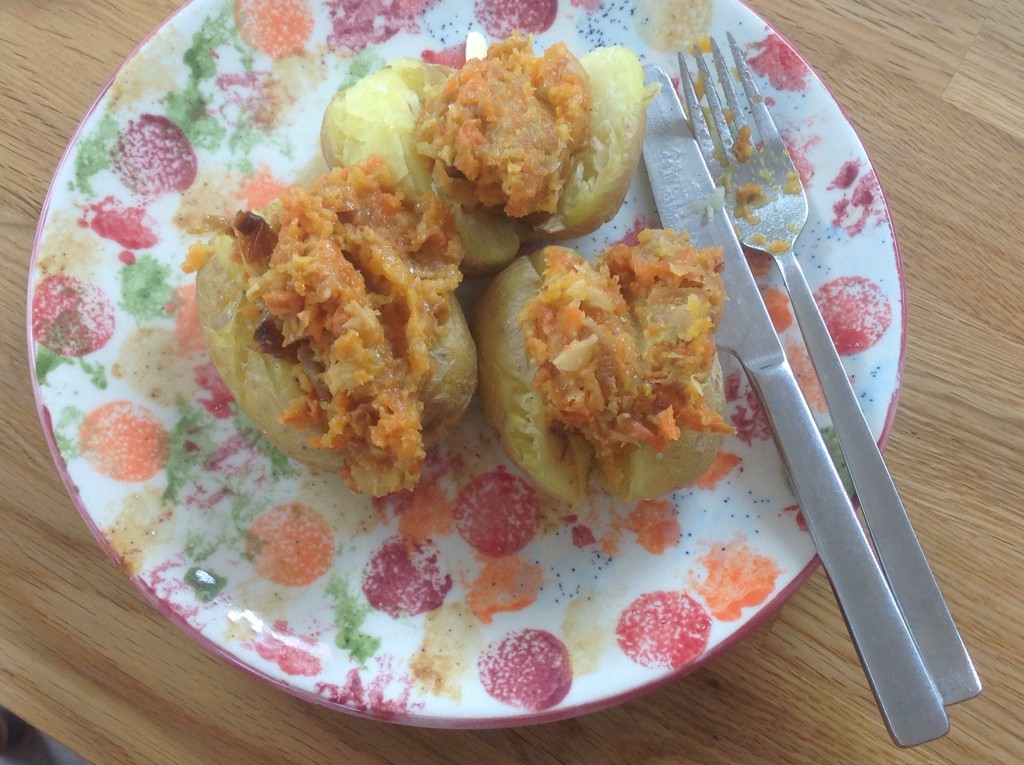 And dinner was some more of the mixed vegetable and chickpea mash-up. There is still some of that left. I won’t want it tomorrow, I might whizz it up into soup, with the last of the chickpeas, and pop it in the freezer. 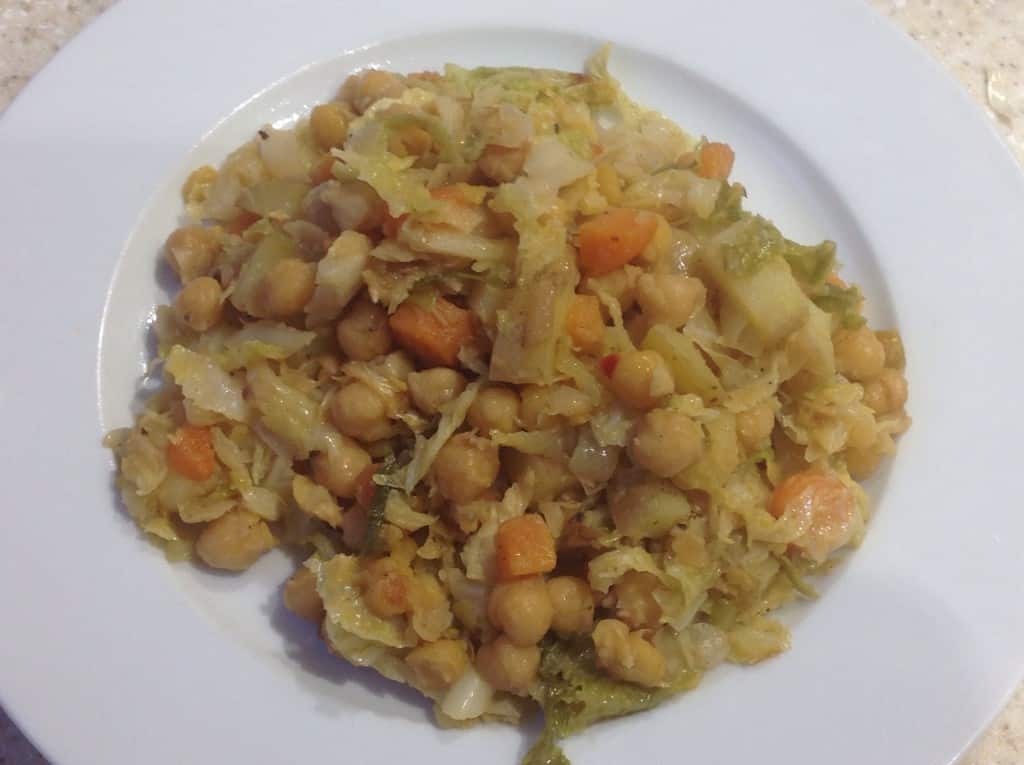 I got hungry in the afternoon, so used up the last little bit of oats and the last scrapings from the pot of damson jam.

There are still those couple of carrots and a couple of potatoes left. I haven’t been hungry at all, although I am very tired of potatoes and chickpeas. I deliberately bought more vegetables this year than last year, as last year I didn’t like having to dole out the veg, I like lots of veg every day. But those extra veg meant that I didn’t have any room left in the budget for anything with much flavour. I have managed some tasty meals, but they have all been on the gentle side of tasty if you know what I mean.

The thing I was most glad to have were the bannocks, they made a delicious breakfast, and gave me something to munch on when I was hungry, or just wanted to munch on something.

I haven’t missed my big mugs of tea and coffee as much this time round, maybe because the weather has been so sunny and warm, but that will be the very first thing I have when I get up tomorrow. Looking forward to that. And something with a strong flavour. I’ve got some smoked mackerel lined up for tomorrow.

I weigh myself every day and I know I’ve lost a couple of pounds, I’ll tell you the final figure tomorrow.

It helped that a friend called to see if I wanted to go for a walk. I warned her I might not be able to go far, so we settled on a route that would take an hour, which I thought I could probably manage alright. We were so busy talking all the way round that I hardly noticed the walking bit and when we got back to hers, I realised I was feeling fine. Brilliant, vitality coming back at last. Maybe I’ll investigate going up to the gym tomorrow. Got to get back in the rhythm of going, it took me a long time to get that rhythm going and it’s very easy to let it slide into nothingness. Need to do some gardening too, everything growing away like mad now.

And I need to finish something I started for my 7 year old grand daughter. I did a make do and mend thing today that I was really pleased with. I used a Marks and Sparks t-shirt of mine that I used to wear a lot, but is currently much too small for me, and was always much too short anyway. Not only am I 5’10”, but I’m long bodied as well, so t-shirts and tops are often 3″ or 4″ adrift of where I want them to be. At least.

I cut the sides down to fit her chest, amazingly the sleeves were usable in the same place, I just needed to make the armholes smaller. The neck is a scoop one, so much too big for a little girl, so I filled in the extra with some material to make it look like she is wearing something else underneath and caught the edges of it to the existing neck binding. I found some iron-on letters in my sewing box that I bought years ago for something for her and never used, so they went on too, and it looks really good.

Tomorrow, I will use the rest of the material I used to fill in the neck to make her a skirt to go with it. That material was leftover after making something else, and that was using a re-purposed charity shop dress. A nice little summer outfit for zero cost. Billy Bargain 🙂 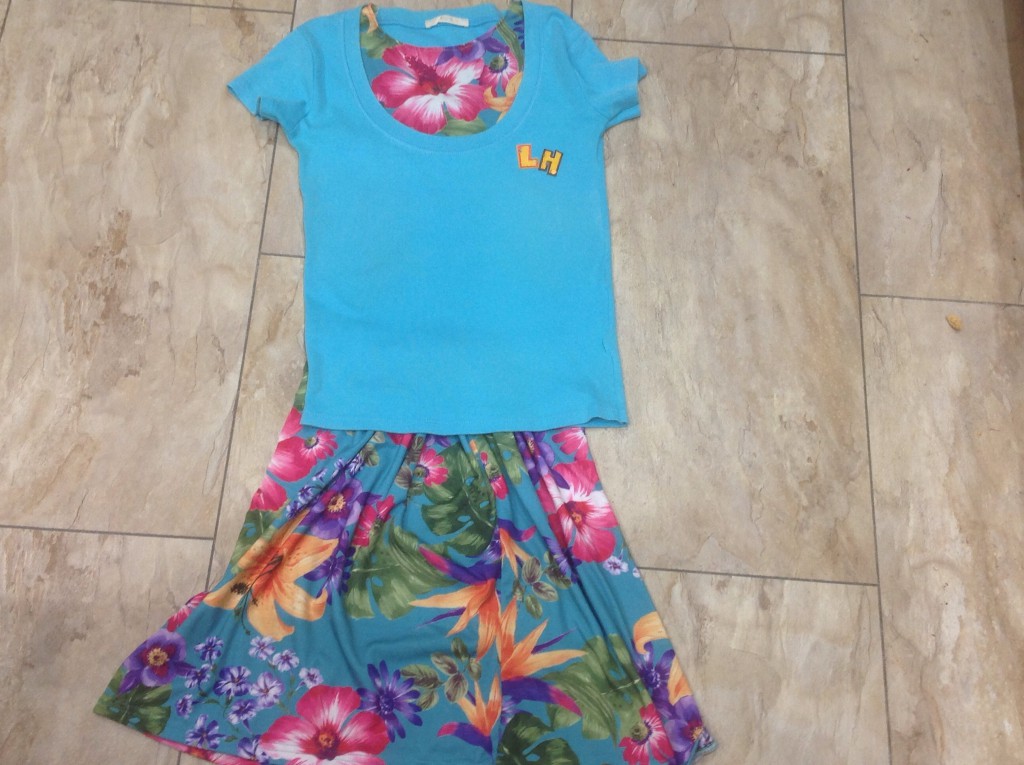