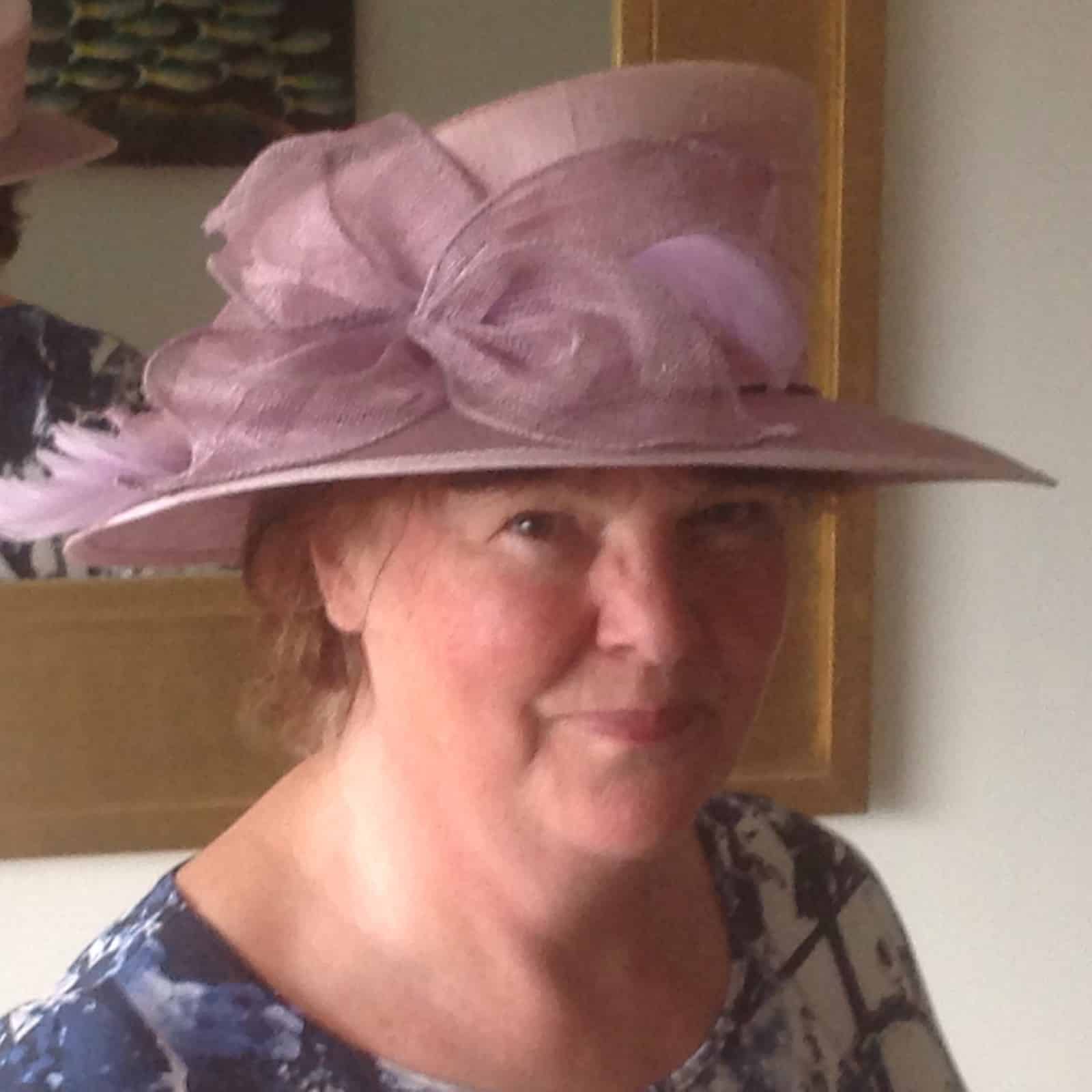 In actual fact….. I bought two 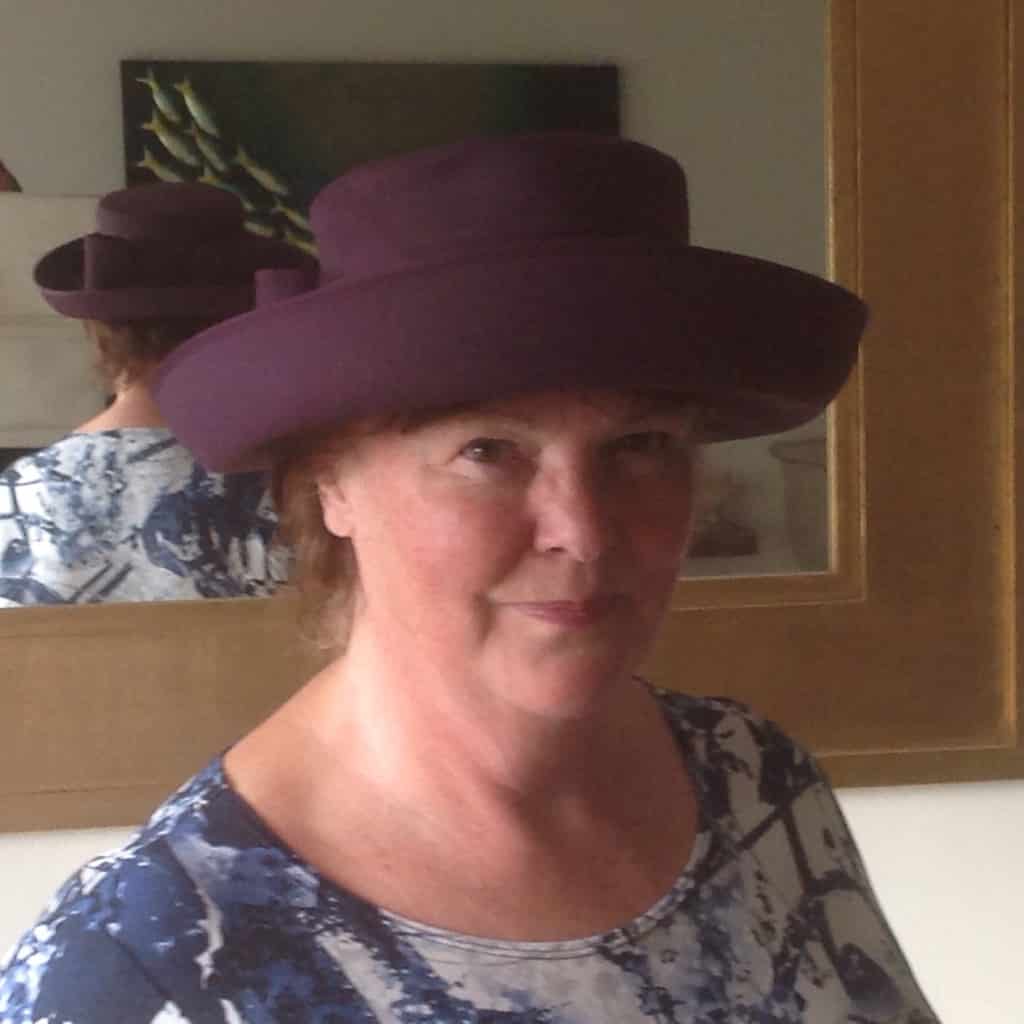 This week has been extra manic, with lots going on, too much really, but in a good way.

Monday saw me trying to catch up with paperwork, so much has piled up during the six weeks I have been more or less out of action. The U3A committee needed lots of stuff done, and the website was newly published and needing lots of tweaking. Did a little gardening too. Tidying and weeding.

Actually managed to get to the gym for the first time since I was unwell too. Did half an hour and that was enough for that day.

Tuesday I was going to go to the main U3A meeting, but DD2 came up and we had a lovely time, chatting away, lunch in the pub and trawling the charity shops, which is where I got the dark purple hat to wear to her wedding.

Wednesday I had a whole day with DD1, with no interruptions from a very chatty 7 year old, or any other demands on her time. She is making the cake for my own wedding and we had a look at some decorative stuff for it in a shop she likes. Everything is so expensive! I think I might get a few fresh blooms and top it with those.

We had a coffee and an exceptionally good date flapjack in a coffee shop run by some friends of hers while we decided what else we were going to do.

Then we went off for a blowy stroll along the sea front, chatting all the while and then headed off to more charity shops. After finding several bargains, and when we were headed back to the car, DD1 spotted the hat at the top of the page. So we made a detour in, bagged it, and a lovely sparkly tiara type headdress for her to wear with her posh frock. Wonderful places, charity shops!

Thursday I went to the new U3A book group. I had previously read Room, by Emma Donaghue and recommended another book by her. I wasn’t able to go to the first book club meeting as I was unwell, and they decided to take up my recommendation and read Life Mask, by Emma. I had really enjoyed Room, it is a tense thriller, written from the perspective of a five year old boy.

Life Mask was nothing like that. It was similar to Wolf Hall in that it took real life characters and wove a narrative around them. I did enjoy it, but would rather have read a more modern thriller.

Last week I sent off for several freebies from LatestFreeStuff, and a few days later, the first one arrived. This delicious little snack bar and a 50p off coupon. That was a nice little surprise to get in the post. 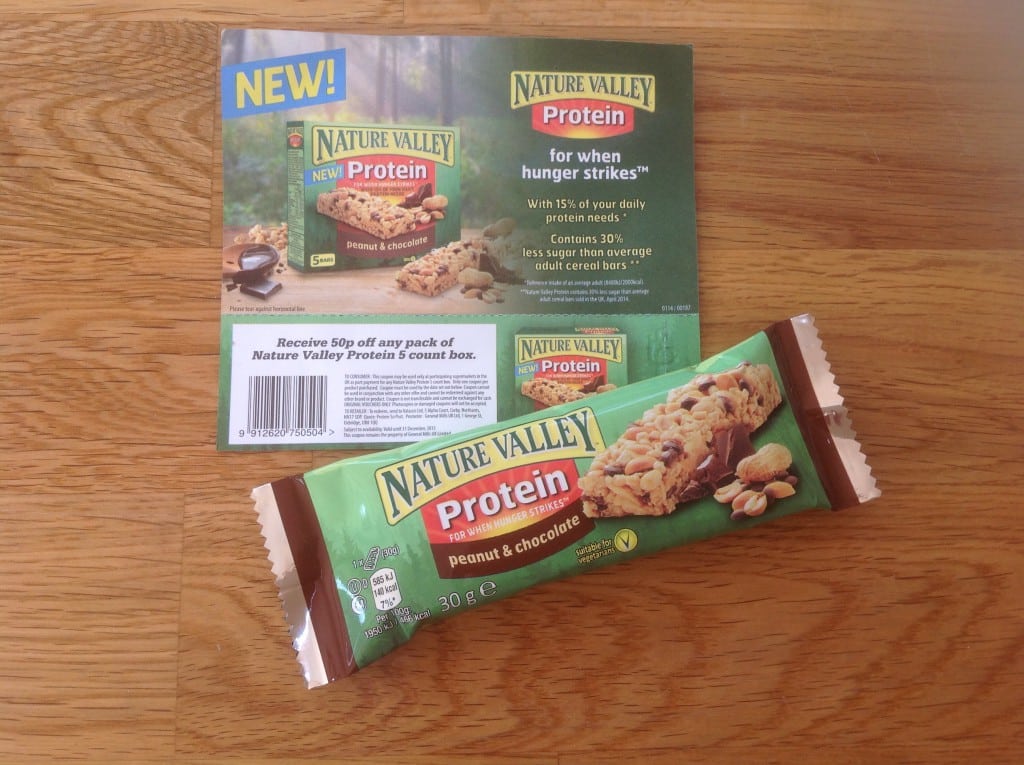 Because I spent so long out of action, I neglected the sour dough in the fridge, and when I eventually got around to checking it, it was manky, and very dead. Waaah!! I’m going to have to start again now.

I think I might start a dough tonight, to have a couple of rolls tomorrow lunchtime to go with some soup that’s in the slow cooker. On Wednesday I went to a butcher near DD1 and stocked up as they are pretty cheap. One of the things I bought was a slipper gammon, which is a big chunk of bottom leg. I cooked it in the slow cooker yesterday, and we had some with swedey mash, peas and carrots this evening. The joint gave out lots of juice, so I tipped in the vegetable cooking water, topped it up with more (it is very salty) and added lots of split peas.

I’ve been separating out the other things today and finding niches for them in the freezer. I bought a huge sausage of black pudding, so sliced that up to freeze in individual portions, a massive block of cheese was sliced into manageable proportions, and a huge box of fresh chorizo sausages were also separated out and frozen individually.

Right, I’m off to mix that dough. See you tomorrow