Getting lost 3 miles from home, lots of digging and a few flowers

Getting lost 3 miles from home, lots of digging and a few flowers 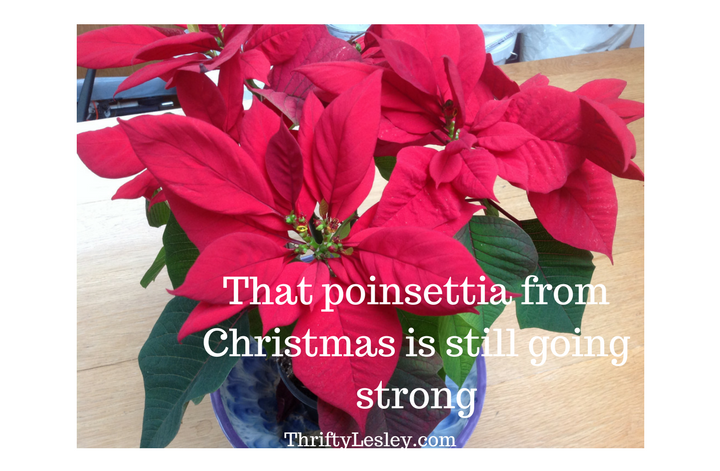 Getting lost 3 miles from home

I forgot to say last time, that I had a frustrating thing happen on Monday. I was supposed to go to the U3A committee meeting. It wasn’t at the usual venue, as that person was on holiday. I had been to this other house 3 or 4 times before, so didn’t bother to look up the address as I knew where I was going. Well, apparently, actually I didn’t know where I was going! I drove to Rushlake Green, and along to the road where I thought the house was. Oh, not there. So I tried an alternative one from the village green. Not there either. I know, the address could still be on the sat nav from last time. Nope. Alright, then, I’ll look up the address on my phone. We have a membership database held on Dropbox. As it’s sensitive information, it has a secure password, and do you think I could remember what it was? No I flipping couldn’t. Ok, I’ll ring them, admit I’m an idiot and get directions. Had the persons name on my phone, had his email address, but phone number? No. At that point, I gave up and drove home and called them from there to give my apologies as it was too late to attend the meeting by then. What a numpty!

Had a very productive day yesterday. I think I’ve mentioned before about the middle bed in the back garden. Everything I have tried in there has curled its toes up and it has ended up as a bed with mainly day lilies in. Much as I love day lilies, a whole bed of them is too much. So I asked  a local plantsman to help and he drew me up a design. I haven’t paid him anything yet, and when I do, it will just be for the plants, nothing at all for the design, very unexpected! So, I have dug out almost everything that was in there. Some of them were very hard work, needing our combined efforts, and many will be found new homes elsewhere in the garden. The remaining plants will be taken to the garden group get together on Wednesday this week, where we are having a plant swap, very convenient timing! The last plant to come out was a very vigorous day lily that had grown into a massive clump. Between us, we managed to extract it, split it and plant half elsewhere, after digging over and preparing the place it went in. The other half may also go somewhere 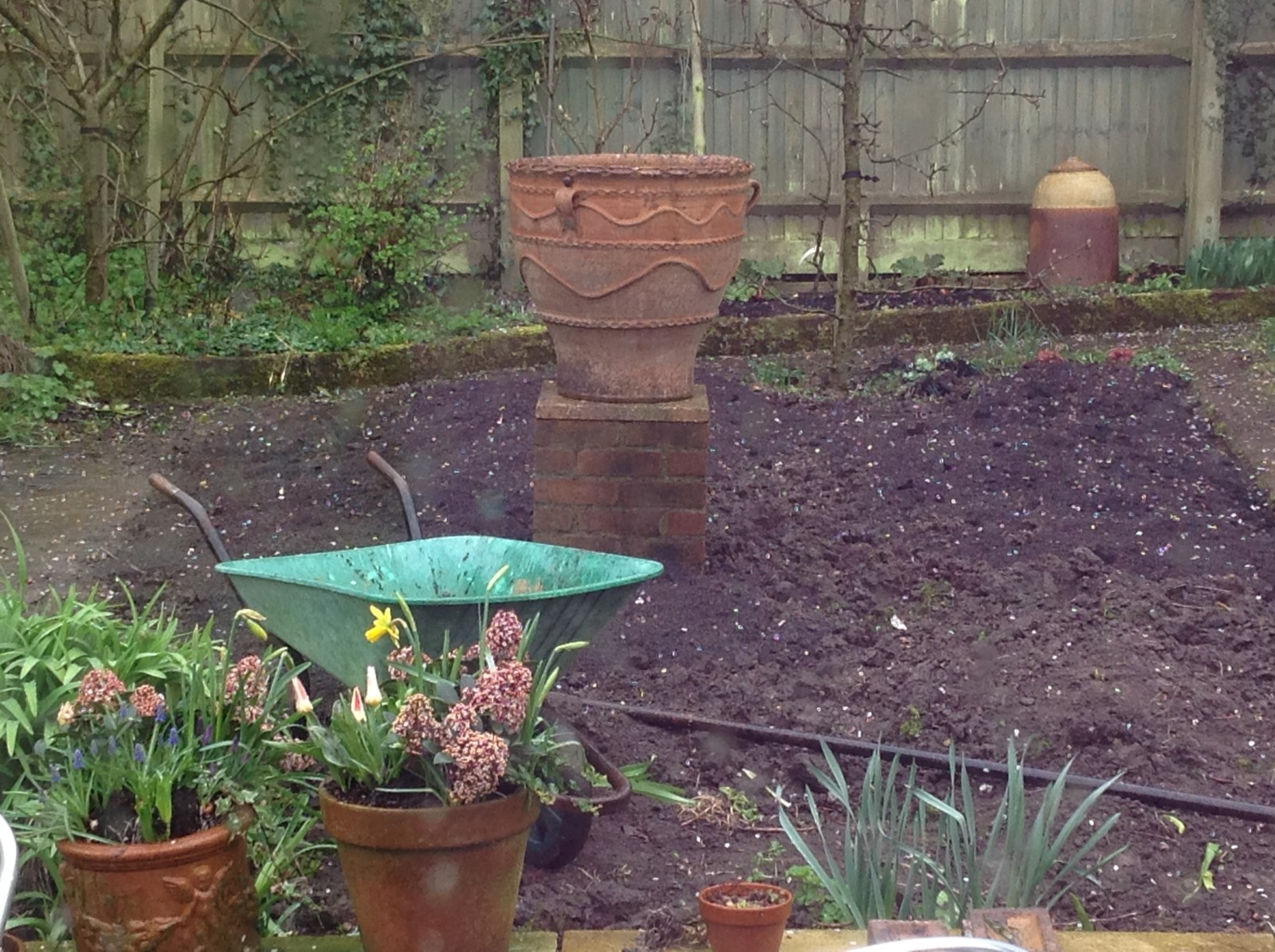 We also both had another dig over of the places where the thug cornflowers were to get any remaining roots out. I’m sure there will be some more still in there but they’ll have to be dealt with as they are spotted.

Those pots are looking good and are really fragrant now

Then we barrowed round some of a 600 litre bag of top soil to improve the existing stuff.

Lots of sweaty exercise, must have burnt off something!

No gardening today, it’s been raining all day. So here’s a picture of a couple of the orchids indoors which are at their best. 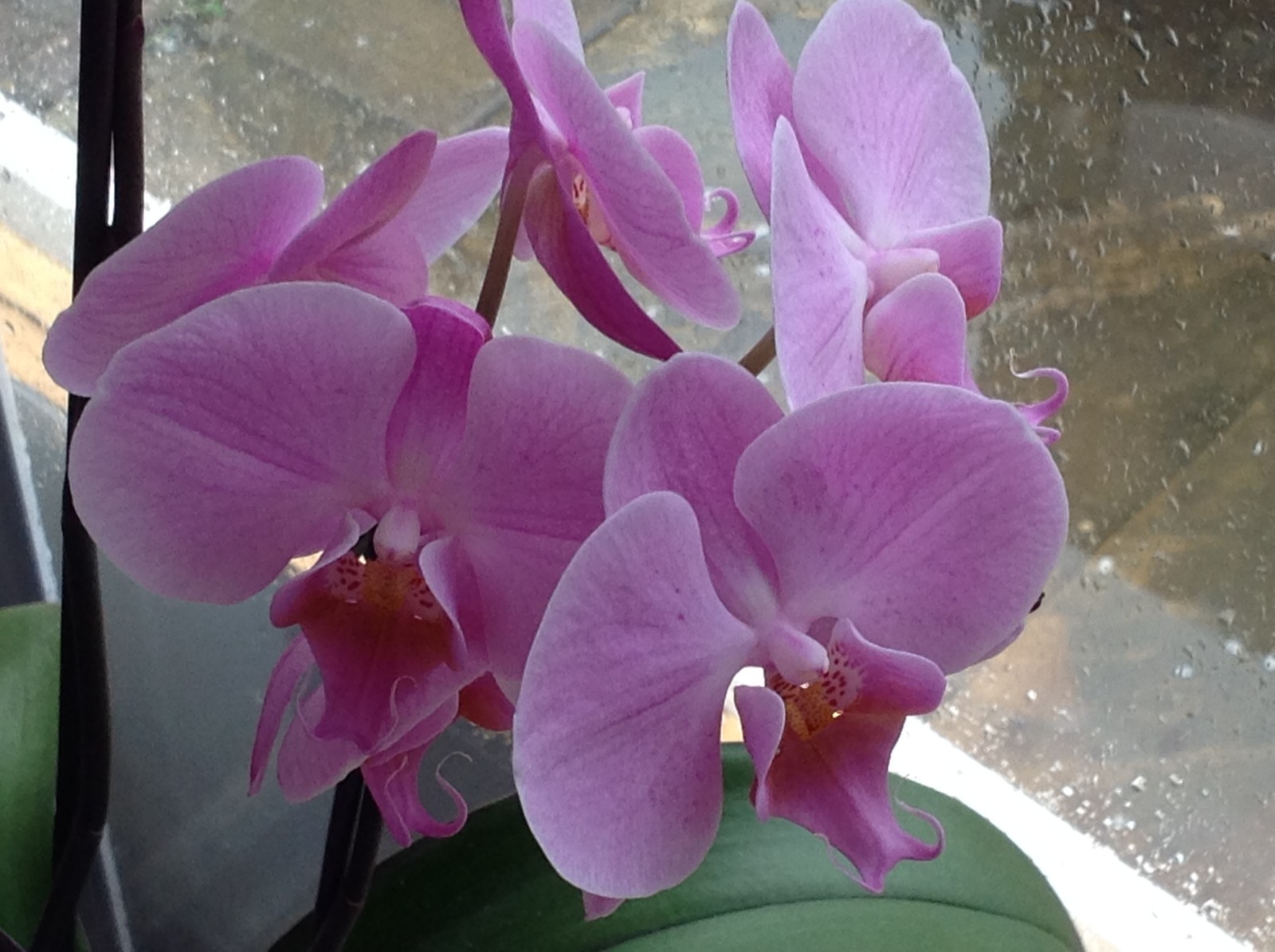 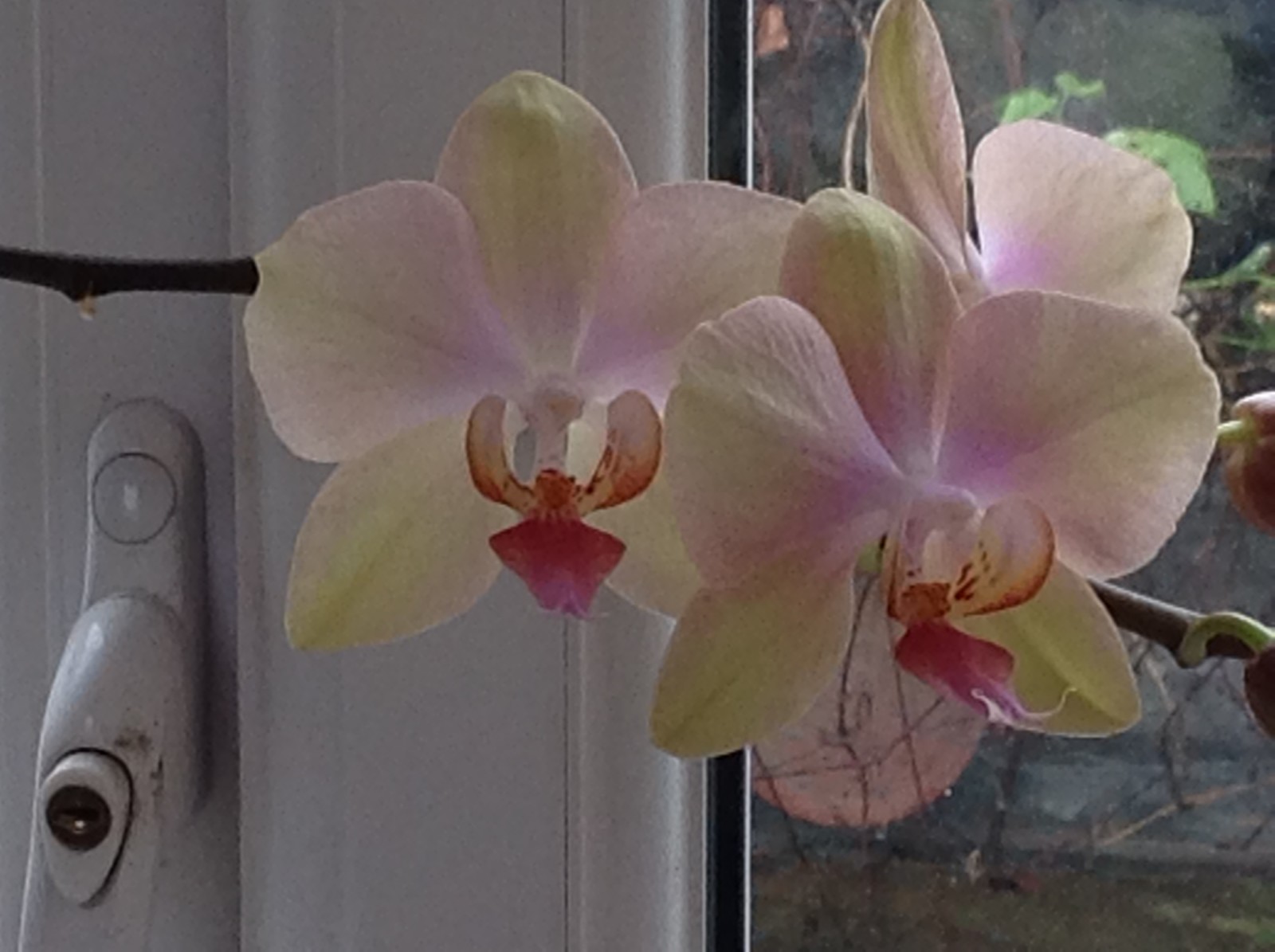 Up early today to get the car off to the body shop. They need to keep it for 3 days this time.

After such a vigorous day yesterday, I’m feeling a bit crap today. Ate far too many carbs yesterday and felt a bit headachey in the evening, think the two are probably related. Oats for breakfast, and a bit of toast. We had boiled beef and lots of veg for lunch, no spuds, but I’d also made a baked jam sponge for pudding and I had rather a lot of that. Then for tea, a cheese omelette sandwich. At which point I felt extremely bloated all of a sudden, and headachey and rather glad I was due to fast today. That’s a lot more carbs than I’ve been having and it’s meant that headache carrying over to today.

There are many things I could get on with today, but nothing urgent, so I’ll just take it easy I think, and maybe start reading the massive Ken Follet that is the book club book this month. That’s the WI one, the U3A one is The Book Seller, which I have read twice before. So I’ll just skim that one before the meeting. Just as well, it’ll give me time to get through Ken!