Bumps, crashes, walks and lunches. Are people out to get me?

Bumps, crashes, walks and lunches. Are people out to get me?

I wrote in this post about how a friend had accidentally bumped into me. On Friday, I took the car up to the repairers and they did a lovely job. On Saturday, I picked it up again and we now have a beautiful, clean, shiny, sort of super waxed looking bumper where they mended it, whilst the rest of the car is its usual dusty colour Although it was a beautiful day, I spent most of it indoors as I had loads of paperwork to do.

On Sunday, we walked the entire length of Eastbourne front, from our parking place near the swimming pool all the way up to the The Pilot, where we had lunch. I was pretty hungry, so I had soup to start, then a main of steak and ale pie with lots of veg. Really hit the spot. Yesterday I fasted all day. Just calorie free liquids, no low calorie squash as the sweeteners will make me hungry. Made it through alright, it’s so much easier this way, with no calories at all. The worst part is not being able to have milk in coffee. Funny thing is, I used to prefer it black, now I’m not so keen. I was extremely hungry this morning, waking at 6am famished and immediately downed a couple of Wheat Bisks. Then, boots on, and out in the garden, digging out the central bed. I asked a local plantsman to do me a plan, and I need to remove all the languishing plants before putting in all the new stuff. One of the plants I was wrestling with this morning was  a big clump of cornflowers. When I put them in, I thought they were a pretty blue summer flower. Which they are. What I didn’t realise was that they are also invasive thugs. They seem to sprout from tiny bits of root, so I’m going to have to go over that patch a couple more times to see if I can get rid of all the bits. I thought I had bought a perennial with the characteristics of the annual. But no. I had bought Centaurea Montana. The thug. 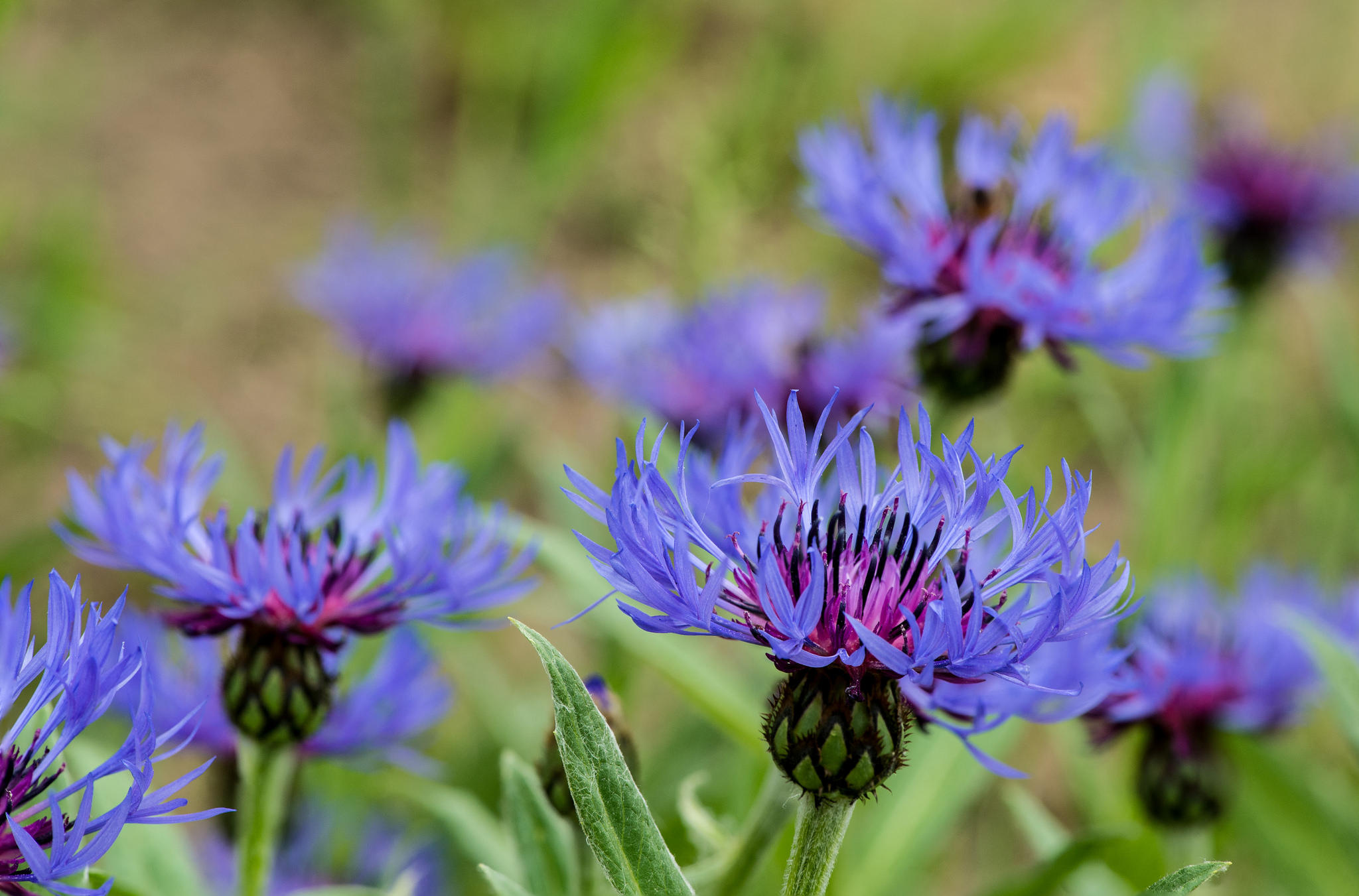 .
Then back indoors and breakfast number two. A couple of scrambled eggs and buttered toast, with a whole pot of tea. This morning, we decided to walk again and headed off  to Arlington. We like to walk around the quiet lanes there. Although I wanted to eat at the Berwick Inn rather than the Yew Tree Inn.

We set off in a different car and all was going well, the sun was out and we were the other side of Horam when the red car in front of us slowed, and then stopped as the white van in front of him took his time turning left. We also slowed to a sedate stop and waited. Then suddenly there was a screeech of tortured tyres behind us and BANG, we were rear ended. Both of us whacked our heads hard against the head rests and our seat belts held us tight in our seats. The bumper is well built, and although we had been dealt a mighty whack, it absorbed much of it. It will need extensive repair, but there doesn’t seem to be anything else awry. The poor lad driving the car that hit us was in a right state. He couldn’t apologise enough and was trembling head to foot. I told him he had to catch his breath and calm down before continuing his journey, but as soon as we had exchanged details, he was off. I hope he was alright. The lass with him had angry red marks on her chest where her seat belt had constricted. I’m going to start wearing a crash helmet when I go out, people seem to be out to get me!

We carried on and did our walk and had a great lunch. Still starved, again I had soup to start, curried vegetable this time, yum. Then a mushroom burger, which came with roasted red peppers, goats cheese, gherkin and a huge slice of tomato, together with onion rings, a tiny pot of coleslaw and a generous portion of sweet potato chips. It was superb. 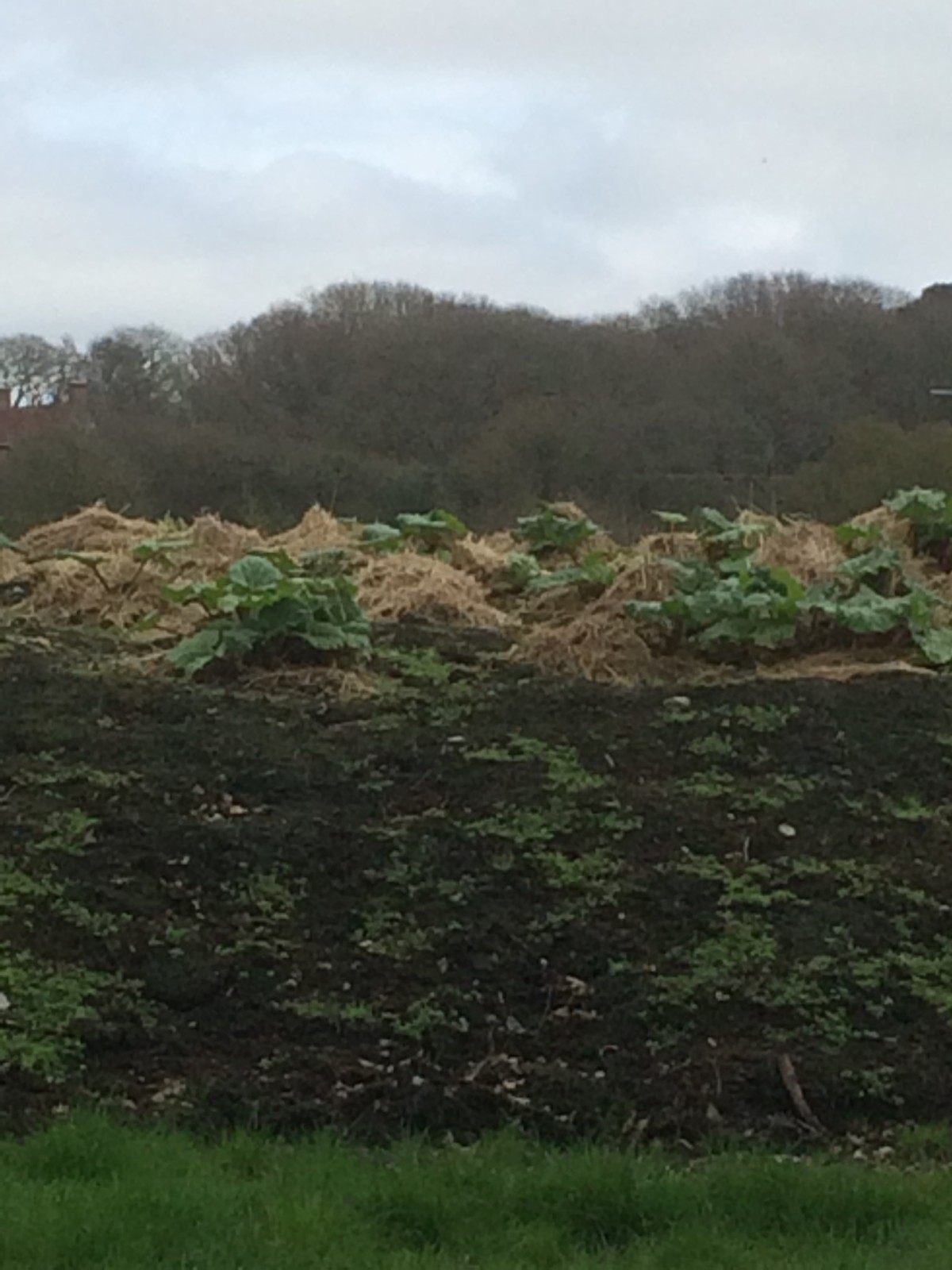 On the way round, we saw this enormous compost heap with hundreds of rhubarb crowns happily starting to sprout in their rich bed. I bet they love it in there!