A day out to see Adele at Wembley, what an experience!

A day out to see Adele at Wembley, what an experience! 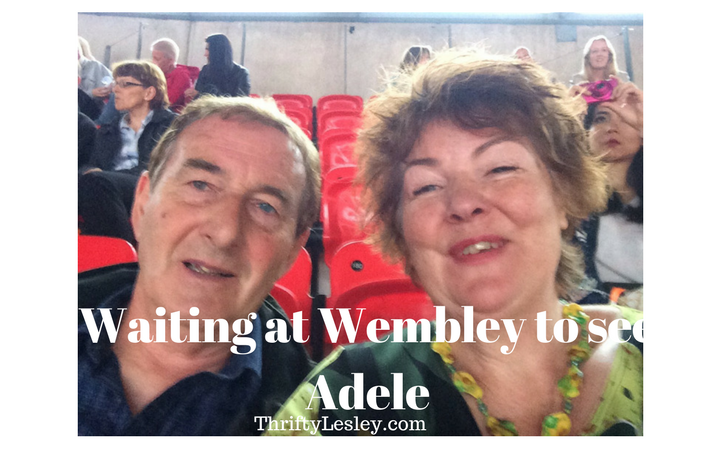 I’m sitting on my sofa, back after a couple of days away. Back before Christmas, I noticed somewhere or other that Adele tickets would be on sale for Wembley. Well, I’m a bit of a fan, so I decided to see if I could get any. I was on that site on the dot of 10am when they would go on sale and managed to get two tickets. I had no idea where they were in the arena, there was no choice at all. I only knew the row number etc when they arrived. 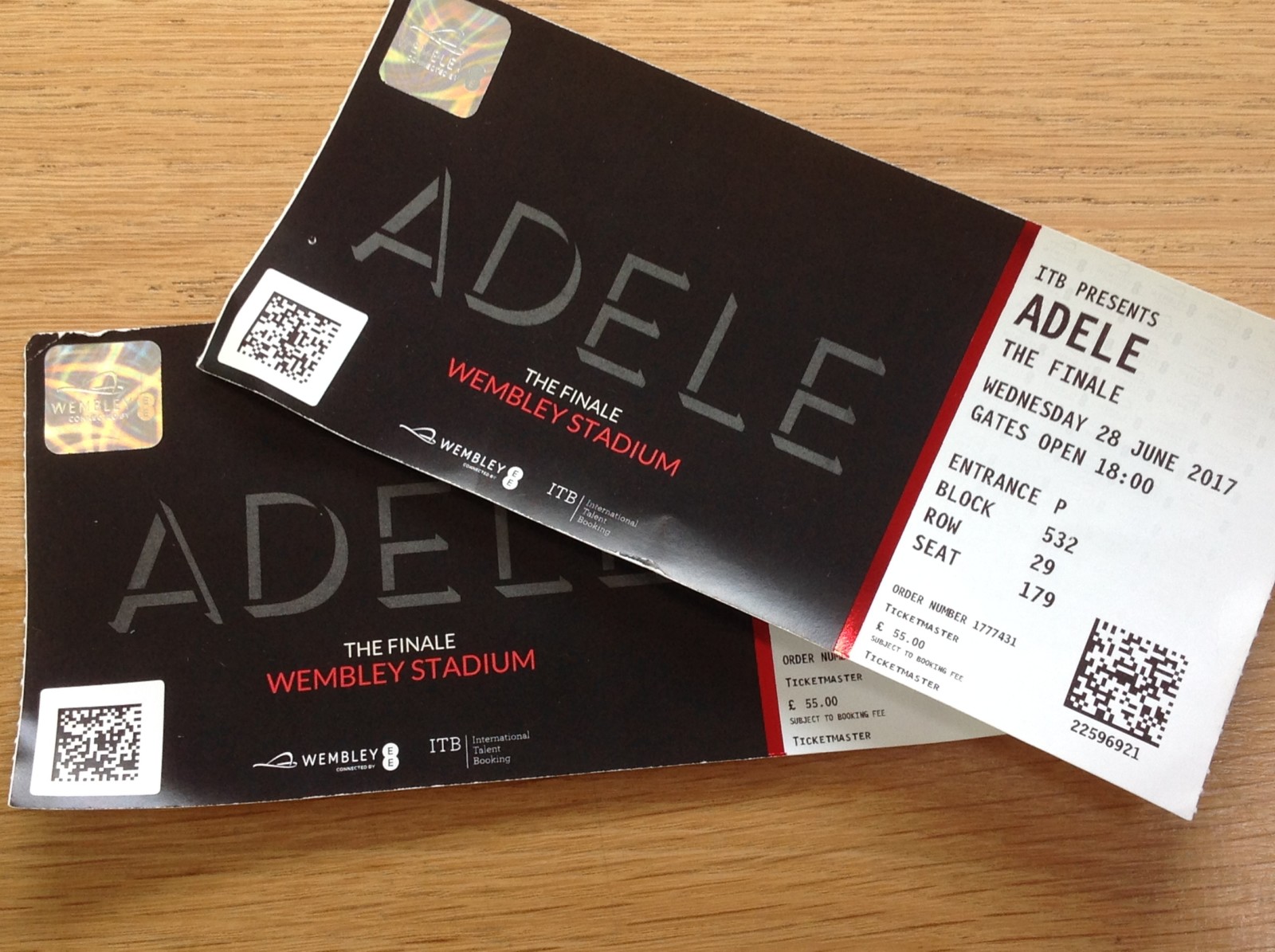 Well yesterday I found out. Mike and I schlepped up to London and dropped off our overnight bag in a hotel. Then off we went to Wembley. Us and 97,000 other people. Goodness, that’s a lot of people. There were police everywhere, some of them armed. They were in the train stations, on the approach roads and all around the venue. There was one tall and burly policeman on the exit stairs from one of the train stations, standing looking ready for anything and he was looking at everyone’s face, eyes going everywhere. So I made eye contact and smiled at him and got a nice smile back.

At the venue, every bag got searched and every person got frisked, and although I was allowed to keep my small water bottle, they took the lid. Considering the sheer volume of bodies jostling to get in, it was all very efficient and good tempered. I didn’t hear a single swear word all evening. Well, apart from Adele, who used the f word liberally.

When we went looking for our seats, we went up, and up, and up. And up. We were right up in the gods, four rows from the very back. Walking along the row to our seats, it made me feel quite dizzy looking down. When Adele made her appearance, she was a tiny little stick woman. The set had been built in the middle, of course, and there were four supporting pillars. Her place on the stage was directly behind one of the pillars in our sight line and when she stood there, we couldn’t see anything. At all. Because of that, and because we were so far away, it took me a little while to get into the show, but I did, and Adele was, of course, completely awesome.

I didn’t take any footage as I was storing up the memory. Much of the gig seems to be on YouTube anyway! I did get a little irritated how people didn’t seem to be able to go the two hours of the show without a visit to the bar, to the loo and half a minute without getting their phone out, constantly having to stand up to let people pass. There was one young man in the row in front of us who was Skyping what looked like his mum who was bopping away to the music! I could see her over his shoulder.

This was pretty much our view, but our sight line was one of the pillars.

And this is Set Fire To The Rain. The fireworks were amazing, the atmosphere was incredible, everyone had their phone torch on (it was dark by now) and the entire stadium, 97,000 people, including me, were singing along. What an experience.

We did 17,000 steps yesterday. Lugging a raincoat everywhere in case we needed one. We didn’t. Up and down train station and tube stairways, through the streets, miles through the venue, there and back. My lack of enough exercise really caught up with me yesterday. By the time we got back to the hotel, my knees had completely had it, and they are still hurting today. It makes me feel a lot older than I think I am. Goodness I must be unfit. More squats needed to strengthen up those knees. They didn’t hurt when I was doing lots of squats!