Coffee semi-freddo, 26p each, and a chocolate version, 37p

Coffee semi-freddo, 26p each, and a chocolate version, 37p 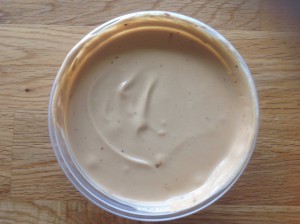 Remember this semi-freddo? I was making a cup of coffee earlier and thought, ooh, I fancy some coffee frozen yogort.

I tasted a little first and it was lovely just as it was. Coffee yogort sounds a bit strange I know, but it tastes really good. I had a little after dinner this evening and it was delicious 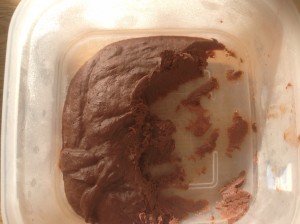 Yesterday, I did the same thing using some cocoa powder instead of the coffee, and that too, worked out as a pretty tasty little thing. So chocolate ‘ice cream’ that is just cocoa, yogurt and a little sugar.
Aldi didn’t have cocoa powder, so I looked at Asda and they have some at £2.28/250g. Again, just stir everything together and pop it in the freezer.

Serve either of these with a little fruit and they will stretch to three portions. Banana would be lovely with either.

The thing I like about making this frozen treat is the control of what’s in it. Yes, there is some sugar, but you can control absolutely just how much there is. I really like the yogurty tang, and the sheer versatility of it. You can eat these unfrozen if you like, it’s just as nice. Popped into a secure little pot, they would be good in a lunchbox. I picked some blackcurrants from the garden today, so that’s going to be the next one! I might even ripple that one. 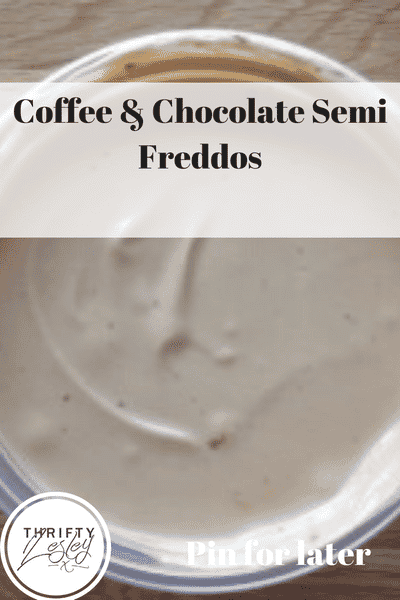