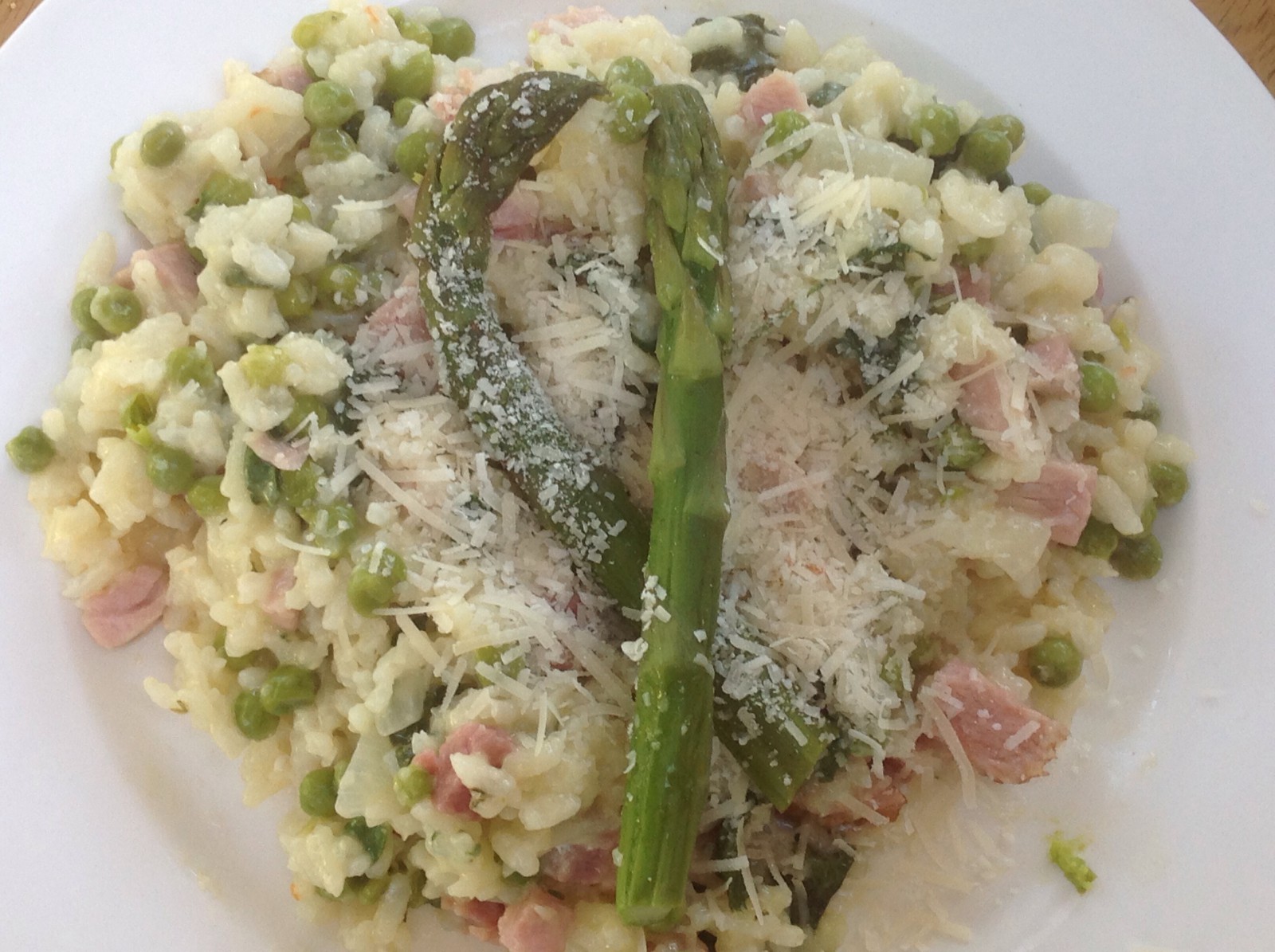 Well goodness, my dogs are barking* this evening!

I have just come back from catering a WI resolutions lunch, where we have a nice lunch, then debate the resolution for the annual WI campaign.

This year I did a risotto. Proper Arborio rice, with white wine, butter, peas, wilted spinach and chunks of lovely butchers ham, topped with asparagus and with lashings of parmigiana, salad leaves and a mustardy vinaigrette.

Then while I was finishing off the pudding, I sent round a big plate of hand made artisan chocolates, Leonides, stocked by a card and gift shop in Heathfield. I could here the delighted murmurs from where I was in the kitchen. Everybody loves a good chocolate!

For pudding, yet again, I utilised the Gu dishes collected from members. I can’t quite get my head around £3 for 2 teeny 90g puddings. Having said that, I wouldn’t flinch at a fiver for a pudding in a pub, so who am I kidding!

This time I bought loads of rhubarb, they weren’t having mine! I slowly cooked some with sugar to extract the juice, added a good splosh of Muscat and made a jelly with it. Each little Gu dish had 80ml of jelly, topped with more rhubarb, roasted this time and topped with buttery ginger biscuit crumbs.

It all went down well, with lots of lovely comments. I do enjoy doing these events. I briefly considered setting up a catering company. Two things stopped me. I don’t need the income, lucky me, and that was a non-ironic comment. I know I truly am lucky. And secondly, catering for the WI, they sort of have to like it. Catering for money would be a completely different kettle of fish.

I now have the delicious problem of what to do with all the leftovers.

I have what is probably a whole wedge of Parmesan, some onions, an unopened pack of arborio and some fancy pants stock, not something I would usually buy. They are very easy to deal with. As is the pack of butter leftover.

There was one little pudding which has now been eaten, and a dish of buttery crumbs which I seem to have inhaled.

A big bag of leftover baguette, and a huge bag of salad, amalgamated from the dishes on the tables. The salad leaves will be used over the next few days and if they get as far as wilting, I shall put them in the next soup I do.

There is a bottle of Pinot Grigio that I didn’t use in the risotto, I only needed one in the end, and a bottle of Muscat, also surplus. They won’t hang around for long.

All this lovely asparagus

and this dish of beautiful roasted rhubarb

And this load of leftover risotto. We both had some for tea, and there’s still loads left. Still it freezes very well, there’s probably enough in there for another two meals for both of us, four portions.

When I made the jelly, I cooked the rhubarb down to a pulp and put it in a big sieve so the juice dripped through. I didn’t want to press it too much as I didn’t want any pulp in the finished jelly. The leftover pulp is a sort of greeny brown colour, and not very appetising looking, but actually tastes really nice. So this morning, I tipped a 500g pot of value Greek yogurt in a big bowl added a load of the pulp and half a tsp of vanilla extract and gave it all a good old stir. Cor, instant posh yogurt, and from a waste product too, frugaltastic! I had a little at lunchtime and the rest is back in the fridge for another day.

The roasted rhubarb will get eaten, maybe with more yogurt, or as compote for breakfast.

Or maybe I’ll use some with some of the leftover baquette and make a kind of roasted rhubarb bread and butter pudding with it.

The rest of the baquette will be frozen and just used as pieces of bread, or made into garlic bread, or I am toying with the idea of making a savoury type of bread and butter pudding. I could have it with that lovely asparagus and use some of that delicious Parmesan in it and on top. I wouldn’t want to put the asparagus actually in the pudding, it is already cooked and I wouldn’t want to cook it any more, so I would need to make some kind of flavourful mixture for the pudding itself.

The butchers ham came in big hunks and I had to cut off the fat and some of the outside bits and all those bits and pieces are currently sitting in the fridge. Maybe I could render some of that down and use some of that, should have loads of flavour in that! Or I could use one of those fresh chorizo sausages I bought recently.

I suspect some of these leftovers will be frozen until I can use them. I’m not doing very well in emptying the freezer, it’s back to tiny corners of space left because I keep putting more stuff in. Sigh.

After we had been to the Greek cooking day, I had loads of food in the house, the fridge is still groaning. I have had dolmades twice for lunch and still have several left. DP didn’t use all his dolmades stuffing mix, so there was a dish of that in there. I had put one of the moussaka we made in the freezer. I still have two portions of the other one in the fridge, I may have to freeze those too before they go off.

On Monday I thought I’d use up some of the stuff in the groaning fridge in a fridge soup. So I started off with a few red lentils and some barley in a small saucepan and started those off simmering. Then in a separate, large, saucepan, I put in the chopped up stems from a cauliflower where I’d used all the florets, most of a jar of posh mushrooms, with their juice, that I had started for another recipe, but now needed to be used before they went off, and the dolmades mix, which was herby with lots of dill and mint, with rice, sultanas and pine nuts. Then in went the lentil and barley mix and I gave the whole thing a little whizz, I didn’t want it smooth, just with a thicker liquor. It was absolutely delicious. I had some for lunch that day and guess where the rest went? Yes, in the freezer.

I need to keep away from grocery shopping opportunities and use up some of my Armageddon supplies. Having said that, I’m out for lunch tomorrow. Doh!

I am currently watching The Worlds Most Expensive Food. It’s a a ridiculous programme featuring such absurdities as coffee at £320 a cup made from coffee beans eaten by a certain kind of cat, pooped out and refined into coffee. They keep talking about the best of the best, but it isn’t the best at all. It’s just rare and expensive. Not the same thing at all. For some to have such obscene amounts of money when others have so very little is unacceptable.

The Online Etymology Dictionary pinpoints a Cockney rhyming slang phrase to 1913 where dog’s meat came to mean feet. An alternative phrase is plates of meat. Both sayings were soon shortened and now both ‘plates’ and ‘dogs’ mean feet.

I expect you know of the shoes called Hush Puppies. I have heard that around the time they were launched, the sales manager had been to the Deep South of America where he was served hush puppies. Hush puppies are a savory food made from cornmeal batter that is deep fried or baked, rolled as a small ball or occasionally other shapes. Hushpuppies are frequently served as a side dish. (Wikipedia)

Asking why they were called that, he was reputedly told that they were often thrown to restless dogs to keep them quiet (barking dogs, geddit?)

This chap was supposed to suggest this name to the marketing department, and the Hush Puppy was born.

I do so hope that is true 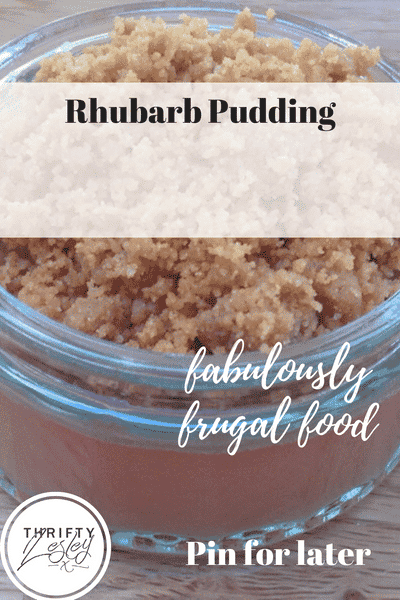