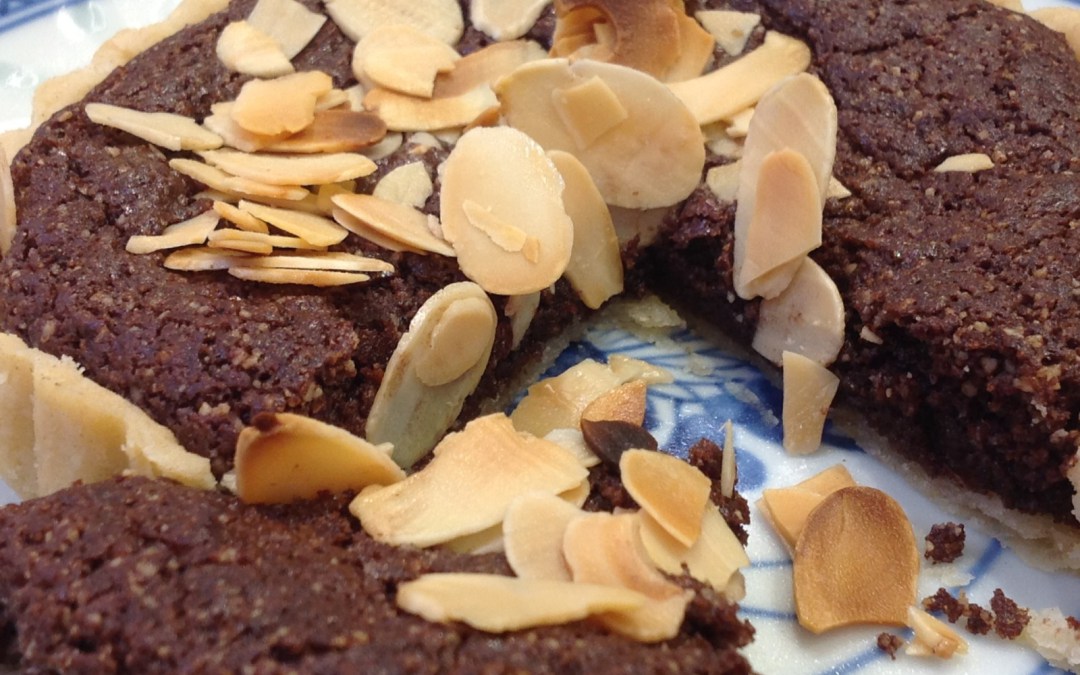 It is a dark and dank day today and I did what I often do when at a bit of a loose end, I had bit of a play in the kitchen.

I made some almond ‘Nutella’ then started thinking about uses, as I do, and thought, bet it would work well in a tart. Note that the mix I make now is usually the almond version which is at the bottom of the post.

And my goodness, it really does work. Gorgeous!

I only intended to make one little tart, but once I’d rolled out the titchy amount of pastry, I could see that it would do another one.

I thought the ‘Nutella’ mixture would hold its shape in the oven, and it did, just rising slightly as it cooked.

The cooked tart is divine! Bear in mind I used home made ‘Nutella’ in mine, the actual branded stuff may well perform differently.

It is very chocolatey, not too sweet, but a bit too moreish! I cut a tiny segment from one of the tarts to try it. If I have more than that, I risk being kept awake all night by the caffeine.

The texture is similar to a Bakewell tart.

Well, of course, I can think of several different things!

Make it the same size as jam tarts and it would work as a tea time treat for children. Probably not for a school lunch as most schools don’t allow chocolate or nuts.

Flavour it with orange zest, or even lemon zest. Add a bit of vanilla. Put chocolate sauce on the bottom of the pastry case before adding the ‘Nutella’ for a fudgey base.

Add a generous splosh of rum or similar to make a grown up pudding, great for entertaining.

Vegans, omit the milk powder and milk and replace with Provamel. I mention that one, as Oatly, which would also work, has palm oil in which is worse than trans fats for health. 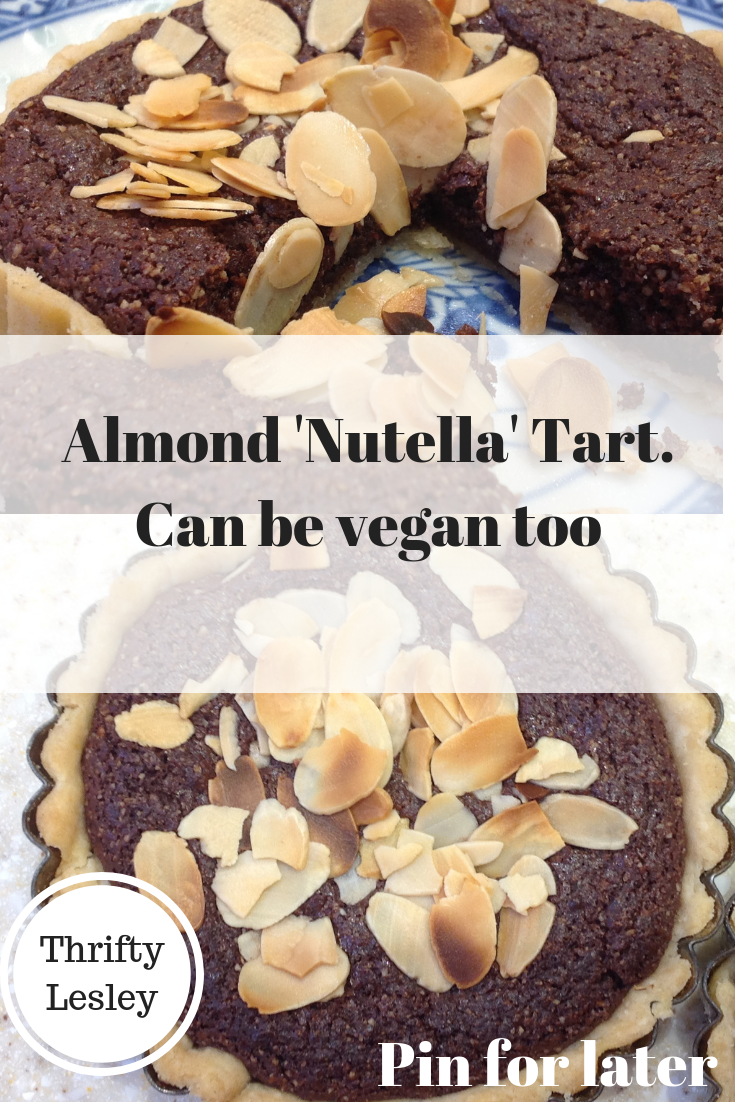 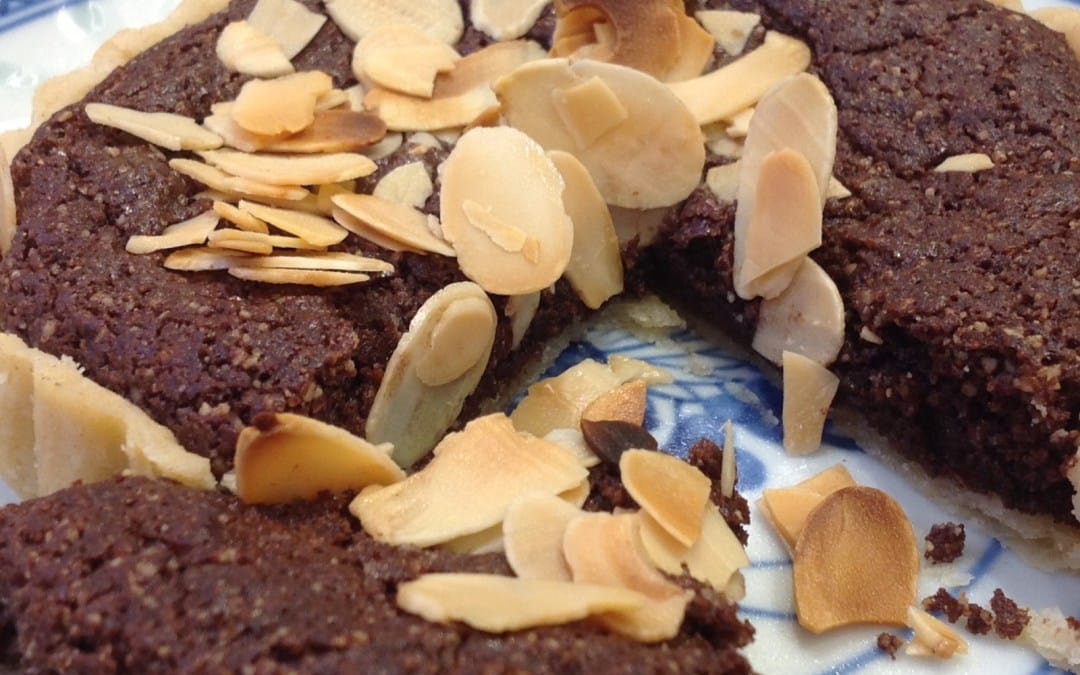 Delicious Almond Tart
0 from 0 votes
Print Recipe Pin Recipe Share by Email Share on Facebook Comment My Recipes Go to Collections
Cook Time: 25 mins
30 mins
Course:
Dessert
Cuisine:
English
,
Italian
vegetarian
Servings: 2 people
Calories: 688kcal
Author: Thrifty Lesley
Click on the check box to cross off Equipment, Ingredients or Recipe Steps completed.
If you click and buy anything, I may get a small commission on the purchase. It won't cost you anything extra. Some are just things that I like and/or use myself rather than necessarily best value 🙂
If you enjoyed this recipe, would you please consider leaving a review? It would really help

Priced at Asda using mySupermarket, May 2019