What’s in season in October, can I grow anything in the garden now? and update on Action Aid

What’s in season in October, can I grow anything in the garden now? and update on Action Aid 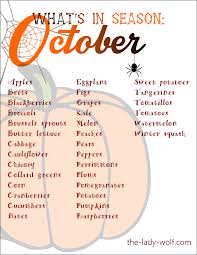 Marmaduke Scarlet has posted all about what is in season during October, from apples and artichokes, to watercress and wood blewits. A handy guide to what is at its best right now. I’ve noticed over the last couple of weeks that the produce in the local greengrocers has been changing, although they still have, English grown, strawberries. The seasons are definitely on the move here in East Sussex, my little apple trees have shed lots of their leaves now and the apples are ripening faster than we can eat them.

I am still working my way through all the apples that seem to have come all at once. Had some of the radish seed pods in a stir fry at lunchtime, they were lovely, crispy, tangy and delicious. I was going to grate an apple into the mix, but the phone kept going. I had rolled out a flatbread and it stuck to the work surface, but I tried to cook it anyway, and it was horrible , so I had to do another one. So forgot the apple, and DP has just said are you going to use those beansprouts, I had completely forgotten about those.

During October, our cooking is likely to shift to warming, comforting things. Crumbles and pies, casseroles and stews.  The jam season is well underway, and the Christmas hamper makers will be gearing up for the annual makeathon with jams, jellies and curds, wines, preserves and seasonal bakes.

Allied with this, is the question, can I plant or sow anything in the garden in October. Well, there is a surprising amount that can be sown at this time of year here in the UK.  On a site aptly named what can I plant now .com there is a very useful page for each month on what can be planted and sown.

For October, they recommend Aqua Dulce broad beans. The logic being that beans sown now will have a head start in the spring and will crop up to 4 weeks earlier than spring sown seeds. So I shall be putting some of those in the garden in the next few days.

Autumn King carrots can also be sown now. I didn’t have much luck with carrots this year, or last, they simply don’t germinate, it was a new packet of seeds this year as well. I might have yet another go with Autumn King. I am now wondering if the germinating seeds get scoffed by slugs and snails rather than not germinate. I keep a close on the patch where I sow them, but didn’t spot any emerging shoots.

Cauliflower All Year Round can be sown now and kept overwinter under some sort of cover, a cold frame, cold greenhouse or under fleece

As with the broad beans, sowing Meteor peas now will mean a good early crop next spring.

Even spinach Scenic can be sown now, although I don’t know about you, but I don’t really fancy eating salady things much when it’s cold

Then of course, there are the spruting seeds that you can do at any time of year, the cut and come again lettuce plants that will grow indoors in winter and the pots of herbs.

So even though it feels like the end of the gardening year, there is still plenty of stuff that can be grown on over the coming months.

Taking advantage of a beautiful day today, we will be having salad today. I will be making a warm salad of roasted parsnip and apple with a lemony dressing, from Hugh’s book, and we will have that with a carrot, peanut and raisin salad and jacket potato this evening.

I’ll let you know what it was like, and how much it cost tomorrow.

Remember the Live Below The Line challenge earlier this year?  Between all of us raising funds  for ActionAid, they received a wonderful £50,147.49, which the Government doubled to a big fat £100,000, a sum that can do a great deal of valuable work. So thankyou to everybody who donated and contributed to that fantastic total. Here they talk about what happened after the challenge.

Action Aid work particularly with women and girls, lifting them out of poverty and helping them to help themselves. Women around the world are more likely to live on or below the poverty line, simply because they are women. Their unequal position in society means they have less power, protection from violence or access to education.

Think I’ll sign up for next year right now