A new vegetable? It was to me!

A new vegetable? It was to me! 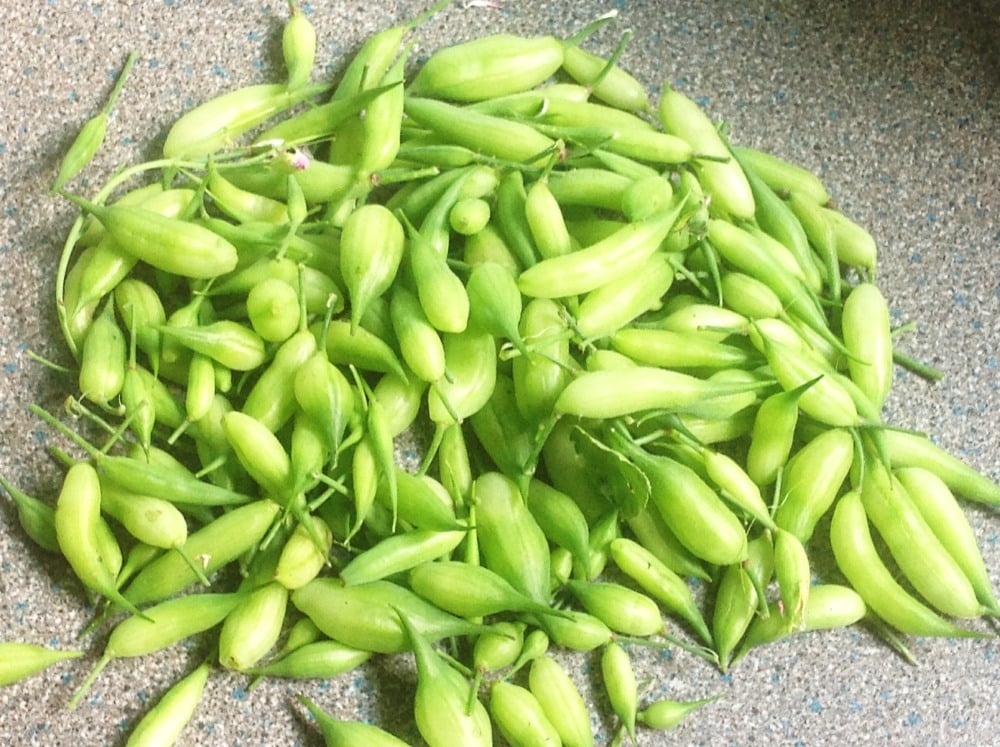 I grew one excellent box of radish earlier this year by planting radish seeds in a box in the greenhouse. I have tried several times since to repeat it, with no success at all. The last lot, I sowed in the garden, and they weren’t all that good, and I ended up leaving them so long I ended up with radish seed pods! 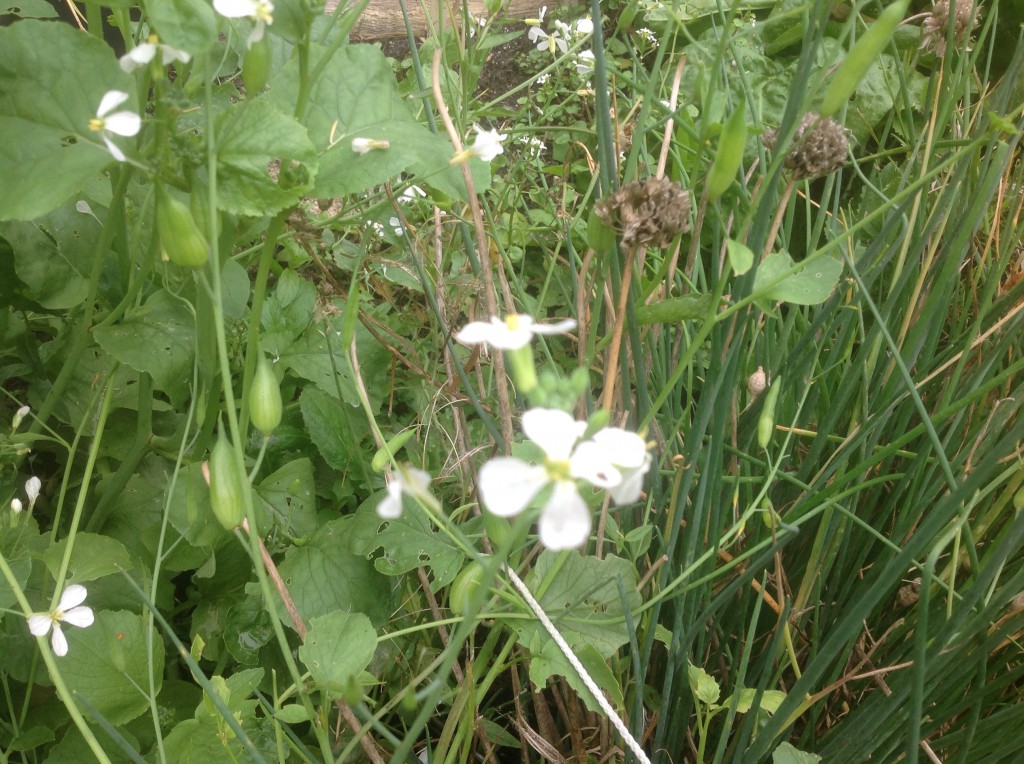 They have pretty white flowers, and once the bees have done their thing and the flowers are fertilised, they grow these little seed pods. 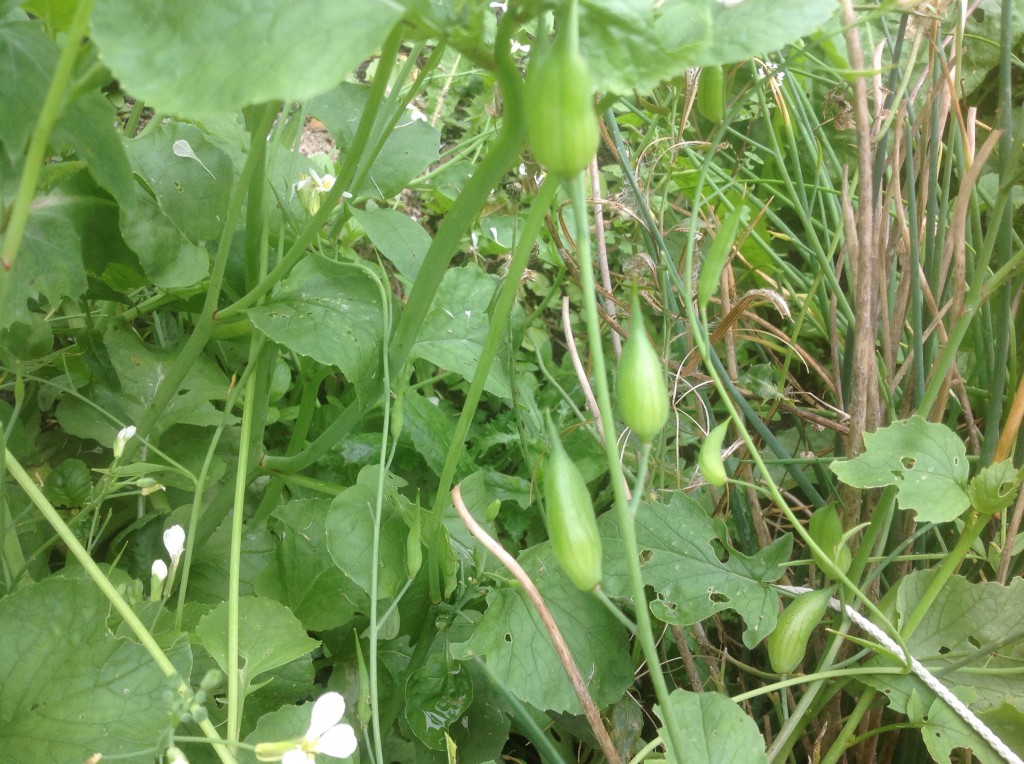 There are loads of seed pods on each radish plant. They develop into pods with seeds in if you leave them long enough, and some of those in the garden have done, and dropped the seed onto the soil, so I may get some radish yet!

Before they get to that stage, they make a really good vegetable. They taste of radish, with that spicy hit, and have an additional, sort of ‘green’ flavour, difficult to describe. You can pick each radish pod over a period and eat the pods very small, or wait until they have fattened up a bit. You get a lot more pods than you would have radish, but of course, they take more room.

I doubt if you’d ever find these in the shops, so one for growing yourself or seeing if any nearby gardeners / allotmenteers have any.

I haven’t tried stir frying them, but I bet they would taste good done that way.  GardenBetty stir fried hers.

And you can also easily pickle radish pods.

Wiki says that Raphanus (Latin for “radish”) is a genus within the flowering plant family Brassicaceae. Carl Linnaeus described three species within the genus: the cultivated radish (Raphanus sativus), the wild radish or jointed charlock (Raphanus raphanistrum), and the rat-tail radish (Raphanus caudatus).

James Wong, the botanist, likes aeriel radishes and Suttons sells some seeds for them.

This what Suttons says about them.

Can be picked all summer

Crisp, mustard-and-radish flavoured chilli-shaped seed pods you can pick all summer long. Foolproof to grow, the pods are produced in great bunches throughout the summer. Latin name: Raphanus caudatus. Imagine a radish plant pretty enough to blend seamlessly into the flower border, only twice as productive and truly foolproof to grow. Then crank up its fiery mustard flavour, combine it with a crisp, green bean-like crunch and wrap the whole lot in a delicate chilli-shaped pod & you have this remarkable veg. Hailing from exotic Java, the crisp seed pods of these ‘aerial radishes’ are none-the-less no newcomer to the British table, having once been a favourite crop on our shores in the early 1800s. Delicious, unusual, yet surprisingly versatile, the pods are produced by the dozen in great bunches right through the summer Variety: Radish Munchen Bier. Sow: March-August. Harvest: May-October. 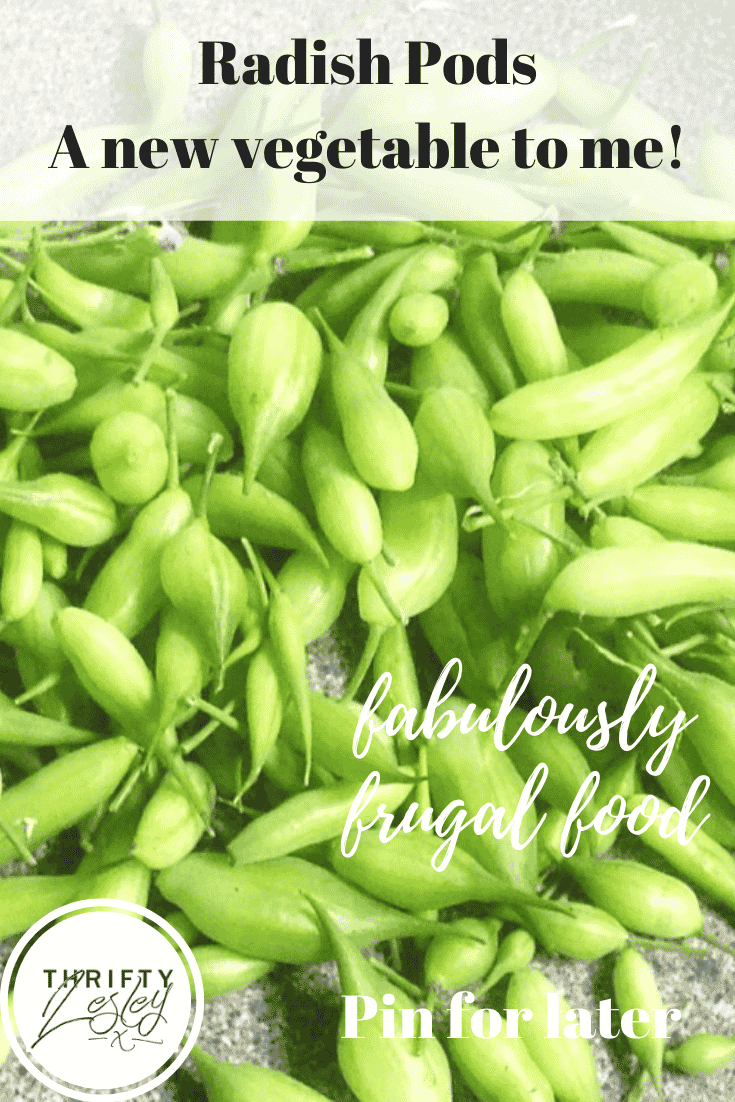