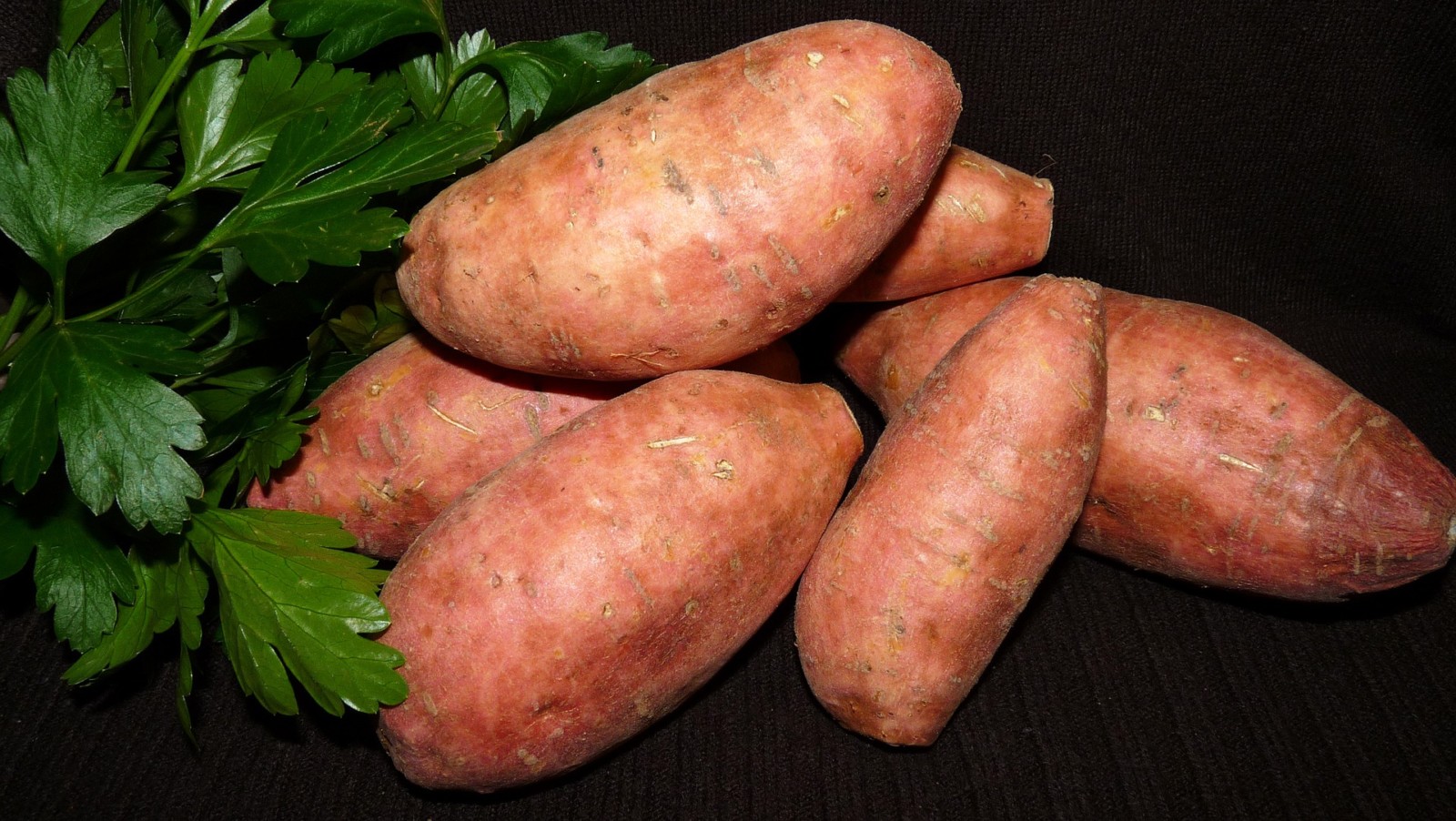 We are having some venison casserole this evening, left over from a WI event, with frozen green beans and mash, and there is an apple crumble in the Remoska for later, using our autumn apples from the freezer.

When I did the demo last week, I did a soup that we have often. The original recipe came from Feasts From The Place Below, Amazon currently selling 2nd hand copies for £2.19. It is a vegetarian cookbook (which Amazon tells me I bought in 2001!) and is set out in seasons. Each season has several unusual and delicious recipes, their Valentines menu suggestions include Chicory & Butternut Squash Pancakes with a Gruyere and White Wine Sauce.  I have done those, and they are as delicious as they  sound.

I haven’t tried it, but you could probably use malt vinegar here, just try a tiny bit at first, a tsp, don’t want to ruin the soup. The soup is fine without the vinegar, but it does definitely bring another layer of flavour.

If you don’t have any paprika, don’t worry, you won’t notice it that much.

I have priced the lentils at the 500g bag level, if you can afford to get bigger bags from Indian suppliers, or some supermarkets (Morrisons seems to have them) they are half the price

You can of course make this in a slow cooker.

The original recipe uses a massive 100ml of olive oil to get a velvety richness. I don’t like to use that much oil, and don’t honestly think that you can taste that it is olive oil, although you might if you use 100ml! so I use ordinary vegetable oil, and a lot less of it. The original also makes a HUGE bucket of soup, so I have adjusted the quantities to 4 servings. Other than that, the recipe is the same.