Rubber Chicken – just how far can you make a £4.99 chicken streeeetch – 28 portions?

Rubber Chicken – just how far can you make a £4.99 chicken streeeetch – 28 portions? 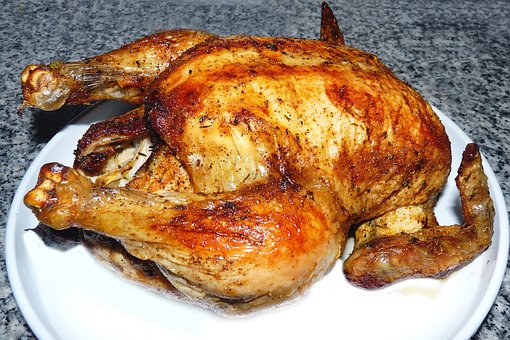 How to use a whole chicken for multiple meals

There is just me and Mike to feed here, so most of my ideas will be for two people. We had it roasted last night, with some stuffing to pad it out, and in the interests of research I have bought some value stuffing.

Where to buy whole chicken

All supermarkets sell whole chickens. Buying a whole chicken and jointing it yourself is cheaper than buying ready jointed chicken pieces. The chicken I used for this series is one I bought at Aldi and it was a 1.5kg free range one, costing £4.99.

Ways to use a whole chicken

I mixed up the stuffing, which the instructions said needed 250ml of water. So I used the liquid from one of the tins of organic green beans that I got from Approved Food for extra flavour. I used half of a tin of beans at lunchtime that I’ll tell you about later. I also opened the oven and poured out a couple of tablespoons of the juice from the chicken pan and added that to the stuffing mix as well, for yet more added flavour. Then put the stuffing in tiny little piles on a baking sheet. They came out as lovely, crispy outsided little morsels.

When the chicken was cooked, I drained all the juice off before resting it. To the juice, I added a splash of wine, some mustard, a little flour, some bay leaves, a tsp red currant jelly, salt and pepper. Then simmered on the hob, whisking all the while until thickened. This makes a glorious gravy. I use all the juice and all the fat from a roast chicken. Each portion of dinner last night had a little gravy, and the rest will be used as added flavouring when making the other recipes using this chicken.

Once the chicken had cooled, I picked all the remaining meat off and weighed it. It came to 445g. There is just over half the stuffing left and I will use that in something or other.

I meant to take a picture of the meals this evening, but forgot until they had been eaten!

Adjusting the recipes to accommodate 445g chicken, I think I’ll be able to stretch it to do the following:-

this comes out at a total of 28 portions, which I think is pretty good!

I’ll probably do the pizza for today

Edit:- I forgot to add the weight of the chicken scavenged from the simmered carcass. This was 100g, so the yield was actually 545g, plus the amount eaten as the roast chicken dinner. I’m not going to adjust all the prices for each recipe, too  tedious

What do you think? Can it be stretched further than that? What other ways would you use? Have you got a favourite way? 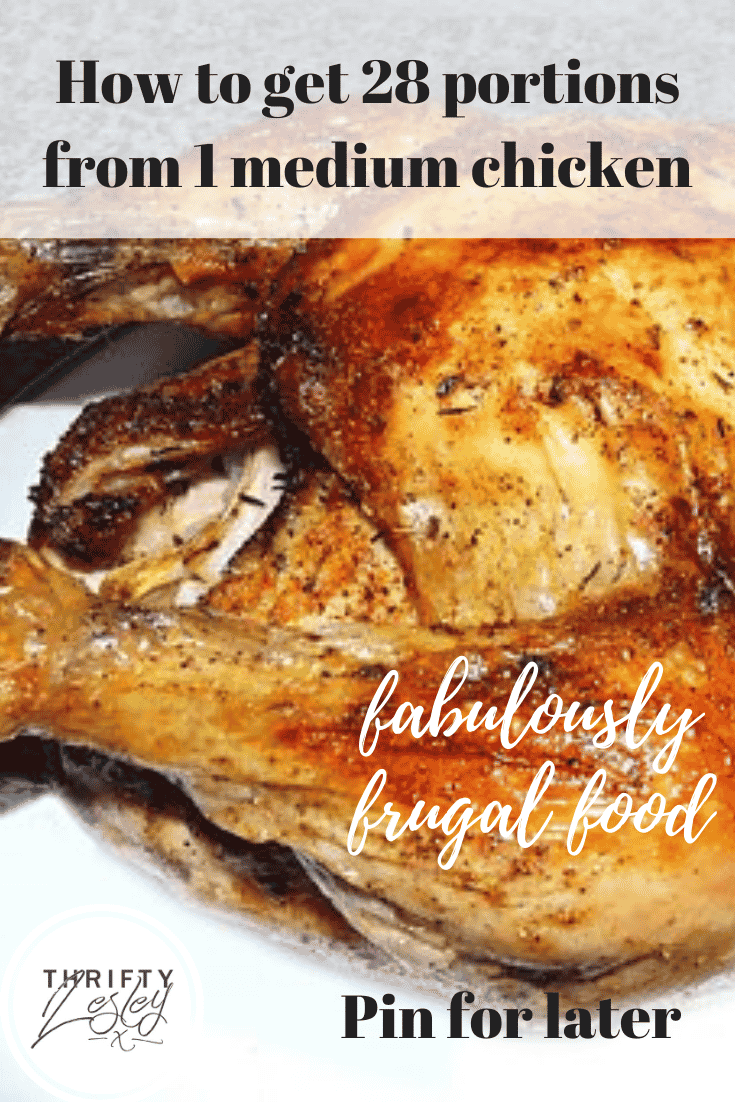