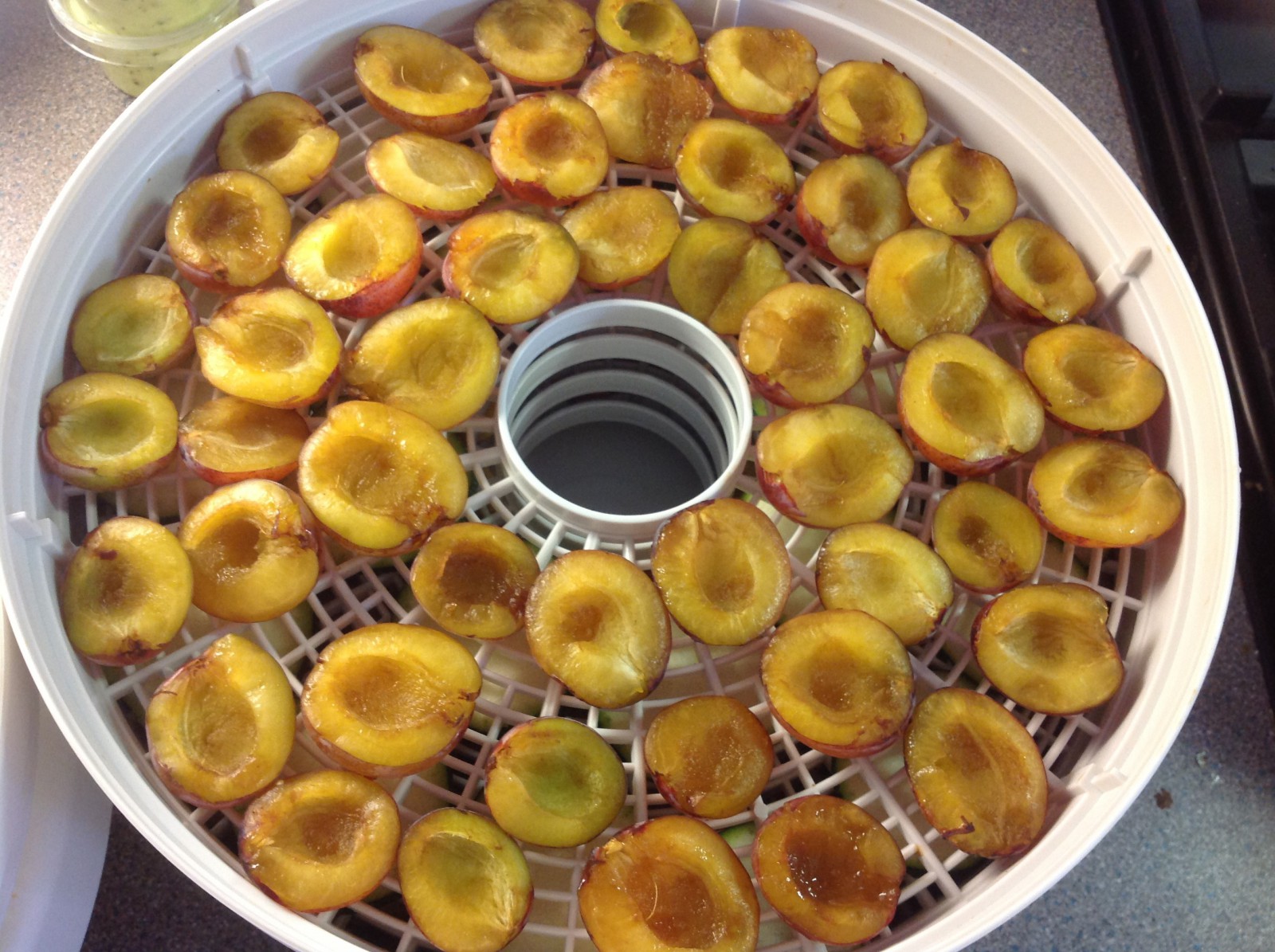 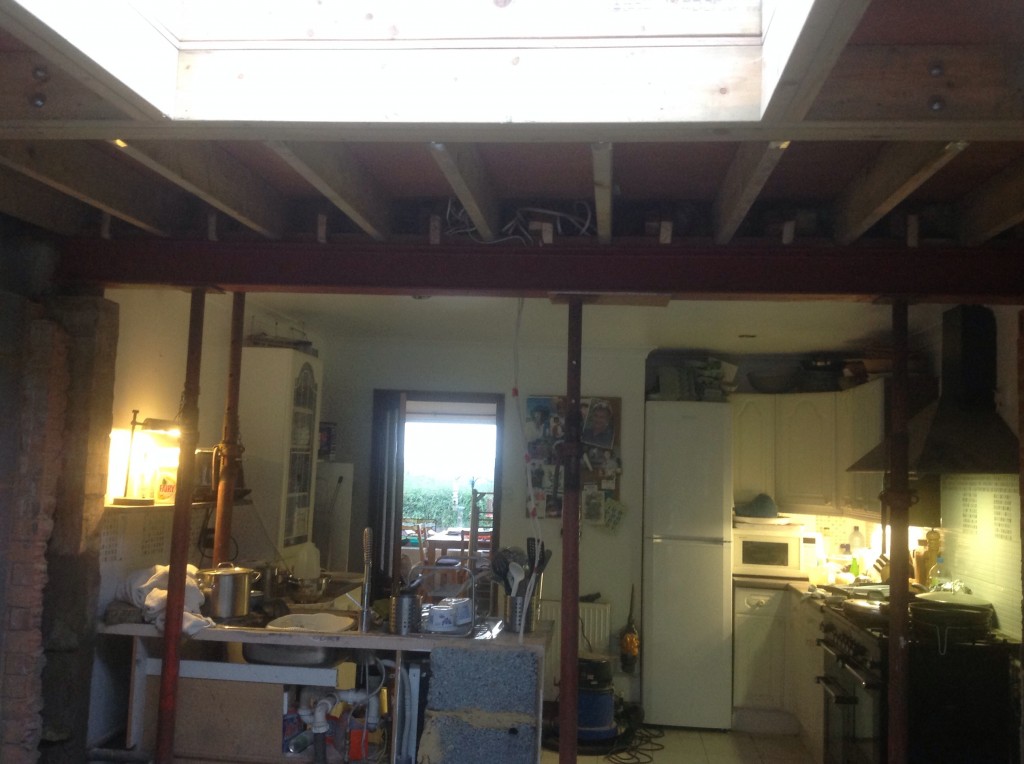 At half past four this afternoon, a builder pal of DP’s and his four labouring lads piled into the house. They hoisted the lintel up into place in a trice. At one point one of the lads, a skinny youngster, looked no more than 17, had the entire weight of the lintel, angled down on him as he struggled valiantly to hold it up in place. He hissed through his teeth in his efforts and held it fast until his colleagues leapt to assist.

They were only here an hour (an expensive one for us!) and were very efficient, whipping out measuring tapes to ensure the lintel rested in the right place, bing banging the acrow props here and there and piled out again taking their various bits of equipment with them, all done.

So next week, DP will be talking to the plumber about the underfloor heating, and we will be firming up the plans for the new kitchen layout. There might be some robust discussions in that department!

Previously to all that action, I had processed all the fruit I was given yesterday. I topped and tailed all the gooseberries, and picked over the blackcurrants, gave everything a good wash, and popped them all into freezer boxes and away into storage. Just kept a few blackcurrants out for a crumble for DP this evening. I made a one portion one this time, to avoid temptation for me.

It’s quite challenging cooking in the kitchen with dirt and grit flying everywhere and the work surfaces disappearing rapidly as things get removed.

But we have finished the part where the dirt and grit fly, so I can start the big cleanup…..everywhere. There’s even brick dust in the bath!

I won’t be starting tomorrow tho as it is the annual garden party at my WI. The committee are all taking sandwiches and cakes, and I’ll be going down to Heathfield to pick up 7 kilos of strawberries and lashings of cream to go with them. We had decided to hold it in the hall this time, which has an attractive outside space, and it’s just as well we weren’t planning to hold it in a members garden as we have had lashing rain, thunder and lightening for the last hour, so conditions would be soggy to say the least.