A main course soup, based on Scotch Broth. About 47p for my unreproducible version

A main course soup, based on Scotch Broth. About 47p for my unreproducible version 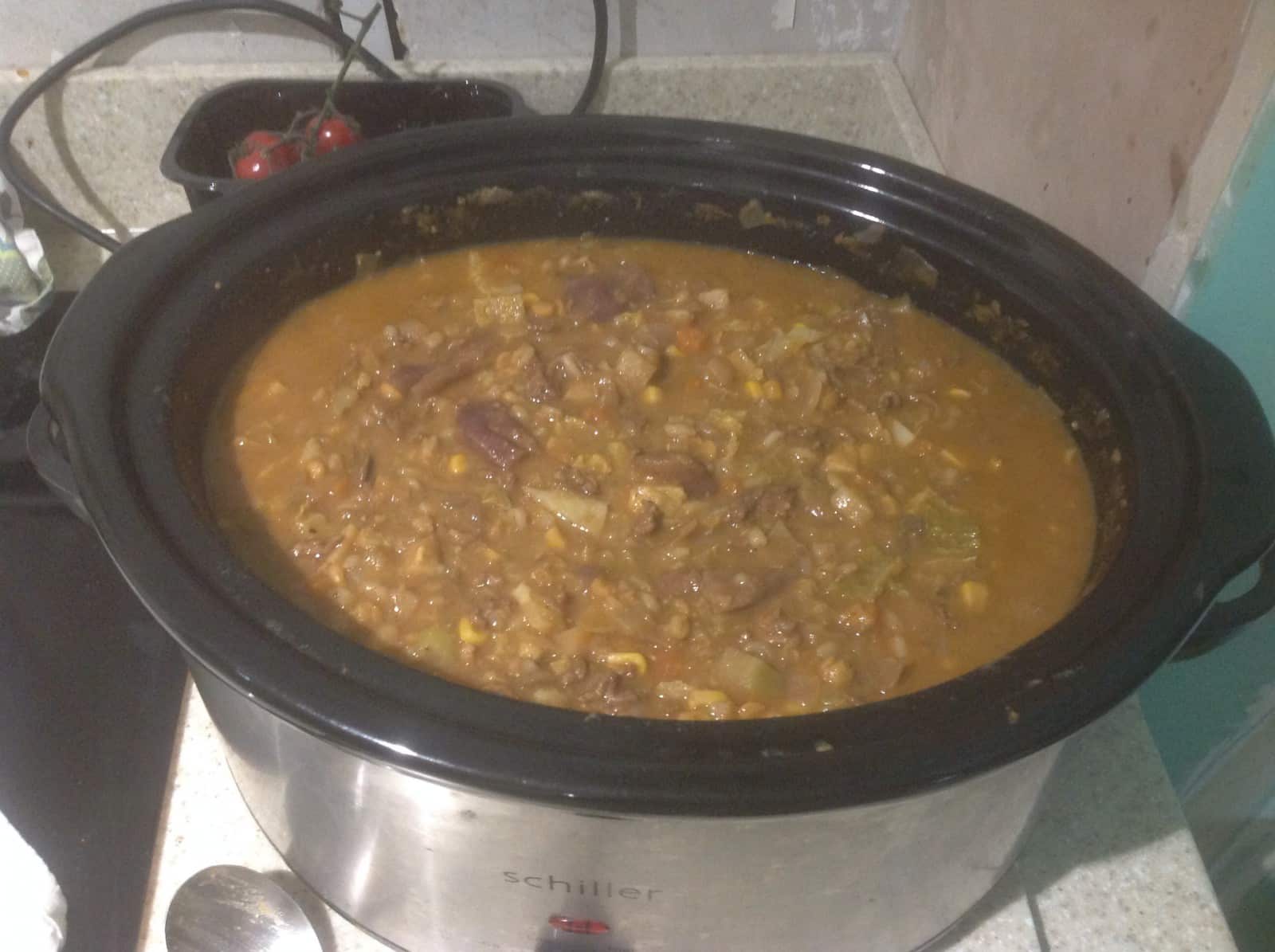 Not so much a recipe today, as almost a serving suggestion.

I was supposed to be testing Miss South’s Scotch Broth from her book, Slow Cooked today. 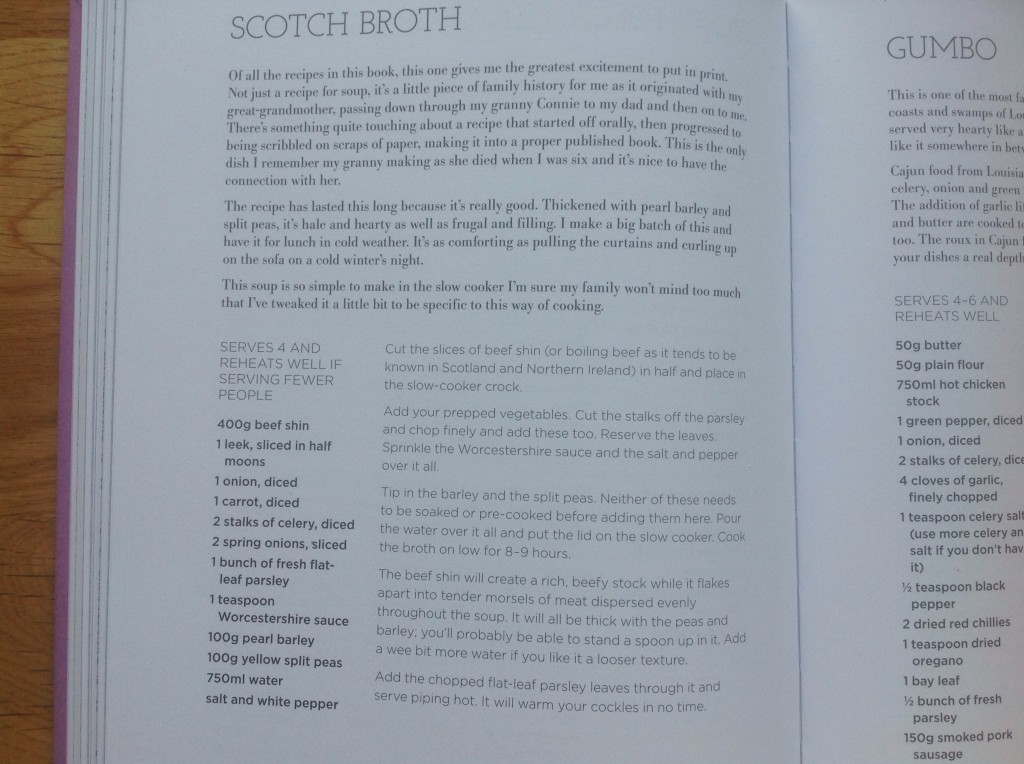 However, I had a lot of various minced meat in the freezer, so decided to use some minced beef instead of the beef shin. 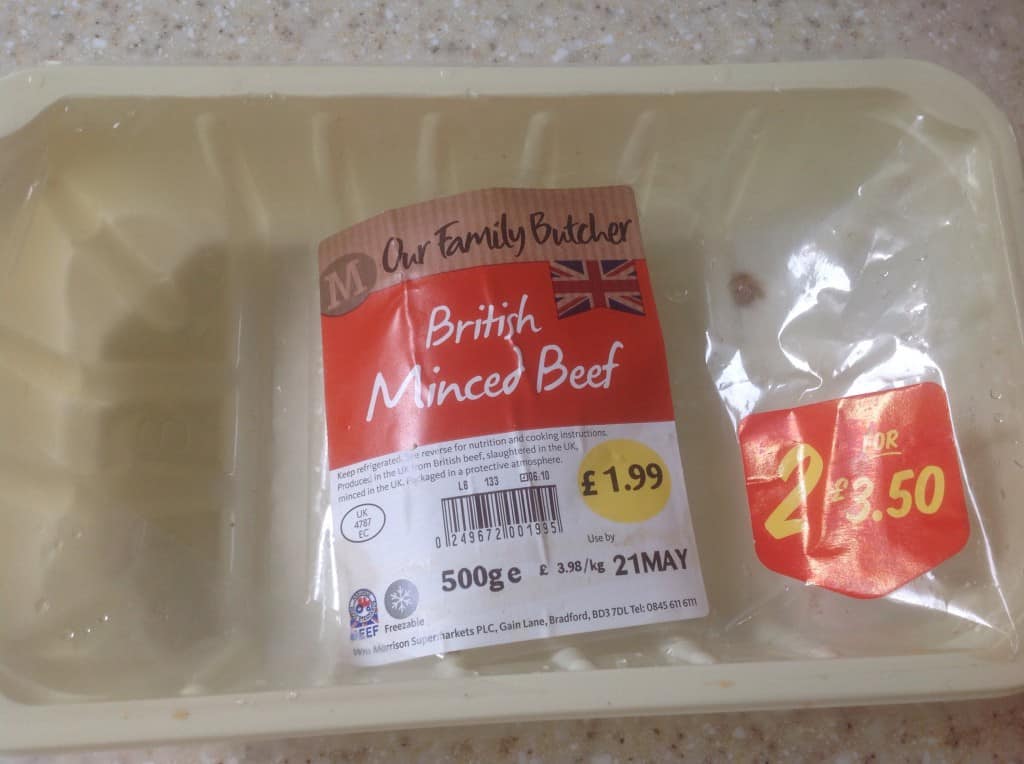 I then went on with the recipe and added the following to the slow cooker.
500g Morrisons minced beef £1.99
3 small onions (the recipe says 1 onion, a leek and some spring onions but I had no leeks or spring onions) 5p each
A carrot 5p
2 stalks of celery 10p
A tsp Worcestershire sauce 10p in total
100g pearl barley 20p
100g yellow split peas 20p
750ml water

All the vegetables were chopped small. The mince was taken out of the freezer and as I was using a slow cooker, I thought I’d better defrost it. So I put it in a saucepan with the water and heated it until it was defrosted, then poured it into the slow cooker. So far so good.

Then I kind of went off piste. I peered into the fridge and added a bit of tomato sauce left over from a pizza base (10p) then a dish of braised red cabbage (10p) a three quarter full tin of sweetcorn (20p) the last portion of pea soup from yesterday (16p) , two small, very wrinkled parsnips (10p) the obligatory apple, complete with peel, and some leftover tomato soup (20p)

That all meant it was now under seasoned, so in went more Worcestershire sauce, more salt and pepper and a lot more water as it was very thick.

Then the whole lot was slowly simmered in the slow cooker for several hours. Half an hour before the end, I added a quarter of a Savoy cabbage, finely shredded (16p) 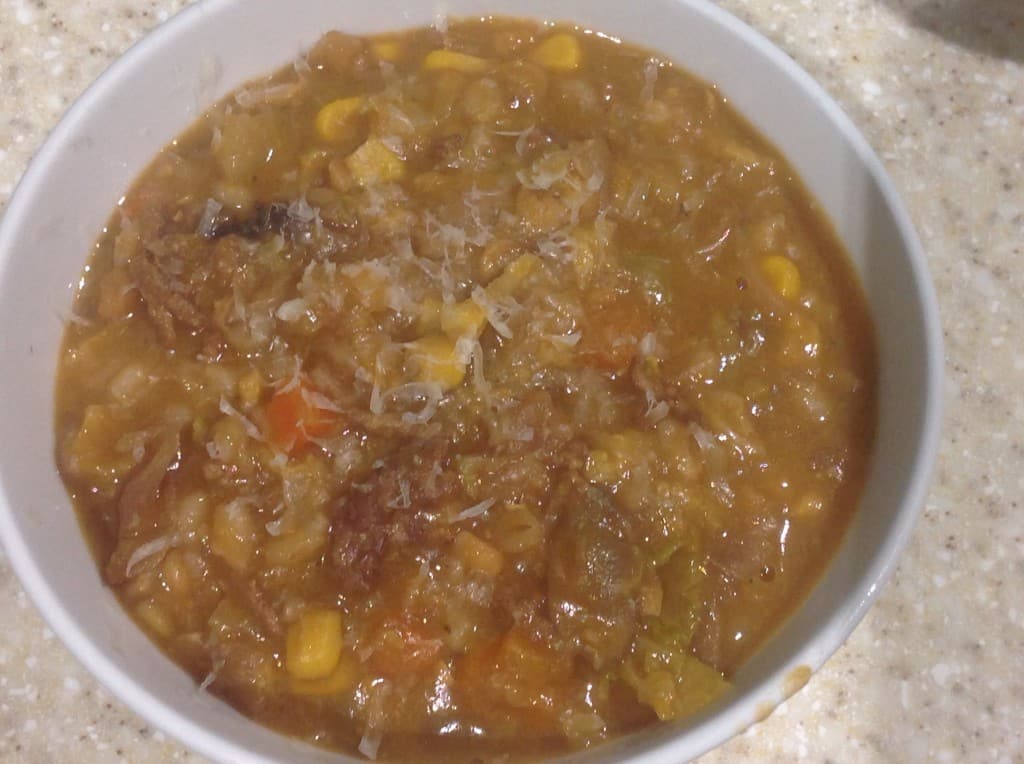 I have estimated the total cost as best I can, even tho you won’t be able to reproduce it as you won’t have the contents of my fridge. It comes out to £3.81 and 8 generous portions, that is 48p a bowl full.

The flavour is deliciously meaty with the slightly gelatinous texture of the pearl barley.

Having just had a bowl and a half for dinner, I am feeling pleasantly full and warmed through and through.

You could maybe start off with the mince and the base contents, then see what else needs using up, bung it in and enjoy.

We had ours just on its own, but you could add some crusty bread and butter, maybe warmed through and possibly with garlic butter.

The pulses can be anything you like or have to hand, although the pearl barley makes a pleasantly thickened soup.

No slow cooker? This can be cooked either well covered in a slow oven or slowly simmered on the hob.