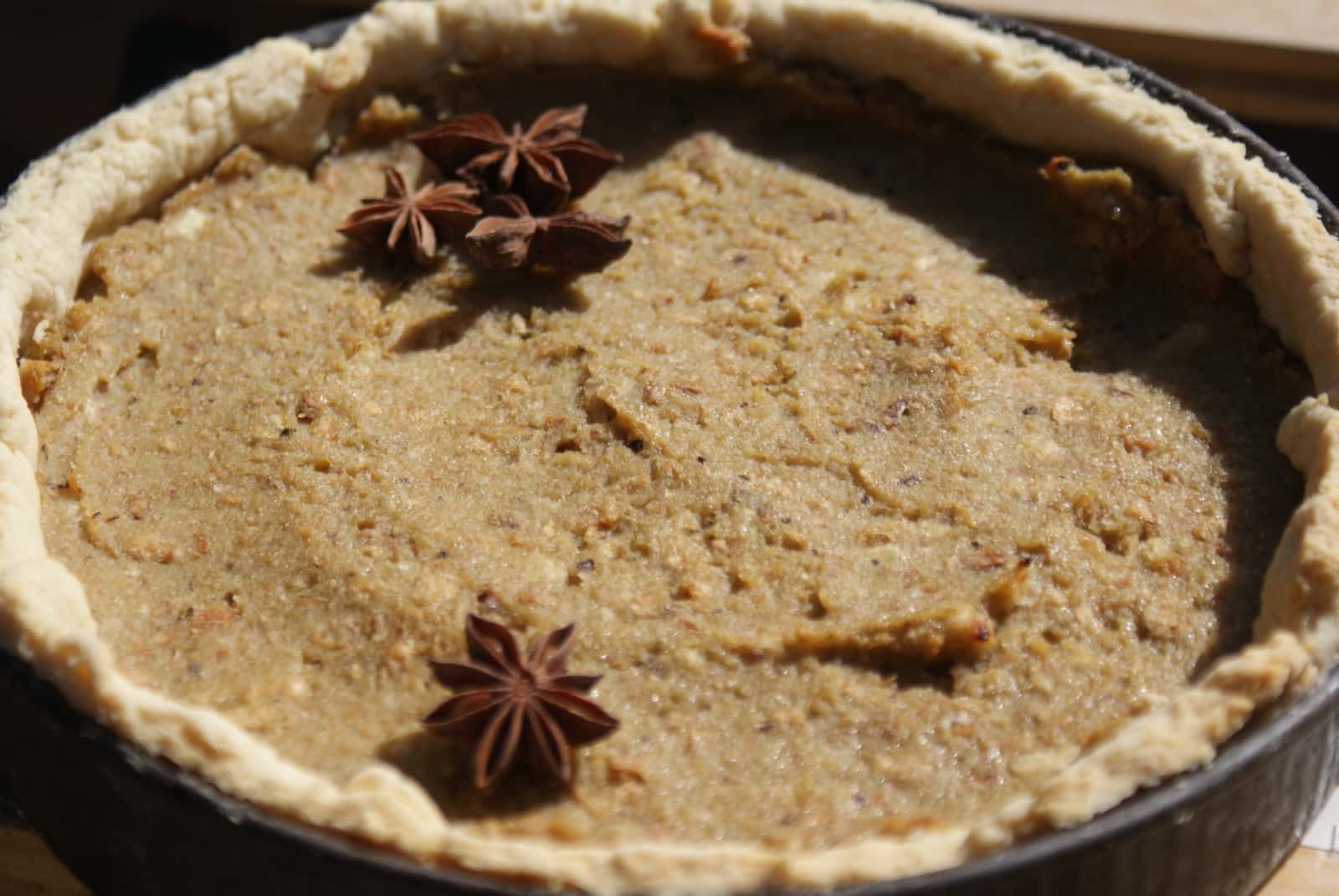 If you have been reading my ramblings for long, you will know that sometimes I get a migraine. I have had them for as long as I can remember and they are triggered by many things. Coffee, chocolate and alcohol are the food ones, then there is not enough, or too much, sleep, cold wind, squinting in the sun, exercising too vigorously and anything that tightens up my shoulders or back of neck.

I think I have tried everything over the years, and the only thing that has ever worked is sumatriptan, sold under the brand name of Imigran. Although I usually only need 1 per attack, they cost an extortionate £8 for 2 tablets. I have considered that I can sort myself out with this, and didn’t want to go to the GP and ask them to pay for it, I was able to pay for them myself.

Imagine my horror then when there were none to be found in Heathfield because of a problem with manufacture. After going back several times to see if they had got any yet, the pharmacist happened to be in ear shot and said that he had packs of 6 of them, rather than the usual 2, but that he could supply them only with a prescription. So today I had to give in and go to the GP to get a prescription, and I now have a pack of 6 safely stowed away. Wonder how much the surgery had to pay to supply something I was willing, and able, to get for myself?

On the way back, as it was Tuesday, I popped into the market. It is a bit like a boot fair on Tuesdays. There is a good wet fishmonger there too, and a fruit and veg stall, but their prices are about the same as the supermarket, so I tend to use the greengrocer in the town, and support a local business that way.

There is a general auction on Tuesdays too, so I had a bit of a poke around there at all the interesting bits and pieces, then mosied over to the general stalls under cover. 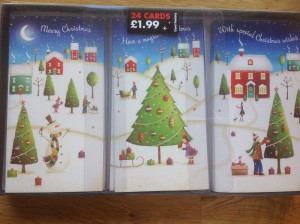 Bought my first pack of Christmas cards, very nice ones at £1 for 24. 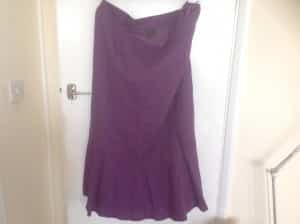 Plus I found this lovely linen skirt. Just my size, and very much my kind of colour. I asked how much and she said £2 with that lift at the end as if expecting me to argue, but goodness me, £2 is very cheap. When I got it home, I noticed a little label attached to the inside, with £6 on it, so now I feel like I got even more of a bargain! 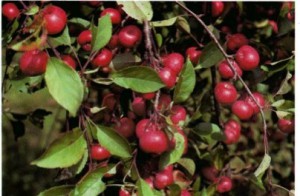 The recipe today is one that I use when I have crab apples. The local Tesco car park has a little tree that is covered in crab apples every year and when I pick a big carrier bag full it barely makes a dent. People are always intriqued as to what I am doing and ask what I am going to make. Not many people even realise that crab apples is what they are. A shame as lots of people could make lots of things with them if they only knew.

When I first found the tree, I Googled crab apples recipes as I didn’t want to make jelly, we had loads of jam and up popped this recipe – Char De Crabb. It is a 15th Century English recipe, flavoured with anise, which must have cost an extraordinary amount then. I have frugalised the recipe a bit here. It is a lovely, flavoursome tart, using foraged fruit and possibly leftover bread made into crumbs, so appeals to me on that level.

I used the anise the first time I made it, but the apples make a lovely citrussy puree, so I don’t bother now.

I have reduced the sugar in this version, by all means use more if you would like to. The recipe is vegan if that interests you 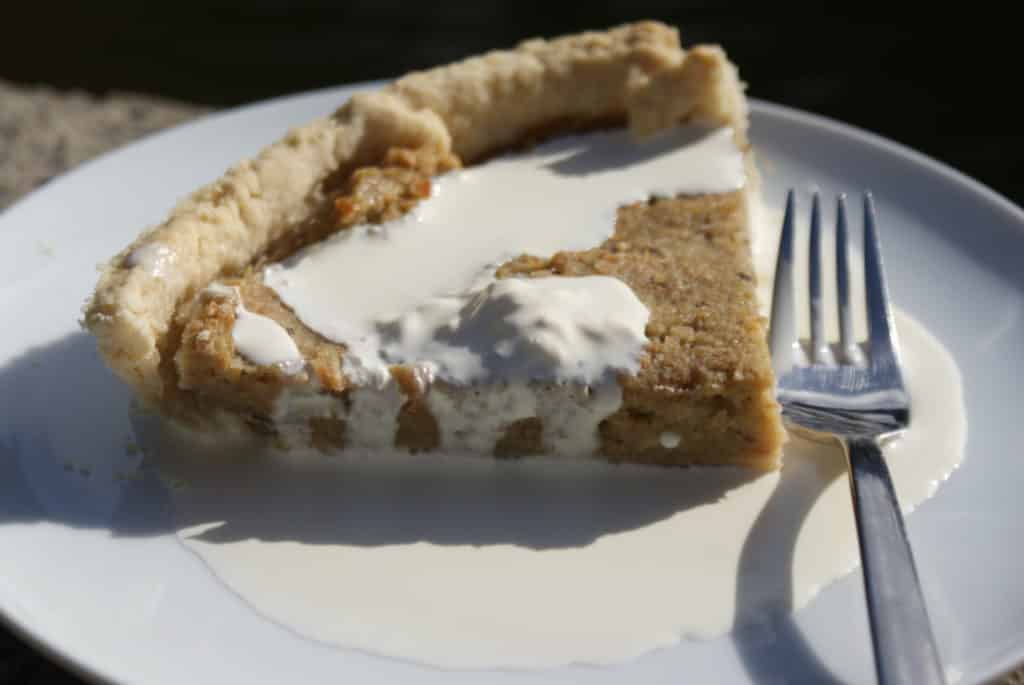 Other uses for crab apples include this collection of recipes here, or how about Spiced & Pickled Crab apples, Slow Roasted Crab Apples or Slow Cooker Chutney, or there is a Pinterest with loads of possibilities and seemingly dozens of different crab apple jelly recipes, which personally , I find a bit boring. Hugh Fearnley Whittingstall is on there with Crab Apple and Sloe sorbet, there is Crab Apple Crisp and Caramelised Crab Apples. I have loads of apples in the garden (not crab apples) and I shall be looking for ways to use those too.

Since making Char de Crabb with crab apples, I wondered about those little baby apples that drop off the tree in June, and those thinnings that are done around the same time to ensure apples of a decent size.These are some thinnings from one of my little apple trees 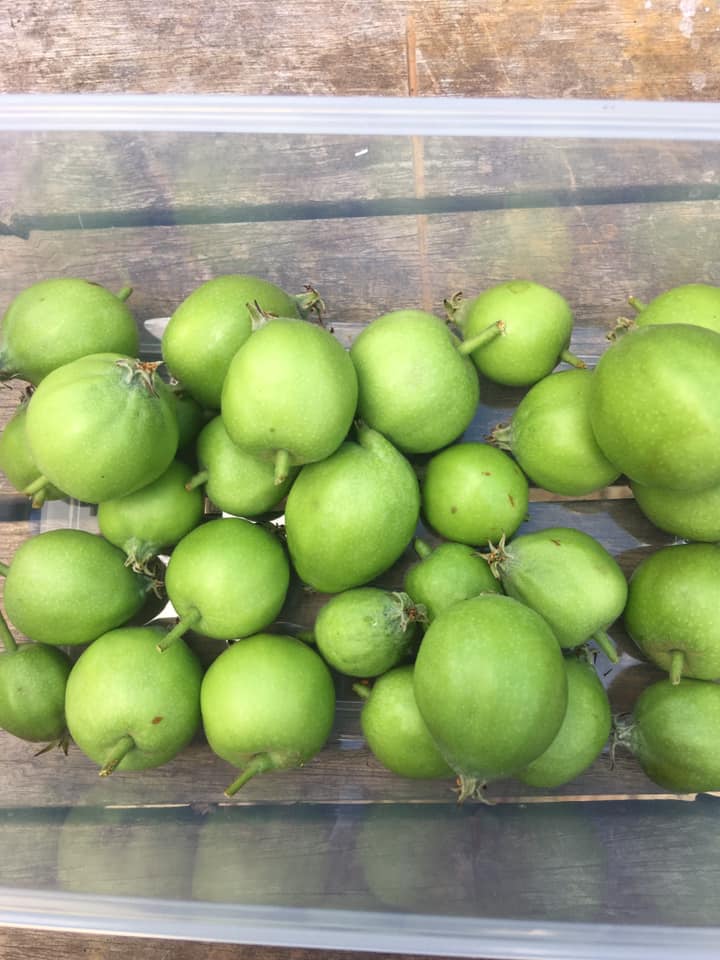 I have already explained above about using apple thinnings. You could also use any sharp apple. Add a little lemon zest and / or juice if the apples are quite sweet

You could use more or fewer breadcrumbs, I used quite a few this time as I had a lot of them

I had a huge picking of our loganberry today and was inspired to use some of those. I added the loganberries to half of the sieved apple puree and gave it all a good stir. 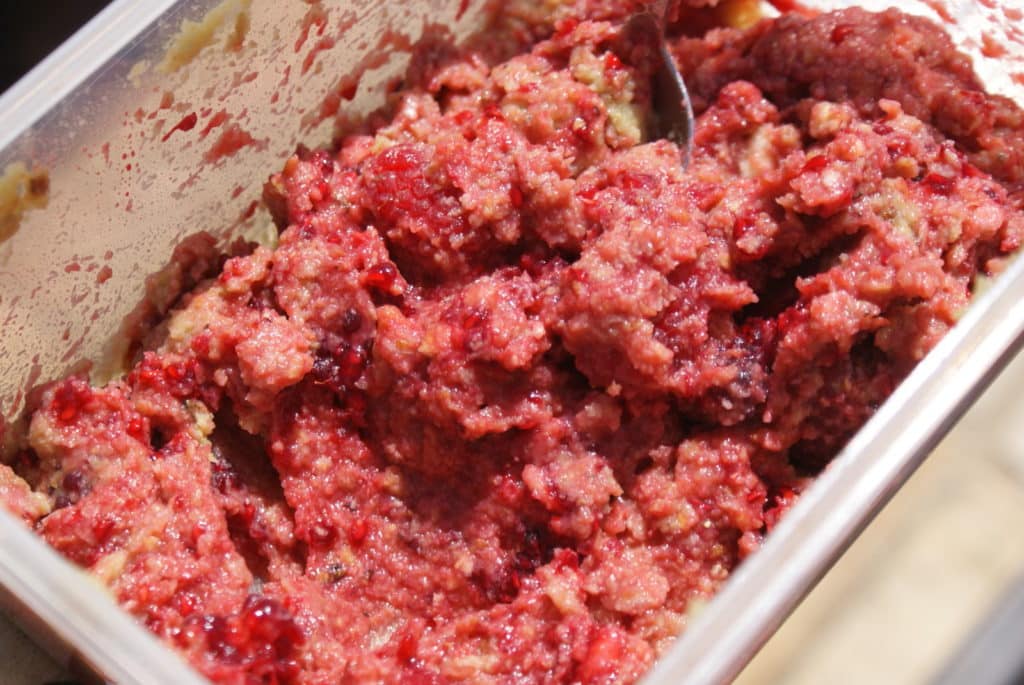 Then I added some plain apple puree to some soft cheese. That was fabulous, a great pudding in its own right. I tried the same with the loganberry version, that was fab too. 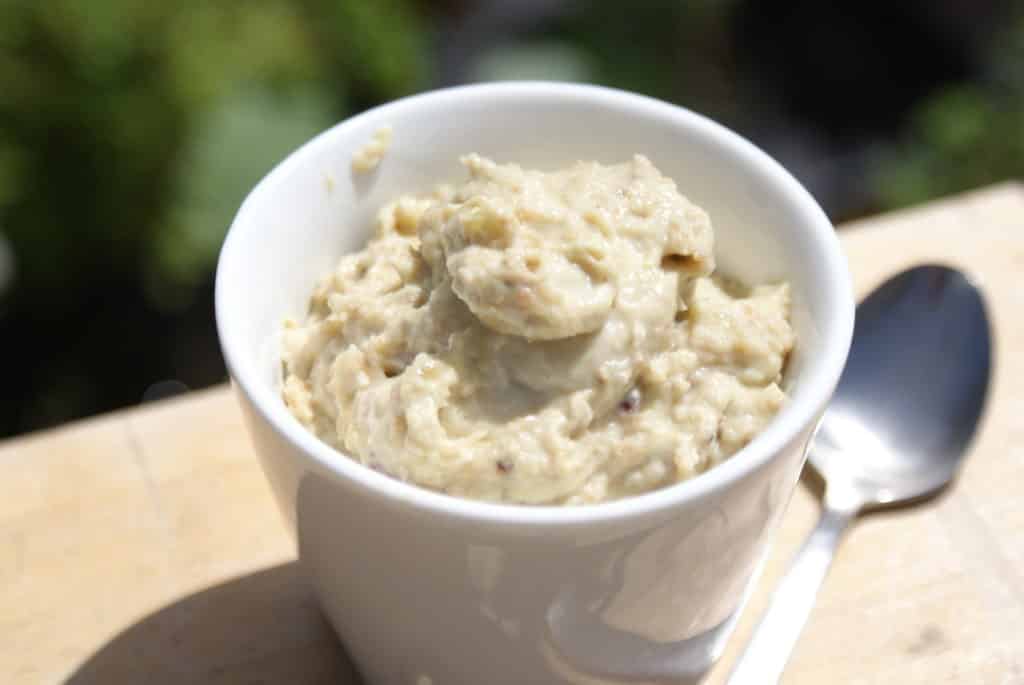 It occurred to me today, as I was making the pastry, that a crushed biscuit base with the soft cheese added version would work well with this mix, there is no need to bake it.

Ooh, or how about sprinkling crushed biscuits over the top of the soft cheese pudding in a pot, or serve with a crispy biscuit

I’m also going to try putting soft cheese underneath the apple layer, I think that would work well too

We had half of the plain tart today and I have the loganberry mixture in the fridge, might make a crushed biscuit one with that. Or I might even whip some double cream and turn it into ice cream! 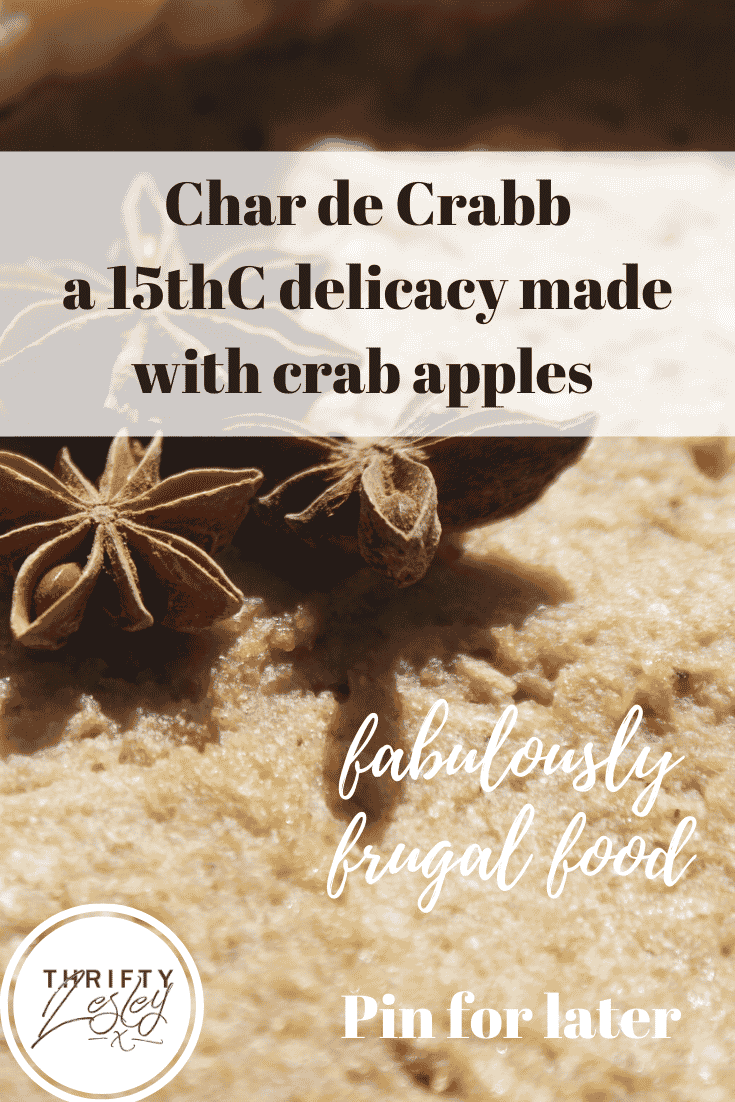 Freezes Well
Servings: 4
Calories: 765kcal
Author: Thrifty Lesley
Click on the check box to cross off Equipment, Ingredients or Recipe Steps completed.
If you click and buy anything, I may get a small commission on the purchase. It won't cost you anything extra. Some are just things that I like and/or use myself rather than necessarily best value 🙂
If you enjoyed this recipe, would you please consider leaving a review? It would really help