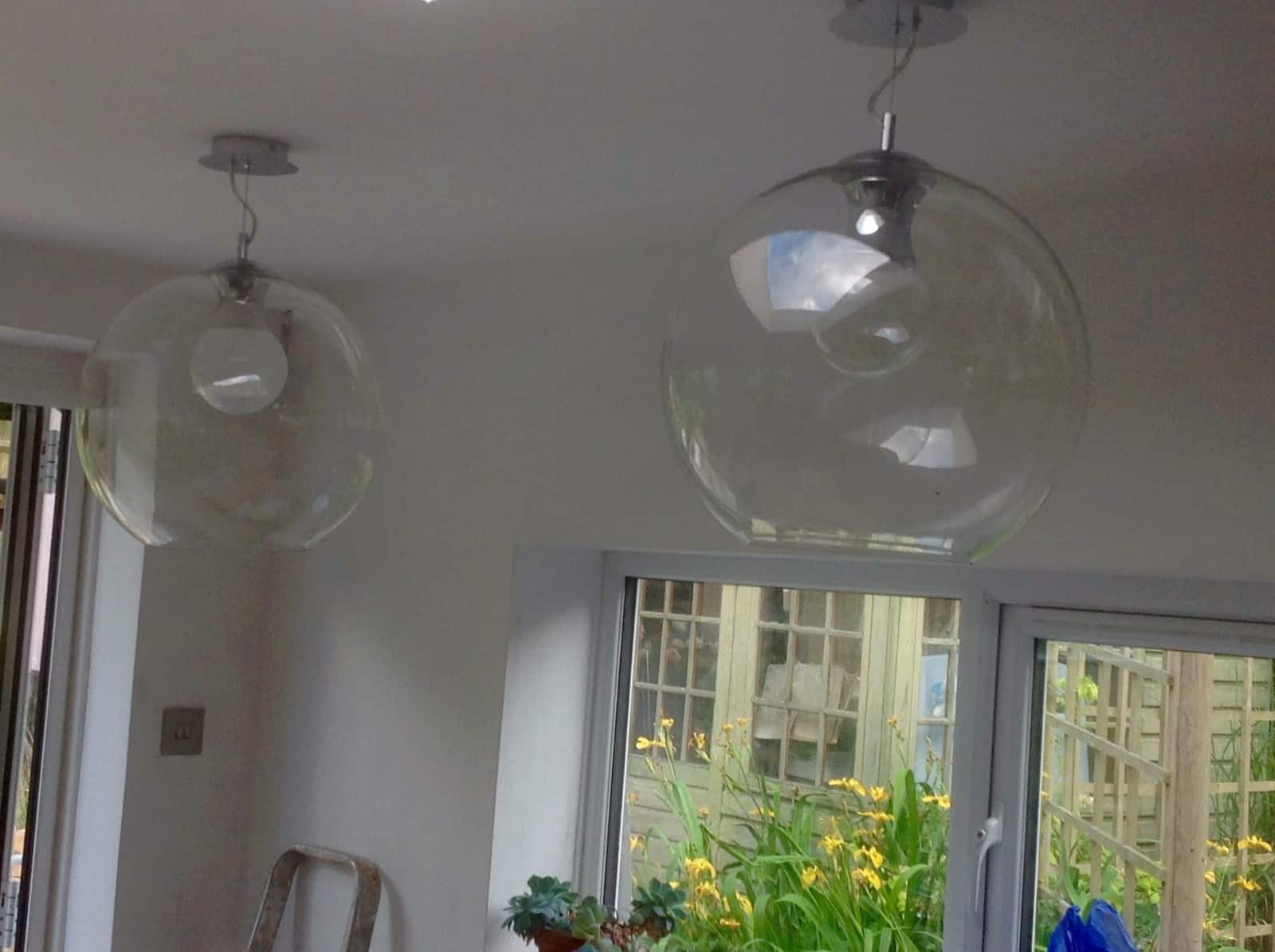 These are the lovely lampshades. The boxes had the opaque bulbs in, and I had bought 2 of the clear ones. The clear one went in last night to the one shade that was up and it isn’t particularly bright. I think that’s fine as there will be hidden LED lights round the edge of the ceiling eventually, and the shades are over the dining table, so I don’t especially want bright ones there.

When DP unpacked the 2nd shade this morning, it had a little box for the light bulb, but no bulb in it! Hence, we have one with the clear bulb in, and the furthest shade has an opaque one. I still prefer the clear ones, so we shall see.

I went to the beautician this afternoon and had my nail colour removed and new put on. Went for a different colour this time. It is actually more turquoise/jade than the photo shows. I had the nails cut down as well. They looked fabulous long with the purple gel, but they were starting to get in the way and of course, with new polish now on, they have to last 4 weeks without being trimmed. Had more lash infills done as well. She put a few in the corners this time, so I have even more of a lash bat to play with. Tried to capture the effect in a picture, but couldn’t get it. 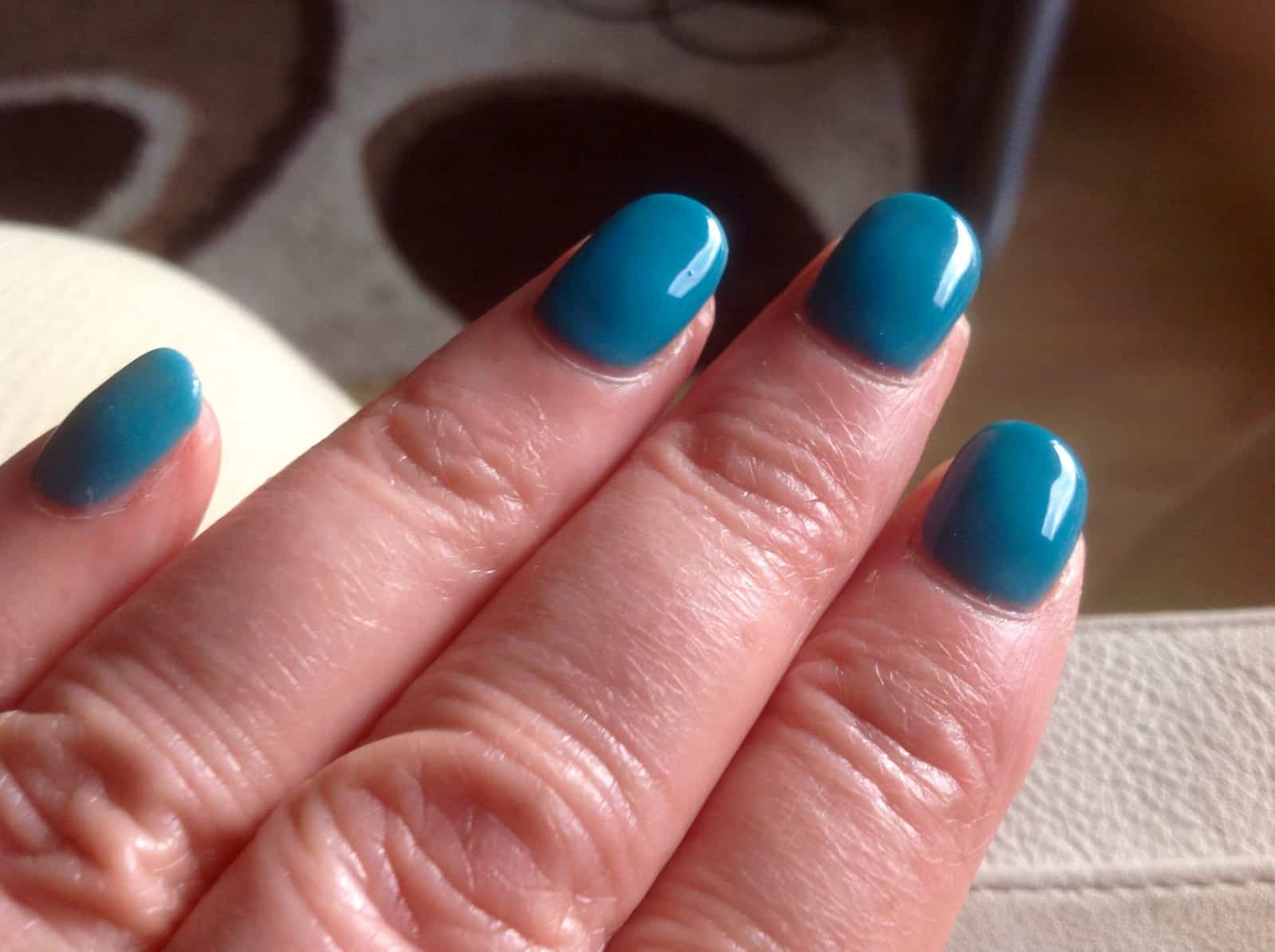 Made a quiche for tea and some coleslaw with white cabbage and carrot. Mayo and low fat yogort mixed for the dressing. And some lettuce and spinach leaves from the garden. The little jam tart is using up the pastry trimmings. 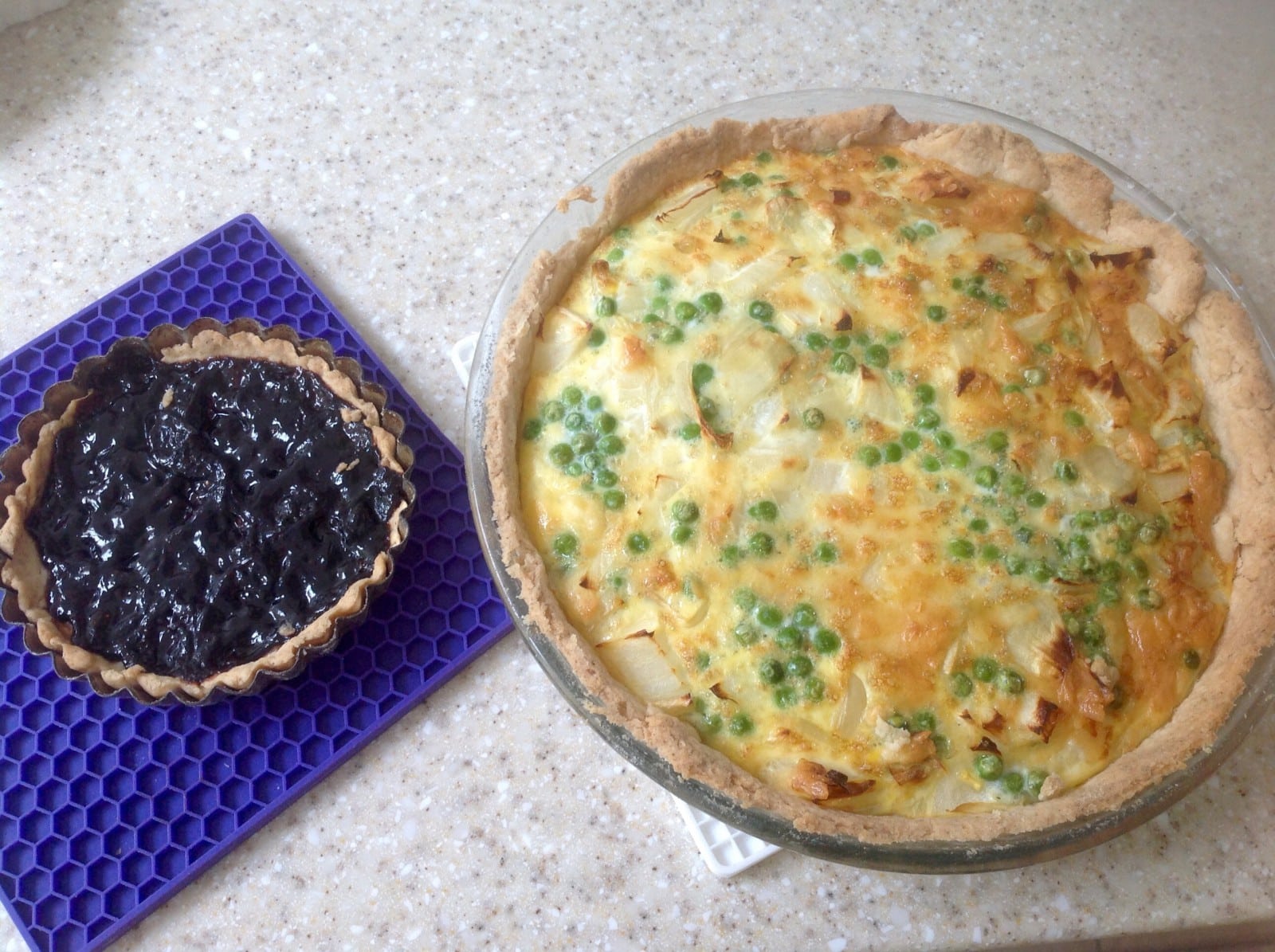 On Facebook I have been discussing with some lovely readers another meal plan. I thought I would try and do one for people with no power in the house. So no hob or oven, no fridge, and not even a kettle. My goodness it’s proving difficult. I was hoping to do it so that foodbanks could use it, so only ambient. It’s pretty hard creating something nice to eat, on £1 a day, using only items that don’t need cooking. This isn’t helped by the fact that I think tinned vegetables are pretty vile. I’ll continue to think about that, but I have got one now that is coming along nicely, with a few fresh veg in it. So, soon, I’ll publish the one I have. And I may well think more about recipes that don’t need cooking.

This is where I’ve got to, I’m going to do some more research on meals with no fuel.