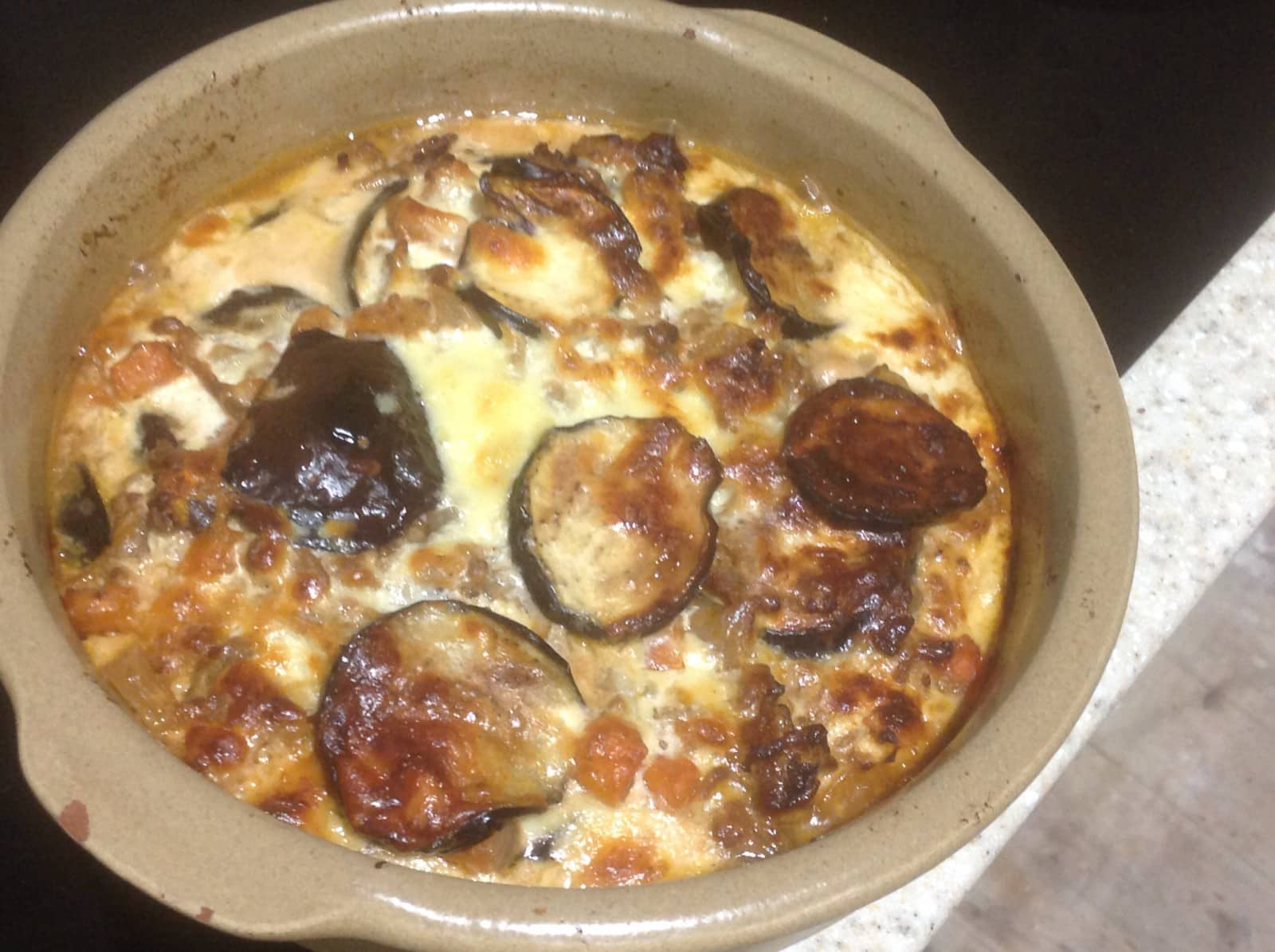 Using the lamb ragu that was made yesterday, today I made a moussaka.

I have actually ended up using half the ragu yesterday and half today. But yesterday, the shepherds pie I made for the boys working hard plastering had enough left over to feed me as well, so that is 3 portions.  I thought they were going to need more than, in the event, they did.

And the moussaka that is in the oven looks like it will also make 3 portions too. So there are still easily 6 portions from the pack of lamb.

Other than some sort of lamb ragu, the essentials for a moussaka are an aubergine and some sort of eggy, cheesy, custard.

So I bought an aubergine this morning.  MySupermarket reports that a single, loose one can be had at Asda and Tesco for 50p, Aldi 45p, Morrisons 59p. If you can get them, and will use them, Sainsburys has a whole bag of Basics ones for £1.30. Our little Sainsbury doesn’t stock them, just the single ones at 80p, the same price as Waitrose. If you have access to a market, they will probably be a better bargain there.

Assuming that you use a third of the ragu, for 2 portions

If you have any, add half a tsp of cinnamon to the ragu and mix in well. I was intending to do this, but forgot until the dish was all assembled! 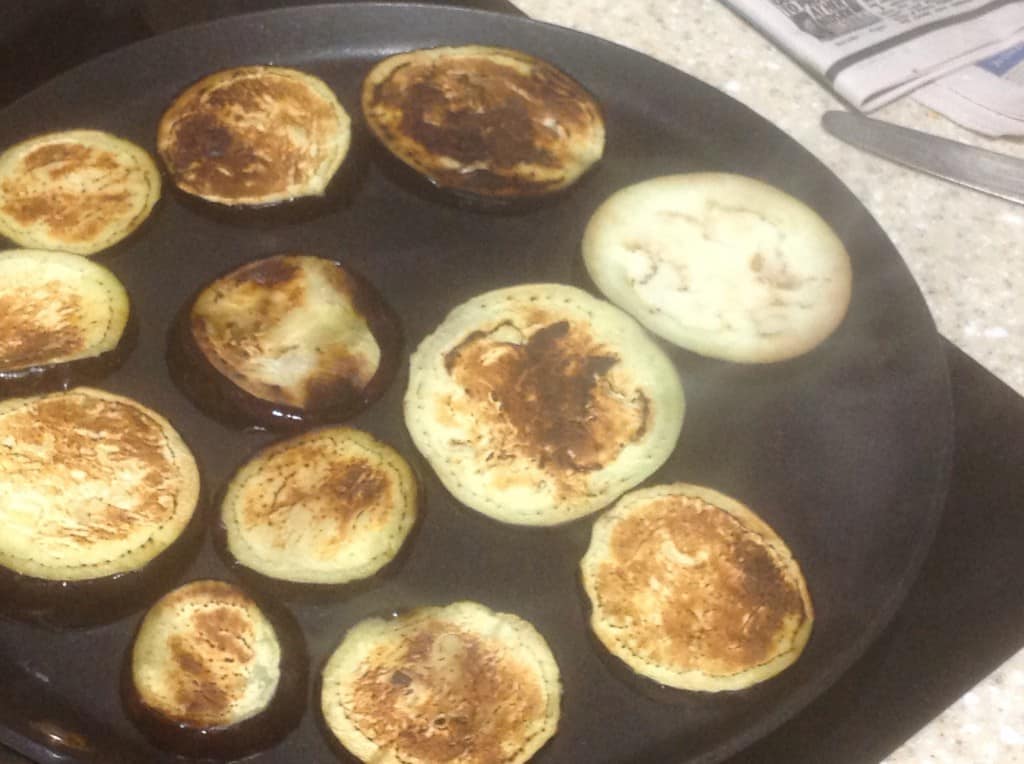 Slice the aubergine and brush with a tiny bit of oil, or none at all. This dish is fatty already from the lamb, lots of oil on the aubergine will make it unpleasantly fatty. Cook the aubergine in a skillet, under the grill, or on a baking tray in the oven until browned.

Years ago, aubergines were de-gorged by sprinkling with salt, leaving to drain, and rinsing. This removed some of the bitterness from them. These days, I never do that as it doesn’t seem to make any difference to the taste of a dish and it’s a faff to do. You do need to cook them off a bit first tho to get rid of some of the moisture from them, otherwise the cooked moussaka could well be a bit watery.

Now, in a dish, whisk together the topping ingredients and season with s+p. 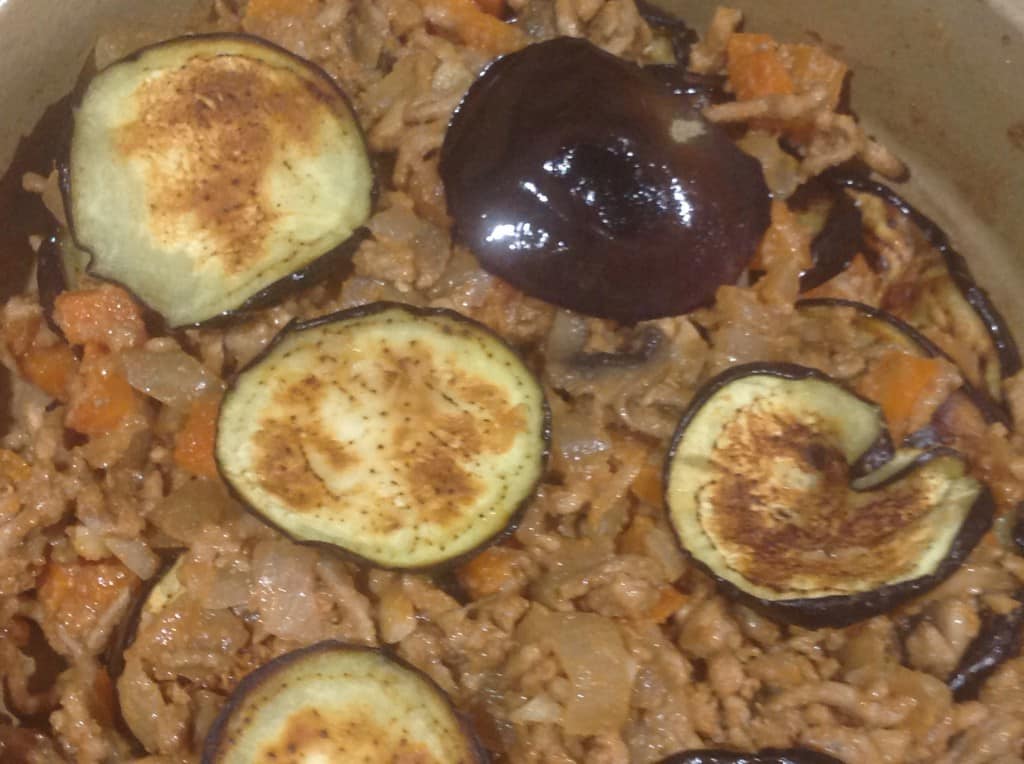 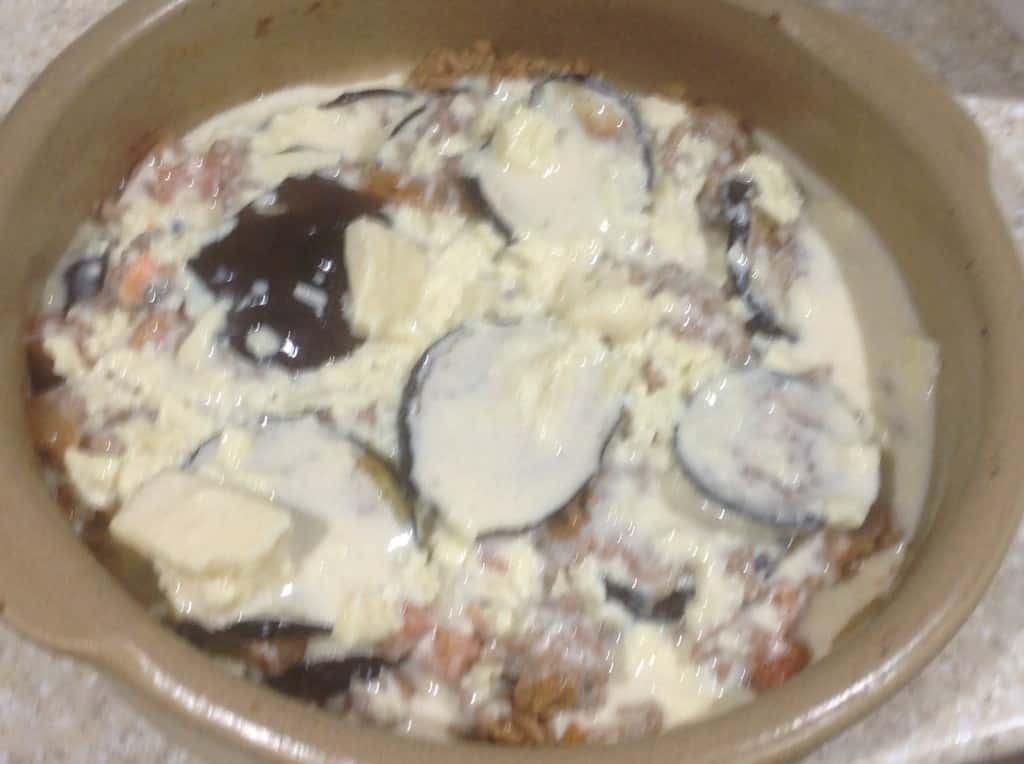 When you are ready, bake in a medium oven (180C, Gas mark 4) for 35-40 minutes until golden brown on top. Leave to set for a few minutes before serving.

I used Greek yogort (value, from Aldi) because that is what I had, any plain yogort will work as they all have that yogorterty tang.  I would have liked to use feta, but I didn’t have any in, and forgot to get any of this morning, so in the interests of economy for this post, I used cheddar. Hugh recommends using kefalotyri cheese, which I had to look up. It is a hard, yellow, sheeps cheese. Which makes sense of his alternative of half Parmesan and half Gruyere. 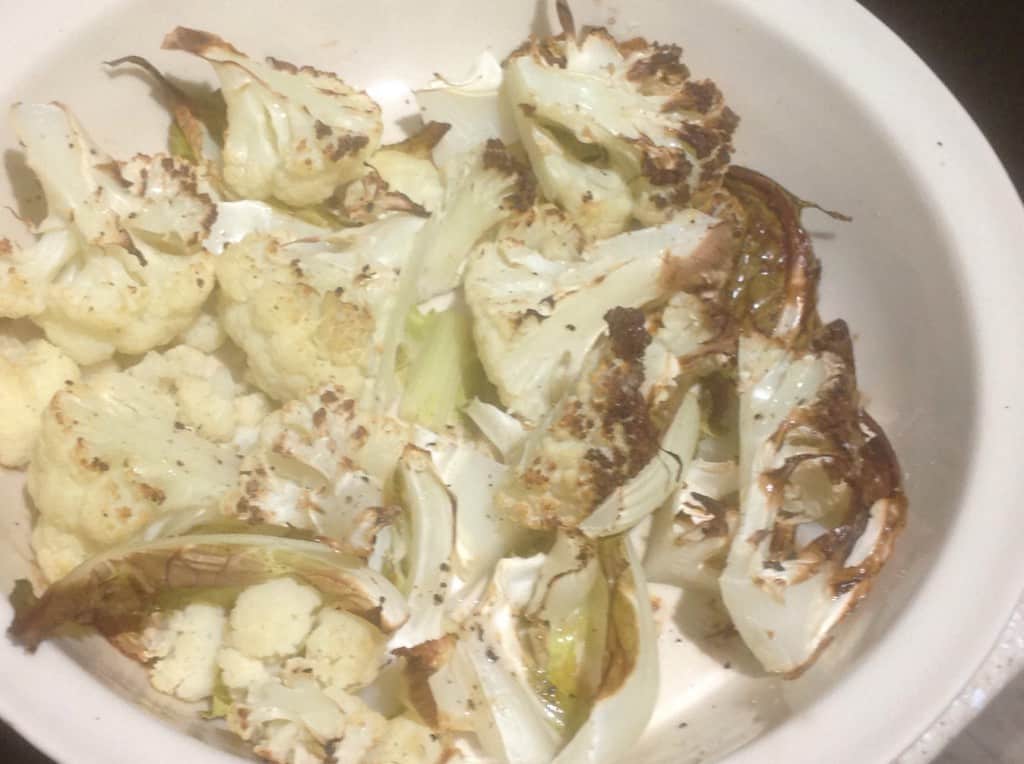 I have put a third of a cauliflower in with the moussaka to roast with it, stalks and all, to have with it. You could have garlic bread and salad. Or how about a beetroot salad I did this morning to have with my lunchtime soft cheese, carrot and lemon stuffed mini nan.  I used a raw beetroot, peeled and sliced into julienne and fried in a pan with a tiny amount of oil, just to take that raw taste of it away. Then I added a good shake of lemon juice from a bottle, a tsp of grainy mustard and a tsp of honey. I think that would go well with it, and I shall know if it does or not because there is a little left, so I shall have that with some of the cauliflower.

To stay on budget for £1 a day, see yesterdays post