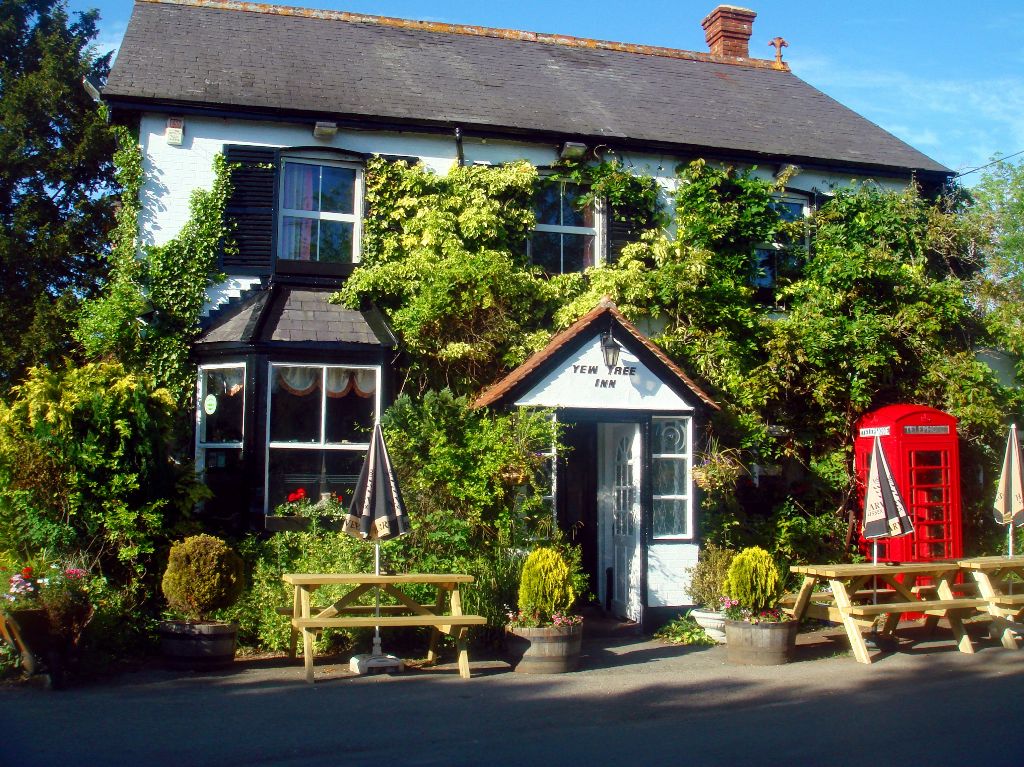 Had a lovely day today. We wanted to go for a walk yesterday, but it was drizzling all day and we are both fair weather walkers. It was much nicer today, so off we went. We’re really enjoying getting out and walking, even if it isn’t proper walking, you know, big socks, big boots, mud, stiles and bobbly hats. Mike currently likes the Yew Tree Inn at Ardingly. The fields are really gloopy at the moment, with all the rain, so we are walking on country roads. We’ve found a little circuit there, it’s a bit short, but we made it up later in the day. More of that in a bit. We had a lovely brisk walk round the little block, it’s probably 3 miles, only half as much as we want to do really, but it’s beautiful Sussex countryside. We met several horse riders and some real Sussex farmer types, out patrolling the fields. Then we went into the pub for a bit of lunch. Mike had the roast turkey and I had the lamb shank. I really like lamb shank, but a whole one is much too much, fortunately Mike always has room to have what I don’t want. By the time we left the pub the sun was shining, it was a beautiful day and we’d done 6,400 steps, not enough yet. We were home by 2pm and I was angling to do a job I had been trying to get done for a while. I’ve mentioned before that we are planning to convert the loft in the spring, so we need to empty it out of the all the usual stuff that’s stored in a loft.

When we were living at the previous house, Mike made a beautiful oak refectory table and a settle for each side. It has all had to live in the summer house until we had the kitchen extension done. I finally persuaded him that we could empty out all the summer house and get that table out. Man, was there a lot of stuff in there. We only have a small garage for Mike to keep all the work stuff he needs. It’s really narrow, and even if you could get a car in there, you wouldn’t be able to open the door to get out. Consequently, there is also a lot of construction stuff in the summer house too, wood and paint and stuff. So, indoors, Mike was dismantling our current table, and there I was, to and fro, to and fro, to and fro, shuttling stuff out on to the patio, out of the way. We extracted the table and put it into place in the kitchen. There is a bit of distortion, but himself will soon sort that out. I’m so glad to get it back, it fits in the space really well and has a lovely colour. It takes up less space width wise than the one we have been using, and I can tuck it up really tight against the settle and still be able to slide in on the settle to sit on it because of the way the legs are set. It might be operated on to make it a different shape, but meanwhile, I’ll get to use it. One of the settles is along the outside wall to be used with the table. Sadly, the other one will probably take up too much space and not be used. Although, you never know, I might find a way to use it when we have the new rooms. 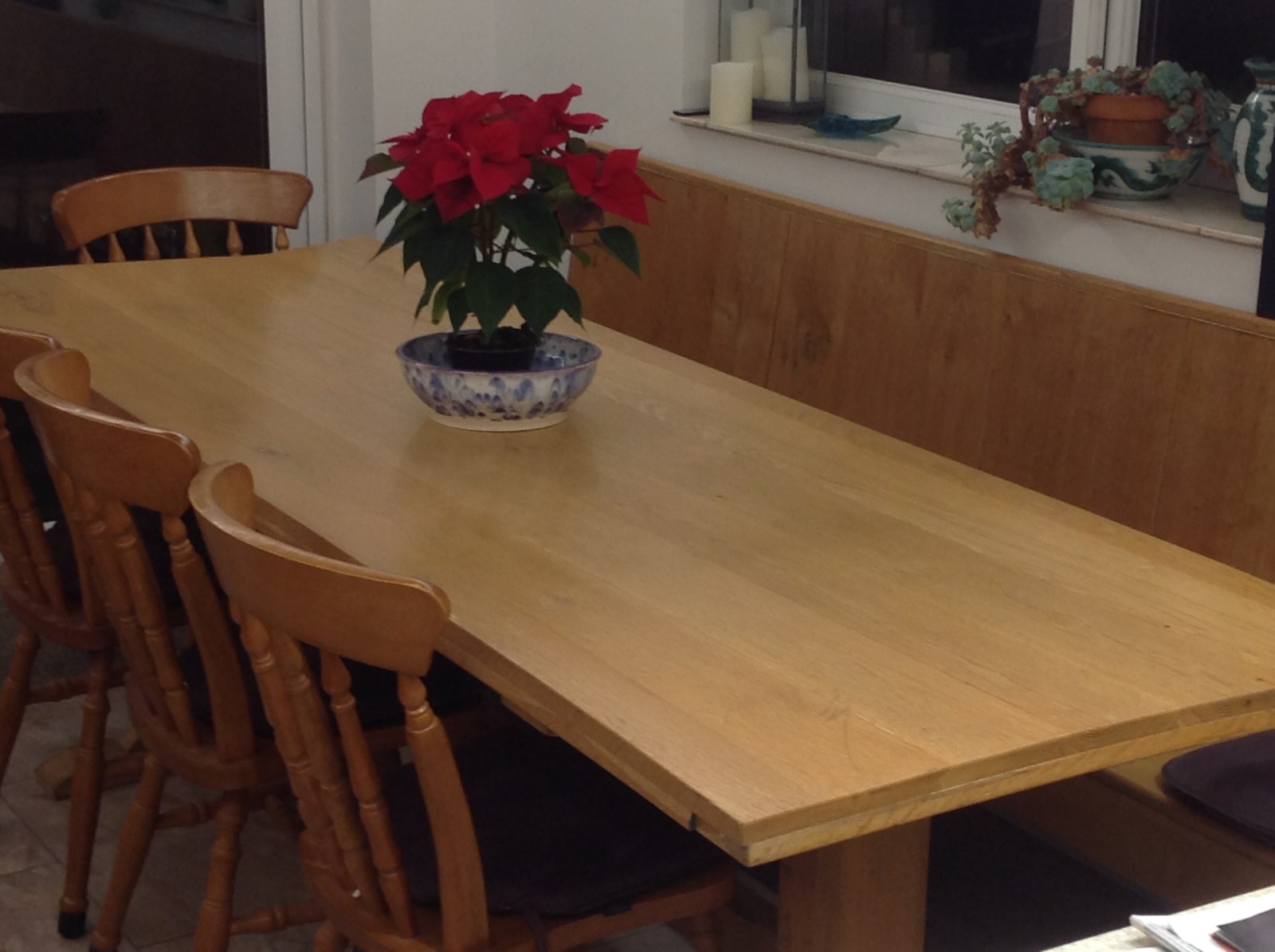 I now have a table to pass on via freecycle or to a charity shop. The autism one in Heathfield often has pieces of furniture, and there is also a newish house clearance shop that would make good use of it. I’ve already given him a lovely old metal fire surround that we’d had for about fifteen years and never found anywhere we could fit it. After heaving in the table, we now had to get all that stuff back in the summer house. To and fro, to and fro, to and fro. Phew, getting tired now. But now the step total is 10,500. Much better!

A friend has joined an initiative set up by Country Living magazine of walking 1000 miles in a year. What a great target to have, and it sounds very very long. But when I worked it out, its just over half of a target of 10,000 steps a day. So I think I’m going to do it, but up the target as I’ll be using all the data from my Fitbit, not just the miles I do on an official walk. I’m not sure what to set the target to yet tho. 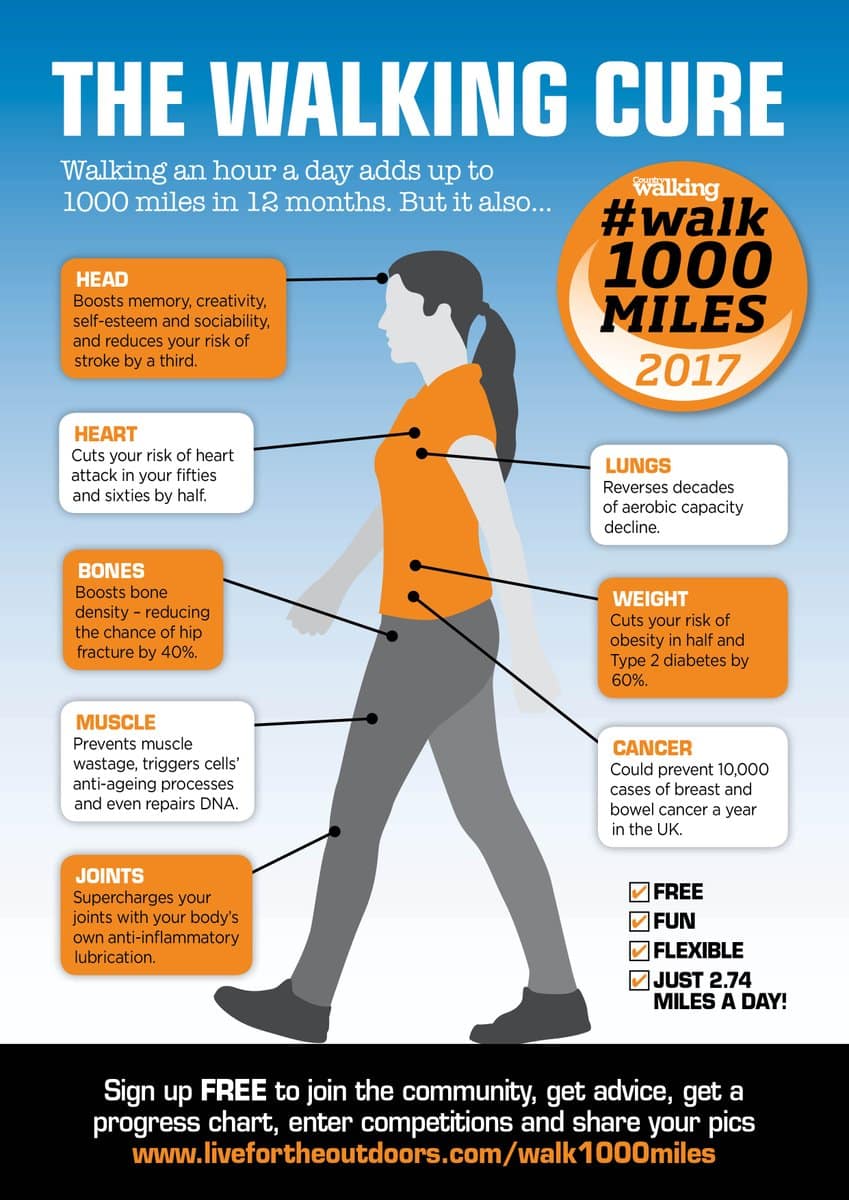