Ancient magazines and a magazine hack

Ancient magazines and a magazine hack 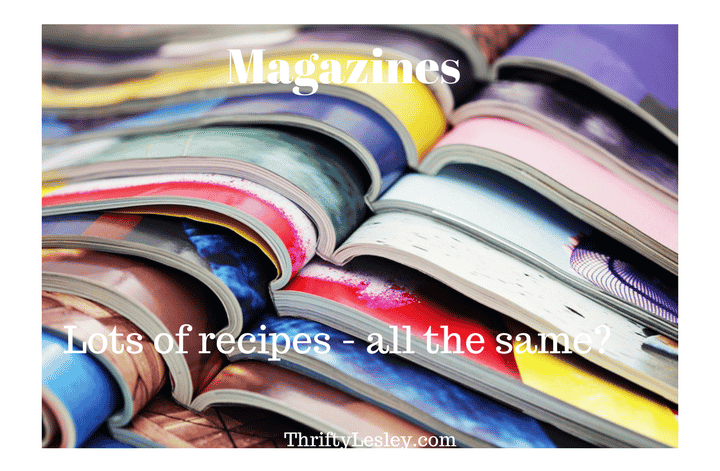 Goodness, where did all those days go since I last posted! Well, some of those have been feeling ill. Again! I had a hacking cough that started on the 18th December when I went up to Northampton to see family at Christmas. That lasted a good two weeks. Then, after a brief break, about a week ago, I started a cold. So I’ve been feeling pretty crappy this last week. It’s just starting to go now, and I’m feeling something approaching normal. I’ve had to cancel more social things again.

Not Passing On Infections

There was a really interesting talk at U3A today on Deep Space by a local astronomy group. But I try hard not to pass these things on, staying away from people as much as I can, and the monthly U3A gathering tends to have a higher than average proportion of elderly people too. So I stayed away.

Supposed to be going to WI book group tomorrow, but although much better in myself, and able to walk 4 miles today, I’m still coughing and sneezing, so am probably still infectious.

Then Thursday, I have the U3A science group and book club. Maybe I’ll  be able to go, maybe not.
.

On that walk today was the first time I’ve been out of the house for 4 or 5 days, other than a brief visit to my daughters house to check on the cat and make sure everything was alright there. It was my daughters birthday and her husband had bought her a surprise trip to Venice. How lovely!  There was much amazement and hilarity when she revealed she had also bought him a surprise trip to Venice later in the year, and to what even turns out to be the same hotel as well!! Great minds think alike it seems, and I love how romantic they are with each other.

Went to Bexhill when checking on the cat intending to have a little wander. Feeling quite ill that day, and was having trouble sleeping with so little activity. But just drove there and back in the end. Attempted to have a little walk, but it started to drizzle, and I wasn’t feeling robust enough to face it.

Whilst pretty much stuck on the sofa, I mentioned on Facebook that I have been sorting through old cookery magazines, many from the early 1990’s. At one time I had a subscription to BBC Vegetarian, Delicious and Olive, all three at the same time, so have big piles of magazines. I filed them in monthly order and yesterday, when sorting through all the issues published in February, I stumbled across a potential money saving hack. Reading through magazine after magazine issued in the same month, what I found was the similarity of content. Now, it’s hardly a surprise that a food magazine issued in February would talk about asparagus, baby broad beans, rhubarb and other seasonal delights. But as I sorted through them, tearing out anything that caught my interest, I noticed how similar a lot of the recipes were, often almost exactly the same. Again, hardly surprisingly if the base ingredients are the same.

So, the hack? If you have a years worth of magazines, you’re pretty much set for several years. My 1990’s magazines are pretty old fashioned now, but then they are coming up to 30 years oId. But I used them regularly for at least 10 years, then less often from then onwards, and not much at all over the last 5 years. But 25 years of use is pretty good going! Many people get rid of their magazines much more often than I do and they come up quite often on Freecycle. Often they are from two or three years previously, but that will make very little difference. Or you could treat yourself to a years subscription, perhaps using a Quidco offer and a subscription inducement from the magazine. A nice cook book perhaps!

I have also seen the beautiful magazine The Garden on freecycle, the perpetually useful Gardeners World (have lots of those to sort through too, and I’ve already noticed that they have a similar issue of similarity of content) and petrol heads accumulate magazines too which come up now and again. Or you could always ask friends if they have any magazines they want to get rid of.