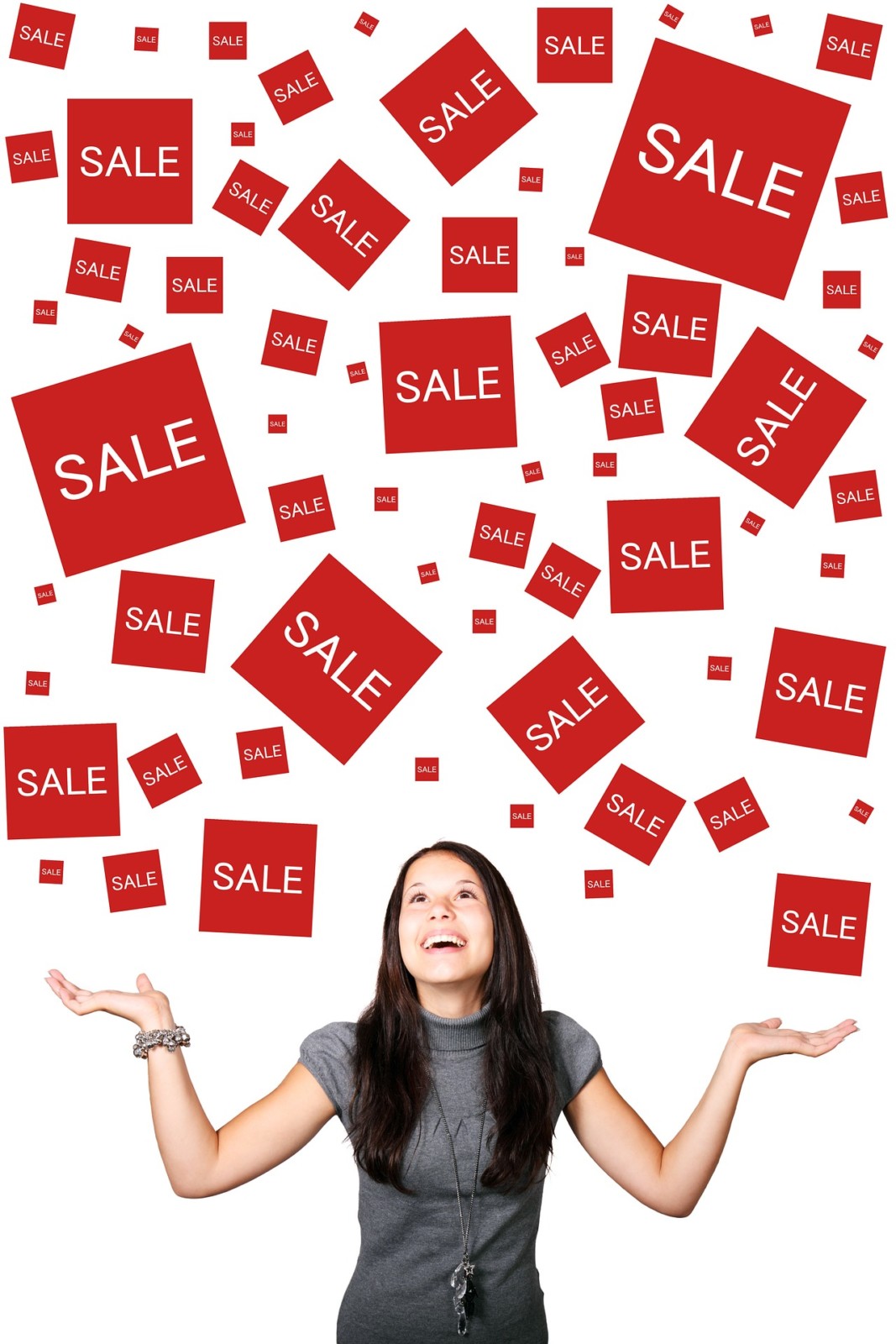 The post Christmas sales have been going a while now, since before Christmas in fact. I am quite wary of sales for several reasons.

Are they genuine reductions?

I think we all have to have our wits well and truly about us if we are to venture out to the sales.

What do you think of as the definition of a sale? I might be being old fashioned here, but to me, a sale is the disposal of stock that has been on offer at the same place, at a higher price, and has not been sold.

Often, sale items are not that at all, but have been bought in especially. There might be a handful of things that have massive reductions to get people in the shop (although they may well be special purchases too), but what about the rest, are they reductions, or cheaper, not particularly good value special purchases?

Are the sale items things that no one actually wants?

If the items being offered really are actual reductions, are they the dross that no one else wanted? Do you really want the dress, sofa, shoes or paint in a style or colour that will look old fashioned by next year, or wasn’t that desirable in the first place?

If you feel the need to tell everyone just how cheap that special sale bargain was, did you buy it because you wanted it and, hopefully, needed it, or simply because it was cheap.

Am I being drawn in by sales techniques?

If you don’t think you would do that, how many times have you been into a supermarket to buy just bread or milk and come out having spent £30 having succumbed to various offers (bought just because they were cheap?). Have you ever bought a BOGOF because it seemed good value, knowing, even as you bought it, that there was no way you would be able to use it before it went off?

Most people in the U.K. throw away as waste 20% of the groceries they buy, which would suggest we are being sold at least 20% more than we need. And I use that phrase deliberately. We are not so much buying stuff as being sold it. The entire advertising industry is built on persuading people to buy, buy, buy.  Having a sale is just another ploy to try to persuade you to buy.

Do I actually want what is being offered at all? 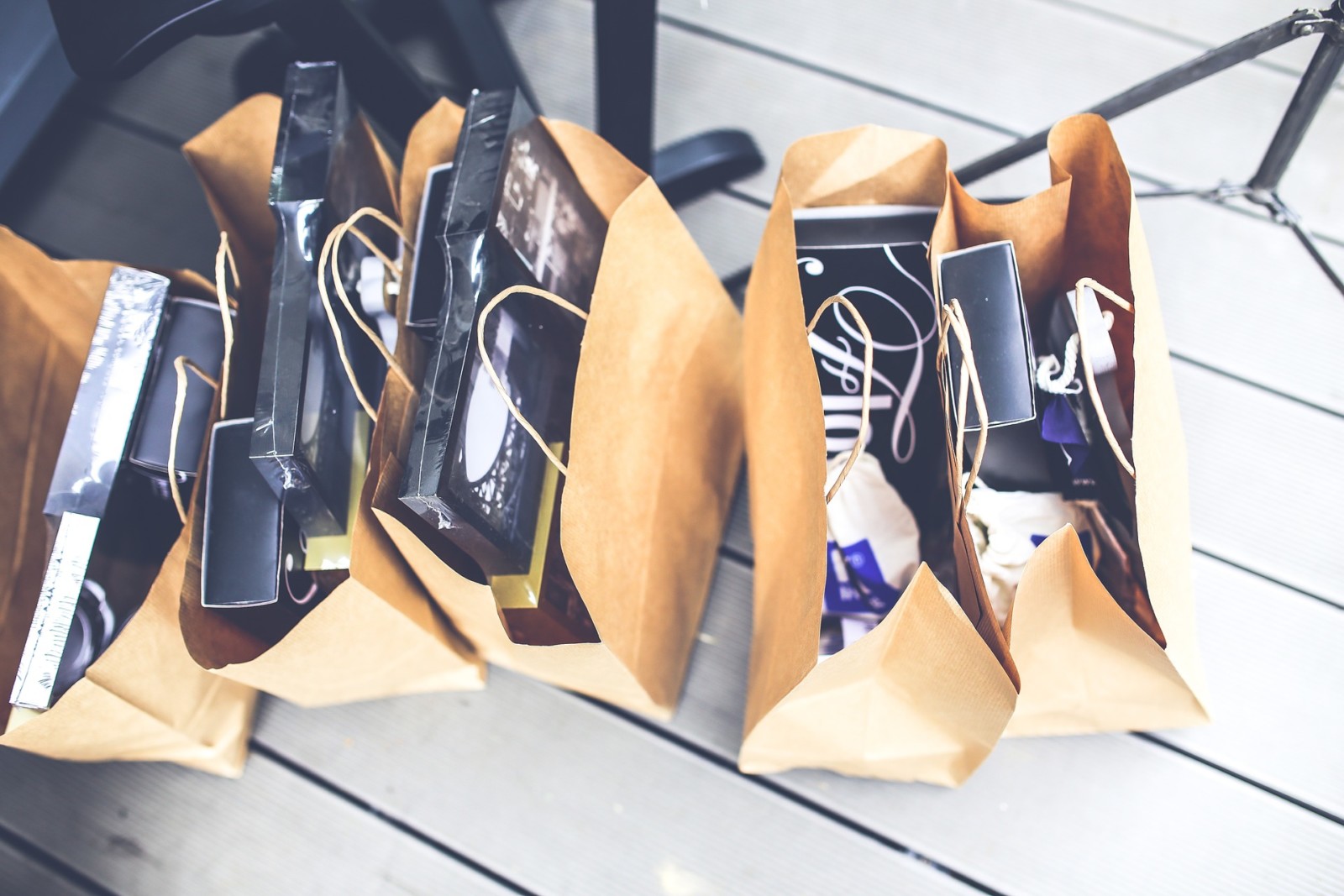 Over the hundreds of years I’ve been on this planet, I’ve found that I’ve saved far more money by buying what I want and/or need as the want or need arises, and not when external factors, like sales, are telling me that now is when I want it.

It’s much like eating really. What decides when you have had enough food – the portion on your plate; the size of the packet of biscuits; your mum being upset if you don’t eat it all, or the simple fact that your body is telling you it’s had enough now thanks, you can stop eating.

Sales are much the same. Have you got a planned purchase you’ve been waiting for the sales to make? Are you going with a shopping list of possible purchases if you can find a bargain? Great, fill your boots. Are you going to go out and see what you can get cheap?  Not so great. Be careful you haven’t got a sign on your forehead saying ‘sell to me, I’m ready to buy anything’

If, like most people, myself included, you regularly have to declutter, it’s odds on you are being sold stuff you didn’t actually want to buy in the first place. How long did you have to work to buy that so called bargain. How much better would your life be if you hadn’t had to work to pay for all that stuff you’ve just taken to the charity shop.

So,  my number one tip for saving the maximum amount of cash at sale time is….. don’t go to the shops at all.

Faggots are a traditional British meatball made from offal, especially pork, with herbs and onions for flavouring and breadcrumbs to stretch them out. The offal is minced and is usually a combination of heart, liver and fatty pork belly or bacon, although beef is sometimes used. I’ve used just pork liver in this version.

Faggots are popular in Wales and the Midlands of England. Faggots were popular during the 2nd world war as offal was not on ration, but declined in popularity over the next few decades. Faggots are now making a comeback and can be found in supermarkets under the brand name Mr Brains, although I understand that these can be a little watery compared to home made

Faggots are still a very cheap meal, currently (April 2020) costing 30p for a generous portion. Traditionally served with mash and peas, and of course, gravy, I think mushy peas would be fab with these.

I wanted the taste of sage, but don’t have any in the garden at present. My heavy, wet, clay soil finished it off over the winter and I need to get another plant, or grow some seeds. I had a rummage in the larder and thought I could use some stuffing mix. So I added three heaped tblsps of it to the bowl and squished it all together with my hands. That worked beautifully

If you don’t have a processor, chop the onion finely. You should be able to breadcrumb the bread by chopping it with a large, sharp, knife on a big board. Just keep chopping away, the whole length of the blade, and the bread will get smaller and make breadcrumbs. If you have a liquidiser, you could do it in that. The liver will chop down quite quickly with a sharp knife. I wouldn’t use a liquidiser, it will process it too finely and, erm, liquidise it.

Serve with a big pile of mash, gravy and a vegetable or two. Comfort food at its best.

I shall have 1 portion this evening and freeze the rest, for another day. I might even have another portion tomorrow, I am supposed to be using up what’s in the freezer, not keep putting more stuff in it! Even if you are not a fan of the strong taste of the cheaper pigs liver, you should be alright with these. The breadcrumbs dilute the flavour so that they actually taste quite mild.

You could cook these in a slow cooker too