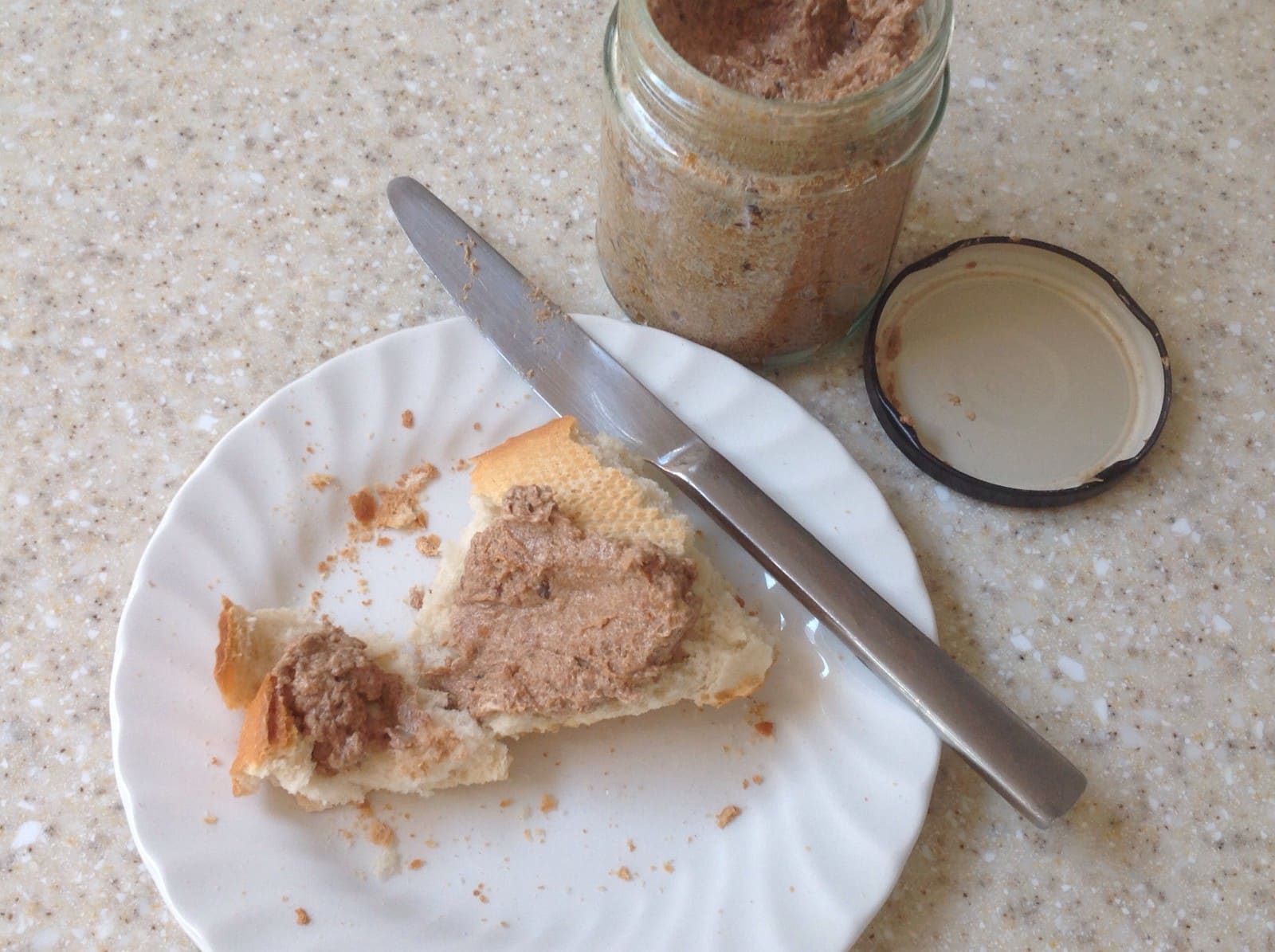 After yesterdays flavoured and potted cheeses, todays sandwich filler is a chicken and sun dried tomato paste. Simple and delicious.

My sun dried tomatoes came from a big container of them with a best before date of 2010!! But they look, smell and taste absolutely fine, so I use them. Obviously only now and then, or I would have used them up by now! I soaked them in a little warm water for about 20 minutes, they were still quite hard, but I bunged them in the jug anyway. I had to add the tomato soaking water as well to get it to go to a paste.

On tasting it, it was perfect, no other flavourings needed. DP had just come back from Sainsbugs with a fresh, crusty baquette, so I put some on a little bit of that. Mmmm, delicious, the texture was good, not watery, (after adding the soaking water, I was wondering if I would have to add a few breadcrumbs) the tomatoes flavouring it deeply and the preserved lemon singing through underneath.

If you buy a chicken paste, a value one is 25p for 75g, with the rest ranging from 38p to 79p. This paste works out to the equivalent of 42p for a  75g jar, the advantage being, of course, that you know exactly what is in it, and can vary the flavourings according to what your family like. Also, if I was doing this on minimum resources, I would do it the week I was using a whole chicken. Then when I simmered the carcass for stock, and picked off those little bits from the carcass afterwards, I would use those little bits of meat to make this, making the chicken almost, sort of, free’ish. You could use chicken thigh or drumstick meat, which is cheaper than breast. I generally prefer the darker meat, but don’t have any at present.

The sun dried tomatoes could well be got for less, this was the only one showing in Asda on mySupermarket today. You could use whatever spread you use in place of the butter. The  meat could be turkey or beef. You could use a few dried mushrooms, or frozen or ones in a jar instead of the tomatoes. Be careful with the dried mushrooms, they are very strong. You could use a bit of tomato puree, add a little at a time, until it tastes how you want it. You could add a few fine chopped capers, or olives.

You could add a bit of the chicken fat from roasting a chicken for a bit of extra flavour, or dripping from the joint for a beef version. You could add some fine chopped herbs, thyme, basil, rosemary or sage, or a pinch of dried mixed herbs.

Add any salady bits to your sandwich, or in a separate container.

How else can you use your chicken and sun dried tomato sandwich paste?

You could turn the whole thing on its head, and use the paste as a pasta sauce, or on a jkt potato. I was going to say, add some cream to make the sauce, but that would be too much fat really, so maybe some natural yogurt if you want to, with a spritz of lemon or zest if you have it. 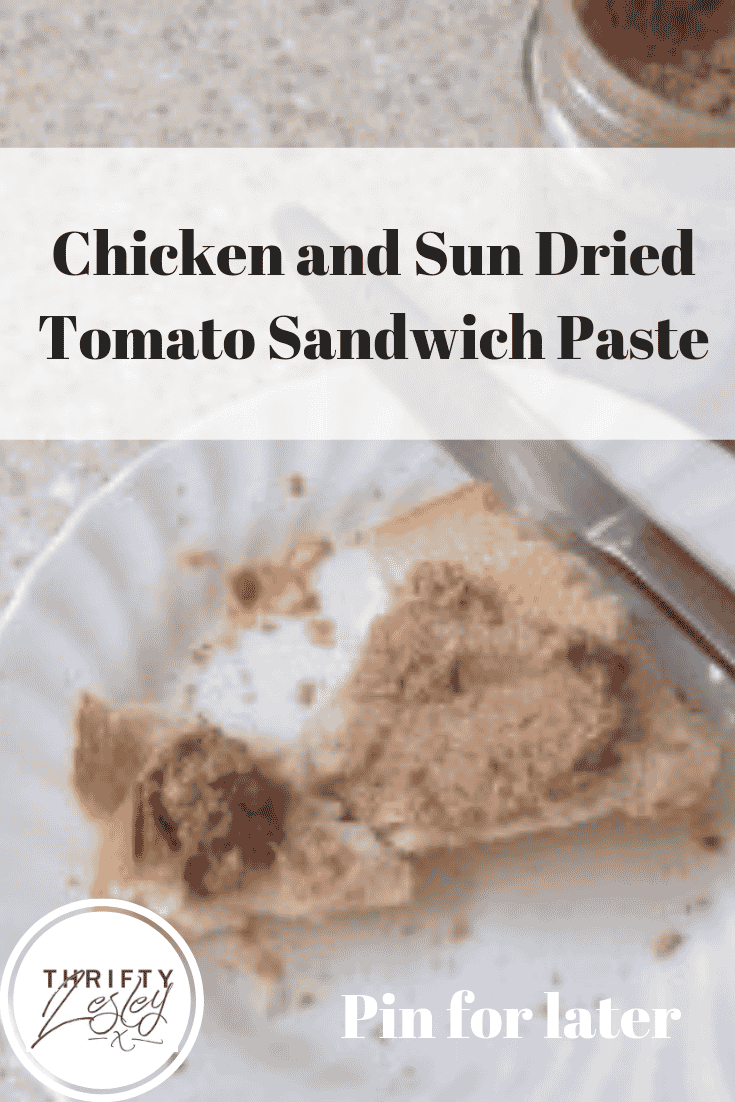 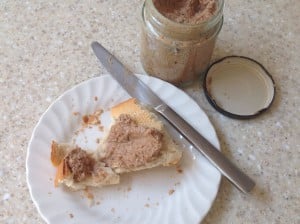 Freezes Well
Servings: 12 20g tblsps
Cost per portion 5p a tblsp
Calories: 47kcal
Author: Thrifty Lesley
Click on the check box to cross off Equipment, Ingredients or Recipe Steps completed.
If you click and buy anything, I may get a small commission on the purchase. It won't cost you anything extra. Some are just things that I like and/or use myself rather than necessarily best value 🙂
If you enjoyed this recipe, would you please consider leaving a review? It would really help

The finished paste filled a jam jar and when I weighed it (excl the jar)  it was 250g, so 12 sandwiches using a 20g tblsp per sandwich with two slices of a value wholemeal loaf, 2p, that's 7p a sandwich. Preserved lemons may be hard to find. You can make your own easily enough, but they wouldn't be ready the same day. In their absence, try a squeeze of lemon juice, and/or a grating of lemon zest