How to bake a loaf to perfection using a meat thermometer

How to bake a loaf to perfection using a meat thermometer 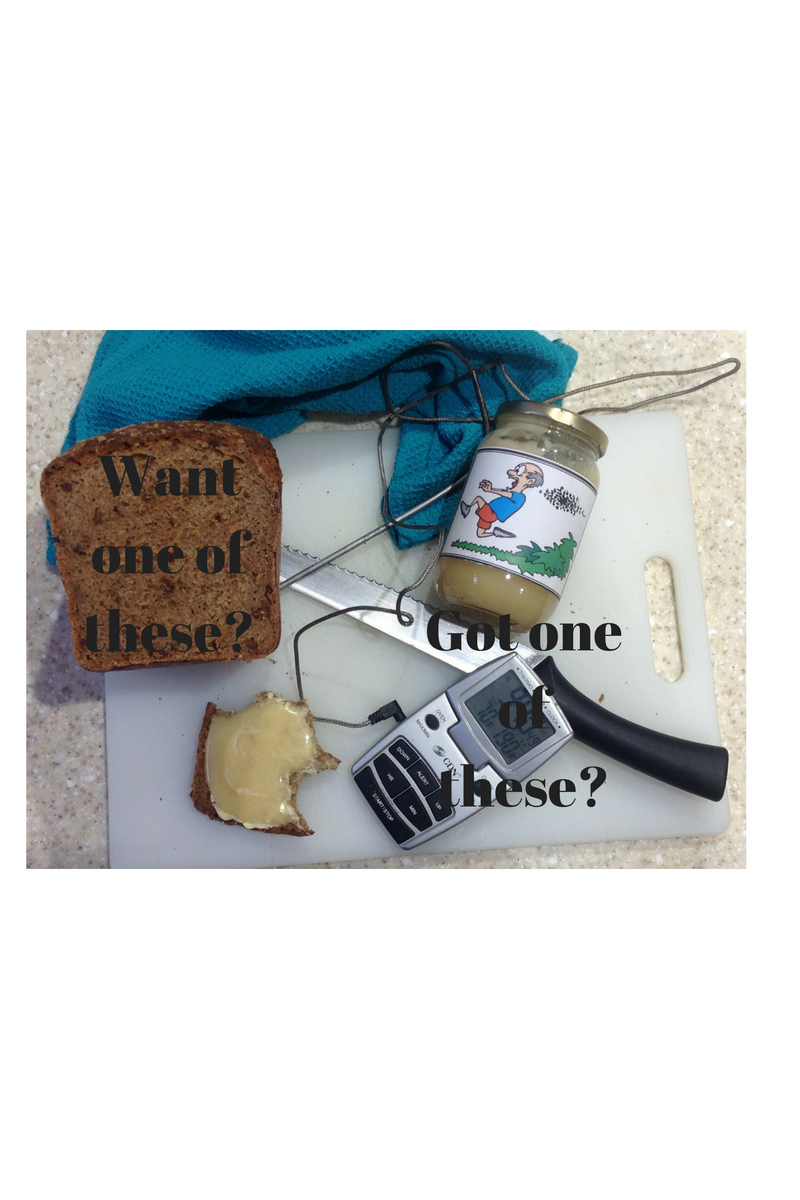 The walking is going really well lately. Have upped the target to 12,000 steps a day after our Swiss holiday. Still not managing it every day, but more and more days, I do. We walked from The Beachy Head pub to the lighthouse this Sunday, that was almost 10,000 altogether. Meant to kill off the remaining 2,000 when we got home, but ended up snoozing instead!

I’ve found a very strong link now between exercise and if I am able to sleep or not. For the last few months, I often have nights where I’ll wake up after two hours (almost exactly two hours, strangely ) and then I’m awake for the rest of the night, getting up after two hours awake, to read. If it isn’t that, I’ll just lie there, wide awake for a couple of hours, at which point, I’ll give up, get up and read until 4am or 5am, after which I’ll get that crucial two hours sleep.  I have now noticed that if I get 10,000+ steps in, or go to the gym, I’ll sleep well. But I’ll also be very tired after the exercise, and often desperate to sleep once I come back from walking/ the gym. Sometimes I’ll sleep on the sofa for an hour, and still sleep at night, but it gets in the way of what I need to do in the day. If I do 4,000, 5,000 or 6,000 steps, which isn’t too shabby, I just won’t sleep. So feeling a bit stuck between a rock and a hard place right now. If I can shift more weight, that might help the fatigue. I’m hoping.

Lunch at the pub

Got those steps in today by walking to the pub and back!!  12,000 today (proud face). Met a couple of friends there for lunch. We all ended up having a glorious seafood linguini with the most marvellous lobster sauce. Yum YUM!

Had to leave Mike with instructions on exactly when to take a loaf out of the oven, as it wasn’t cooked by the time I had to leave. I’ve been making granary loaves with Approved Food flour lately, got a lot to use up! On Great British Bake Off, when they had their loaf week, one of the bakers mentioned in passing that a loaf is cooked when the inside reaches 190F / 88C degrees. I was intriqued by that, so, the next time I baked a loaf I put that to the test using the meat thermometer. Once the loaf had firmed up and was well on its way to being baked, I tipped it out of the tin, put the thermometer sensor in it and set the temperature. Once the temperature had reached 190F, out it came and we waited impatiently for it to cool down. Once cooled and sliced, it was perfect! I am inconsistent with loaf baking. Sometimes I take them out, knock the bottom and all seems fine, but once cooled the middle can be a bit puddingy. Either that, or I leave it in so long to be sure,  that the crust is extremely hard, and the inside can be a little too dry. Don’t very often hit that happy medium. So this is great for me, a definitive guide to when the loaf is baked ‘to perfection’ as they say in the cooking shows.

I am writing the home made cleaning stuff post, with all the links in, but I’ve been really busy and not getting enough time to sit at my desk and get all those links in. It is coming