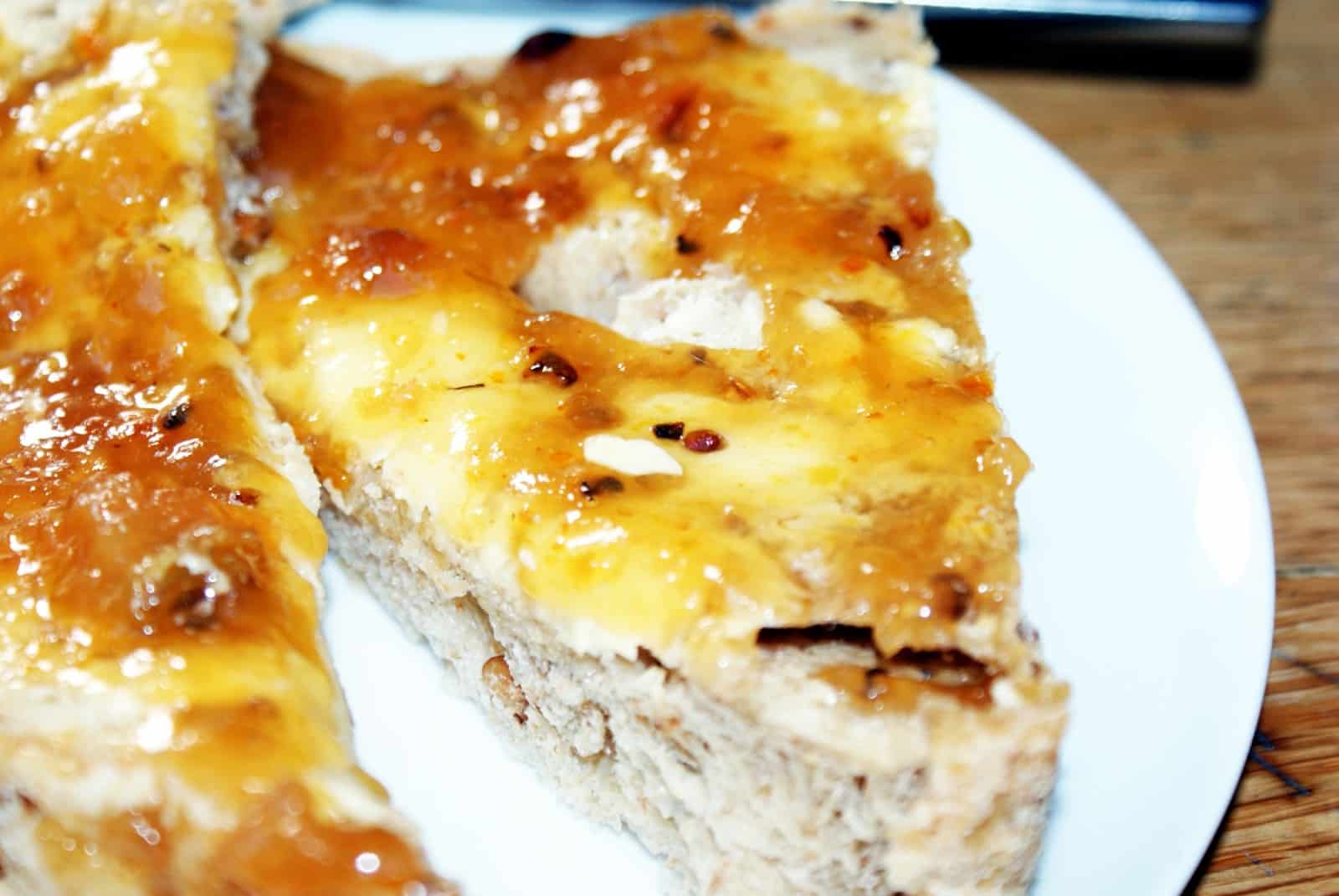 Our little apple trees are usually very generous and I give lots of them away. We have a Discovery, a very early variety, that doesn’t keep and indeed should be picked and eaten still standing by the tree to enjoy it at its best. It’s a huge cropper and I share a lot of these, emphasising not to keep them in the fruit bowl, but to eat them quickly.

Next up are the Scrumptious, a red skinned and truly tasty type. Keeps well and has a long season.

Then along come Braeburn, which you will know from the supermarket, although home grown is like home baked. Much nicer.

Then, about now, we have Lord Derby. A green skinned variety, some of which grow huge like a Bramley. They are good for both eating and cooking. They had started dropping, so I picked up the windfalls and wondered what I could use them for. 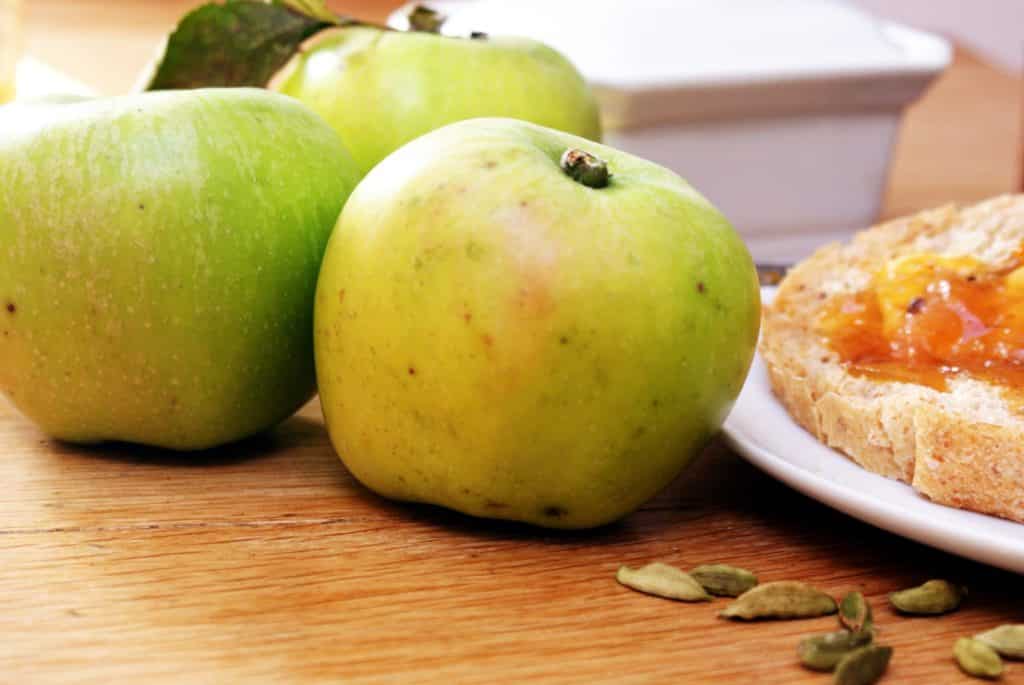 This year, I thought I’d make some apple jam to preserve some of them, and I’ve also got my bottling jars out and canned some as well. When I was looking for inspiration, I came across a recipe that included cardamom seeds. Intrigued, I thought it sounded different and interesting and worth a try. It was also called French Apple Jam, which I hadn’t heard of before. There’s not a lot about it via Google, except that it needs to contain cardamom seed to be called French Apple Jam.

Having worked on Cheap Family Recipes on the Apple Curd recipe, I also thought I’d try it using the entire fruit, excepting only the stalk.

I keep most orange peels (in the freezer) and when I have a few, I simmer them in a little water until they are tender, then blitz them. They are incredibly tasty in all kinds of things. I often have some to flavour yogurt, or porridge, and they make a cake something special too.

I thought a little in the jam would be interesting, just a little, to give an under flavour 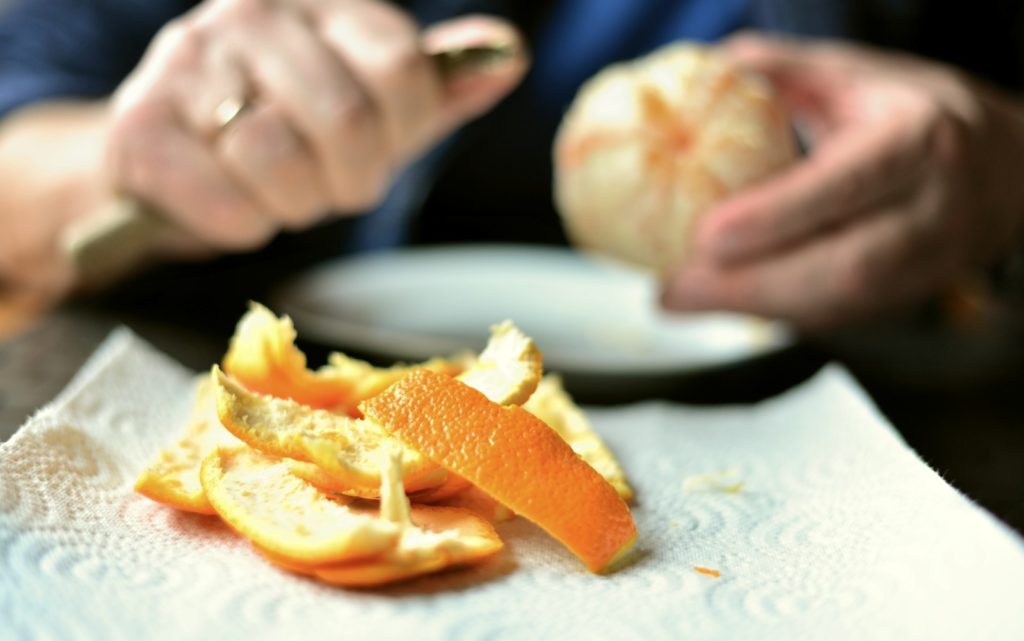 Absolutely delicious! I expected to get a very firm set, but it actually came out a very soft set, which still works fine. The flavour has a delicate citrus undertone which is just what I was after.

I used 2 tsps of cardamom seeds, which I thought seemed like a lot, but gave a subtle flavour. Next time I might use ground cardamom as I’d like to see what it’s like with more of that taste

I have costed the recipe using purchased apples, but of course if you can get hold of some by foraging or know someone like me who has an abundance, this will be much much cheaper

Some other jam recipes on Thrifty Lesley

Home made sloe and apple jam

Plum Jam, 18p a jar if you have foraged fruit

Home made apricot jam. Fresh and wonderful, and better than even the poshest versions you can buy! 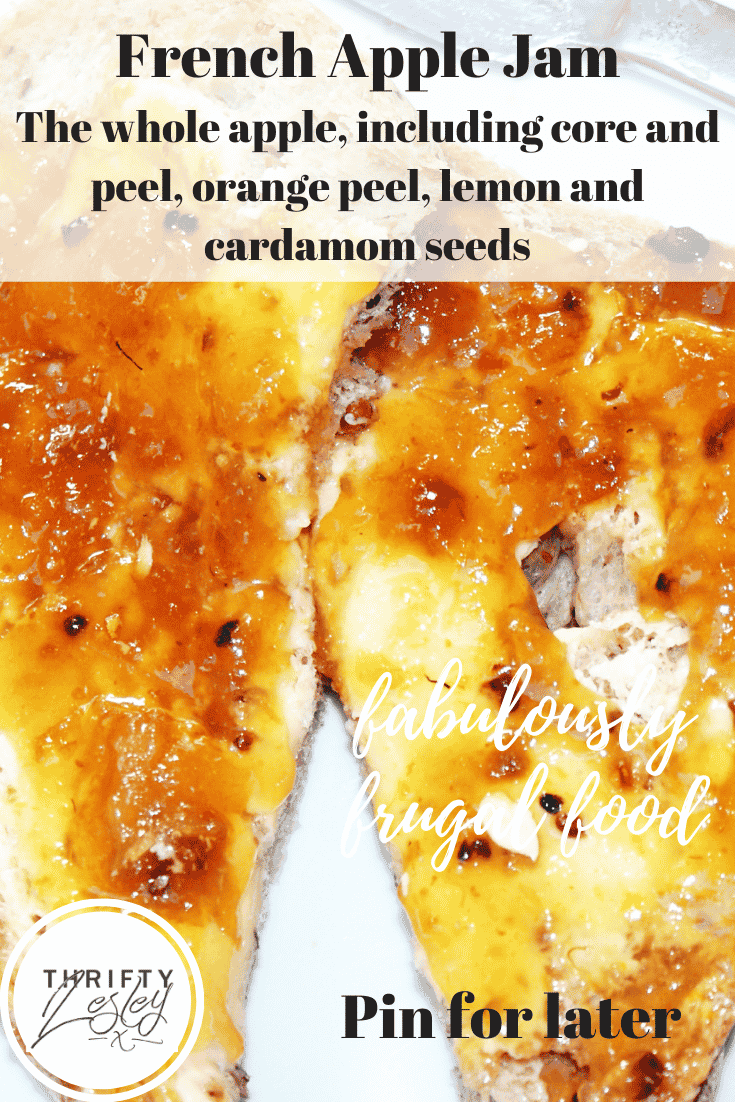 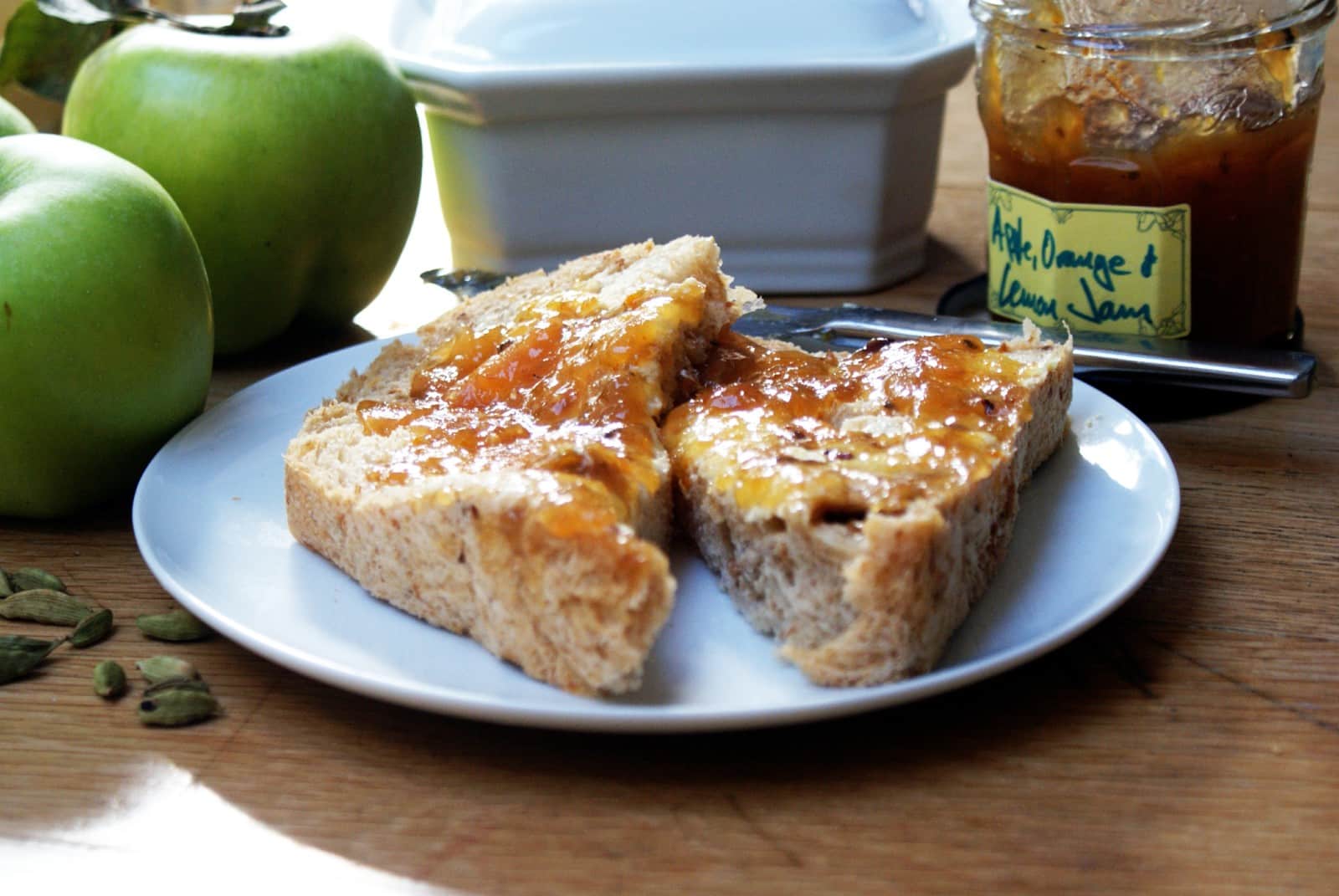 Vegetarian
Servings: 6 400g jars
Cost per portion 54p a jar using purchased apples
Calories: 30kcal
Author: Thrifty Lesley
Click on the check box to cross off Equipment, Ingredients or Recipe Steps completed.
If you click and buy anything, I may get a small commission on the purchase. It won't cost you anything extra. Some are just things that I like and/or use myself rather than necessarily best value 🙂
If you enjoyed this recipe, would you please consider leaving a review? It would really help