A garden visit, youth re-visited and salady musings on the bus

A garden visit, youth re-visited and salady musings on the bus 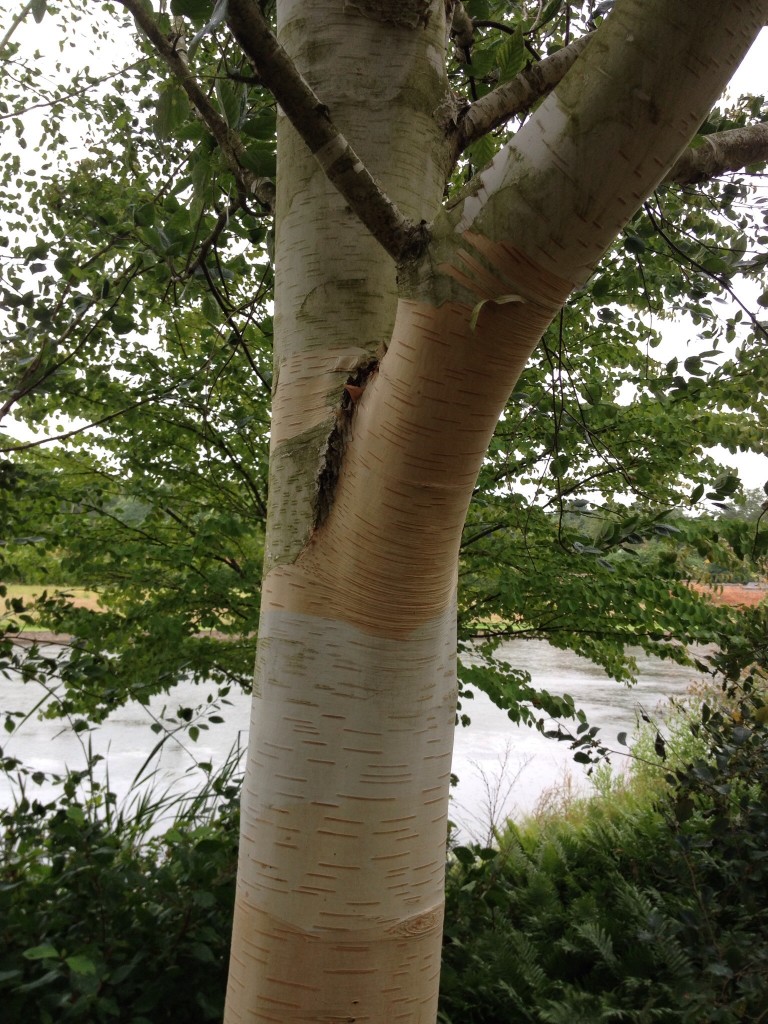 I was out all day yesteday, from early until 9:30, and no time to do a post. We caught a coach from Chiddingly, organised by their Horticultural Society. They have an annual outing, on a coach, to two gardens of interest. One of my friends from WI lives in Chiddingly, so she asks me to come on the outing.

This year we went to Green Island Gardens, near Colchester, Essex, and Marks Hall, an arboretum in Coggeshall, Essex.

The first one is privately owned, 22 acres, and when we walked up the drive I said to DP, this looks like someones house! To get to the garden, we actually had to go through part of their kitchen which felt rather intrusive. It’s a very attractive garden, laid out in lots of beds. Essex tends to be rather dry and there were a couple of gravel ‘rivers’ with drought tolerant plants, that have NEVER been irrigated. Those plants wouldn’t like my East Sussex wet and heavy clay!

The second one was a huge and peaceful place. The fish were obviously used to being fed as they crowded round everytime anyone went near the bridge over the lake, gaping their great mouths at us. They looked a bit like cat-fish, whiskery and huge.

I was rather hoping to see these Old Gloucester piglets while we were there, but they were hiding away in their shelters, the weather was showery. 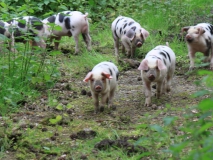 As on my last group outing on a coach, there was a long and tedious journey. On the way home I was amusing myself by thinking up salads. Elaine Colliar, over on Mortgage Free in Three, has been thinking up salads for a forthcoming book, ‘Al Desko Dining’. I love large salads, so inspired by this idea, I began riffing on the theme of some kind of bean or pulse, some veg and a dressing. This is what I came up with on the coach

Cannellini beans, sun dried tomatoes, sliced gherkin, grated carrot on a bed of lettuce from the garden. Dressing a honey, mustard and lemon juice one.

I haven’t tried any of these yet, so I don’t have any pictures. But I think they would be delish.

We got back to Chiddingly at about 7:30 and were dropped off in the pub car park, the Six Bells. DP was dying for a pint and they serve Directors there, one of his favourites, so in we went, with my WI friend and her husband.  We all had a bite to eat there too. I had belly pork ribs, which were very good indeed. I hadn’t been to this pub before and I really liked it. It was stuffed to the rafters with bikers and there were loads of shiny bikes parked outside. I used to ride motor bikes in my youth, so I enjoyed the spectacle and all the leather and tattoos on show. They often have live music there, so I’ll definiteley be going back.

I am doing the 5:2 diet again today, so no big salad today. But I may well knock up one tomorrow, just to see what it’s like. Do you have any favourites?